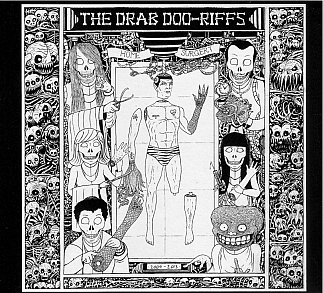 Because Elsewhere has had to adopt a policy of not reviewing EPs (just so many full albums without inviting that particular landslide) Auckland's Drab Doo-Riffs -- three EPs and the vinyl-only Aquatic Ape Theory -- haven't had a mention in these pages.

We sneakily rectify that because Home Surgery 2009-2013 is a 17 track compilation of songs pulled from their back-catalogue (five from Aquatic Ape Theory) so we can now hail their very antipodean take (the unashamed Kiwi accent of singer Karl Stevens) on late Fifties/early Sixties sci-fi infected B-grade trashy rock'n'roll where garageband meets surf rock.

Inspired by that loud, fast and out of control music of an American generation that got into heavy petting at the drive-in while watching Plan 9 From Outer Space, the Drab Doo-Riffs serve up thick slices of energetic retro-pop which is very hard to dislike because of its bratty enthusiasm and nod-wink references.

If the likes of rockin' Eddie Cochran, surf instrumentals, Dead Moon, Dale Hawkins and early Star Trek have any appeal, then this enjoyably loose and raucous collection is most definitely aimed right at you. 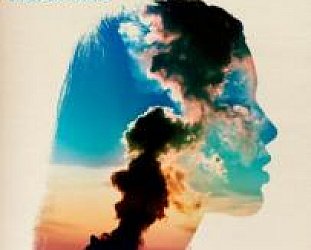