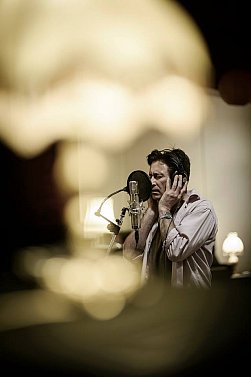 A Sunday morning 2012. My daughter’s waiting for her poached eggs, my fiancé is checking out travel deals on the net (a much promised, much delayed New Mexico holiday - making records ain't cheap!) and I’m sitting at the table picking on my acoustic guitar.

My previous album Edge of the City with my band The Trains had been released a couple of months earlier. It was my dark, rock noir record (sample lyric “I blame myself/ I don’t know why/ am I payin’ for the crimes/ for which I was never tried?”).

It got great reviews but didn’t trouble the charts. Part of me was ready to call it a day. And then, sitting there, I came up with Broken Lights, New Mexico. I looked down at my notebook and saw the phrase "forget the past/nothing’s happened yet". Right then I knew that trip wasn’t going to happen.

But other things did – band members quit, moved to New York and got busy with other things. By June 2013 it was down to me and longtime guitarist John Segovia (I could make a record without John but it wouldn’t be that good). We’d meet up on Sunday afternoons and play, but it was all feeling a bit sad and autumnal.

On my iPod, along with BLNM, 10 songs raised their eager hands. These were more outward looking, more melodic, people could use them for their own ends. Although I thought Edge contained four of my best songs, I wanted to explore new terrain; along with “forget the past” that insanity definition mantra “doing the same thing, expecting different results” was knocking around my head.

Don’t get me wrong - I love Lou's Berlin and Bruce's Nebraska as much as the next guy, but I also love classic pop music – the Brill building, Goffin/King, soul and R’n’b, Son of a Preacher Man, Misstra Know it All and I was getting increasingly interested in electronic sounds ( I loved Yeezus).

I wanted to make a record that delved into different rhythms, styles and sonic textures, a record I’d want to listen to. Most of all I did not want to make a downer record.

My pie-in-the sky blueprint was nothing less than Stevie’s Innervisions – funky, political, tender and tough - a record that gave you a sense of a city and its people, living and breathing.

Most of the songs on FTP were written in 2012/13 while Egypt burned (Cities in the Distance) and while much of the Far North high-tailed it to mining jobs in Aussie if they could (Working Poor).

They’re about rush-hour ennui and domestic dramas (Jaywalkers, Sleepless Kid), not forgetting a few nods at Tin Pan Alley moon-in-June romance (There She Goes, Honeysuckle Love). My favourite song might be Summer in the City – about grabbing a sad-sack friend by the scruff of the neck and taking them out to the beach on New Year’s Day.

The last song Winter Sun was inspired by talking to someone who hadn’t lived through a winter for years -- they could afford to hop hemispheres and did. No walking along Bethels Beach to the caves on a cold winter’s day for them! 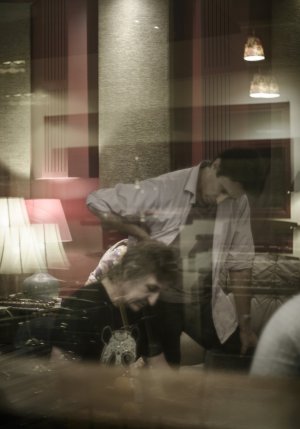 If I have any talent when it comes to songwriting it’s that I have a good bullshit detector and whenever these songs came on my iPod – as demos – they passed.

And when I caught my nine-year-old daughter walking round the house singing The Good, Summer in the City and the shouting chorus of Cities in the Distance I knew I was onto something (don’t worry she was back to Lorde soon after).

But that probably undersells him.

Anyway, I suggested Wayne have a listen to the demo of Jaywalkers, try a loop behind it, (I was listening to lots of hip hop). He did, brilliantly. I laid down a vocal track soon after. It was different, not what was expected.

Wayne agreed to produce and he’d get Olly Harmer to engineer at The LAB. (You can’t underestimate the importance of an engineer – it’s all about wavelengths in the end, and being on the same one.)

Next I hesitantly sent out emails to the musicians I wanted. To my amazement they all agreed – suddenly I had the infamous Wayne Bell/Mark Hughes rhythm section, John of course as well as guitarist ace Andrew Thorne and keyboard player Nick Duirs from the Calico Brothers (turns out he could sing like an angel too.)

The band (Andrew jokingly calls them The Working Poor) was now a three guitar, keys, bass, drums line-up. We rehearsed – a lot - in a great little practice studio in Takapuna called The Bassment (Lorde used to practice there before she was Lorde), blue plastic walls and the North Shore’s best covering For Today next-door. 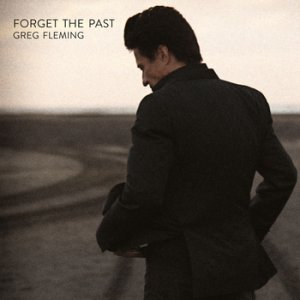 That’s where the album came together.

Musically Wayne led with the groove. He played with time signatures (the middle eight of There She Goes), rhythms (Working Poor went to New Orleans), settings (the loping, r’n’b opener Nobody which Dianne Swann reckoned sounded like the S.O.S band if fronted by Mick Jagger – and I’m pretty sure it was a compliment!) but most of all Wayne cut things.

Whole verses went from Cities in the Distance and The Good, Petty’s dictum “don’t bore us/get to the chorus” was cited more than once while recording.

So, what have I learnt making this record?

-- The effectiveness of a chorus dissipates the longer it takes getting to it.

-- And New Mexico is a long way away.

Forget the Past -- reviewed at Elsewhere here -- is available now on Bandcamp - (if you download from Bandcamp the artist, rather than Apple or similar, gets to keep more of the money which means - in a perfect world – the artist will be able to make another record next year and, yes, streaming royalties are crap)

So go here and get the download for just NZ$8 or more and come and see us play.