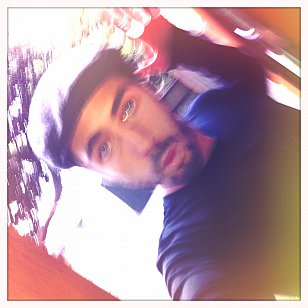 The word generalist -- which Bowie applied to himself in the late Seventies -- is perhaps the best term to describe Mikee Tucker of New Zealand's Loop Recordings.

Check the credits on the new Fly My Pretties album (reviewed here) and he's there as the group's producer and tour manager, as well as co-conceptualist with Barnaby Weir. And one of the creative directors with Weir, art director Hayley King and Olivier Jean (who directed and edited the impressive DVD). Oh, and he's credited as being one of the photographers too.

He's appeared previously at Elsewhere in an interview about album cover art (here) and the Loop label grew out of a magazine so . . .

Generalist will do for now.

With the release of the new FMPretties CD/DVD it was time to ask Loop head honcho Tucker -- whose brief doesn't include being a musician, oddly enough -- to answer The Famous Elsewhere Questionnaire.

The Nirvana/Nevermind demos from Kirk's bedroom, Homebrew's kick pedal that they wont pick up (come get it guys!), and a silly original painting by Sid Vicious!

The Manual (How to Have a Number One the Easy Way) by The Timelords (Bill Drummond and Jimmy Cauty), better known as The KLF.

Last vinyl was Karlmarx LP. Last download I can see in the heap is Close Up (Falko Brocksieper Remix) by Dapayk & Padberg.

Miss You / The Rolling Stones 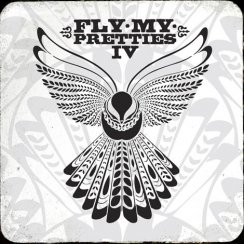 The same thing I do now. Producing creative people and projects

Ya what? Hard question to ask a label boss. It’s first equal with all my other children! 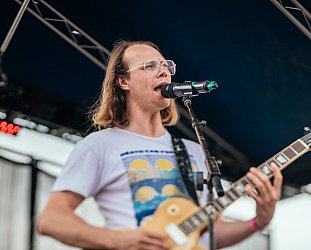 That Jonathan Pearce of the Beths should be emerging as a fine producer will perhaps come as no surprise to those who know he was in Artisan Guns for three albums before the Beths – and they... > Read more 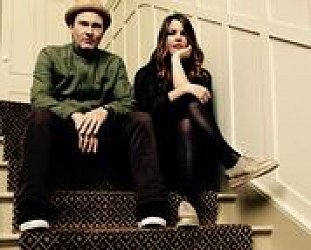 As must be obvious to any longtime readers of Elsewhere, Mel Parsons has always been one of our favourite New Zealand songwriters. We have written favourably about her albums, interviewed her... > Read more