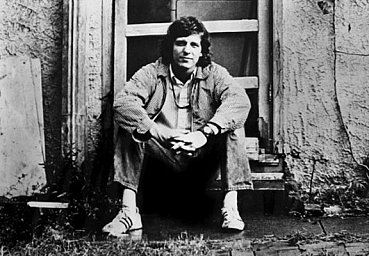 When Dave Marsh and James Bernard published their brick-sized New Book of Rock Lists in the mid Nineties they included categories such as Artists Critics Believe Can Do No Wrong (topped by Arrested Development, the Beatles, James Brown but oddly enough not including Lou Reed) and 25 People Who Quit or Were Fired Before Their Groups Became Famous (Signe Anderson of Jefferson Airplane).

All this is down to taste of course, but it did seem strange that in their list entitled Three Lashes with a Wet Noodle; The Wimp Rock Top 40 – put your hands together for Michael Bolton – they missed outstanding contenders: The Captain and Tennille.

This duo of the self-styled “captain” Daryl Dragon and his wife Toni Tennille had teeth whiter than the front grille of the Osmonds and songs so lightweight they made the Carpenters seem like those noisy kids rehearsing in the garage next door.

Songs like Love Will Keep Us Together and Do That To Me One More Time were massively popular at whitebread AOR stations and middle-class weddings, but their greatest contribution to wimp-pop (calling it “wimp-rock” dignifies the genre) was undoubtedly Muskrat Love in '76. 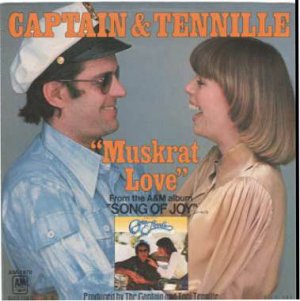 It must be the only song in popular music which is about two muskrats (Susie and Sam should you care) who fall in love. Sample lyric: “Nibblin' on bacon, chewin' on cheese, Sammy says to Susie, 'Honey would you please be my missus, and she says 'Yes 'with her kisses' ”.

Yes, a very high cheese content to nibble on.

The Captain and Tennille were not the first to have sung this tripe, before them was Lani Hall in '72 who, along with her husband Herb Alpert, offered an edited version with some original lyrics. In their delicate hands it was re-titled as Sun Down.

And soft-rockers America included Muskrat Love on their Hat Trick album of the following year. 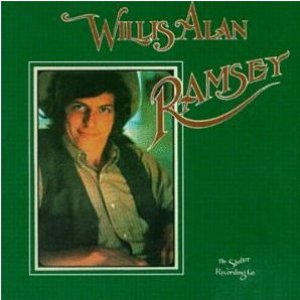 Of course there was also the original version, Muskrat Candlelight, by the singer-songwriter Willis Alan Ramsey who had it on his self-titled '72 album, the only album he has ever released.

Alabama-born and Dallas-raised Ramsey is at best a marginal figure in popular music, but that sole album was pretty good to him. Aside from the covers of the muskrat song, others off the album were picked up by the Bellamy Brothers (Satin Sheets, also covered by Shawn Colvin and Waylon Jennings), Jimmy Buffett (The Ballad of Spider John) and many more.

The album of 11 originals had pretty good pedigree too. It was co-produced by Ramsey and Denny Cordell for the late Leon Russell's Shelter Records and among the large cast playing on it were Russell, drummers Jim Keltner, Kenny Buttrey and Russ Kunkel, saxophonist Ernie Watts, guitarist Eddie Hinton, bassist Carl Radle and other session luminaries.

On a piano-driven honky-funk piece like Wishbone you can hear exactly why Russell would have been drawn to him.

In an interview in the late Nineties Russell said he had been impressed by Ramsey when he dropped by motel room in Austin and played him “these incredible songs”.

And – aside from the muskrats – his album is indeed highly impressive and very much in that Texas singer-songwriter school.

Ramsey was only in his early 20s at the time but his voice has a dusty, blues-worn quality and in his storytelling he has invited comparisons with Woody Guthrie (to whom he pays tribute on Boy From Oklahoma with the pedal steel-colouring by Red Rhodes) and Guy Clark.

With his downbeat tone, to some extent he anticipated many of those famous names who would appear later in the decade: Townes Van Zandt, Jerry Jeff Walker (who covered Ramsey's Northeast Texas Women with its great line “them Dallas women standing up beat the others lying down”, as did Buffett) and Jimmie Dale Gilmore (who picked out Goodbye to Old Missoula, a weary song where Ramsey sounds like Michael Nesmith in country mode).

On a song like Satin Sheets where sings over his own finger picking, “I wish I was a millionaire, play rock music and grow long hair” he is at that intersection of country and hippie . . . and some writers have noted that he could almost have been part of the emerging Outlaw movement around Willie and Waylon, except he didn't wear the boots or hang out drinking whisky and smoking weed.

And in fact his Muskrat Candlelight isn't too bad at all, largely because of that worn, sandpaper delivery and supple groove.

A decade after his album's release Ramsey had relocated to Britain (to apparently study Celtic ballads according to his website) and in the Nineties he and his wife Alison Rogers cowrote with admirer Lyle Lovett who once said, “I learned every song off his record. I went to see him every time he played, got tennis shoes like his. I wanted to be Willis Alan Ramsey”.

Eric Clapton recorded Positively with Ramsey for the Mad Dogs and Okies album project in 2005. And for it Ramsey recorded a new song Sympathy for a Train with James Oldaker, prime mover behind the project and longtime Clapton drummer.

In that interview Leon Russell also noted that Ramsey was “a troubled soul and I think that early in the game he developed a strong aversion to the possibility of being famous.

“He did that one record, had a huge success, really, but never did another.

“He comes from money though: that might have something to do with it.

“He likes to think of himself as a Woody Guthrie figure, but I think he's more of a Donald Trump!” 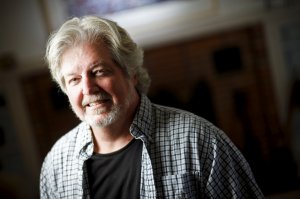 When people asked Ramsey if he was going to release another album he sometimes replied, “What's wrong with the first one?”.

The answer is, not much at all really . . . except that it isn't on Spotify or iTunes, and even the '99 CD reissue commands a very steep price on-line.

Fortunately there are live and recorded clips at You Tube.

The good natured Ramsey still makes occasional live appearances (about 20 around the South in 2016) and as far back as 2010 he was apparently working on a new album (it even had a title, Gentilly).

“I’m fully prepared to have people coming to me and saying, ‘Forty years for this?’,” he told Jeff Prince of the Fort Worth Weekly in late 2014.

But if that album has appeared it's as hard to find as his debut which is listed in 1000 Recordings To Hear Before You Die.

Unfortunately you don't have to go too far to find The Captain and Tennille's version of that muskrat song.

A great album - love Spider John and Boy from Oklahoma in particular, and nice to revisit him with your 2005 clip. 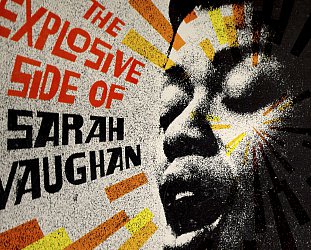