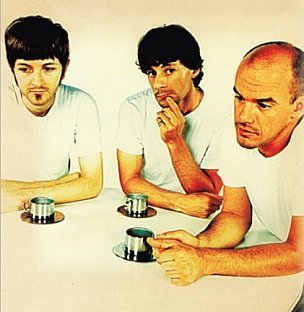 Back in 1999 when the US band Cotton Mather's second album, Kontiki, finally got release in Britain, a fan wrote to Mojo magazine and said, “the singer does his best damn Lennon Stars in His Eyes I've ever heard. If the Beatles had been influenced by Nirvana instead of Little Richard and Motown they might have sounded like this”.

Mojo itself had called the album – released two years previous in the US – “just stunning. A dynamic power pop delight”.

Other writers referenced Dylan in '66 . . . and we'd add pre-Wilburys Tom Petty to the mix, the Replacements doing Weezer, Big Star with more acid in their heads . . .

Kontiki – a name which makes vague sense when you think about what they do by way of a sonic journey and adventure across the album – is either a courageous, uncategorisably retro-innovative album or an unfocused collection of borrowed clothes.

Cotton Mather – Tull-like named for an 18thcentury figure important in the agrarian sector – came out of Austin, Texas but had its real origins in smalltown Alabama where writer/founder and later theology student Robert Harrison grew up on a diet of country music (he cites Glen Campbell) until his mother brought home a copy of the Beatles' She Loves You.

In Austin while at university he hooked up with guitarist Whit Williams and others to record their debut Cotton is King in '94.

It's a sound punk-rock/power pop album but rather mainstream and later Harrison would say “the only good thing about that record was it allowed us to fall apart”. 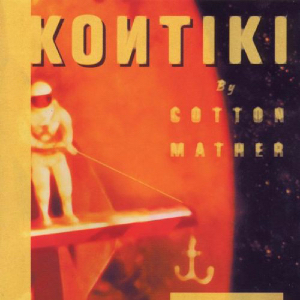 It's not that bad, but barely hints at what would follow when they (Harrison, Whitman and producer/percussion player Brad Jones) recorded Kontiki two years later in various studios in Austin and Nashville.

From the opening blast of noise and rock thump of Camp Hill Rail Operator – rough-edged power pop, like a sneering version of their peers the Gin Blossoms put through a blender – the Kontiki album announces itself as a challenge to the conventions of style.

Homefront Cameo which follows begins like a Lennon home-demo before bending towards a melody Neil Finn would have polished clean. It seems to be about domestic abyss and a longtime relationship being an embittered trap. With psychedelic touches and an odd sample at the end.

Yes, Harrison does sound Lennon-like in many places and in one sense – with bassist Josh Gravelin and drummers Dana Myser and Darren Murphy (and a couple of others) -- Cotton Mather made their psychedelic power pop White Album on Kontiki.

The acoustic and slightly embellished Lily Dreams On and Animal Show Drinking Song being among the most obvious pointers to lazy Lennon reveries conceived in Rishikesh.

Then there are found sounds and snippets of what we might call field recordings, songs deliberately distorted (the dreamy Private Ruth will have you reaching for the stereo settings) and the drawling and bitter psychedelic Vegetable Row (which Harrison acknowledges was “a deliberate mimicking of Dylan").

Aurora Bori Alice is a woozy coming-down-from-the-trip sliver where time – and their timing – deliberately slips and Spin My Wheels is a lovely Double Fantasy ballad in the manner of Alex Chilton/Big Star.

My Before And After and She's Only Cool are exciting melanges of jangle-pop tropes and Lennon '65.

Harrison told Mojo in '99 that they never set out to make a Beatlesque album (it is only that in places) but “the one way Kontiki reminds me of a Beatles album is its immediacy.

“They were great at shutting out the world and using their monetary advantage to create a successful atmosphere for making art. We were afforded that same luxury through poverty.” 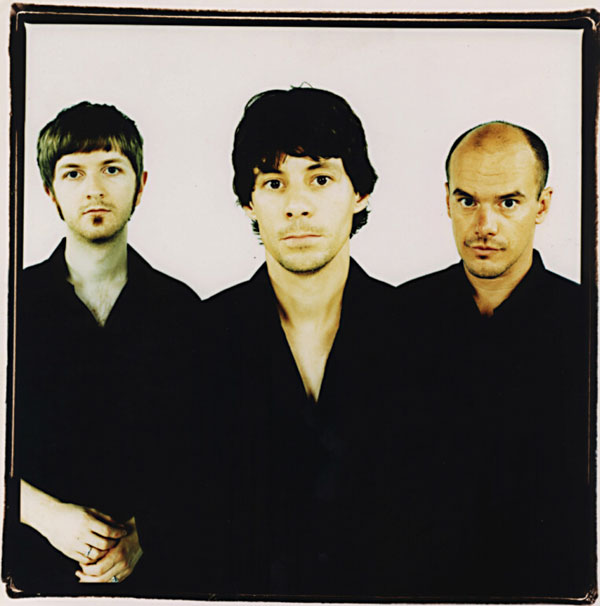 Despite some positive reviews on release in '97 it largely went past US writers, but two years later the band found a small audience for their post-British Invasion light-psyche pop-rock and power pop.

Not enough to sell much but the Gallaghers lined up to count themselves fans and you can see why. Only the band Oasis could have been . . . if their cocaine and bombast hadn't lumbered them?

But Cotton Mather's follow-up sunk a bit, they went their own ways and, inevitably, reformed much later.

However in 2012 the Kontiki album was reissued with extra tracks (demos and a bunch of fine songs unrecorded at the time, the excellent Little Star among them) and was hailed as “one of the very best albums to ever come out of Austin” by the Austin Chronicle.

The excellent New Zealand website Active Listener hosted by Nathan Ford said “don't miss out on the chance to discover your new favorite album. If you can imagine Guided By Voices working their way through Rubber Soul/Revolver era Beatles, you've got an idea of what to expect”.

So, Kontiki? A courageous, uncategorisably retro-innovative album or an unfocused collection of borrowed clothes?

Elsewhere's needle errs towards the sometimes tongue-in-cheek and knowing former.

It's certainly an album we need to talk, if not argue, about.

You can hear the expanded 2012 edition of Kontiki at Spotify here.