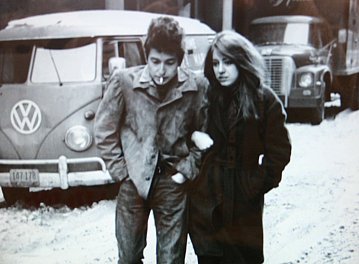 When it was announced Bob Dylan had recorded an MTV Unplugged session in late '94, a wag within earshot guffawed and said, "But wasn't he always?" Which was sort of true.

There are any number of people across a few generations who have imprinted in their consciousness the image of the impossibly young Dylan, acoustic guitar in hand, singing those socio-political anthems which made him the unwilling "spokesman for a generation".

But as has been mentioned previously at Elsewhere, that folkie phase was very brief -- and becoming almost miniscule as the man who was in his early 20s then hit his 70th birthday in 2011.

Also however, it is fair to observe (again as Elsewhere did in that same article) that there is a considerble amount of Dylan's past in his present, not the least the recent issue of radio shots, demos, live concerts and other such things from that formative period. 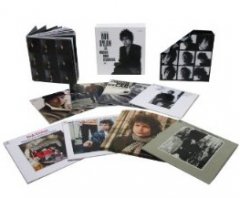 But the big one, the complete blockbuster of historical import, was the reissue of his first eight albums -- from his self-titled debut in '62 when he was just 20 to John Wesley Harding in '67 -- in mono.

As Phil Spector insisted (his hit-packed box set was "Back to Mono") and the Beatles remasters confirmed (see here and here), there is something indefinably immediate about mono recordings.

This was the way people heard these songs on record or radio at the time, and the later separation into "stereo" (guitar in one channel, voice in another) was artificial, and worked again the sheer presence of the music.

But of course, Dylan in mono? "But wasn't he always?" shouts a voice from the wings. Again, sort of true.

The early Dylan albums were largely just one man, a guitar, a harmonica and a single microphone. That's about as mono as it gets. And even when there were stereo mixes available (later in his career when he plugged-up), as with the Beatles, there was considerable care taken with mixing for mono (radios didn't have stereo speakers, right?) and stereo mixes were often an afterthought.

Dylan, the Stones, the Beatles et al in the early and mid Sixties all heard their music in mono. As did almost everyone (see the amusing clip below).

And this past week -- belatedly because the set was released about eight months ago -- I too am listening back to Bob in wide-sounding mono. And on vinyl too because the massive box etc (a real two-hands lifting job) comes in a vinyl version -- which helpfully also includes a free download of the tracks.

And Bob Dylan: The Original Mono Recordings really take me back.

I can actually picture myself as a 15-year old listening repeatedly to the almost six minutes of Gates of Eden (my mum telling me to turn it down, or better, off) and how I spent time copying out the lyrics.

At that age I was struck by an image as obvious to me now as "the lamppost stands with folded arms, its iron claws attached" and the vowel dragging of "all and all can only fall with a crashing but meaningless blow".

I think I learned more about assonance and alliteration from Bob Dylan than any poetry lesson in school.

I also never figured out the "cowboy angel" or "motorcycle black Madonna".

This was music which seemed to be saying something, but also delivering it with confidence and closeness. And of the latter it was the mono which gave it that impact.

On these recordings you can hear the clack of fingers on guitar strings, the man right there at the microphone.

I Want You comes at me like it was yesterday once more and I am back in my bedroom with posters of the Animals, Sandy Shaw and the Beatles filming Help! on the wall (torn from Jackie magazine and Rave) and the music is seeping out from that tiny record player which had taken me from Please Please Me to Desolation Row in just two years.

But listening back to these early Dylan songs is more than mere nostalgia. 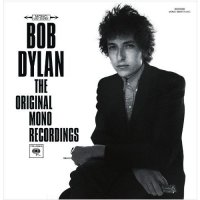 There are fundamental truths in these songs (can anyone deny Masters of War?) as well as timeless beauty in those love songs (even my mum liked Love Minus Zero/No Limit).

And there is an unmatched venom on Ballad of a Thin Man and the great Positively Fourth Street, a non-album track included, where the mood moves from weary sadness to bitter anger.

And all these songs come in glorious mono . . . in which at the time, as Greil Marcus notes in his liner essay, "you were hearing bigger sounds than you and maybe the musicians and the producers themselves had ever imagined there could be, all in that single sound, still on that single speaker, which now seems to have caverns inside of it".

Bob Dylan's 35th studio album, which arrives 50 years after his self-titled debut will be released September 7. It is called Tempest. So was Shakespeare's last play, but read nothing into that.

Love it Graham!
Seems we doing some of the same stuff around then. There were acres of "Another Side of Bob Dylan" I knew by heart. That was the 1st album I could get hold of.
"Call that singing?", scoffed my Nat King Cole loving father.
Nah, I think it was a form of shamanism, but I couldn't tell him that at the time.
Cheers
Jeffrey 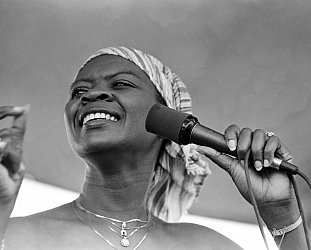 Things are strange when this year Fleetwood Mac headlined one night at the New Orleans Jazz and Heritage Festival, standing in for the Stones because Mick Jagger was having heart surgery.... > Read more 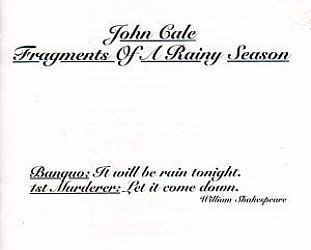 Last year a great wedge of Lou Reed's solo albums from the Seventies and Eighties were reissued, 17 CDs in a box set between his self-titled outing from early '72 through to Mistrial in mid '86.... > Read more