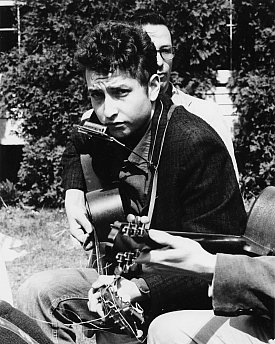 With the release of Bob Dylan's 35th studio album Tempest, half a century after his self-titled debut, it's fair to observe there is an awful lot of Bob Dylan music (and some would fairly observe a lot of awful Bob Dylan music) washing around in the world.

For the curious starting out on a journey through these vast lands then, here is an album and film overview: six of the best, six of the rest and a classic single . . .

Enter at your peril, follow the intralinks for more, see you in a decade or so.

Yes, you could start with the folk albums . . . but this opens with Subterranean Homesick Blues and includes Maggie's Farm, Mr Tambourine Man, Gates of Eden, It's All Over Now Baby Blue and other landmark songs. And the gentle Love Minus Zero. A stake in the sand and everything in pop-rock was changed afterwards.

And another from that remarkable year with Like a Rolling Stone, Ballad of a Thin Man, the extraordinary title track and the 11-minute Desolation Row. This was dark, poetic music which people scanned for clues and truths, and even now it still rocks in a thin urgent way. And he just looks so cool on the cover. 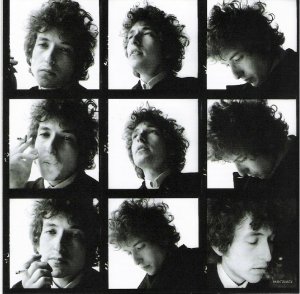 There has never been a more perfect trifecta in rock, completed when this amphetamine-fueled double album unleashed its mystery and magic. Images are thrown out and stick (despite no one having a clue what they mean), songs grab you by the collar and won't let go, and there is the 22 minute Sad Eyed Lady of the Lowlands for his wife Sara. No wonder people are still analysing and enjoying it.

The motorcycle accident, the turn towards old folk and pastoral songs . . . People wondered where the Bob of old had gone. He reappeared on this masterpiece chock full of great songs (the angry Idiot Wind, Shelter from the Storm, Simple Twist of Fate among them). Divorce might be tough, but it was good for creativity.

The Eighties were a bad time for Bob music, the Nineties started with albums of folk and blues covers and then this, an astonishing return but in much darker and bleak mood on songs like Love Sick, Cold Irons Bound and Not Dark Yet – which growled their way into the subconscious. A new Dylan-- the mature poet -- for a new time.

Although the earlier Love and Theft deserves serious consideration (and the ballad Bye and Bye on it an unpolished gem), this is the dark diamond of 21st century Dylan as he explores every kind of Americana style from folk, Tin Pan Alley pop and blues to country swing . . . and still has something to say. Even his borrowings are inspired, and you just wish Bing Crosby were around to cover the gorgeous When the Deal Goes Down.

SIX OF THE REST

So understated are these sort-of songs, snippets of incidental music and even Knockin' on Heaven's Door, that this soundtrack album has often gone overlooked. But it's a quiet keeper and can get rotate play more often than you might expect.

Recorded during his post-crash sabbatical in 66-67 with old pals who became the Band, these songs were much bootlegged (and even covered) but went officially unreleased until the mid-Seventies. Even then, and even now, you can hear Dylan laying the groundwork for a long career by going back to the past for ideas, styles, jokes and moods.

Exceptional. A three-CD alternative history of Dylan in a chronological collection of unreleased songs, important demos, different versions of the familiar (some with completely new lyrics) and rich veins of uncut diamonds. The start of a fascinating series, the like of which no other artist – Springsteen included – can even come close to.

Dylan has been poorly served by live albums (even the best, Before the Flood of 74, is patchy) but this one – where someone yelled “Judas” – has history on its side. He had plugged in electric guitar, alienated many folk followers and was juggling both sides of his persona. Here he offers both (on the second disc with the Hawks/Band) and each has much to commend it. But the rocking stuff demands to be played loud. 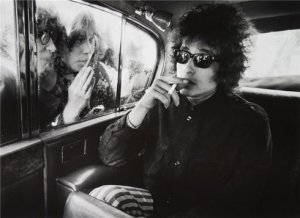 Crucial viewing of fly-on-wall footage as Dylan embarks on a 65 UK tour in cheerful but skeptical mood, manager Albert Grossman “negotiates” deals, wide-eyed fans are dumbstruck (and young!) and as things progress Dylan gradually retreats into cynicism, some nastiness and hides behind shades. The turning point.

Martin Scorsese's definitive and exceptionally detailed account of the childhood, formative years, and rise of the young folkie to rock god status – and it still only covers the first remarkable decade to '66. A lot of viewing at three hours-plus, but utterly engrossing, and with a soundtrack which spoke to a generation, and beyond.

Had there ever been a single so loaded with venom? Dylan confronts . . . who? Those jealous of his success, folkies who preferred he stay small and obscure rather than popular, a former lover, fair-weather friends? Whoever was the target must have curled up when this four minutes of contained but focused rage was released. A singularly bitter single. You don't mess with The Bob.

Still not enough Bob for you? Then start here for albums, films, overviews, interviews, concert reviews . . . 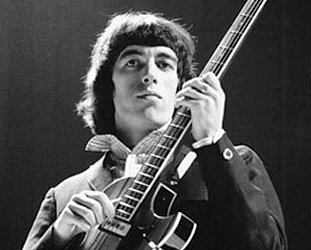