At 55, Astrid Kirchherr still loves rock music and listens to it every day: The Beatles, the Doors, Bowie . . . “and Prince, he’s such a genius -- if he just wouldn’t wear those stupid clothes! I always wanted him to look serious, young and sexy. But he dressed like an old prostitute in drag.”  Kirchherr laughs briefly -- the only time in this serious... > Read more 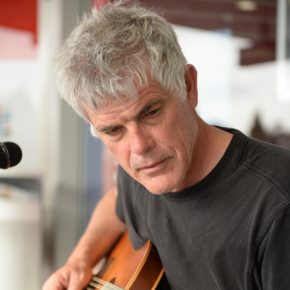 Earlier this year we not only favourably reviewed Luke Hurley's new album Happy Isles but also – because he has been such a singular and visible figure in recent New Zealand popular music – we invited him to tell us of his formative years. They were fascinatiing and delivered in his own idiosyncratic style which we didn't change just to capture his voice. But of course there... > Read more 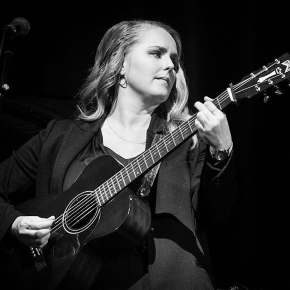 Since someone asked we'll tell you. Elsewhere doesn't find it music by a Spotify algorithm directing us to what it thinks we will like. We're old school: we read release schedules, have an e-mail address where musicians can contact us, we watch the skies and read the wind, and listen to what friends tell us. And it was through a somewhat convulted path with the latter that we came across... > Read more 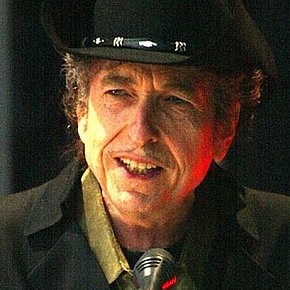 In a world far removed from this when young and curious, I would often ask teachers about life and belief. Over time – many decades in fact – I drew down that many Western faiths were based on Know Thyself and those from certain Eastern philosophies No Thyself. The latter appealed to me more. One wise teacher said perhaps it all just came down to one question: Knowing... > Read more 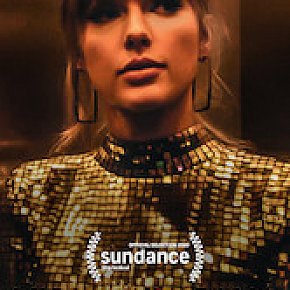 When Taylor Swift's Netflix documentary Miss Americana debuted in January, keyboard fury on social media accused this young pop upstart (who was 30) of appropriating the name of a genre defined by authentic American voices and music. In truth, “Americana” is just a taxonomic device, as vague as “jazz”, “pop”, or “alternative”.... > Read more 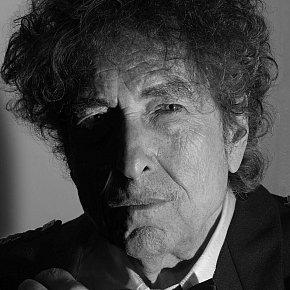 BOB DYLAN: MURDER MOST FOUL, CONSIDERED (2020): Mind out of time

On December 13 1963, just three weeks after President John F Kennedy was assassinated in Dallas, Bob Dylan – who had watched the coverage on television and was depressed by the death of the optimistic Kennedy era – attended a fund-raising dinner in New York for the Emergency Civil Liberties Committee. On the basis of his songs like Blowin' in the Wind (which Peter Paul and... > Read more 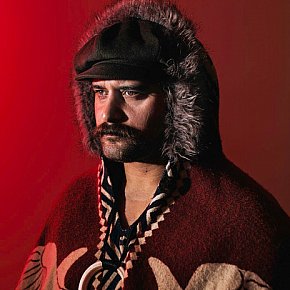 Most musicians don’t see the bigger picture, they’re too busy getting out the single or EP, planning the gig or short tour. But Troy Kingi is not like most musicians, he has a masterplan.  Kingi – singer, songwriter, guitarist and actor among other things – has set himself the project of releasing 10 albums in 10 years. That, as the... > Read more 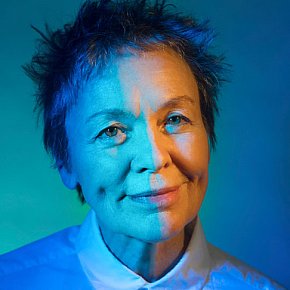 The irony isn't lost on us: Laurie Anderson, the American multi-media artist on the leading edge of innovative technology, can't get cellphone coverage. Admittedly she's on a construction site but all we have are bursts of static between yawning silences, with which she could doubtless do something provocatively creative. We postpone until she's back in her Brooklyn studio. “This... > Read more 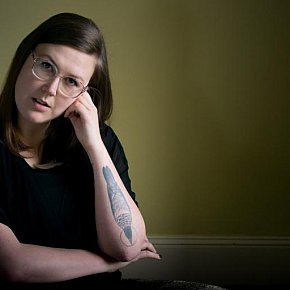 On recent covers of the British music magazine Mojohave been the Beatles, the Who, Neil Young and Leonard Cohen. All white males, and quite a few dead ones. Inside however the writers cover more diversity in contemporary folk, electronica, hip-hop, rock, jazz and so on. The February issue was interesting. Although Johnny Cash was on the front, the cover-mount CD included a recent Chills... > Read more 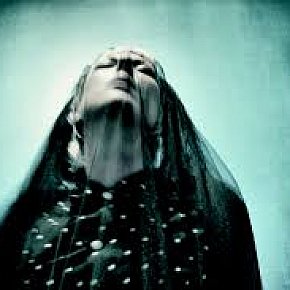 When Miriam Clancy recently stepped up at Auckland's Wine Cellar, the start of a short national tour, an impressive transformation took place. Minutes before she'd been exchanging hugs with well-wishers and fans, many of whom had enjoyed her two singer-songwriter albums Lucky One(2006) and Magnetic (2009). But this was very different Clancy, one tested and toughened by five... > Read more 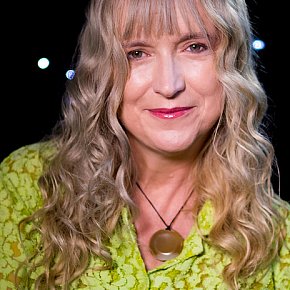 ALY COOK, AT AUDIOCULTURE (2020): Highways and red dirt roads on the way

Aly Cook is a self-starter, more acclaimed outside New Zealand than at home. And although she is very big in Australian country music circles, she grew up in the beachside suburb of Tahunanui in Nelson, the city in which she still lives. A self-managed country singer-songwriter, Cook has crowd-funded her three albums. With the release in September 2019... > Read more 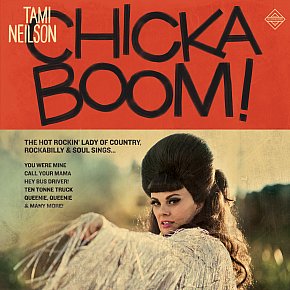 Tami Neilson is world famous in New Zealand. For now. Over confident and enjoyable albums, the Canadian-born singer/songwriter adapted the spirits of Peggy Lee, Wanda Jackson, Roy Orbison, Johnny Cash, Patsy Cline and others to create something unique. A clutch of local awards, sold out concerts, her striking style (“The real reason I sing loud, so you can hear me over my... > Read more 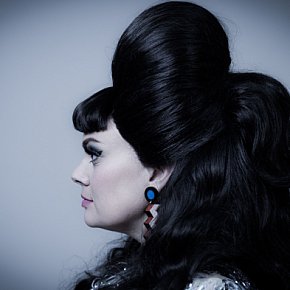 At the end of 2019 I was approached by Tami Neilson to ask if I would write some PR for her to use with her forthcoming album Chickaboom! This was the album she had recorded with brother Jay and she wanted something to introduce her to international audiences, because the album was going to get a serious push. I was delighted and somehow that morphed into some PR articles . . . and... > Read more 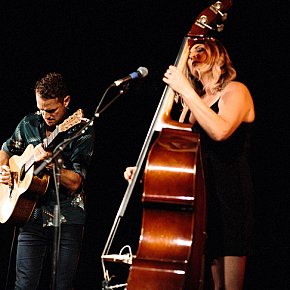 Singer-songwriter Cy Winstanley – half of the expat country-folk duo Tattletale Saints with his former partner, the vocalist/bassist Vanessa McGowan – has lived in Nashville for more than five years. Well, mostly. Recently there was three months in Japan as a sideman for Glen Campbell's daughter Ashley, then in Australia and around the American South with Nashville-based... > Read more 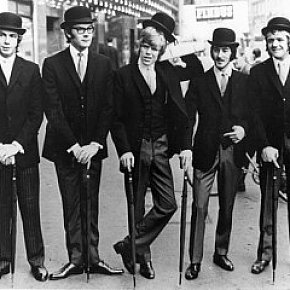 HERMAN'S HERMITS, EXPORTING ENGLAND (2020): Into something interesting, if not good

After the Beatles appeared on the Ed Sullivan Show in the US in February 1964 -- when they were seen by approximately 73 million people out of a population of  192 million -- American teenagers had an almost insatiable appetite for British pop music. And so began the "British Invasion" in which dozens of UK acts toured and had hits in the US, among them the Rolling Stones,... > Read more 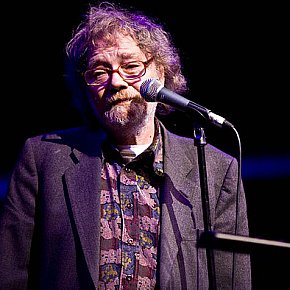 Everywhere is madness, disaster and chaos. The young feel on the precipice of the climate apocalypse as rivers dry and oceans rise, the land burns and the air chokes. If you read anything about current politics you can confidently say that yes, anyone can aspire to be the president of the United States. If this vile, bullying, lying, dangerous and psychopathic buffoon can get there,... > Read more 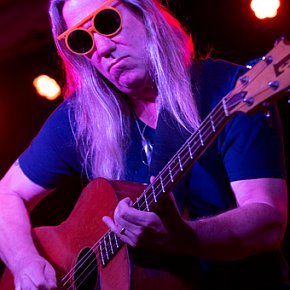 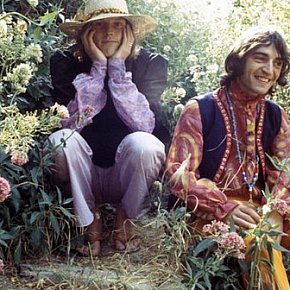 Unexpected people are into the Incredible String Band: Robert Plant from Led Zeppelin you can understand, given Led Zepp played a kind of Anglofolk/Tolkein thing alongside their hijacking of black blues and other hoary riffs. But bristling DIY post-punk Chris Knox speaking highly of this slightly fey Scottish folk group who pioneered the use of instruments from across the planet and... > Read more

The Incredible String Band: The Mad Hatter's Song (from The 5000 Spirits/Onion album) 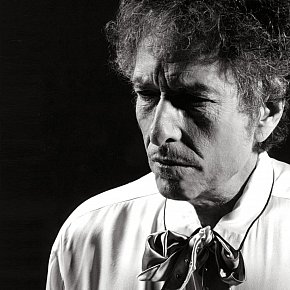 BOB DYLAN; ON LOVE AND LOST OPPORTUNITY (2020): If you see her say more than hello

As a new decade dawns even Bob Dylan's most loyal fans must sense that they might not be hearing any new music from their man. His last album of original songs was more than nine years ago and since then he has delivered three albums of covers -- Shadows in the Night, Fallen Angels and the triple CD/vinyl set Triplicate. Many of these were songs associated with Frank Sinatra (not Strangers... > Read more 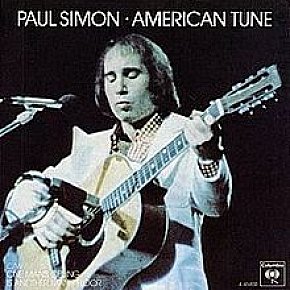 PAUL SIMON'S AMERICAN TUNE AND ITS MELODIC ORIGINS (2019): The distant past informing the damaged present

As Bob Dylan famously said (and obviously wasn't the first to expres this sentiment)., "amateurs borrow, professionals steal". It's what you do with what you take. Case in point, Paul Simon's American Tune. In the early Seventies, Paul Simon began writing this song which would capture the mood of many Americans in that era of politcal uncertainty, the on-going and... > Read more