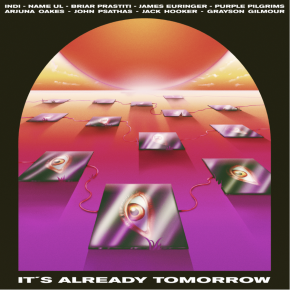 Three decades ago the American composer Philip Glass fended off a question about “crossover albums”. He preferred to talk of crossover audiences. Glass was observing that those who liked Talking Heads, for example, would also probably listen to the Kronos Quartet or his music. Frequently we see musicians with eclectic tastes pushing into new areas and often... > Read more When the Beatles were breaking up, more over money and management than over Yoko Ono's permanent presence, Ringo Starr was despatched to see Paul McCartney to tell him that he should delay the release of his solo album McCartney. This was because it would go up against the Beatle's patched-together and patchy Let It Be, scheduled for release a few week later. McCartney was... > Read more 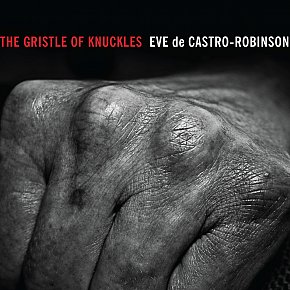 Auckland graphic designer Carolyn van Hoeve prefers to be interviewed by email (her answers forthcoming and considered) and the website for her company UnkleFranc is best described as skeletal: no bio, few photos of her work, some allusive images and a blank page headed “things we haven't thought of yet”. There is however a quote from this writer which notes her work as... > Read more 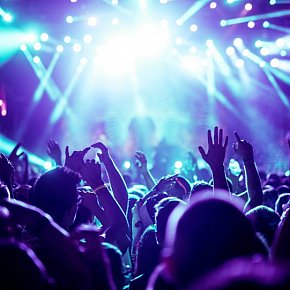 When Laxed (Siren Beat)– a simple instrumental by an Auckland teenager – recently became a global hit after US R'n'B star Jason Derulo added lyrics to create Savage Love (Laxed-Siren Beat), there was understandable skepticism in some quarters. After all, 17-year old Joshua Nanai of Samoan and Cook Island background – who is known as Jawsh 685 or Joshua... > Read more 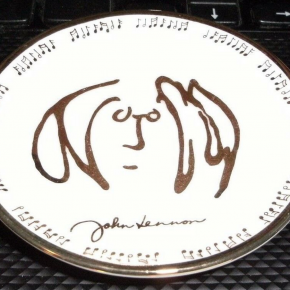 The well of John Lennon's solo music is drained dry. In the 40 years since, Double Fantasy, the last album released in his lifetime (with half the songs by Yoko Ono), there has been the posthumous Milk and Honey (further sessions with Ono for an intended album of that title apparently), any number of compilations, the Acoustic album in 2004, the 4-CD box set Lennon released around what... > Read more Some time between Elsewhere reviewing his latest album as The Cakekitchen, Trouble in this Town Again and him ending up in hospital with a broken collar bone, Graeme Jefferies kindly sent Elsewhere four of his Cakekitchen releases from the early 2000s. None of these were readily available in New Zealand and they were recorded in Germany when he... > Read more 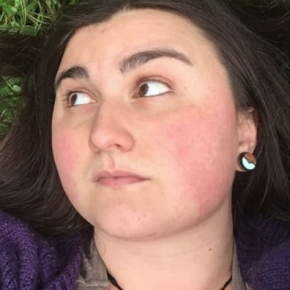 When Ruby Solly was in Victoria University's jazz school, she studied cello. “Yeah. Superfruity, I know. And there was this idea that I'd never get any work. It was constantly said that if I was lucky, I might get a job on a cruise ship. “I heard that. A lot. “But there aren't many cellists around who can play without scores, and also I'd played in metal bands,... > Read more When singer-songwriter Kate Owen released her album Not a Proper Girl back in March, Elsewhere was impressed and noted that she needed to be seen in concert to be fully appreciated. Of course then the world changed and most people were forced to stay at home.  During lockdown while many did Zoom concerts (with varying degrees of success), Owen made a sries of short films about the... > Read more 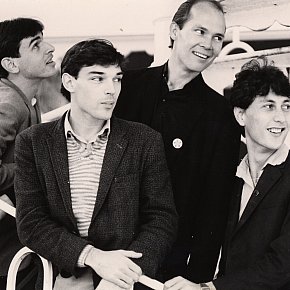 By the time Auckland's Techtones reached their apotheosis with their sole album TT23 in '81, they were gone. In October of that year Frank Stark in the Listener – in a column largely focused on the low-tech ethos of Chris Knox's willfully reductive recording ideology – observed that the Techtones had “joined the fame drain to Australia”. He noted the band had... > Read more 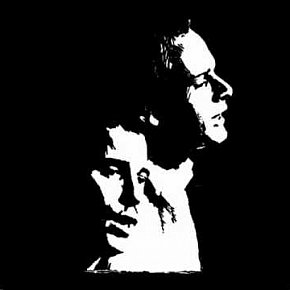 It's an unusual thing to observe given he is one of the finest and most consistent songwriters of his generation, but the songs of Paul Simon have invited very few covers. Elsewhere has a shelf of maybe 120 tribute albums to everyone from Ace Frehley (of Kiss) and Joy Division to the Rutles (who never existed), the Grateful Dead and of course many of Leonard Cohen. The shelf for the... > Read more Few musicians have brought quite as much emotional intelligence and appreciation for the synesthetic relationship between the visual arts and music as Auckland's Paul McLaney. For McLaney, cultural memory and personal imagination feed into what images he chooses for album covers. In a career spanning three decades, he has performed and recorded as an acoustic... > Read more 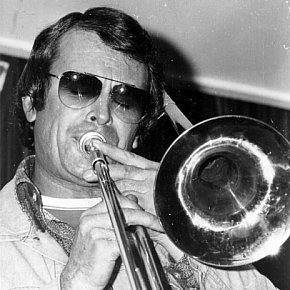 No other musician could claim to have backed the young rock’n’roller Johnny Devlin, and built the tape recorder on which they originally recorded his debut single Lawdy Miss Clawdy in 1958, to have played Dixieland jazz at Mt Eden’s Crystal Palace ballroom during its heyday in the late 1950s into the 60s – and also to have appeared on the Verlaines’ Flying Nun... > Read more 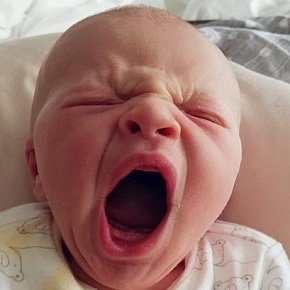 Was 1962 among the most bland in popular music? The charts from the UK and USA would certainly suggest as much. By the early Sixties, the excitement of the first wave of Fifties rock'n'roll from America (epitomised by Elvis Presley, Chuck Berry, Buddy Holly, Little Richard and others) had dissipated. In Britain the big star was still Cliff Richard who, in 1958, had recorded Move It at... > Read more 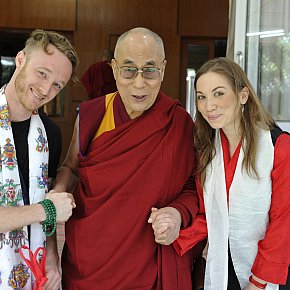 In a year full of the unexpected, the new album Inner World still surprises. It features the voice of the Dalai Lama speaking words of wisdom and compassion and placed against relaxing soundbeds. The album Inner World, released on The Dalai Lama's 85thbirthday, has already picked up excellent advance notices, perhaps because in a troubled time his thoughts speak to something deeper... > Read more 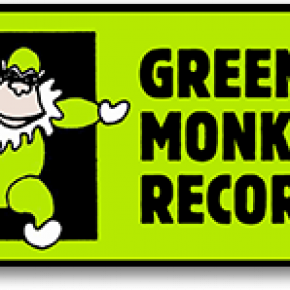 GREEN MONKEY OUT OF THE PACIFIC NORTHWEST (2020): Never too much Monkey business

When the music industry power players descended on Seattle waving cheque-books in the wake of Nirvana, a number of artists dodged that bullet. As grunge ran its course, many local artists and labels simply carried on making the music they wanted, free of the constraints of marketing, PR and a fickle media. As Elsewhere has frequently noted, we were lucky to have our attention drawn to... > Read more 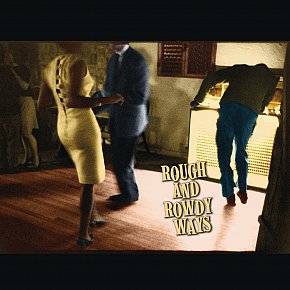 Pause for a moment to pity those journalists for major newspapers and websites whose job it is to constantly update obituaries. Many obits are easy because most of the subjects are of great age and haven't done anything much in recent decades. But then they look at their words on Bob Dylan. A decade... > Read more When Auckland artist and singer-songwriter Derek Lind’s wife died unexpectedly in 2013, his world was shattered. The couple had been married for 35 years; Ra was the mother of their three children, a grandmother and Lind’s supportive companion. Lind had already cut back on releasing albums – his previous release 12 Good Hours of Daylight had been 11 years earlier... > Read more 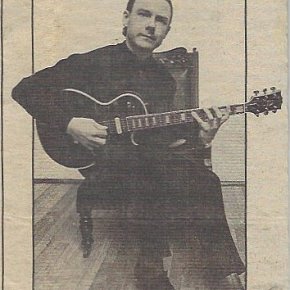 For a man who announced in 1976 – after a retreat of a year into philosophical study – that the music business was insane and he couldn't see himself ever getting involved in it again, guitarist Robert Fripp got alarmingly busy while nominally in retirement. His retreat to Sherbourne House in Gloucestershire to go through physical and mental exercises while studying the work of... > Read more 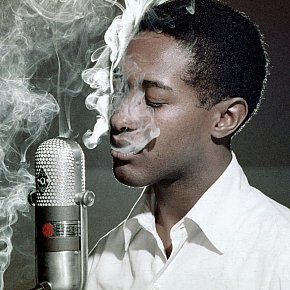 One of the many bitter ironies of Sam Cooke's greatest song A Change is Gonna Come of 1964 is that the singer never lived to see it become an anthem for the Civil Rights era. Although he had written it at the end of '63 (based on some personal experiences) and it had been released on the flipside of the single Shake in early '64, he was never comfortable with the... > Read more

Somebody Have Mercy (live)

At 55, Astrid Kirchherr still loves rock music and listens to it every day: The Beatles, the Doors, Bowie . . . “and Prince, he’s such a genius -- if he just wouldn’t wear those stupid clothes! I always wanted him to look serious, young and sexy. But he dressed like an old prostitute in drag.”  Kirchherr laughs briefly -- the only time in this serious... > Read more