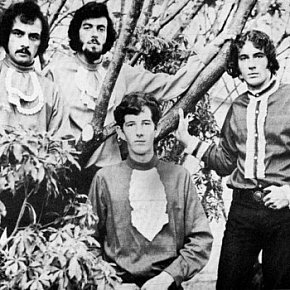 The tail-end of the 1960s was a rare moment for Kiwi singles. In late October 1969, four of the top five places on the charts were held by New Zealand artists: Shane (with Saint Paul), Hi Revving Tongues (Rain and Tears), Dedikation (Wait For Me Mary-Anne) and Larry Morris (The Hunt) were all there behind Robin Gibb's Saved by the Bell. The following week Gibb and Morris slipped down... > Read more Following Elsewhere posting its choices for the Best of the Year albums and The Best in Reissues (of what we heard, obviously a lot went past us) we invited Elsewhere readers to tell us what they were impressed by this year. Here is what people told us . . . and where Elsewhere had reviewed the album we have highlighted it with a link to our original... > Read more 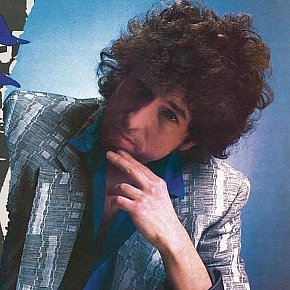 BOB DYLAN REWRITING HIMSELF (2019): Sometimes he didn't have such a tight connection

Right from the very start of his career Bobn Dylan was rewriting songs. First those by others -- or folk and blues songs whose origins were remote -- which he turned into his own. And then increasingly changing lyrics in his own songs in performance or in the studio. Elsewhere has shone the spotlight on New Danville Girl which became Brownsville Girl on the '86 album Knocked Out Loaded.... > Read more 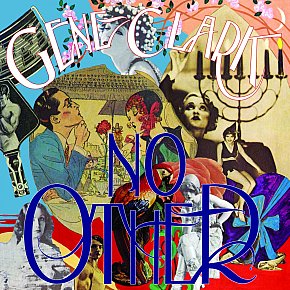 Just a personal observation: Gene Clark – who died in '91 at age 46 – wrote and sang some of my favourite songs by the Byrds. He co-wrote Eight Miles High with Roger McGuinn and David Crosby, and wrote the Byrds' jangle classic I'll Feel a Whole Lot Better (the b-side to All I Really Want to Do). But best of all for me, one of my favourite... > Read more Round the Elsewhere way we used to joke that there's a reason people want to live in the past: It was cheaper back then. That's no longer true if in your listening habits you allow the past back into your life in box sets and reissues. Well -- unashamedly – we do, because round here we're always curious to hear not just what was done but – in the case of outtakes and... > Read more 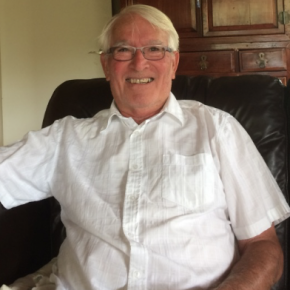 To hear 84-year old Horst Stunzner tell it, the recording session in 1964 took place somewhere just off Queen St in Auckland. The group was in and out quickly, he expected there might be a single come of it and as far as he remembers little if any money changed hands. “Rudolf and Hugo might have signed something,” he recalls, “but the rest of us never saw any contract, and... > Read more 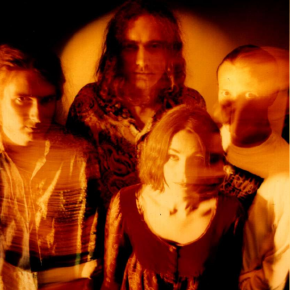 Despite a fine EP Lotus, the excellent album Mercury and songs beloved at student radio (notably Drive), Auckland's Malchicks barely rate a mention in overviews of the New Zealand rock scene of the Nineties. Yet there they were, a tight four-piece which had elements of shoegaze, dream-pop, Goth gloom and melodic thrash alongside real roof-raisers. They were produced by Chris van der... > Read more Yes, it is that time again when contentious lists are posted about the Best Albums of The Year. And we can only reiterate what we always say,: the “best” albums are those which you enjoyed the most. End of that discussion? The more obscure an album does not – in Elsewhere's world anyway – mean it is any better than a blockbuster by, say, Taylor Swift.... > Read more 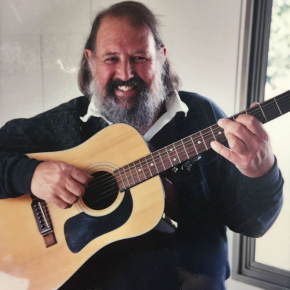 Had it not been for a chance encounter, Phil Garland's career might have gone in a very different direction. Garland – who died in 2017 and is considered this country's foremost archivist of colonial-era folk songs and singer-songwriter in the genre – was born in Christchurch and came of age during the rock'n'roll era of the Fifties. Despite singing in the church choir and... > Read more 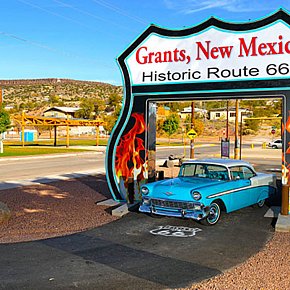 Route 66 has been covered by everyone from Chuck Berry and the Rolling Stones to big band jazz groups and bar bands everywhere. It's a rock'n'roll standard largely because of Berry's version so . . . Here's Chuck Berry from 1961 who made this song into a rock'n'roll era hit in the late Fifties, even though its origins were earlier. and his version influenced the young Rolling... > Read more 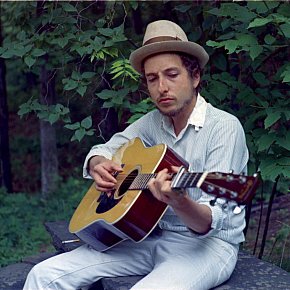 BOB DYLAN: TRAVELIN' THRU; THE BOOTLEG SERIES VOL 15 CONSIDERED (2019): Were we ready for the country?

In retrospect, it was really no surprise that in the late Sixties as the psychedelic top spun wildly that Bob Dylan should return after an 18 month absence with simpler music on the albums John Wesley Harding, Nashville Skyline and Self Portrait, much of which had a country influence. The motorcycle accident in July '66 which literally took him off the road allowed him to go up country into... > Read more 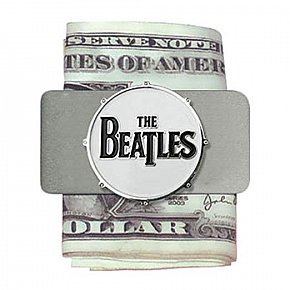 Should anyone still be in any doubt, let's be clear. That long and winding road which Paul McCartney sang about half a century ago leads from the office of the Beatles' Apple accountants and marketing department to your wallet. How does it do that? Let me count just some of the ways. Since the Beatles' final recordings 50 years ago there have been... > Read more 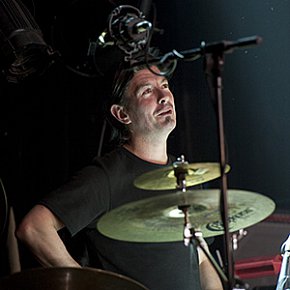 JAMES MACKINTOSH OF SHOOGLENIFTY INTERVIEWED (2019): From the Scottish Highlands to northwest India

Percussionist James Mackintosh sees the irony. When he was a teenager growing up in the picturesque Scottish Highlands at Fort William he was in a spiky-haired punk band playing Clash covers. It was only when he went to the big smoke of Edinburgh – once nicknamed Auld Reekie for the smoke from coal fires – that he started to play traditional Scottish music. These days,... > Read more 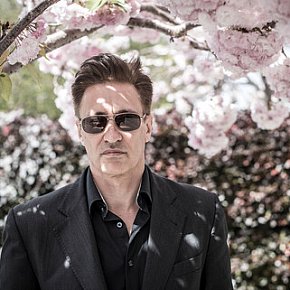 Elsewhere makes no secret of its admiration for the work of Auckland singer-songwriter Greg Fleming and his band the Working Poor. Call them country-rock or rocking-country if you will, we think they just deliver hard-edged songs about real life and lives, snapshots of people and places, political and social commentary and much more. Previous Fleming albums have ended up in... > Read more By the mid Eighties, Bob Dylan's career was in considerable disarray. After the so-called "Christian trilogy" there had been two mostly middling albums -- Infidels and Empire Burlesque -- and he seemed directionless. The old gunfighter who once commanded the territory had been outdrawn by his acolytes, notably Patti Smith and Bruce Springsteen. There had been any number of... > Read more 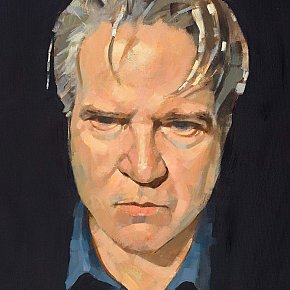 The first person to answer a Famous Elsewhere Questionnaire was . . . Lloyd Cole, the transplanted-to-USA British songwriter who leapt to attention with the album Rattlesnakes in '84 with his band the Commotions. We'd interviewed him back in 2000 and when he toured in 2011we , pressed for time, invented a Famous Elsewhere Questionnaire for him . . . and since then scores and scores of... > Read more 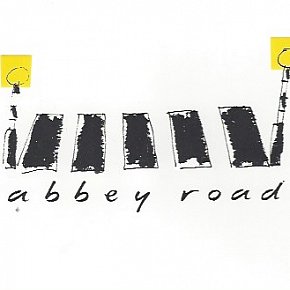 We mentioned in our second part of this look at the Beatles' Abbey Road album but it bears repeating. Despite whatever personal issues they had between them, when the Beatles got together in the studio with a real focus – as they did for this album -- they not only played well but, in the words of the old school reports, played well with others. In Part One we... > Read more In Part One of this overview of the 50thanniversary, remixed Abbey Road, Elsewhere looked at the background to the recording of the album, and other previous articles considered the album's iconic cover and the history of the recording studio itself. Here we look at the double CD edition of Abbey Road, one disc being the new mix by Giles Martin with Sam Okell and the other the album... > Read more

I Want You (She's So Heavy) from the sessions disc 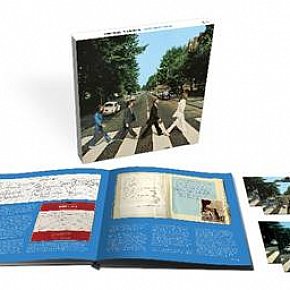 It is a sad irony that the last album the Beatles recorded, the polished smooth Abbey Road and arguably best produced album of their career, would not be the one to act as a coda to their lifespan and the decade they defined. That belonged to Let It Be -- the music recorded earlier in 1969 under less than ideal conditions with the band fraying at the edges and centre. It was only nominally... > Read more Four decades ago the Beatles released Abbey Road, the album that marked the end of their career even though the inferior Let It Be would appear later, a sad coda to decade which they defined. Producer George Martin loved Abbey Road and considered it “Sgt Pepper, Mark II . . . it was innovatory but in a controlled way, unlike The Beatles and Let It Be which were a little beyond... > Read more

The Beatles: Come Together