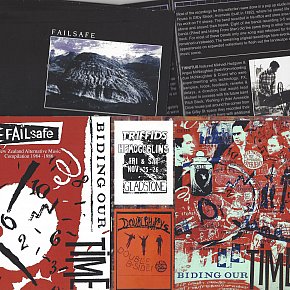 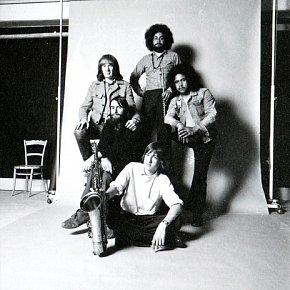 Wellington band Farmyard may have had a short career – just two albums in two years at the dawn of the 70s – but their progressive folk-rock and sometimes penetrating lyrics on their self-titled debut captured the mood of that changing time. The joy-filled and youthful optimism of early 60s, when teenagers put their parents' post-war generation behind... > Read more 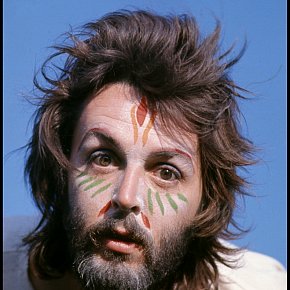 When the McCartneys released their Ram album in 1971 – the only album given co-credit to Paul's wife Linda – the response was swift. John Lennon pronounced it “awful” and Ringo said, “I don't think there's a tune on it”, also adding he though McCartney had gone a bit weird. (This from a man who was there for Tomorrow Never Knows and Strawberry Fields... > Read more 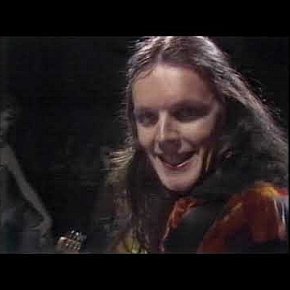 There's a wicked freeze-frame moment of Auckland's Space Waltz miming their single Out in the Street in 1974. Around the one minute mark, the band's singer-songwriter Alastair Riddell struts out of the dry ice – luscious long hair, mascara, lipstick, luxurious velvet shirt, silk pants, flamboyant scarf – then, close to the camera, lasciviously thrusts his overtly camp,... > Read more 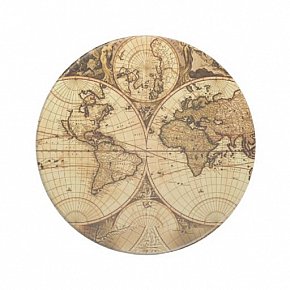 I'VE BEEN EVERYWHERE, MAN (2021): The song for all people and places

It's a well-known fact -- as concertgoers will acknowledge -- that If you have a lyric which mentions a place the audience there will applaud like chimps on speed when you sing it . . . or (better?) you can change the place name to wherever you are and the audience will applaud like gorillas on P! Less cynically and more usefully . . . place names are easy rhymes. Here's a classic... > Read more 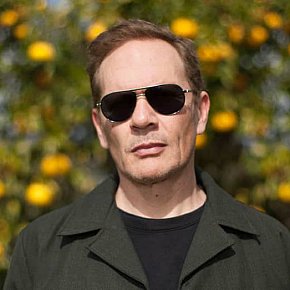 SHAYNE CARTER, DIMMER AND A STAR TURN (2021): Groove is in its heart

About seven or eight years ago when Shayne Carter and I were sharing caregiver duties with Chris Knox – who had had a debilitating stroke in 2009 – our paths would sometimes cross. On one particular afternoon he was very engaged in telling me about Marvin Gaye's Here My Dear – Gaye's acrimonious divorce album – of 1978. I knew of it more than I knew its contents,... > Read more

All the Way to Her 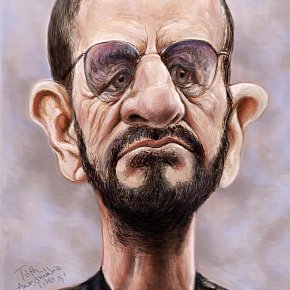 It is a remarkable thing to consider: Ringo Starr has been a solo artist about seven times longer than he was A Very Famous Beatle. It is also remarkable to observe, as we did in a previous article, that during the first few years of that solo career he was very successful springing an acclaimed if poor selling country album Beaucoups of Blues and knocking off top... > Read more 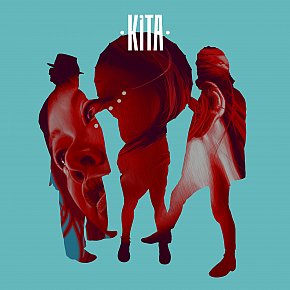 Wellington's KITA have had a steady upward trajectory since their formation 18 months ago which comes to fruition on their self-titled debut album.  They are Taiwan-born, Auckland-raised, soulful singer-songwriter Nikita Tu-Bryant who grew up on rock and R'n'B, studied jazz and has a mainline to intelligent lyrics; DJ, keyboardist and mini-Moog player Ed Zuccollo who worked with the... > Read more 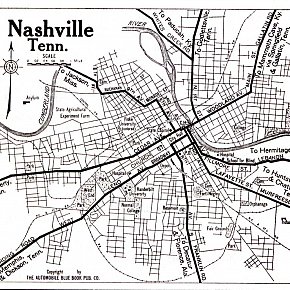 Much like Jack White – the former White Stripe who has his Third Man label headquarters in Nashville -- the Black Keys' Dan Auerbach also has a label/studio, Easy Eye Sound, in Tennessee's capital. Between them, White and Auerbach have brought diverse and divergent sounds out of this hub of country music. Easy Eye's small but impressive catalogue includes... > Read more 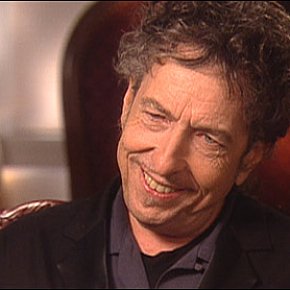 In the many decades before he appropriated the line from Walt Whitman for his 2020 album Rough and Rowdy Ways, Bob Dylan lived out the idea and possibilities of “I contain multitudes”. In 2004 at age 65 he reflectively told Robert Hilburn, “There are many sides to us. And I wanted to follow them all.” Bob Dylan – the man who contains multitudes – has... > Read more 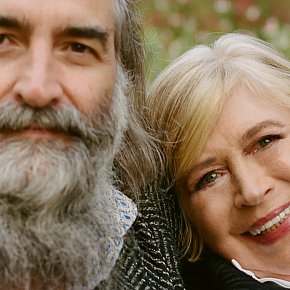 MARIANNE FAITHFULL AND WARREN ELLIS (2021): Time to cry and laugh about it all again

Two days after their founder Brian Jones' death in July 1969, the Rolling Stones headlined a free concert in London's Hyde Park where they stepped past their abortive foray into psychedelia (Their Satanic Majesties Request) and reinvented themselves in their dark world of Jumpin' Jack Flash. Wearing a pleated tunic over white pants, eye-shadowed Mick Jagger... > Read more 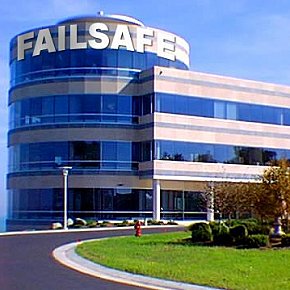 In the Eighties and Nineties when New Zealand indie ears were attuned to Flying Nun, Propellor, Pagan and so on, Rob Mayes from Christchurch was fighting his corner with his Failsafe label which launched itself in the early Eighties with cassettes and EPs. As Simon Grigg and Dave Smith note in this audioculture article however, Mayes – like Pagan's Trevor Reekie – was astute at... > Read more

You Crawled, by Lils 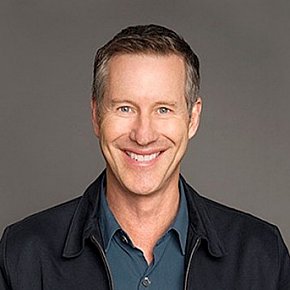 MALCOLM BLACK REMEMBERED, IN HIS OWN WORDS (2021): Faith, hope and family

By Roger Shepherd's own account, his Flying Nun label released 75 albums, 78 EPs and 31 singles in its first decade to 1991. Amidst that landslide of vinyl (a new album every couple of months with singles and EPs in between) and the success of his praetorian vanguard – the Clean, Chills, Verlaines, Sneaky Feelings and others – some acts went past him: “Focus wasn't one of... > Read more 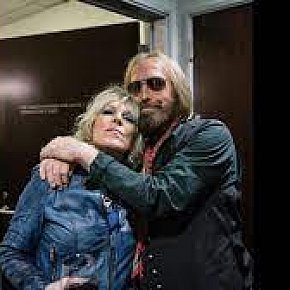 Steve Coogan does a passable parody of Mick Jagger, but Jagger is his own best imitator as his new video Eazy Sleazy with Dave Grohl proves. He rolls his eyes, that yawping mouth yelps out the tumbling lyrics like a Jagger impersonator. Ostensibly about coming out of lockdown, the thrashy song is as ambiguous as Street Fighting Man of 53 years ago. Seemingly... > Read more 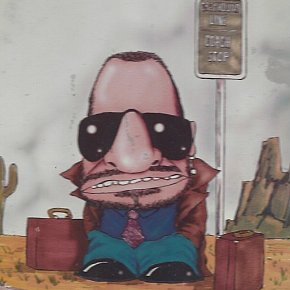 Even before their protracted divorce, the various Beatles had been releasing albums under their own names. The first was Paul McCartney who, with considerable help from George Martin, wrote the soundtrack to the 1966 film The Family Way. George Harrison did the uneven but sometimes interesting soundtrack to the '68 Joe Massot film Wonderwall (released on Apple as... > Read more 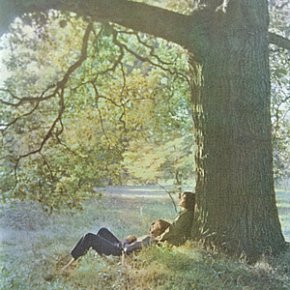 JOHN LENNON, PLASTIC ONO BAND, REMIXED AND EXPANDED (2021): The dream may be over, but it begins again

Although Paul McCartney announced the dissolution of the Beatles in a self-written sheet accompanying his eponymous solo album in April 1970 (“Q. Are you planning a new album or single with the Beatles? A. No”), it was John Lennon who, that December on the release of his Plastic Ono Band album,unequivocally closed the account on the group which had dominated and defined... > Read more 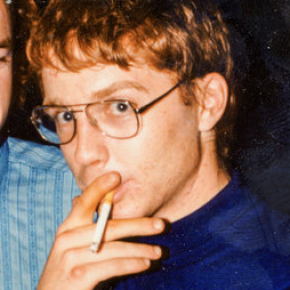 The first time I met Andrew Brough to talk to at any length was in mid 1988 when Straitjackets Fits were in The Lab Studios with producer Terry Moore and recording their debut album Hail. We'd passed a few quick greetings in the past, notably when I smuggled my 16-year old son into the Gluepot so he could see a band I believed would conquer the world. Yes, I thought they were that good.... > Read more

Save My Life, by Bike 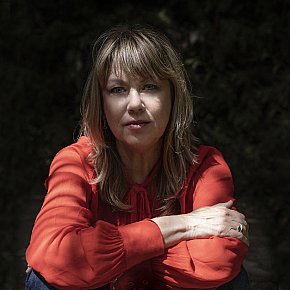 Above our heads the speakers are playing some uninterrupted selection of classic rock: Zeppelin, Elton, Eagles and all the usual suspects. This is familiar music calculated not to offend the patrons of the excellent Beer Spot in Morningside. But on this Wednesday lunchtime there is only Dianne Swann and me. We're here to have a beer or two and talk about her new album The War on... > Read more 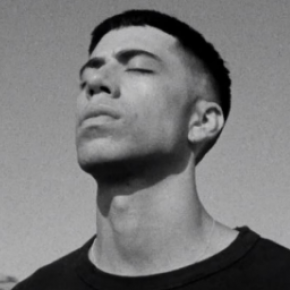 From the Yandall Sisters, Māori showbands and Mark Williams through to Aaradhna repurposing Motown and the R'n'B of Vince Harder, Black America's music has long been a reference point for local artists, notably soulful Māori and Pasifika singers. The sound of spiritual yearning but secular concerns – that short distance between pleading to the Lord or to a lover – is the... > Read more 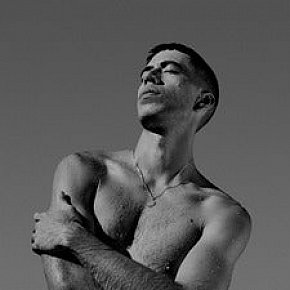 If there is one long-awaited debut album from a New Zealand artist it is that by Teeks – Te Karehana Gardiner-Toi (Ngāpuhi, Ngāi Te Rangi and Ngāti Ranginui) – whose 2017 debut EP The Grapefruit Skies announced a major talent. His writing and vocal style brought together gospel language (Wash Over Me) and classic Sixties soul (If Only, Never Be Apart) . You... > Read more