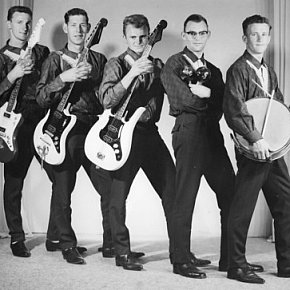 In an odd coincidence, around the same time as the young Beatles went into a studio in Germany in 1961 and backed the singer Tony Sheridan on a rock'n'roll version the old While that uniquely European amalgam out of Hamburg featured a vocalist, the version from the band out of Palmerston North was a Shadows-styled instrumental, and a pretty good one at that. It was on the flipside... > Read more 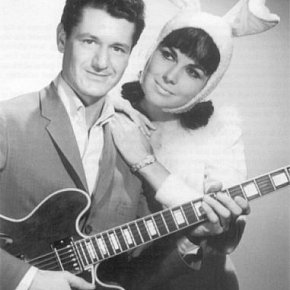 Half a century ago, in that monochrome world before the Beatles – before even Coronation Street screened on New Zealand television -- guitarist Peter Posa from Henderson rode a wave of local popularity with his single Wheels. As was the custom of the day, he'd adapted an already established hit – by the String-A-Longs out of Texas – and radio picked up his version.... > Read more Elsewhere has long championed the music of Chris Wade (aka Dodson and Fogg) and also the art of his partner Linzi Napier. But as we have said previously, D&F is such a productive project that we sometimes have trouble keeping up: Wade also writes books and comix, does radio and his own art and much more. But we do keep coming back to his music which can range from cosmic folkadelic... > Read more 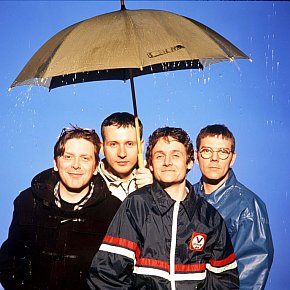 Even at the Big Day Out in Sydney in '94 -- headlined by Soundgarden (stunning), Bjork (a revelation) and the Ramones (“great, man” but actually disappointing) -- two bands stood out . . . other than Smashing Pumpkins. They were Urge Overkill who brought style, cynicism and wit to pop-rock on a small stage; and Teenage Fanclub who were riding the crest of two fine albums,... > Read more

Winter (from Songs From Northern Britain) 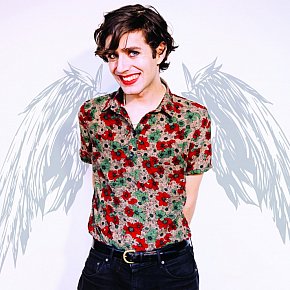 Of all those following Springsteen melodramatically hitting the blacktop to escape the suffocation of smalltowns and Dad/the day job/the downturn, few are as unexpected as Ezra Furman. At 32 with five albums behind him with his bands the Harpoons and the Boyfriends, and a solo album (The Year of No Returning in 2012) Chicago-born San Francisco-based Furman unleashed his desperate,... > Read more

God Lifts Up the Lowly 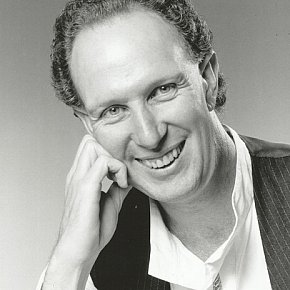 When pianist-singer Ross Mullins released his seventh album The Poet and the Fisherman in 2016 it was certainly long overdue but perhaps not long-awaited. It had been 17 years since his previous album and for all of his long career which dates back to his debut in 1985, Mullins has been below most listeners’ radar. In part that’s because his first three albums came under the... > Read more THE BEST OF ELSEWHERE 2018: THE READERS' CHOICES

Well, we did ask! Following Elsewhere posting its choices for the Best of the Year albums and The Best in Reissues (of what we heard, obviously a lot went past us) we invited Elsewhere readers to tell us what they were impressed by this year. Here is what people told us . . . and where Elsewhere had reviewed the album we have highlighted it with a link to our original review.... > Read more 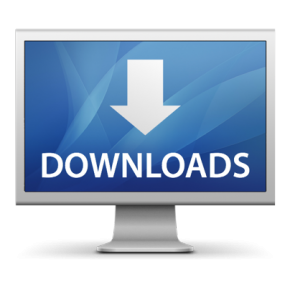 By my loose count, Elsewhere has written reviews or overviews on around 200 albums this past year (mostly new releases but also reissues, compilations and so on). Most of those reviews appeared at Music from Elsewhere, but there were also some others under World Music, Jazz, Reggae and Blues. And when it came to box set reissues or the like, they got some greater essaying and discussion... > Read more 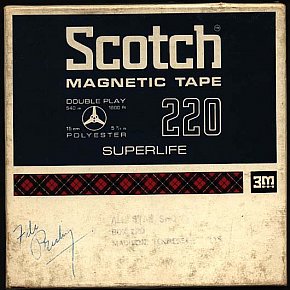 Caution: Objects in the rearview mirror may be more expensive than they seem. Yes, living in the past may be an exercise in nostalgia, but there's a very good reason to go there. Everything was cheaper back then. Which is a good joke but not exactly true: vinyl records in New Zealand in 1968 – half a century ago – cost around the same as new vinyl... > Read more The acclaim for Opetaia Foa’i of Te Vaka for his music on the soundtrack to the animated Disney film Moana – which topped the Billboard soundtrack and children’s charts, and went to No.2 on the main US charts – is a story many decades in the telling. For those who haven’t followed Te Vaka, it may seem like an overnight success, but they’ve long been a... > Read more 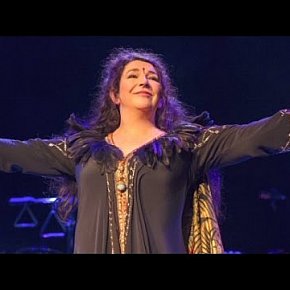 In her long career Kate Bush has only rarely performed live, which is odd when you think how she established herself as a theatrical performer who had studied dance and movement. But after a 29-date UK and European tour in 1979 she retired from live performance which she said she'd enjoyed but found tiring. And her interests were more towards recording and video making. A video document... > Read more After her Red Shoes album in 1993 – her seventh album in the 15 years since her debut The Kick Inside – Kate Bush did what she always seemed to do between albums, disappear. As with Scott Walker and others, Bush is not the recluse which she is painted but just someone who doesn't much care for public attention when there is no work to promote or discuss. “My desire... > Read more 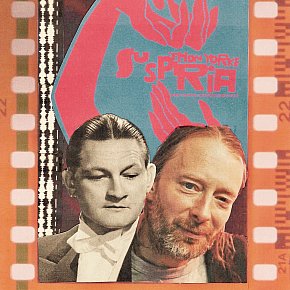 Excluding musicals like South Pacific, West Side Story and so on (where the songs are the soundtrack), the sound of music in films has changed considerably over the decades. Classical composers like Victor Young who brought sophistication, whimsy and historical knowledge to his soundtracks (Dark Command, For Whom the Bell Tolls) and Alfred Newman (scores of scores including How the West Was... > Read more 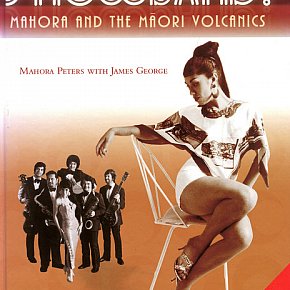 Years before New Zealand pop bands began trying to establish themselves in the Britain and the US, the Māori showbands were ambassadors for the country’s music. And of the showbands, the Māori Volcanics travelled further and lasted longer than their many contemporaries: they performed in nearly 60 countries over four decades. Interviewed on television in the 1990s, Mahora Peters... > Read more When Kate Bush released her fifth album Hounds of Love in '85 it came three years after her demanding but quite extraordinary The Dreaming. Even despite that hiatus – and an earlier gap of two years between Never For Ever and The Dreaming – she was still only 26. She may seem to disappear from attention from time to time, but she was certainly prolific. And always... > Read more

Eat the Music (from The Red Shoes) 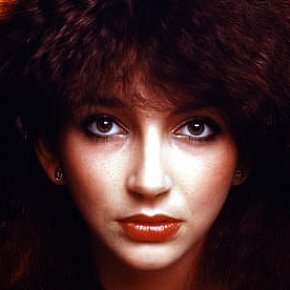 When Kate Bush released her debut album The Kick Inside back in 1978 the musical landscape was a very strange place . . . and yet the strange voice which propelled her to attention with the remarkable Wuthering Heights (complete with eye-catching video) seemed to fit nowhere. “I was worried the public was only into the bizarre quality of my first record,” she later told British... > Read more

Sat in Your Lap (from The Dreaming) 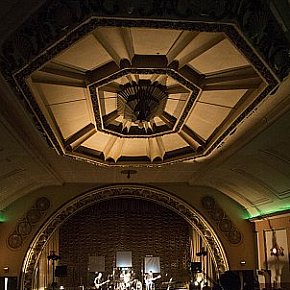 When, in the late 1950s, impresario Phil Warren took over Auckland’s Crystal Palace Ballroom, he used his customary flair and promotional skills to resurrect interest in a place which had fallen from favour in the previous five years. Among his marketing campaigns was a series of advertisements in the Auckland Star which read, “Oh! If Epi Could See It Now!” Epi... > Read more 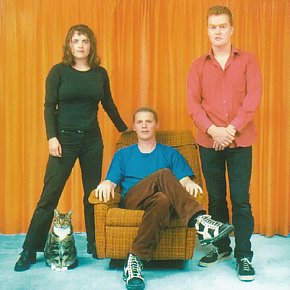 By the end of its first decade, Flying Nun's bands had enjoyed critical acclaim, were getting solid support from student radio and print media, and some were spreading their wings and touring overseas. The label itself wasn't in quite such good health and in fact was constantly teetering on the brink of collapse. Why? "In the ten years from 1981 to the end of 1990,” label... > Read more SPACE FARM REMEMBERED, AT AUDIOCULTURE (2018): Reaching for the spiritual sky

Although Harvey Mann and Glen Absolum were not alone in embracing the spiritual philosophy of Krishna consciousness which emerged in the early 1970s, they were among New Zealand’s most visible adherents to this path of spiritual enlightenment. So much so that in May 1972 the New Zealand Herald reported on the phenomenon of the chanting, shaven-head Krishnas on Auckland’s... > Read more 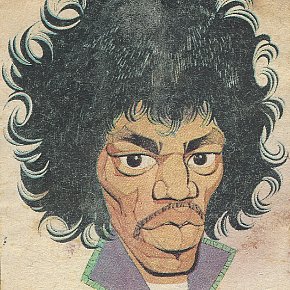 JIMI HENDRIX; ELECTRIC LADYLAND REMIXED AND EXPANDED (2018): Not such a slight return to the voodoo child

The notion of “the group” is firmly embedded in rock culture. From the Ronettes through REM and the Ramones to Radiohead, the concept of a small coherent unit is a cornerstone, even if in some instances – as with the Rolling Stones, Motown acts and famously Menudo – the moving parts may change. Think the alphabet: Abba, Beatles, Clash, Doors . . . A few artists... > Read more