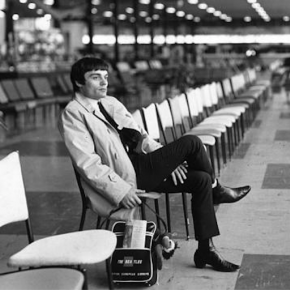 At any serious panel discussion or barroom debate, most would agree that if you had to choose a “fifth Beatle” it would be George Martin. He was their producer, arranger and sometime contributor (that's him on piano, sped up to sound like a harpsichord, on Lennon's In My Life) who supported their musical curiosity and ambition. But a sixth Beatle? Perhaps Stu Sutcliffe,... > Read more 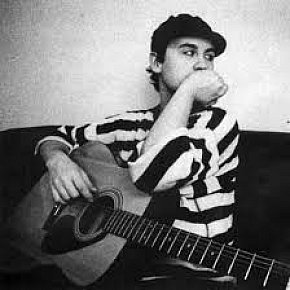 Give the English credit, they do eccentricity and whimsy better than anyone. And when it enters popular music – the Bonzo Dog Doo Dah Band, the Soft Boys, Half Man Half Biscuit and so many others – the performers bring a curious humour which can be part satirical, part wry social observation and often droll and funny. Who could resist... > Read more

We Will Be Your Guru There's an opinion – which has considerable validity – that the internet has killed the idea of a music “scene” being able to grow in the absence of the spotlight. For example, if just two bands in the next fortnight out of the university city of Uppsala north of Stockholm in Sweden (population about 200,000) released albums, then suddenly the web – and those... > Read more

Innocents, by John Cooper Clarke and the Curious Yellows (1977) 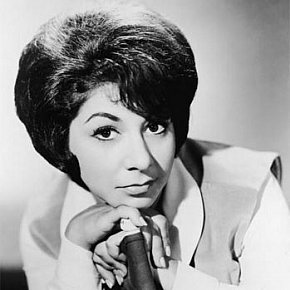 When PJ Proby burst onto the British pop scene in 1964 he was an amazing anomoly. The Texas-born singer had been doing demos for various people in the States (including Elvis) and arrived in the UK to appear on a Beatles television special. He cracked a number of big pop hits in '64-'65 (Hold Me, Mission Bell, Let the Water Run Down) and with his velvet suits and ponytail (adopted from the... > Read more 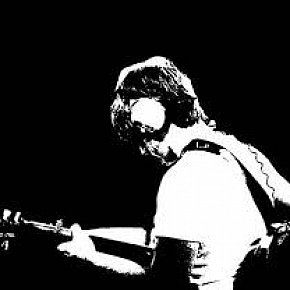 There's one particular annoyance when talking about music in a general conversation with people who aren't argumentative nitpickers and know the name of the second engineer on a Dylan album from the late Eighties no one cares about. It comes in mixed company over dinner or at a function when you suggest a particular artist is “little known”. Then some middle-aged man (it's... > Read more

Standing on the Mountain, by Percy Sledge 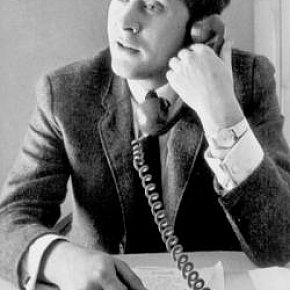 You may not care much – or indeed, at all – for the populist music Mickie Most produced, but you can't deny his gift when it came to picking and creating chart hits. It's quite some musical, generational and genre distance between Donovan's tripped out Mellow Yellow and Sunshine Superman then Kim Wilde's Kids in America, Jeff Beck's singular Ho-Ho Silver Lining  . . . .... > Read more It's a Sunday night in the mountain village of Chelva, about an hour from Valencia on Spain's Mediterranean coast. And Scott Mannion has spent some time today in the garden. “Yeah, some music today but also that. Julie's away for the weekend and I was left in charge of weeding which is usually her thing,” he laughs, referring to his wife, the Greek artist Julie... > Read more 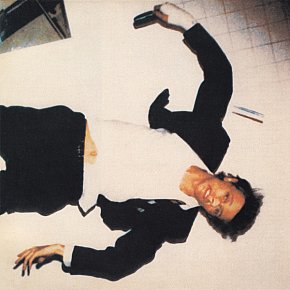 Although accepted as the final installment of David Bowie's “Berlin Trilogy” which started with Low and "Heroes", the Lodger album – released 40 years ago in May 1979 – never felt, or even looked, part of the set. Where the covers of its predecessors offered a more muted experience – on Low we see Bowie in profile, kind of low profile as it were... > Read more 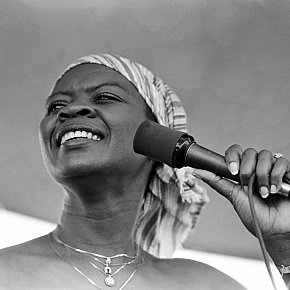 Things are strange when this year Fleetwood Mac headlined one night at the New Orleans Jazz and Heritage Festival, standing in for the Stones because Mick Jagger was having heart surgery. Yes, the Macband used to play the blues, but that was many decades ago and you wouldn't have thought they'd have much, if anything, to do with the “jazz” and “heritage”... > Read more 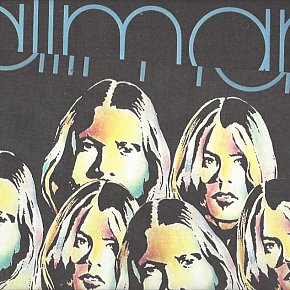 Although the Allman name was carried by brother Gregg for decades after the death of Duane, it was that classic Allman Brothers Band which many today default to. After Duane was killed in a motorcycle accident in '71 – leaving behind just three ABB studio albums with him (their self-titled debut in '69, Idlewild South the following year and the posthumous East a Peach in '72) and... > Read more Video may have killed the radio star for the MTV generation, but during the 1960s in Australia, radio stars became household faces when they appeared on the small screen. In New Zealand the 1960s pop programmes In the Groove, Let’s Go, C’mon and Happen Inn(then Free Ride in the early 70s) by producer Kevan Moore – appointment viewing for a young audience wanting to see... > Read more 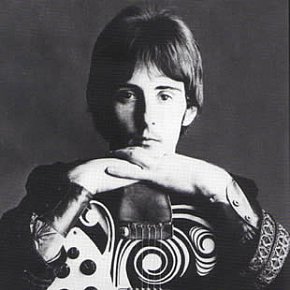 When he parted company with Paul McCartney at the dawn of the Eighties, Denny Laine had been the former Beatles loyal lieutenant for a difficult decade as McCartney falteringly launched a solo career then steadily soared upwards on the success of Wings. Denny Laine – born Brian Hines, he took Laine in tribute to singers Cleo Laine and Frankie Laine – was there for the first... > Read more 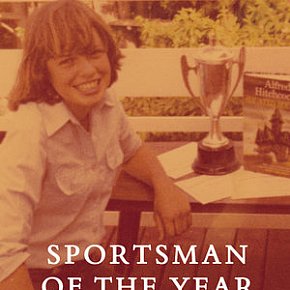 There is an interesting dichotomy in this book-album project by Auckland singer-songwriter Jan Hellriegel: In her prose she has an easy, anecdotal and conversational tone but the published words of the new songs on the tie-in CD are refined, poetic and precise. It is the difference between the artist and the art; and the vicissitudes and joys of the life that informs these penetrating... > Read more 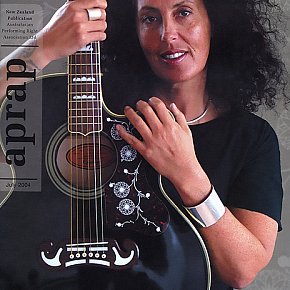 One of the most powerful and politically pointed performances at the 2014 Womad festival in New Plymouth came from Moana and the Tribe who – to thumping beats and a thrilling meltdown of dub, rock, reggae, funk and waiata – delivered a set which surpassed that of the internationals on that same main stage. Among the new songs she delivered – they would appear on... > Read more 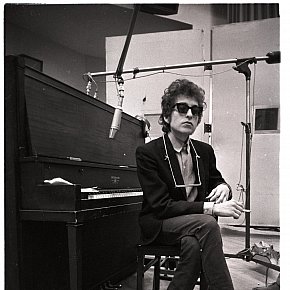 In 1965 Bob Dylan wrote Subterranean Homesick Blues and its innovative video (actually a film, this was before video clips) was much imitated (look down the bottom of this link to just how many!) In subsequent decades some claimed it as  the first rap song (it's not, but you can see the argument) and many many times this spoken word/rant style was much copied. It appeared as... > Read more It has been more than 35 years since Bruce Springsteen's Nebraska, an album that many fans – and Springsteen himself – consider pivotal in his career and an artistic breakthrough into new and rewarding territory beyond rock'n'soul. After the sometimes bombastic heroics and escapism of Born to Run, it's more muted and humane Darkness on the Edge of Town and the double album The... > Read more 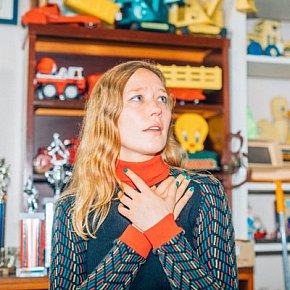 Yes, Leonard Cohen makes sense . . . but Doris Day and the Andrews Sisters? “Oh, I love the Andrews Sisters,” says Australian singer-songwriter Julia Jacklin of the famous close-harmony Forties and Fifties trio. Jacklin is back in New Zealand for a day to talk about her new album Crushing and to play a brief showcase before a flight back to... > Read more 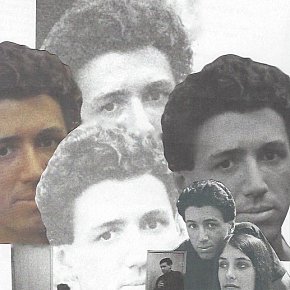 See him there in that photo from the early Sixties, the young singer standing alongside the beautiful Baez sisters Joan and Mimi. There he is again, a key figure hanging out in the downtown New York folk scene around the Village, his original songs pulling an audience his way, their lyrics political, allegorical, metaphorical and sometimes as gentle as a butterfly alighting on a leaf.... > Read more 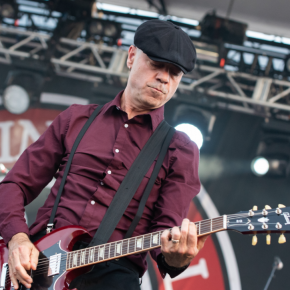 DENNIS CASEY OF FLOGGING MOLLY INTERVIEWED (2019): Taking Irish back to the Irish

Guitarist/singer Dennis Casey may boast a resonantly Irish surname and play in one of the most widely-acclaimed punk-influenced Irish folk-rock bands Flogging Molly, but the phone call catches him at home in Rochester, New York where he lives with wife and four children. And where he was brought up. With a laugh he's prepared to admit that Irish music didn't come to him until... > Read more 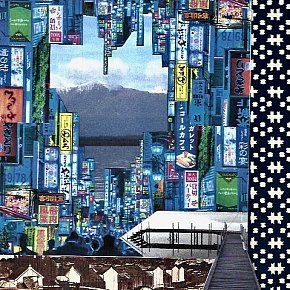 Someone very famous – who doesn't turn up on a Google search – once quipped “money follows intellect”. You'd like to think it was more true than it is, but it is certainly verifiable when you see Big Money (usually in the form of advertisers) paying top dollar to use the work of creative people. (And I don't mean “creatives” in ad agencies, I mean... > Read more