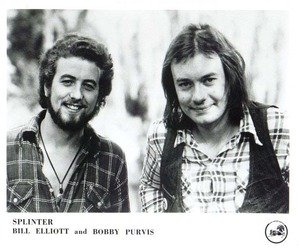 As with the ill-fated Badfinger, the duo of Bill Elliott and Bobby Purvis – known as Splinter – enjoyed the patronage of various Beatles, in their case particularly George Harrison.

And like Badfinger, they were spotted by Beatles factotum and friend Mal Evans who brought them to Harrison's attention in the wake of the Beatles' break-up and trouble with Apple.

By the early Seventies when Splinter were introduced to him, Harrison had established a decent solo career (although cracks were already beginning to show) and launched his own record label Dark Horse.

But as with Apple, the minute he announced his new label he received a slew of demo tapes.

However – as with those Apple signings – nobody got the call back on the basis of a demo.

That was about it.

Only Harrison had any longevity on the label.

Aside from Splinter who did four albums for Dark Horse, starting with the very promising The Place I Love which sprung a top 10 hit in New Zealand with Costafine Town. 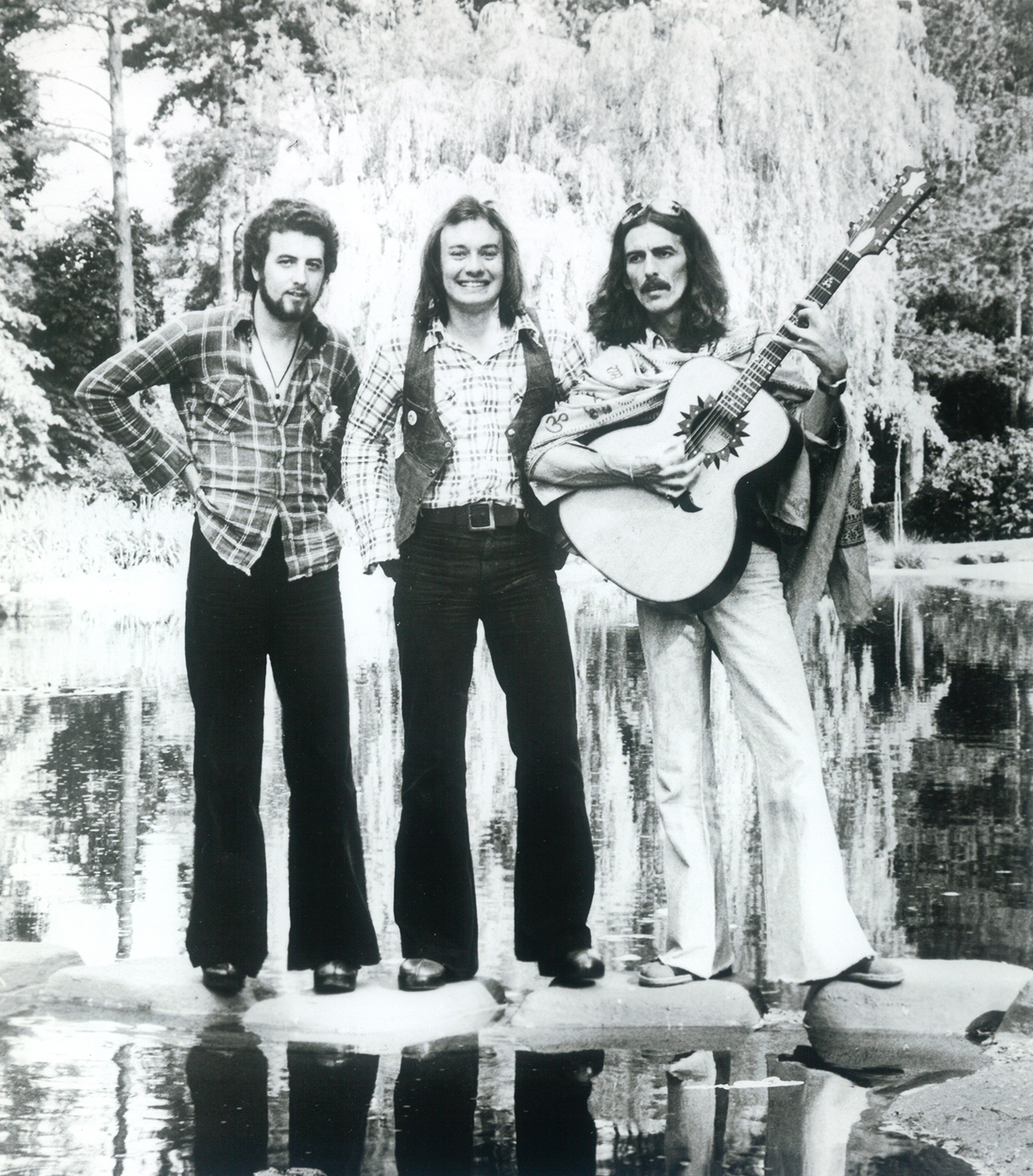 Mal Evans had seen the duo in a nightclub and brought Harrison along to check them out and they had a song (Lonely Man) on the soundtrack to the film Little Malcolm and His Struggle with the Eunuchs which Harrison had financed.

“Impressed, Harrison smelled a hit,” says Graeme Thompson in George Harrison: Behind That Locked Door, “which in turn he hoped would sell the movie.

“Their music was a superior example of voguish soft-rock, built on acoustic guitars, harmonies and strong melody, and distinctly Beatlesque in places.

“After hearing more of their songs [Harrison] decided he wanted to produce an entire album which became The Place I Love.”
But it was a lengthy gestation because Harrison was also working with Shankar and on his own Dark Horse album. His marriage to Pattie Boyd had also broken up and by Elliott's account he was hoovering up coke and awash with Courvoisier brandy.

“I would class those as dark days,” said Elliott, “the days of Courvoisier. He was hammering that down, I witnessed all of that.”

The recording took about nine months and Splinter watched a constant parade of stars wander in and out of Harrison's studio at his home in Friar Park where most of the recording took place: Eric Clapton, Ron Wood, Peter Sellers, Alvin Lee . . .

Harrison was credited as producer.

It had been a long haul and Harrison later said the album would have to sell five million just to cover the cost of the brandy they drunk during that period. One of the songs by Purvis was Drink All Day (Got to Find Your Own Way Home).

Unfortunately the album,which got decent reviews and has had even better ones in retrospect, didn't sell in vast quantities. But Harrison stuck with Splinter for further albums on his label although his input was minor on them. 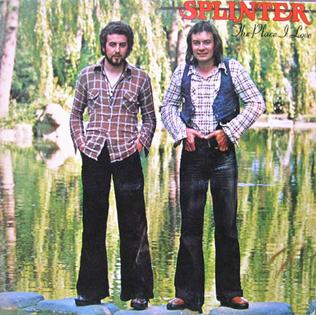 The Place I Love was a fine debut, Dark Horse's first album, but you have to wonder if – as with Badfinger – it didn't suffer in the comparison with the Beatles simply by proximity.

Bill Elliott had also worked briefly with John Lennon back in '71 when he lent his voice to the Elastic Oz Band's single God Save Us which was intended to raise money for Oz magazine's defense fund in their obscenity trial. (It didn't, it cost money)

In places the album favours the kind of horn-driven rock'n'roll favoured by Harrison when he had Tom Scott's LA Express on board, or Lennon's sessions for the Rock and Roll album around the same time (Gravy Train, Haven't Got Time).

At other times it is close to Stealer's Wheel folk-rock or the MOR FM sound of the period (the dreamy ballad China Light which they deliver with smidgen of Harrison's distinctive style). The lyrics and sentiment of the excellent Costafine Town by these two from Britain's working class north-east is a link between Ray Davies' Waterloo Sunset and Dream Academy's Life in a Northern Town.

And there is a jaded sentiment in Situations Vacant (“when a paragraph on paper makes a difference to your money, well it's just not fair”).

Despite the collision of celebrities, the album's sound is unfussy and the vocals of Elliott and Purvis are crisp, charming and flexible.

The Place I Love is very much an album of its time, a little bit folk (Elly-May) and a little bit rock, a little like Badfinger (Somebody's City which a weary and jaded view of contemporary, smokestack city lives with a piercing, extended Harrison guitar solo, perhaps his longest?) and certainly touched by Hari Georgeson's style.

After this album however, Elsewhere lost track of them and didn't hear their three later albums on Harrison's Dark Horse or subsequent releases on Columbia.

Splinter went their own ways a decade after The Place I Love.

These days there are no Splinter albums on Spotify or iTunes but Elsewhere picked up a copy of The Place I love for $10 in a secondhand store. And it's rather nice, although not quite the lost classic that some writers have had it.

Not an essential album but a “nice to have” item which, unfortunately, seems to be unavailable anywhere.

Bringing back the memories - I'll have to did out my copy and have a listen... thanks for the memory.. :-)) 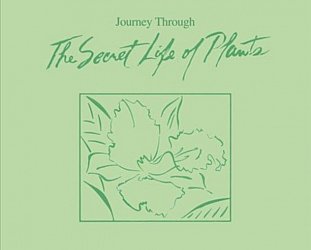