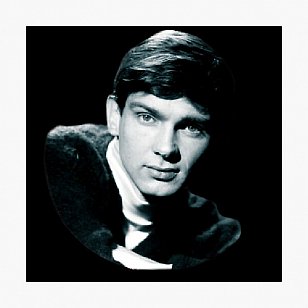 Although the British Invasion in 1964-65 severely damaged the careers of many US artists – pretty-boy male singers most notably – a few survived the incursions.

And in the case of Gene Pitney, paths sometimes crossed.

Before the Beatles appeared on the Ed Sullivan Show in February '64, Pitney from Connecticut had scored major hits with aching songs like A Town Without Pity, Only Love Can Break a Heart and the exceptional Twenty-Four Hours From Tulsa (the latter two both written by Hal David and Burt Bacharach).

There was also the exotically unusual Mecca, True Love Never Runs Smooth (another Hal-Burt song) and the great b-side If I Didn't Have a Dime To Play the Jukebox, and those last two very much Fifties pop dragged into a decade which was going to render their sound redundant.

Pitney was still only 23 when the Beatles played on Sullivan and – as with Ricky Nelson, Tony Orlando, Fabian and many others – it looked as if he was going to be marginalised, despite the chart hits in years previous. However he also had two fine songs in the year of Beatlemania: It Hurts To Be In Love (a Brill Building song) and the heroic I'm Gonna Be Strong.

But after that there were limited chart returns: Looking Through the Eyes of Love, then the memorable Greenaway-Cook song Something's Gotten a Hold of my Heart in '67, recorded again in '88 with uber-fan Marc Almond of Soft Cell who could hear a gay/camp subtext and their duet went to #1 on the UK charts.

But around the time he was still a contender pre-Sullivan he crossed paths with the Rolling Stones when the band were recording material for their debut album in early '64.

Pitney and Phil Spector (referred to on the Stones' cover as “Uncle Phil and Uncle Gene”) arrived in the London studio – Pitney bringing a large bottle of brandy, and being credited as playing piano on Little by Little which Spector and Jagger knocked off in a corridor.

In passing let us note, Pitney is also a footnote in Marianne Faithfull's very early life in the Stones' circle: he tried to woo her when she was that virginal-looking 17-year old convent schoolgirl.

Also, Uncle Gene was one of the first to record a Jagger-Richards song: That Girl Belongs to Yesterday (which went top 10 in the UK in '64), “although he improved on the words,” wrote Richards in his autobiography, “and on our original title, which was My Only Girl”.

In his band biography The Stones, Philip Norman wrote that Pitney's version of the Jagger-Richards song underwent a “drastic rearrangement to suit [Pitney's] piercing voice which, it was said, hit notes only record engineers and dogs could hear”.

And that was Pitney's signature sound. A sometimes impossibly high, penetratingly narrow sound in which he – perhaps more like a next generation Johnny Ray/Nabob of Sob/Prince of Wails – ached audibly as heartbreak descended and his voice cracked with emotion.

That is what you hear on a song like Only Love Can Break a Heart when he drops away from the soaring chorus into the verses: “Please let me huu-u-uld you . . . You know, I'm so-huh-ooooory . . .”

Pulling this Pitney compilation album of the shelves at random opened that ignored corner door into a different past when singer/songwriter Pitney – who died in 2006 in his hotel room in Cardiff after a concert, that story told here – was one of the great interpreters of lyrics filled with pain, regret and betrayal. 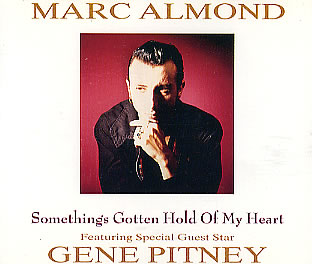 Perhaps his greatest moment among these 16 songs is the extraordinary Hal David story of a man unable to resist temptation on Twenty-Fours From Tulsa, which – as a narrative – is the equal of Jimmy Webb's By the Time I Get to Phoenix.

Maybe Only Love Can Break Your Heart is its near-equal, and Mecca – arranged by the great Jerry Ragavoy – is such a crazy song it's right there as a song you can't unhear.

Unfortunately Spotify only has 10 of Pitney's Big Sixteen (how does that work?) and you have to search further for the essential, cinematic pop-noir of Town Without Pity, the lesser Tower Tall and Cry Your Eyes Out, the wonderfully orchestrated Bacharach-David's True Love Never Runs Smooth (“it's worth all the pain, the heartache and pain”; cue soaring strings and backing vocal), Take Me Tonight . . .

And you do need to hear the glorious melodrama of the wonderful Backstage: “I take my bow, leave the stage, then somehow backstage I'm lonely, backstage I cry . . . out on that stage, I'm famous now . . . I didn't know I'd miss you so . . .”

This was a song located between Judy Garland and Freddie Mercury.

And that was the great Gene Pitney – a man who sang of heartbreak, fame being just a game – who went from the top of the US pop charts and acclaim, in the studio with the Stones to disappearing . . . then being revived in the Eighties as a camp icon.

And died alone a hotel room in Cardiff.

Gene Pitney's Big Sixteen is just a glimpse behind the curtain of his life and music.

His story in song is out there.

For those few today who would find it.

The reduced version of Gene Pitney's Big Sixteen is on Spotify here, but look around for more. He surprises, even now. The original record is in discount bins in many record shops: $5 gets you into his pained and aching world

My Arcade label compilation has 20 songs on it. Now I will have to get it out and play it, been a while... thanks for the nudge! 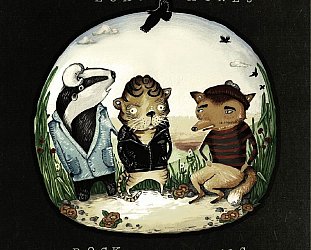