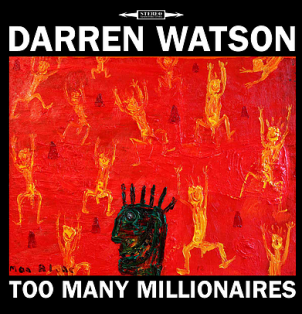 Although most people might not know it, the tenacity of Darren Watson (and animator Jeremy Jones) created a landmark ruling in this country pertaining to freedom of speech and the right to express a political opinion without it being labelled as partisan and therefore a political advertisement.

Watson’s song Planet Key – far from his finest musical moment it must be said – and its attendant animated clip was a satirical stab at now-former prime minister John Key in advance of the 2014 election.

But the somewhat haughty Electoral Commission considered it a political advertisement (huh?) and so therefore it could not be played on radio or TV, or sold, without being identified as such.

It was nonsense of course -- it was no more a political advertisement than a political cartoon in a newspaper – but that was that.

Watson went to the Hgh Court to fight it, and six months later it ruled unequivocally in his favour.

The Electoral Commission appealed but another six months later after further deliberations that appeal was thrown out.

It was real fight for the freedom to hold and advance a political opinion, and one that should not have had to be made.

Some cynically noted that Watson was getting a lot of publicity out it, and it was true. But taking a case to the High Court (and again) is not a time-consuming and soul-sapping course most would take for a bit of publicity.

Watson's album at the time was his excellent Introducing Darren Watson, a funny title given he'd been around since Chicago Smoke Shop in the Eighties and the album was his fifth under his own name.

This new one – under another wry title – is something of a departure for a man who can play searing electric guitar, and who could easily have delivered an angry collection which milked that controversy and its fall-out.

But that was the past and he has moved on, but to even further back in the past.

Too Many Millionaires is a dialled down acoustic album with a small band (acoustic bass, piano etc) and specifically made for vinyl manufacture and release (and available on streaming/download services) : four songs a side, 33 minutes long.

The title track is certainly a resonant message in the contemporary world but it is a sentiment that can be traced back through the blues back to its origins, and of course it embodies a fundamental and timeless truth: “They got it it all but got nothing to spare, they complain about the people who live on welfare”.

The same holds true for Hallelujah (Rich Man's War) which is a gently stomping blues -- “gonna fight 'til the rich man wins” -- and is freighted with a universal truth which might have come from the South in the Thirties or Chicago's South Side in the Vietnam era.

His blues-folk persona comes to the fore everywhere, notably on the slow and brooding Mean Me Right Blues (with Dayle Raymond adding understated piano, Terry Casey on harmonica) and the bottleneck slide of Pilgrim (“I am a fighter but I don't know what I'm fighting for”).

Perhaps National Guy might seem to have a fairly specific local reference and it's hard to escape the neo-liberal, hard-right impetus in the title character.

A standout is That Guy Could Sing! Which is Watson as a young man looking at an older bluesman who “lived inside the songs he sang” and making lyrical reference to Muddy Waters, Howling Wolf and Elmore James. It is about being real in the music, how you can't fake sincerity if you are committed to the blues life . . . but the high toll it can take.

Then there's the sting, steeped in honesty and respect: “Ask me who and I'll say this once, Rick Bryant sure could sing”.

Watson is on record saying he feels this is his most authentic album yet (although you do need to hear his much recommended Saint Hilda's Faithless Boy of 2010) and you can understand why he might say that.

This feels unadorned, immediate, from the heart and rootsy.

And on the final track Past Tense he's given reviewers the perfect closing line: “My heart's deep in this song “.

Elsewhere has reviewed a number of Darren Watson's previous albums and there is also a Famous Elsewhere Questionnaire with him. Start here. 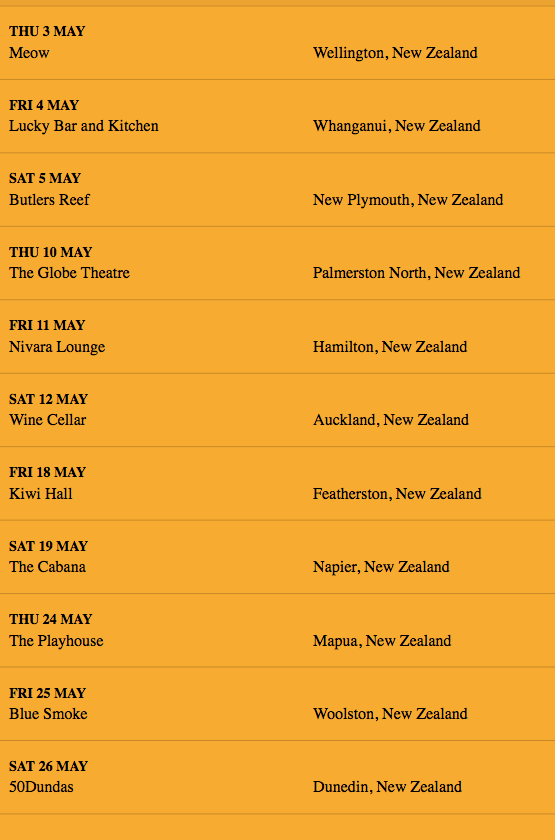