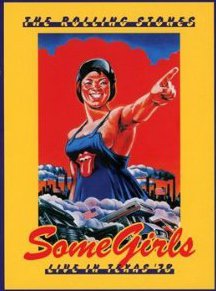 Although the Rolling Stones' disastrous free concert at Altamont in San Francisco in late '69 is considered the final nail in the coffin of the hippie-era Sixties, it is less acknowledged that it was also the start of something.

If the years preceding Altamont (and the Manson murders) had been about peace, love and benign drugs like marijuana and the consciousness-raising effects of LSD, what followed in the Seventies was something very different, as the mood of Altamont announced.

In the Seventies the drugs got dirtier and darker, and the Rolling Stones rode that wave too. It was their decade of decadence.

Popular wisdom says that in the early Sixties you were either a Beatles or a Stones fan -- I've always thought that was a construct developed after the event by people wanting to make themselves appear cooler than they maybe were -- but by the mid Seventies it was very clear.

The Rolling Stones now stood for rock'n'roll in all its decadence and madness. Stones concerts surged ahead on an intake of downer drugs and Jack Daniels and although it was hardly a sophisticated sentiment or song, the catch-phrase "I know it's only rock'n'roll but I like it" bellowed out in a stadium or field made it clear to all where your loyalties lay.

The Stones -- the self-proclaimned "greatest rock'n'roll band in the world" -- were emblematic for many of the true spirit of rock and all others were just pretenders.

By the mid Seventies saying you were a Stones fan meant never having to say you were sorry.

Fortunately they had the songs to back up that loyalty.

In retrospect the Stones greatest period was between 1968 and '78. Before that they had been an excellent blues-based pop band with some increasingly rough-edged songs, but from Beggar's Banquet to Some Girls they were at the top of their game.

Just look at the albums of that period: Banquet with it meltdown of blues-based rock and country, then Let It Bleed, Sticky Fingers, Exile on Main Street, Goat's Head Soup, It's Only Rock'n'Roll, Black and Blue (underrated at the time) and Some Girls.

Add to that mix the changing line-up (Brian Jones out, Mick Taylor in, Taylor out, Ronnie Wood in) as well as Keith Richards' high-profile drug addiction and you have the makings of the Stones mythology.

So by the time they arrived in Texas in July of '78 on the back of ther recently released Some Girls album they had a body of stadium-sized hits, a legend which preceded them and the number one album on the charts.

By this time they were also physically removed from the crowd (Altamont had taught them that much, check what a ramshackle stage set-up was on offer there) and had good security -- but they were also just a rock'n'roll band. None of the back-up singers and horn section which they would later carry, or any massive stage set or light show.

It is just the Stones with Ian Stewart and Ian McLagan (on keyboards) with a guest spot by violin player Doug Kershaw.

This was the Stones exactly as you wanted them -- then, and now I suspect: stripped back, standing close to each other (none of those ramps) and playing to a concert hall as if they were still in a club.

Punk has just hit and the Stones knew it -- Jagger wears a t-shirt with "Destroy" on it and duct tape -- so they fired themselves up with fast, disciplined riff-driven rock.

Filmed by multiple cameras -- one rather too close to Jagger's crotch at times -- the Stones rip through a terrific set which ignores Satisfaction in favour of more recent material like Star Star, Beats of Burden, Miss You, the punk/New Wave manoeuvres of Shattered and Respectable, and Exile material (All Down the Line, Tumbling Dice, Happy).

Of course they address Some Girls material with When the Whip Comes Down, Imagnation, Far Away Eyes, Respectable, Beast of Burden and Shattered. Oddly enough they ignore Some Girls (maybe even then its controversial lyrics seemed a misstep, they change them in concert these days) and while Miss You leaves the New York disco far behind as Richards and Wood drive it, Jagger has to strut and pose to keep the attention during the central keyboard section (which prove it not a song for concerts).

But as if to remind you of where they came from they join the dots between Let It Rock (the opener, a Chuck Berry song in all but writer credit) and Berry's Sweet Little 16 (before closing with Brown Sugar and Jumpin' Jack Flash).

Jagger also plays up to their reputation.

This remastered film -- with the sound mixed by Bob Clearmountain -- shows the Stones at career peak, and afterwards things were not quite the same. It would be another decade -- until Steel Wheels in '89 -- before they would make another truly satisfying album.

Of course the tours got bigger in the interim, the ramps and blow-up backdrops, the scale of the productions attracting more attention than the music in many cases. But that was more about bombast and spectacle and less about rock'n'roll.

The Rolling Stones' career has been undergoing some kind of reissue programme lately but, sensibly, it hasn't been chronological. Rather it has picked out highpoints -- Get Yer Ya-Yas Out and the Exile period . . . now the Some Girls year.

But then they always were, right?

(The bonus footage contains an interesting, 15 minute 2011 interview with an amused and amusing Mick Jagger, and another Jagger interview from the late Seventies with Dan Aykroyd, and the Stones playing three songs on Saturday Night Live in '78, and Stones interviews on ABC at the time.)

There is plenty more on the Stones at Elsewhere -- including album, film, book and concert reviews -- starting here. 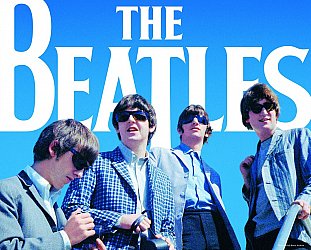 Just as there were predicable howls of disapproval from the jazz elite when Clint Eastwood announced he was making a bio-pix of Charlie Parker (Dirty Harry taking aim at Bird?), so too were... > Read more 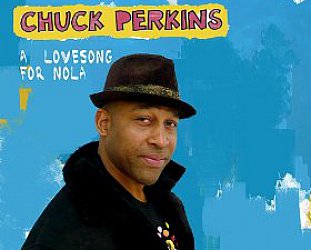 Those with a rose-tinted view of New Orleans are usually those who haven't been there and taken a wrong turn into a street where menace seeps from the walls at knifepoint. They are often people... > Read more