The title here is certainly true: 63-year old Florida-born Bradley -- an exceptional soul singer who sounds like a distillation of James Brown, aching Otis Redding, the troubled Marvin Gaye, searching Al Green and the much overlooked Sonny Charles of the Checkmates -- has barely had a chance to dream in a hard-working life.

Bradley seems to have been a cook most of his life (from a mental hospital in New York to Alaska) while making music in Maine, New York and California. Initially inspired by seeing James Brown at the Apollo as a teenager, Bradley put together bands as and when he could and as "Black Velvet" he would do Brown-style routines.

It was at one of these shows a few years ago he came to the attention of Gabriel Roth of Daptone Records who brought him in for sessions.

Co-writing with Thomas Brenneck (who seems utterly atuned to Bradley's hard-scrabble life and experiences), Bradley pours his everything into this exceptional album which bemoans the state of the planet (The World is Going Up in Flames), the soullessness and lack of direction in America today (Golden Rule), redemption in the arms of love (I Believe in Your Love, In You I Found a Love), and the autobiographical Heartaches and Pain (about his brother being shot) and Why is Life So Hard ("to make it in America")?

When he addresses the socio-politicl landscape he is like a modern day Gaye broken by the woes of contemporary life (the brooding How Long), but when touched by love or the spirit (the title track) he can just get on up and do his thing in funky James Brown style.

Backed by the Menahan Street Band -- seasoned studio players who know this music intimately -- Bradley has lived out and delivered one of the finest old school soul/r'n'b albums in recent memory.

Hell, even the cover looks like it comes straight outta '72.

Great album, very even quality for a debut (at 63 years of age - there is hope for us all !), and a really interesting life - so close to success so many times. Just shows what perseverance can do. Sniffing him out on the 'web, I think too much has been made of his James Brown style..he's not a JB impersonator, but there are some obvious parallels of styles. And as an Aussie, I find it interesting to see a photo of Wave Rock (Western Oz) on the cover, thanks for the review. 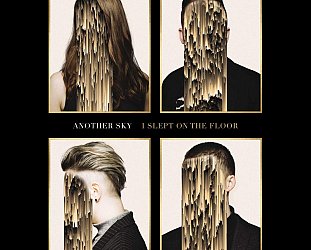 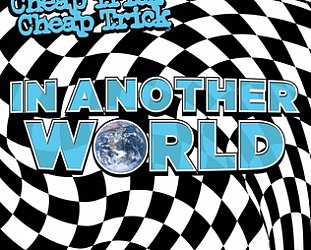 On the basis of their thrilling show at the Auckland Town Hall about 40 years ago – with a wave of his hand Cheap Trick guitarist Rick Nielsen brought the crowd to its feet in defiance of the... > Read more