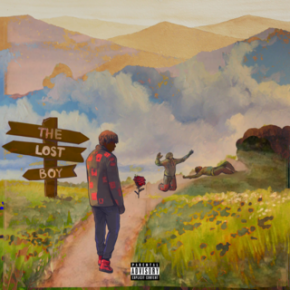 On a curated playlist for artists to watch in 2019, the 21-year old Cordae Dunston – aka YBN Cordae – out of North Carolina was included with the explicit Kung Fu from his YBN:The Mixtape. That mixtape picked up artists from the YBN collective (Young Boss N*ggaz) and this is Cordae's debut album which credits 18 other producers, numerous Cordae co-wrote these with many others,... > Read more 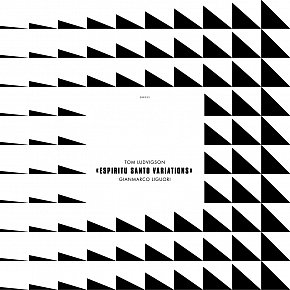 The island of Espiritu Santo, Vanuatu is something of a tourist destination these days, notably for divers who can enjoy the clear waters and abundant tropical marine life. But while it boasts a beautiful name (Holy Spirit or, more loosely, sacred spirit), it wasn't on many outsiders' radar in the mid Seventies when the population of the islands in the archipelago was no more than 90,000.... > Read more 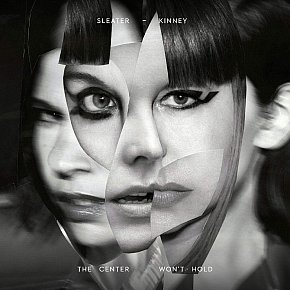 The previous album No Cities to Love by US alt.rockers Sleater-Kinney – their return to the frontline after a decade away – was such a thrilling, confrontational, bruising and yet melodic scalpel taken to personal and socio-political issues that it was impossible to turn away. And as we said in our review at the time, it “reminds you how faint-hearted, insipid and just... > Read more 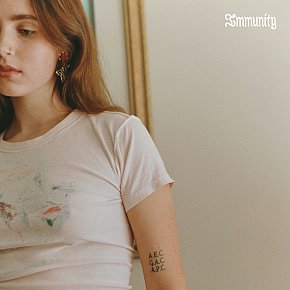 First let's say this, when graybeards bemoan young artists getting enormous attention on the back of just a single or two, this writer is forced to remind them that exactly the same happened for the favourite artists of their era: Beatles, Stones, Cilla Black, Animals et al. So we shouldn't be dismissive just because this 20-year old American singer got over 30 million streams on You Tube... > Read more 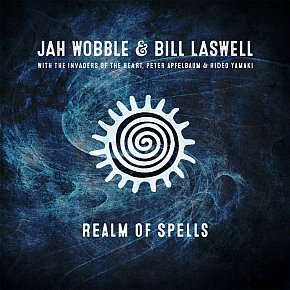 These two inventive bassists, producers and sonic innovators haven't worked together for almost two decades. But with their souls in dubbery and post-punk barrier bounding, and here with Wobble's Invaders of the Heart band, they mix horns, cool jazz (floating flute from guest Peter Apfelbaum and electronic keyboard ripples on the seductive opener Fanfare for Phenomena) and more across big... > Read more 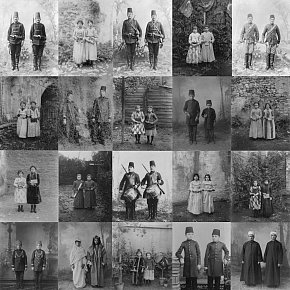 Auckland's Paul McLaney has a long career of considerable accomplishments in various genres from acoustic singer-songwriter and rock (with Gramsci) to setting some of Shakespeare's soliloquies to music. He was also an accomplice on this excellent – and expensively produced – prog-rock hoax. Under yet another alter-ego, The Impending Adorations, he has presented four... > Read more 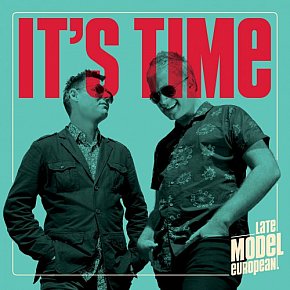 Two points of interest in this appropriately entitled album: it is the debut from this local pop-rock duo of Tones Thorburn and John Nelson (and friends) and it is also one of the first vinyl pressings – here in a handsome gatefold sleeve with lyric sheet and download card – from Holiday, the new central Auckland pressing plant/record store which is getting music onto high quality,... > Read more 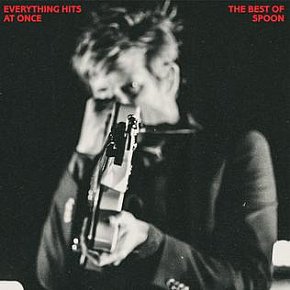 Originally out of Austin, Texas a couple of decades ago, this revolving door four-piece around singer/guitarist Britt Daniel and drummer Jim Eno started their career on the indie label Matador and after some major label attention for two modest selling albums on Elektra were dropped then went to Merge, their own label and now are back at Matador. This 13 song compilation not only favours... > Read more

The previous album Father by this hitherto unheard of (at Elsewhere anyway) US artist was such an ear-opener that we commend it to you . . . and are pleased to introduce this new one. As before, she works along the acoustic singer-songwriter axis, but those many years in Paris (where she was signed to Blue Note) are apparent on the seductive opener Except for Love which has some of that... > Read more 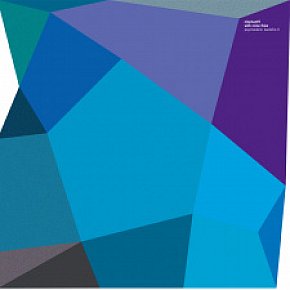 With last year's Greatest Show on Earth by the Norwegian power-jazz trio Elephant9, we warned they were not for the faint of heart. They were muscular, offered hard-edge funk with prog-rock tendencies and peppered a bit of wry wit throughout. But they connected at Elsewhere and so this one – with the legendary Swedish guitarist Reine Fiske who played with jazz saxophonist Jonas... > Read more 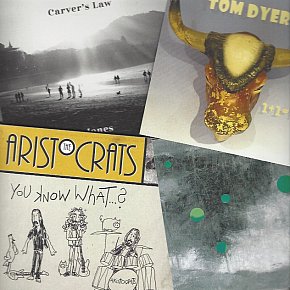 With so many CDs commanding and demanding attention Elsewhere will run this occasional column which scoops up releases by international artists, in much the same way as our SHORT CUTS column picks up New Zealand artists. Comments will be brief.  Jones: Carver's Saw (Meme Records) Dedicated to the late Mark Hollis of Talk Talk (“a man of principle and a major... > Read more 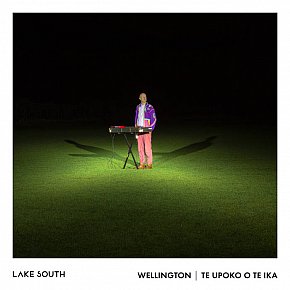 The smarter local artists realise that they need a point of difference/interest in these days of streaming where their music just exists in the endless ether of other music. So vinyl releases, cassettes and CDs with booklets, decent artwork and so on entice fans and the casual listener into buying the artefact as opposed to just streaming, a practice out of which the artist gets little... > Read more 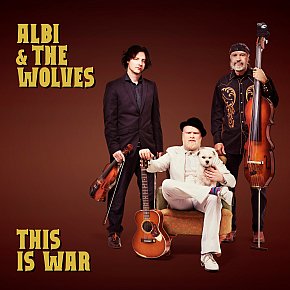 Albi and the Wolves: This is War (Second Hand Records/digital outlets)

One of the most interesting and insightful respondents to an Elsewhere questionnaire was singer-songwriter Chris Dent aka Albi of this energetic folk trio. His answers were thorough and, even now a year on, well worth reading. That they made such strong and thoughtful music almost seemed a bonus . . . but it's been a while since their debut album One Eye Open three years ago. This time... > Read more 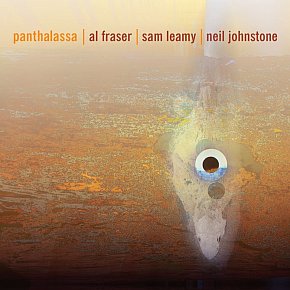 Some weeks before the release of this new album by taonga puoro artist Al Fraser (who has previously appeared at Elsewhere, and here with yet another ensemble of contributors), I mentioned to Rattle's great helmsman Steve Garden that I imagine Maori filmmakers and television producers would be beating a path to Fraser's door for soundtrack work. Seems that is increasingly so and, now signed... > Read more 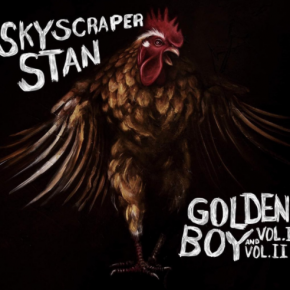 Yes, Stan Woodhouse does literally stand tall, but he also has a towering musical presence on this second album after Last Year's Tune about four years ago. He's a troubadour who explores characters on the periphery of society or those – as on the opener Dole Queues and Dunhill Blues where he reaches for the anxiety of the young David Byrne, bewildered and angry about the world he is... > Read more 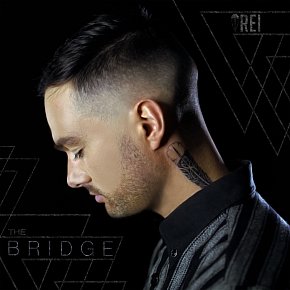 Auckland-based Callum Rei McDougal – aka Rei – came out of the gate fast; in 2015 when in his early 20s he picked up Best Maori Urban Album at the Waiata Maori Music Awards for his debut C.H.I.E.F. And he repeated the trick with his second album A Place to Stand. On this third album he again mixes the socio-political and the personal on songs here like... > Read more 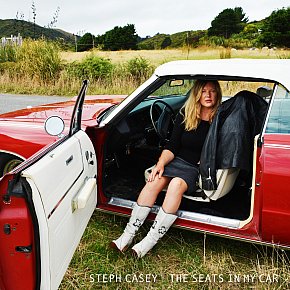 Recorded at Lee Prebble's Surgery in Wellington and backed by the likes of Caroline Easther, Allan Galloway, Murray Costello and others with impeccable pedigree, this second album by the acclaimed indie.folk singer Steph Casey – whose debut Whisper and Holler went top five here at home and got favourable notices internationally – confirms a strong and unique talent. After the... > Read more 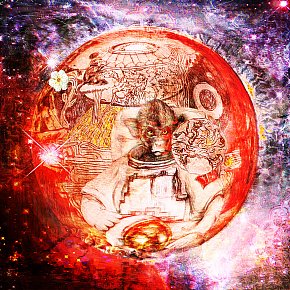 It's widely accepted that some of the most interesting things in life and the arts happen when cultures rub against each. Focus that down onto music and when genres are scrambled or denied, and when sounds from various cultures come into play you get Womads, contemporary world music and things like the recent albums by 75 Dollar Bill, Sarathy Korwar and . . . and this five-piece from... > Read more 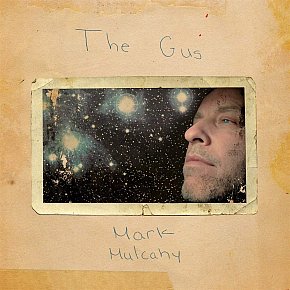 Given the admirers who appeared on the 2009 tribute album to him included Frank Black, Thom Yorke, Juliana Hatfield, Michael Stipe, the National and many other luminaries, you'd think this US singer-songwriter would be much better known. He's released five albums under his own name (Elsewhere reviewed the last two) as well as those with his bands Miracle Legion (mostly defunct) and Polaris.... > Read more 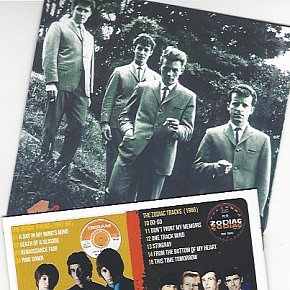 While talking with a friend, who knows a lot about all kinds of New Zealand music, we agreed that not every local band was great and not every album a Kiwi classic. Despite what their champions might say. Yes, we had some excellent musicians, and even many great ones, but often the vehicles they had – the band around them, their singles and/or albums – were... > Read more