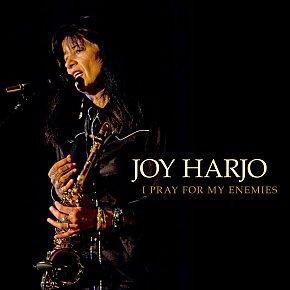 We are forgiven for not knowing much if anything about Joy Harjo who is the current Poet Laureate in the US and the first Native American to hold that title. Harjo (Muscogee Creek Nation) has won more accolades than we could count and at almost 70 has built a huge body of written work and half a dozen albums where she reads her powerful work with various traditional and contemporary musical... > Read more 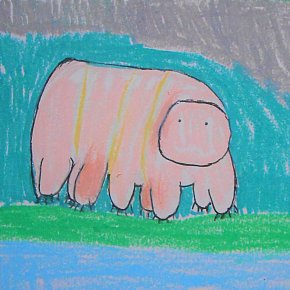 In keeping with Elsewhere's self-imposed ethos of taking you “elsewhere”, we draw attention to this album out of Sweden which is about as "elsewhere" as we have heard in a very long time. Noemie M Nours (aka Noemie Dal) apparently played at Auckland's Audio Foundation in mid 2019 (with Pumice) but other than this following description on bandcamp we can tell you... > Read more 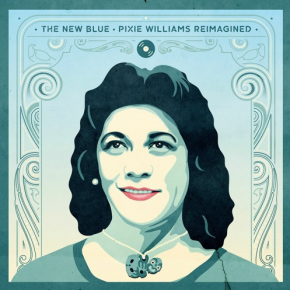 Later 21-year old producer Stan Dallas would recall, “We actually didn't say it, but I think everybody realised we were making history”. That was when in, October 1948, the Ruru Karaitiana Quintette with 19-year old singer Pixie Williams recorded the achingly beautiful lament Blue Smoke. Released the following year when families still mourned the loss of young men... > Read more 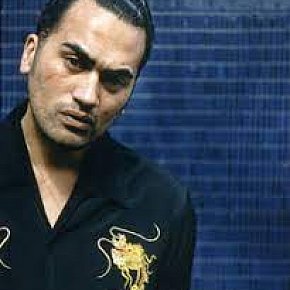 From time to time Elsewhere will single out a recent release we recommend on vinyl, like this one . . . .   In his excellent 2015 memoir-cum-biography-cum social history How Bizarre: Pauly Fuemana and the Song That Stormed the World, Fuemana-champion Simon Grigg, with clear eyes, wrote candidly of the problems with Pauly Fuemana who had died in January 2010. Pauly was difficult... > Read more 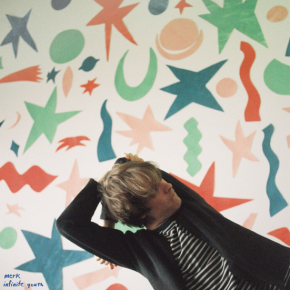 Listening to the recent vinyl reissue of Voom's terrific album “Hello, Are You There?' it was easy to be struck by how many albums, like his, on the Lil' Chief indie label are mercifully free of irony and often aim for an innocent but not naïve reading. Certainly a few have had a frisson of detachment, but for the most part in delivery and text there is a pleasing emotional... > Read more 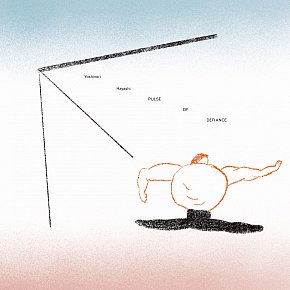 The musically eclectic Tokyo-based producer, synth experimenter and more Yoshinori Hayashi has created some of the more interesting and often impossible to define albums in recent years. This new one is no exception as he roams freely between allusive sonic landscapes (threatening, enticing or off-kilter by turns), pieces created out of clatter of drums and synths, dancefloor beats, quirky... > Read more 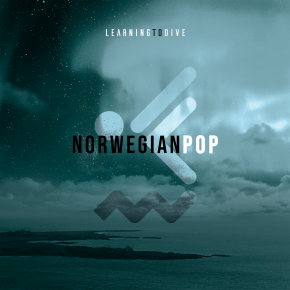 For every Bowie Let's Dance in the Eighties there was an Ultravox Vienna, for every New Romantic in bright mascara there was a tribe of white-faced Goths listening to the Cure. The Eighties may have been the decade of We Are the World and Live Aid but, lest we forget, they were prompted by a horrendous famine. The Eighties were dark times: Chernobyl, the Cold War, Thatcherism/Reaganism... > Read more 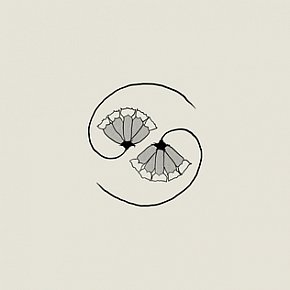 Part way between sonic experimentalism, prog-rock and a socio-political manifesto (in the titles of its tracks), this quite remarkable instrumental album by the Canadian band which has been around for a decade and a half delivering what has loosely been called post-rock. In it's most narrow definition post-rock is music using traditional rock instruments to deliver something other than... > Read more 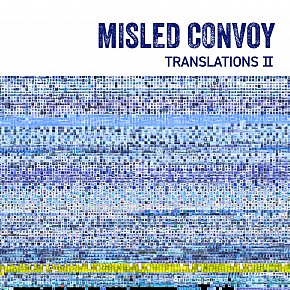 Being a producer means never having to say you're unemployed? Here London-based Mike Hodgson (half of Pitch Black with Paddy Free) delivers a collection of his Misled Convoy remixes and reimagining of material by the likes of such old school New Zealand figures as FreQ Nasty and the Nomad, Auckland singer Sandy Mill, Mike Weston, Tom Ludvigson and Otis Frizzell who are... > Read more 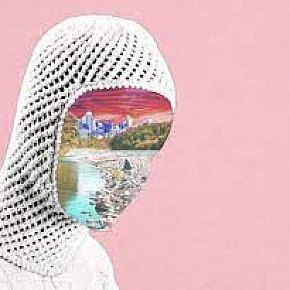 For more than a decade Edward Castelow, as Dictaphone Blues, has been delivering snappy pop-rock albums which have always found favour at Elsewhere for their astute economy, assimilation of influences and enjoyable songs (with lyrics which sometimes take a bit of pleasurable decoding). Here, under his own name and an album title which is loaded with meaning, Castelow departs from his usual... > Read more 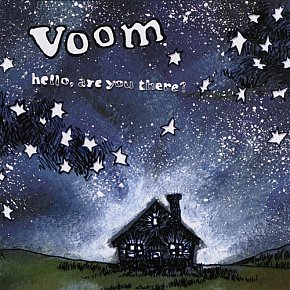 Buzz Moller's Voom were too widely respected and known at the time to qualify as a cult item in the early 2000s, but these days their small catalogue (just two albums, this their second from 2006 on Lil' Chief) ensures that position with a generation which has grown up without hearing of them, let alone their music. For a band which recorded this album on the fly in... > Read more 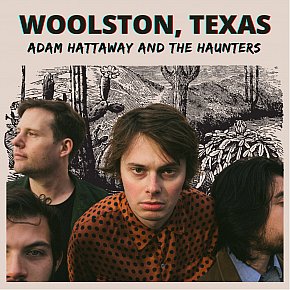 When Hattaway and the Haunters played at the 10thanniversary celebrations for Marty Duda's excellent 13th Floor website last week it was obvious why they would have appealed to New York State-raised Duda. I suggested to him they sounded as American as the Band rocking out with a touch of Detroit/Iggy desperation and energy. And they had two interchanging lead... > Read more 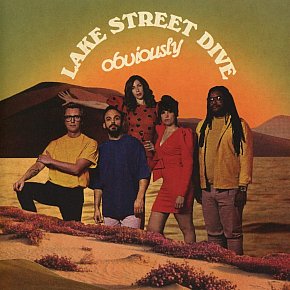 Even amidst the smorgasbord of sounds at 2015's Womad in Taranaki, Lake Street Dive – four graduates of Boston's New England Conservatory of Music -- stood out. The infectious energy of singer Rachael Price – whose role models were Ella Fitzgerald, Judy Garland and Mariah Carey – was engaging and they moved easily from Sixties soul to slippery jazz-funk and persuasive... > Read more 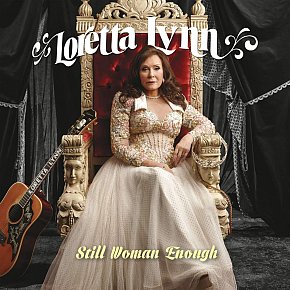 Assured and assertive women frequently populated the often-autobiographical songs of country legend Loretta Lynn who, although 89 next month, doesn't look much older than when she recorded the enormously successful Van Lear Rosewith Jack White of the White Stripes in 2004. That was an important album for White loosening himself from rock. For Lynn it was just another hitching post on a... > Read more 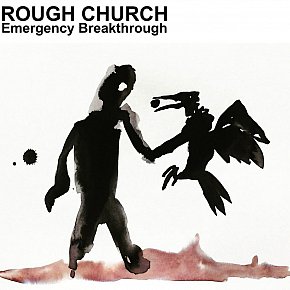 There are credible name-checks in favour of this American power-pop/rocker/indie balladeer/poet Greg Franco to pique local interest. He came to New Zealand's Powertools label with his 2006 album which he'd recorded in Dunedin with the Clean's David Kilgour and Robert Scott, the late Tane Tokona (of Kilgour's Heavy Eights) and Tom Bell (venue owner, engineer etc). Apparently he is... > Read more 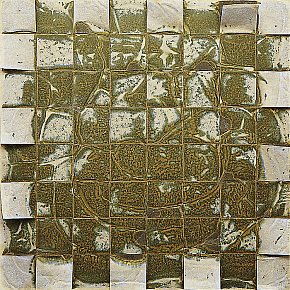 Bardo Ponds, the fuzzed-out psychedelic project of brothers John and Michael Gibbons from Philadelphia have been at it for almost 30 years but have only ever appeared at Elsewhere once, four years ago with Under the Pines which fell more into the “interesting” than “essential” category. The brothers also run this intermittent and more experimental... > Read more 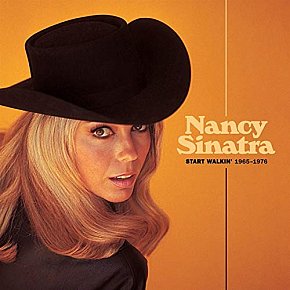 Among my cheaply bought secondhand records is the 1972 album Again by Nancy Sinatra and Lee Hazlewood . It was previously in the music library at 4ZB (the cover also has an official NZBC sticker) and someone, presumably the programmer, has written in heavy ballpoint “DON'T PLAY” and drawn a line through the song Down from Dover. Next to the cheery Back on the... > Read more 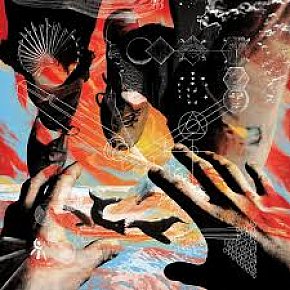 Danalogue and Alabaster DePlume: I Was Not Sleeping (Total Refreshment/digital outlets)

Neither of these names may be widely familiar but Danalogue – on synths and keyboards – came to Elsewhere's attention as part of the exceptional Comet is Coming jazz (and elsewhere) ensemble out of London, and he was on Sarathy Kowar's terrific More Arriving album of 2019. Saxophonist/multi-instrumentalist DePlume (Gus Fairburn) we do not know but he seems to move... > Read more 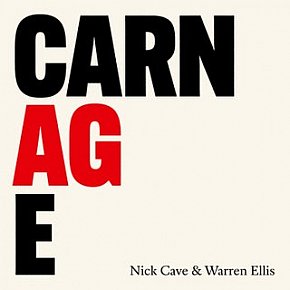 Nick Cave may have alienated some with trenchant comments about the call for a cultural boycott of Israel in solidarity with the Palestinian people. Among other things, he called it an attempt “to bully, shame and silence musicians”, but also asserted that although he and the Bad Seeds played in Tel Aviv in 2017 that shouldn't be read as tacit support for Israel's... > Read more 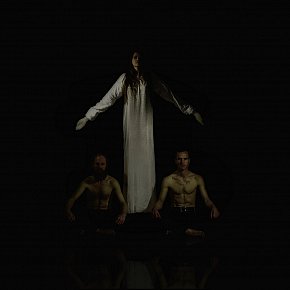 Most music has turned into such commodified product that it's sometimes hard to remember the period – before the lifetime of some, of course – when musicians took risks, made the noises they wanted and just went their own way independent of everyone else. Maybe the post-punk period of the early Eighties – the time we refer to here – was an aberration: but it sure was... > Read more