So how does Elvis Costello, now umpteen albums into his career – which has embraced phlegmatic New Wave post-punk, country music, folk-rock, work with the Brodsky Quartet, Allen Toussaint and Burt Bacharach, the Wise Up Ghost revisions with the Roots and more – keep himself, and just as importantly us, interested? By opening this 31ststudio album with a mournful Middle Eastern... > Read more Can you be a fan of a band you've only ever seen twice, and there had been a gap of maybe more than a year between the encounters? The furious but focused energy and sonic intensity here from just vocals,bass (Amanda Cheng), keyboard (Peter Ruddell) and a stripped-down drum kit (Tom Leggett) confirms Wax Chattels credentials as one of this country's most interesting and important... > Read more New York-based producer/musician Daniel Lopatin (aka Oneohtrix Point Never) uses sounds as a collage artist might put together postcards, newspaper strips, found objects and snapshots. His musical breadth over his previous 10 albums has run from lush orchestrated work to blip'n'glitch electronica, weaves of evocative soundtracks, soundbites of voices and so much... > Read more 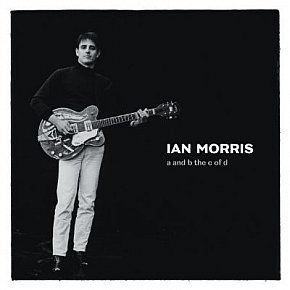 Despite lockdown limbo when one day was much like another, time steadily implodes as months, years and decades telescope in the memory. Last month, had he not been murdered, John Lennon would have been 80. In December he'll have been dead for as long as he was alive. And it has been a decade since the much respected, talented Ian Morris – best known as one of Th'Dudes, in Dave... > Read more Larry's Rebels – being inducted into the New Zealand Music Hall of Fame this year – were only around for five years in the Sixties (Larry Morris into a solo career, the band enjoying a hit My Son John under their own name before breaking up) but they released a fine album, A Study in Black. They were however a cracking singles band and although Frenzy's Grant Gillanders... > Read more Here's an album which has had a considerable gestation period: about 13 years since Auckland singer, songwriter, vocal coach, columnist and poet was given a Creative NZ grant for a follow-up to her last original collection Aurere in 2004. To be fair, there have been strange and difficult times for Smith since sessions for this began a decade ago. There was voice-loss and a vocal cord... > Read more 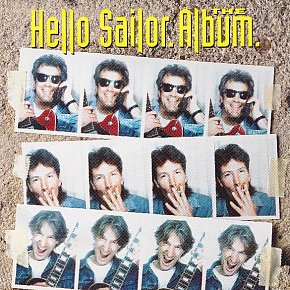 Available now on vinyl for the first time, this was the re-formed Hello Sailor in '94 after the glory (and inglorious) days of the Seventies. Hello Sailor was here reduced to the core songwriting trio of Harry Lyon, Graham Brazier and Dave McArtney – all of whom had enjoyed solo careers in the Eighties – for this reunion album where they were supported by a cast which included... > Read more 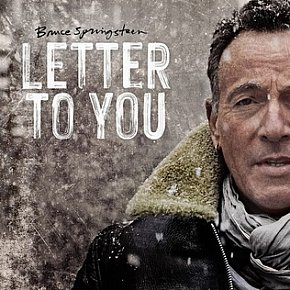 From the downbeat opening ballad through the kick-drum rockers to the final piano note of chord of I'll See You in My Dreams, Letter to You – The Boss back with the E Street Band – is the album Bruce Springsteen will embrace for its familiarity. Springsteen's Western Stars of last year was an excellent album which he populated with characters who might have been the... > Read more 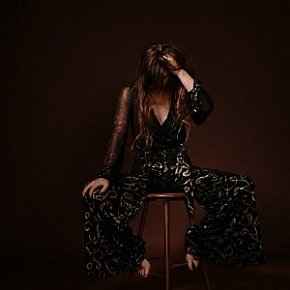 From time to time Elsewhere will single out a recent release we recommend on vinyl, like this one . . . .  Anyone who has paid attention to the remarkable career of Reb Fountain would not be surprised by this album which isn't – as some seem to be reading it – a major departure for her. The opening lines on the first song Hawks and Doves (which fades in,... > Read more

Don't You Know Who I Am From time to time Elsewhere will single out a recent release we recommend on vinyl, like this one . . . .   “Five years have past; five summers with the length of five long winters! And again I hear” . . . the beguiling and welcome sound of Phoenix Foundation with their soft murmur. In the five years since GUYD (Give Up Your Dreams), the various members of this... > Read more Although some people didn't get it, the Turtles hit Elenore in '68 was pisstake. Pushed by their record company to replicate the success of Happy Together, the band simply rewrote it with inane lyrics like “Elenore, gee, I think you're swell, you really do me well. You're my pride and joy, et cetera . . .”. It appeared on their album The Turtles Present the Battle of the... > Read more To paraphrase the old joke about Yoko Ono: “Josephine Foster has a voice that comes once in a lifetime. Unfortunately it came in ours.” Now that is cruel and unfair, but the fact is American singer-songwriter Foster's wobbly and warbling voice – which we have written about previously – is going to be a bridge too far for most. The old-time country settings... > Read more 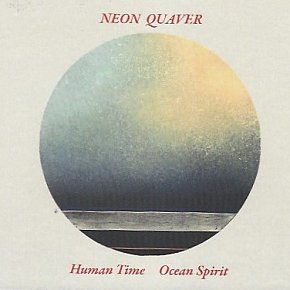 In the Eighties, the Cotton Cub in Auckland run by the late Pat Shaw – usually at the now long-gone Mandalay in Newmarket – was a place for unexpected jazz concerts. Shaw would bring through old bluesmen like Sammy Price and Alton Purnell, the jazz-fusion Sanguma from Papua New Guinea, Ellis Marsalis from New Orleans (father to Wynton and Branford) and many more. Lots of local... > Read more 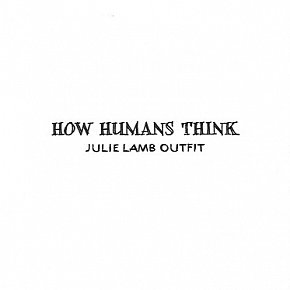 As with her 2017 album Ordinary Days under her own name, we again acknowledge Wellingtonian Julie Lamb and the time, effort and artistic presentation of this plain-looking CD which -- when opened out as a quad-fold -- has a pocket containing hand-drawn cards for the lyrics of each of the eight songs, liner note credits and a pop-up cut-out which you should discover for yourself (all by artist... > Read more Photo-realist painter Tobin Sprout is perhaps best known for being a key member of Ohio's Guided by Voices alongside Robert Pollard but also ran a solo music career, especially after he left the band for more than a decade in the late Nineties and even when the group re-formed. Now in his mid-60s, his weary voice suits his chosen idiom of lowkey, downbeat Americana and his painterly,... > Read more Perhaps more spoken about than heard, Donna Savage's band Dead Famous People tapped into a shamelessly enjoyable mainline of power pop in the late Eighties which was as uplifting as it was melodic. But after their emergence and swept up a little by a brief Flying Nun association, they left for London where the Brits – other than John Peel – were largely indifferent to... > Read more An album for those of the esoteric/world music/Enya/exotic soundscape persuasion. Named for the oldest pyramid in Egypt, Saqqara, this album by London producer/singer and acclaimed acoustic guitaristt esbe here delivers a very seductive collection of ethereal songs within a dreamy, folkadelic atmosphere which often oozes sensuality (Carry Me Away which alludes to Cleopatra and Mark Anthony)... > Read more From time to time Elsewhere will single out a recent release we recommend on vinyl, like this one . . . . Has it really been 20 years since this seminal, electronica album by Paddy Free and Mike Hodgson? Their debut Futureproof in '98 established Pitch Black as a recording act as much as a massive live attraction – it sold 4000 copies and won best electronica album at the... > Read more As with his previous, excellent Too Many Millionaires two years ago, singer-songwriter and guitarist Darren Watson again steps even further away from his previous incarnations as a fiery electric player and in a series of acoustic-framed songs – recorded at home with a few sympathetic fellow players -- touches some deeper and different places.... > Read more From time to time Elsewhere will single out a recent release we recommend on vinyl, like this one . . . .  There's a swag of retro-soul around right now: from Troy Kingi repurposing and sometimes replicating the styles of the late Sixties/early Seventies on his album The Ghost of Freddie Cesar, through the sensitive/falsetto-ache of many young pretenders who never offend on an... > Read more