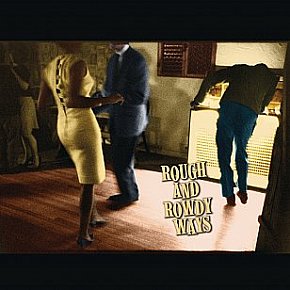 From time to time Elsewhere will single out a recent release we recommend on vinyl, like this one . . . .  When Elsewhere interviewed Thurston Moore of Sonic Youth 30 years ago (was it really that far back?) something came up in passing: Sonic Youth's cover of George Harrison's Within You Without You on an indie-rock Beatles tribute album Sgt Pepper Knew My Father. “We... > Read more 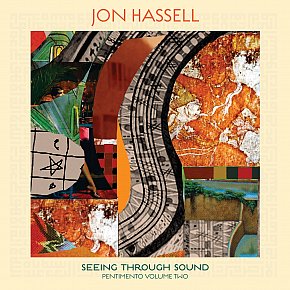 The sequel to trumpeter/sonic experimenter Jon Hassell's 2018 album Listening to Pictures/Pentimento Vol 1 which Elsewhere recommended, this is a further exploration of territory which Hassell had previously considered Fourth World music: a kind of self-defined area which includes ambient music, allusions to tribal chants or ritual music, low and surreptitious electronica, and evocative... > Read more 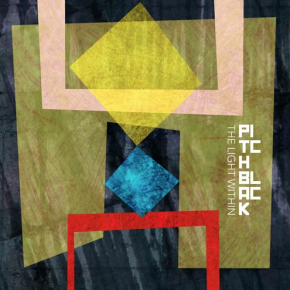 The recent Covid lockdown was like a colander for stay-at homes where musicians of all persuasions poured their stuff into it . . . but the thinnest went straight out the bottom and onto YouTube, TikTok or what have you: kids singing in bathrooms, acoustic sessions with plaintive musicians yearning through someone else's songs . . . Of course there was some good and unexpected talent came... > Read more

The former Dixie Chicks who so offended Bush the Younger, some of his Southern loyalists and faced boycotts and death threats 17 years ago, here return on album after a 14 year absence with an abbreviated name after doing due diligence with the New Zealand's Sixties band of the same name – unlike Lady Antebellum who in their move to LadyA are embroiled in an unseemly mess, not entirely of... > Read more 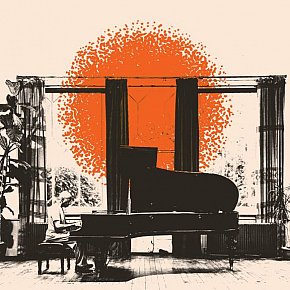 Many years ago now we wrote about Laraaji (Edward Larry Gordon) then in 2012 shifted the article into our WE NEED TO TALK ABOUT pages in the hope of garnering it more attention. His earliest work was along the ambient axis on Eno's Obscure label and that was fitting given his has always been a spiritual quest and internally focused. At other times he was a real space explorer with... > Read more 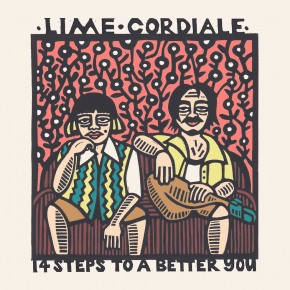 Some years ago a friend observed how many young bands were named after cuddly animals like pandas or rabbits or whatever. His conclusion: the kids in bands were going soft and inoffensive, just wanna be liked. I agreed. There was a fair bit of lightweight and twee pop out there, alongside the sleeve-sucking singer-songwriters . . . most of which didn't get written about at Elsewhere... > Read more 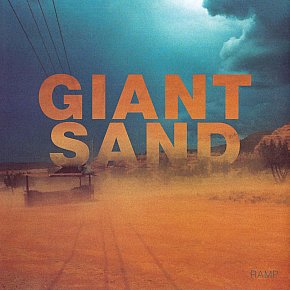 Whether with Giant Sand or any number of his various vehicles (Giant Giant Sand, Melted Wires etc) and many albums under his own name, Howe Gelb has carved a quite singular path in music which can be earthy and windblown country-influenced Dylanesque rock or framed within Spanish music or more along the lounge singer axis or . . . Wherever the mood and direction took him. The on-going... > Read more 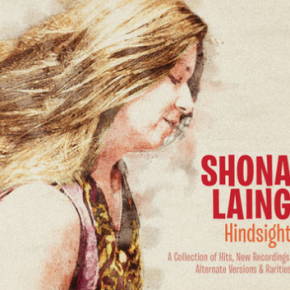 This timing of this compilation of “hits, new recordings, alternate versions and rarities” could not be better. A couple of months ago at the Taite Prize, Shona Laing's '87 album South was accorded the award for Independent Music NZ Classic Record, it's two most memorable songs (Glad I'm Not a Kennedy and the tight single edit of the chilling/thrilling Soviet Snow) opening this... > Read more 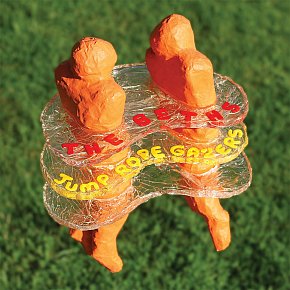 This fiery Auckland rock band are proof of the value of getting out of the practice room and a few local gigs . . . and into the wider world to get your road miles up. When they first emerged a few years ago and were embraced enthusiastically by their friends and peers, the Beths actually had some considerable way to go. Their songs felt undernourished, they could be hesitant on stage and... > Read more 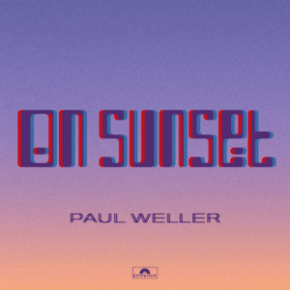 From time to time Elsewhere will single out a recent release we recommend on vinyl, like this one . . .  .  Paul Weller's albums are a bit like films by Woody Allen or Ken Loach. If you miss one it doesn't matter because another will be along soon. On Sunset is his 15thsolo album but it has been five years since we seriously checked in with his progress (for Saturn's... > Read more 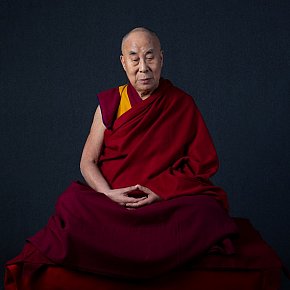 Two weeks ago in the Guardian's list of top new tracks there was an unusual entry. Alongside the clubland pop of Kiesza, a groovy remix of St Germain's Rose Rouge by Jorja Smith, the big voiced singer-songwriter Tom Walker and the r'n'b of Kenzie with Sia was the 84-year old Dalai Lama with the track Compassion from his debut album Inner Worlds. Maybe – with senior citizens Bob... > Read more 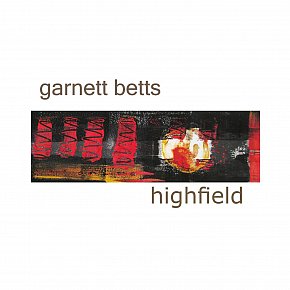 Although this album by Canadian singer/guitarist Garnett Betts came out late last year, we'd bet high odds that few in this country have heard it, or of him. But with his appealing vocals style – sometimes country-blues, sometimes closer to Bruce Hornsby's easy style – he should have strong appeal here for those who have remained loyal to his fellow Canadian Bruce Cockburn.... > Read more 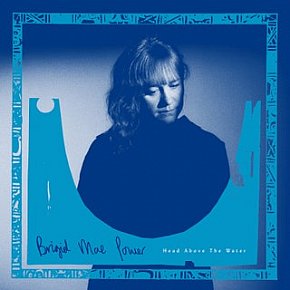 Elsewhere is well-known for approaching English and Irish folk music with some caution if not outright suspicion. The lamentations, murder and miserablism, references to medievalism, “fair maiden” and “kind sir” lyrics . . . . that is rarely for these ears. But of course there are a more contemporary stylists – like ol' Bill Fay or the drone-folk of Lankum... > Read more 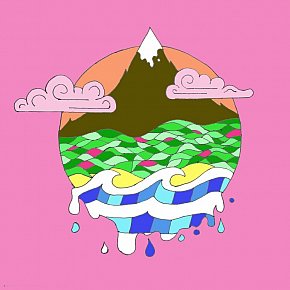 Marshmellow is acclaimed singer-songwriter/soundtrack composer Marshall Smith who has been a Silver Scroll finalist and by his own account 2000 tracks published across the globe. He is also the managing director of The Sound Room . . . . so doubtless has the sonic artillery at hand, certainly enough to record these 12 originals (and a slightly bloodless cover of... > Read more 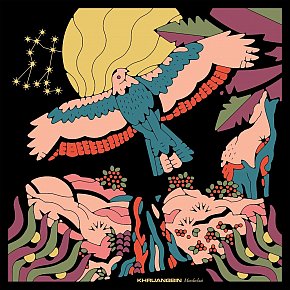 We here at Elsewhere are patient and allow people time to catch up with artists we've championed at the start of their careers. Like Khruangbin, the trio out of Texas who have perfected a kind of dreamy, psyche-ambience with nods to dub textures, Thai pop and bits of world music. We hailed their debut album The Universe Smiles Upon You more than four years ago and... > Read more 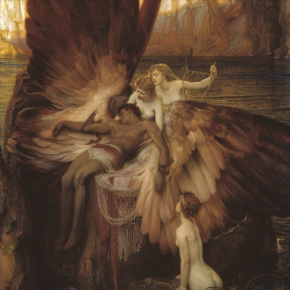 The group Gramsci was a vehicle for Auckland singer-songwriter Paul McLaney. But it had been parked up for more than a decade while he explored other musical outlets, notably his Impending Adorations electronica series, his album of musical settings for some of Shakespeare's soliloquies, the recent Old Traditions album with pianist Raachi Malik, numerous collaborations . . . And do we... > Read more 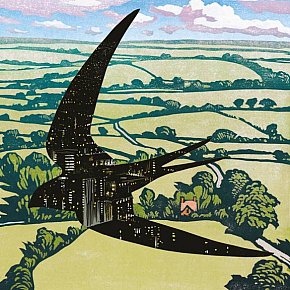 If there is such a thing as pastoral electronic folk with contemporary minimalist tendencies then this sweet and warm collection by England's Stephen Wilkinson (Bibio) defines the phrase. With acoustic guitar, fiddle, keyboards, sometimes dreamy and wordless vocals and wrapped in a cover reminiscent of Lemon Jelly's equally pretty Lost Horizon of 2002 (see below), Sleep on the Wing bridges... > Read more 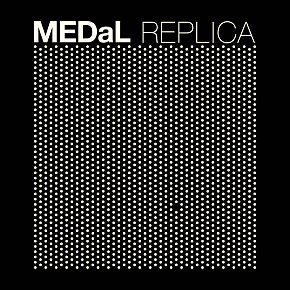 From time to time Elsewhere will single out a recent release we recommend on vinyl, like this one . . . This Lyttelton-based trio includes at least one very familiar name, Dave Mulcahy (Superette, JPSE) alongside drummer Mark Whyte (Into the Void) and John Billows (Dark Matter, Renderers). There's some serious head-down melodic thrash here (the opener Wanna Feel Good, The... > Read more 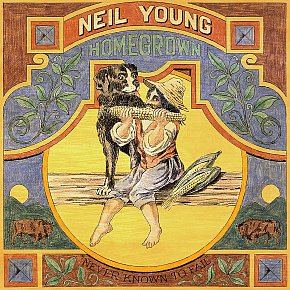 Six years ago a bunch of writers got together to consider The Greatest Albums You'll Never Hear. Not long after it rolled off the presses and into bookshops some of the albums had already appeared. Among their “lost” albums was Neil Young's Homegrown recorded in late '74 – early '75 which he already had finished and even had the cover art done for (by Tom Wilkes who... > Read more 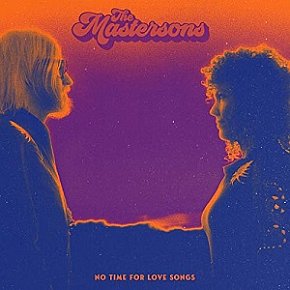 When this husband and wife duo of Chris Masterson and Eleanor Whitmore opened for Steve Earle (in whose band they played) at the Powerstation in Auckland in 2013 many of us got the impression they'd just one helluva bitter argument backstage. They looked distant from each other and there was barely a smile to be seen. They appeared happier when part of Earle's band, but that initial... > Read more