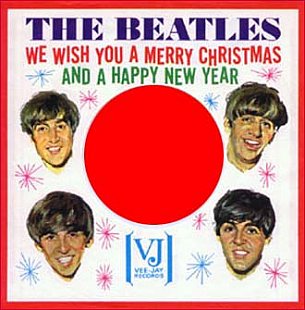 Among the many remarkable things about the Beatles' short but crowded career in the global eye was that despite touring, recording, making films, doing interviews, filming clips of songs for broadcast (the precursors of video clips) and so much more, they managed to keep going in to the BBC studios to record radio shows.

They first recorded for the Beeb before they had a record contract (through the belief, insistence and dedication of their manager Brian Epstein) and carried on through until June '65: they made 275 recordings of 88 different songs.

Some of those songs were released on the two sets of The Beatles, Live at the BBC.

And beyond that, every Christmas during the lifespan of the band from 1963 to 1970 they recorded Christmas messages for their British fans which were sent out on flexidiscs through the fan club.

Those recordings -- some pretty slapdash, some very funny -- were eventually collected on a semi-official album, but they were also snapshots of how the members were changing in personalities along with the musical changes.

What was at first funny and heretical became more removed and even fractious.

As a series of annual updates of the state of the Beatles' nation they are curios but interesting nonetheless. 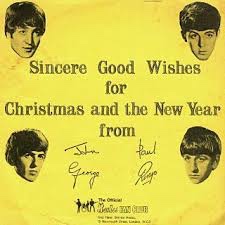 So they are knocking about in the studio on October 17 -- with their PR man Tony Barrow feeding them leading questions -- as they put the finishing touches to songs which will appear on the chart-topping album With the Beatles released a month later.

The flexidisc was sent to approximately 30,000 fans.

the famous film which captured the excitement of the period 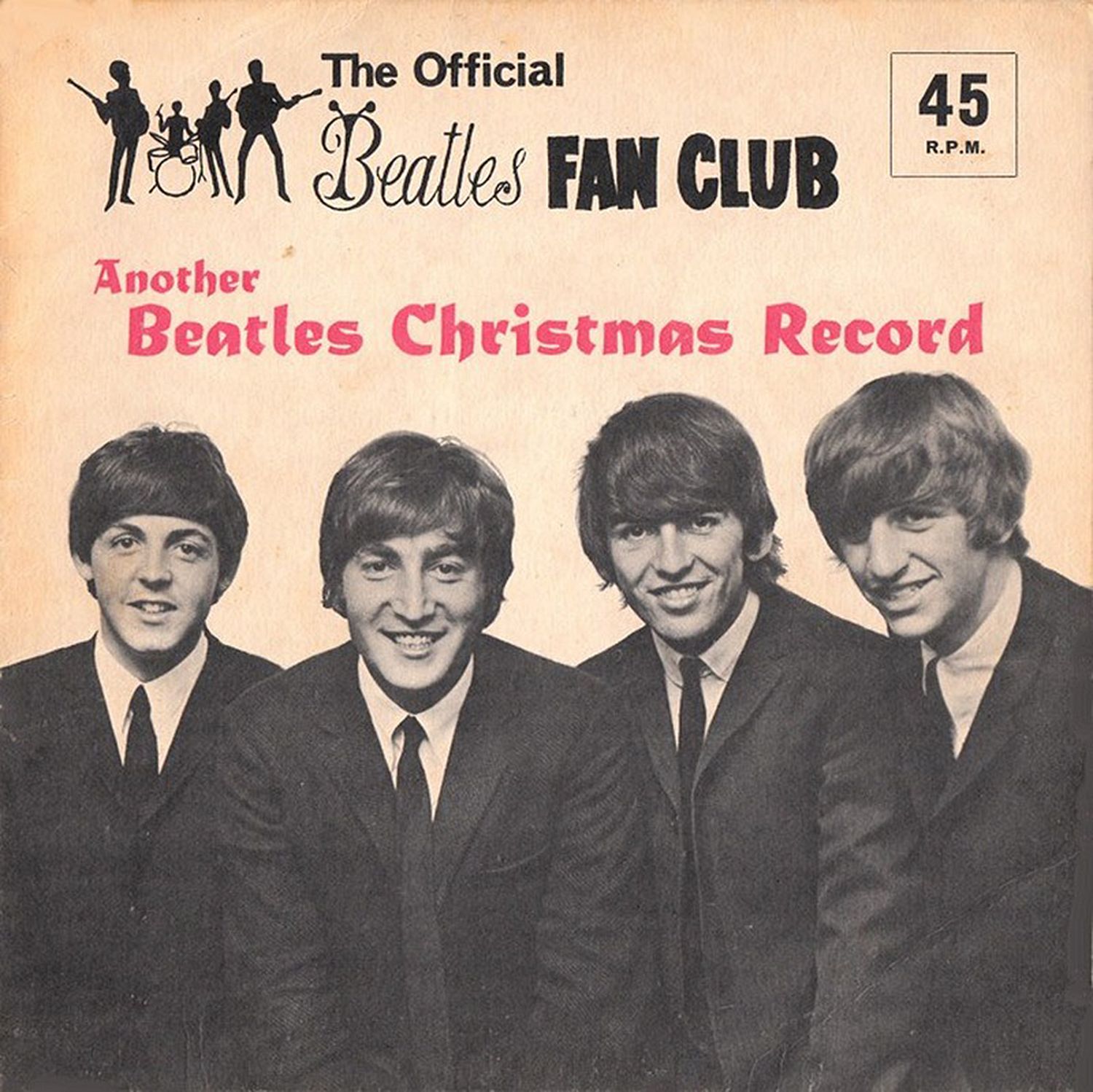 Under a title with some of the throwaway cyncism of their one-for-Christmas album Beatles for Sale, Another Beatles Christmas Record came at the end of the year when the band and Beatlemania went global.

Some of the cynicism comes through in the way they mock the idea of a script (although ever the pleaser, McCartney thanks the fans with "Don't know where we'd be without you, really,” and Lennon gets a sharp rejoinder in!)

The membership of the British fan club had now more than doubled to 65,000 members. 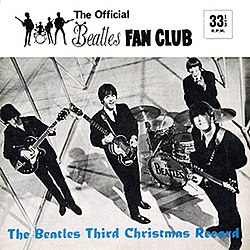 Having finished off George Harrison's somewhat morose and finger-wagging Think For Yourself which would appear on the forthcoming Rubber Soul album, they gathered around for what PR man Tony Barrow referred to as "a tradition" to send out funny messages and little self-mockery . . . which showed the confidence they had.

(Eleanor Rigby, Tomorrow Never Knows), LSD, the end of touring and more time in the studio. The boys are men. 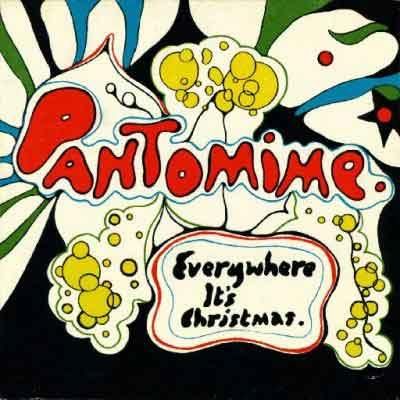 "We thought it was time we had entirely different approach," McCartney said . . . as befitted a band which had gone from holding hands to the psychedelic wonder of Tomorrow Never Knows in just over two years.

So now in control of the studio technology they clowned around and had a pantomime script which made fun of the traditional Christmas panto shows.

And of course here was a group who had been huge fans of The Goon Show ... and their producer George Martin had produced Spike Milligan, Peter Sellers and other comedy records.

It begins with Strawberry Fields Forever and Penny Lane, then it is Sgt Pepper's Lonely Hearts Club Band, All You Need is Love . . . but their manager dies, the year ends with the poorly received Magical Mystery Tour film. The start of the slow unravelling of the myth

The biggest Christmas-themed hit by a former Beatle was still to come. In the years ahead Ringo would release Christmas songs (to no effect), Harrison knocked off the dreadful New Year song Ding Dong and McCartney released a number of Yuletide songs, the most notable being the catchy Wonderful Christmas time.

But it was Lennon, perhaps the least sentimental Beatle, who delivered a hardy annual in his heartfelt -- and unfortunately timeless -- Happy Xmas (War is Over) in 1971. 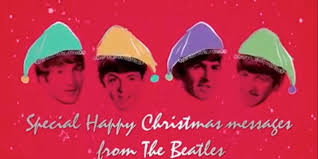 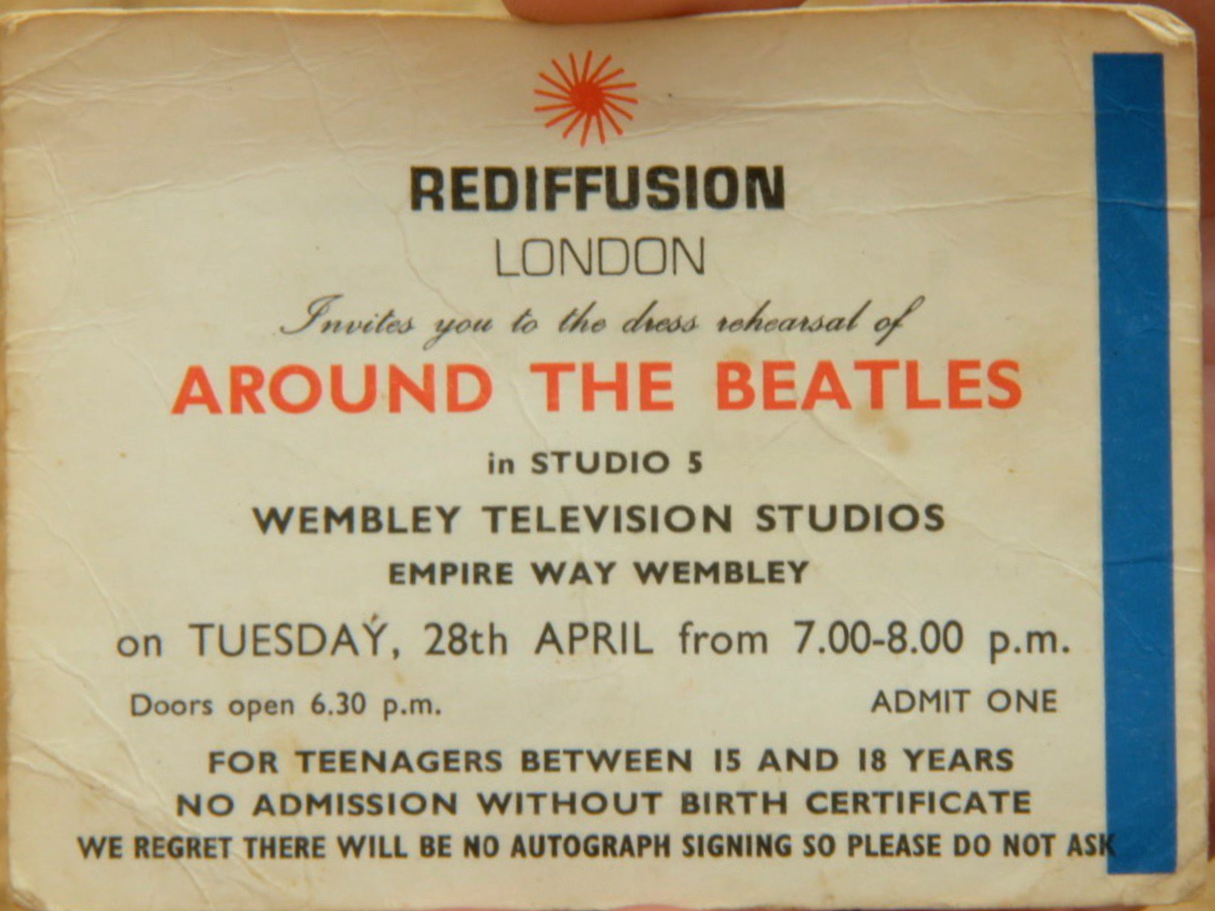 HOWEVER LET'S NOT END ON A DOWNER.

BUT LET'S FLICK BACK TO APRIL 1964 WHEN THE BEATLES APPEARED ON BRITISH TELEVISION IN A (DREADFUL) SPOOF OF A  MIDSUMMER NIGHT'S DREAM (ACT 5, SC 1) ON SHAKESPEARE'S 100TH BIRTHDAY.

HECKLERS SEEM TO BE BROUGHT IN, MAYBE?

and back to the start again

She Loves You here