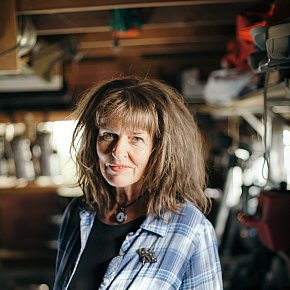 Singer/songwriter and drummer Caroline Easther can hardly be called a late bloomer given she was there in the early Verlaines and Chills back in the Eighties and has been in a number of bands since. But it has taken her until now to release an album under her own name, Lucky. With nine originals and a cover of I'm So Lonesome I Could Cry (with Barry Saunders), the album has a lovey,... > Read more

I Believe You Tonight 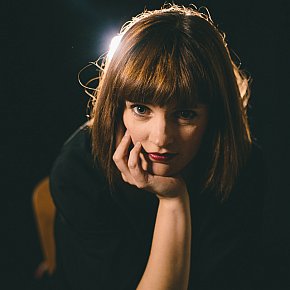 Claire Cowan might not be a familiar name to many – as a musical director she is not front'n'centre – but she is an award winning composer and multi-instrumentalist. She has created scores for theatre with Red Leap Theatre, Auckland Theatre Company, Touch Compass, Thread Theatre, and for TVNZ series ‘Hillary’ as well as various film music for NZ International Film... > Read more 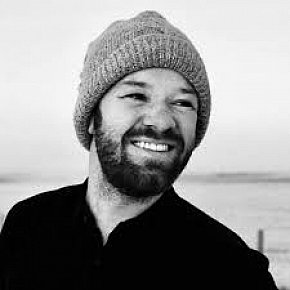 Expat Kiwi singer-songwriter Graeme James answers these questions from somewhere in the USA, because that's the kind of itinerant guy he is. But this man who has had more than 20 million streams for his traditional-meets-modern folk-rock – and has a new album The Long Way Home just released – is making his way back home. Probably the long way. He has an extensive tour... > Read more

To Be Found By Love Berlin-based award-winning Irish-born singer-songwriter Wallis Bird comes with a lot of hyphens, right? At 37 she has five studio albums behind her as well as a couple of EPs and live one, but has been quiet on the recording front since her 2016 album Home which was nominated for Ireland's Choice Music Award and has overcome considerable early adversity. As a left-hander she lost four... > Read more AURA is a man (Albert Mikolaj) and AURA is a band touring soon (dates below) to back up the excellent new Secret Intelligent Light album. It is a finely crafted album of songs given interesting and appropriate settings of quasi-ambience or lightly-delic sounds from multi-instrumentalist Mikolaj and produce Ben Lemi. Mikolaj manages to locate his songs between the chill-out room and... > Read more 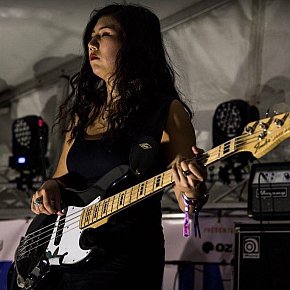 Auckland's Wax Chattels -- the “guitarless guitar music” trio of bassist Amanda Cheng, vocals/organ Peter Ruddell and drummer Tom Leggett -- not only have an impressive and powerful stage presence but their self-titled debut album of May 2018 picked up critical acclaim internationally, especially in the US where it was released on Brooklyn's Captured Tracks. The band members met... > Read more

It (from the EP Live At Part Time Punks) Where to begin with Quaint of the New Zealand band Polar Extremes? Well, we haven't a clue because we know so little about him (other than his real name which he doesn't use for this project) that all we can do is point to the weirdly engrossing, funny and serious debut album Strange Visions 1. It has received praise from many (although some suspiciously look to be friends) but we... > Read more 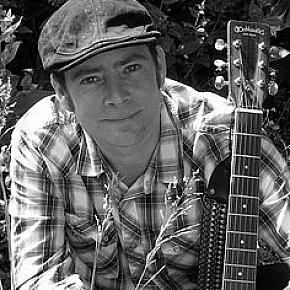 Christchurch-based Li'l Chuck – aka David Thorpe – is the self-styled “One Man Skiffle Machine” whose latest album was appropriately recorded in mono in Sugar Ray's Vintage Recording Studio in Essex in single takes on original Fifties equipment. The album is 14 songs, all done in an eight-hour day and entitled . . . MONO. But you kinda guessed that, right?... > Read more 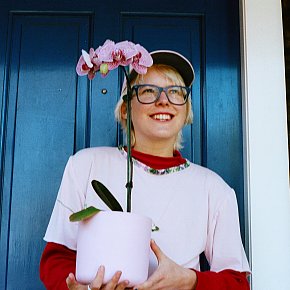 In a crowded music market – even in this small country – it takes a lot to stand out, but Auckland-based Randa (born Mainard Larkin) achieves that by quirky music, an engaging persona and as a non-binary trans person. A self-described “rapper and oddball”, Randa began writing and performing bedroom projects about favourite foods and the non-gender life, and delivered... > Read more Based on the Kapiti Coast, singer-songwriter is an Elsewhere favourite for the power of songwriting and a voice we described as “lived in”. Other people agree: he has been three times nominated at the New Zealand Music Awards and he releases his third album, Pencarrow, on March 8 to coincide with a New Zealand tour and a couple of appearances in Sydney (see dates below).... > Read more 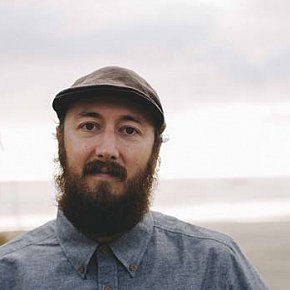 It has been some while – in pop culture terms – since Dave Baxter's 2011's hit Love Love Love was everywhere in the air. Performing and recording as Avalanche City, Baxter picked up a Silver Scroll for Love Love Love and considerable acclaim for his two subsequent albums Our New Life Above Ground and We Are For the Wild Places (2015). In some ways Baxter is a rarity, a man... > Read more 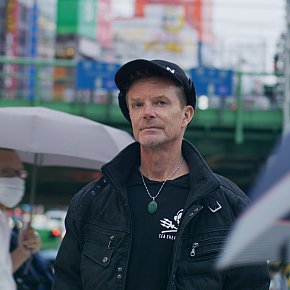 Beat Rhythm Fashion out of Wellington in the late Seventies/early Eighties was the project of brothers Nino and Dan Birch who had grown up in Hong Kong for a while. In the capital they caught the post-punk excitement and formed BRF (joined by Glen Stewart then later Caroline Easther on drums). They toured – found a very welcome audience in Christchurch – and recorded... > Read more Former Australian of the London-based rock band Howling Bells, Juanita Stein, may not be a name familiar to most locals here and her second solo album Until the Lights Fade, recorded in Austin, of late last year probably went past just about everyone. But when she opens for Bryan Ferry and plays here own show in Auckland (dates below) she will get a chance to prove herself and her... > Read more The American singer-songwriter Julien Baker – who has cancelled her Auckland Pride Festival show at Auckland's Tuning Fork on February 15 due to personal matters – has made quite a mark in the past few years, and she's still only 23. She has two studio and one live album behind her and her recent EP boygenius – with Lucy Dacus and Phoebe Bridgers – ended up in... > Read more Ireland's Young Folk may not be a familiar name to most but they did pop up at Elsewhere in 2015 with their debut album The Little Battle, of which we said, "A band you could miss entirely and therefore not miss at all, but if you catch them you'll be caught". Time to get caught then because the four-piece -- three Irish, one Kiwi -- with serious pedigree is touring in New Zealand... > Read more Singer, songwriter, guitarist and producer Darren McShane has previously appeared on an Elsewhere questionnaire – five years ago – but on the back of the new Superturtle album which arrived at the end of last year we thought it time to give him a different set of questions. The new album is Student Flat Reunion and with its keyboards, slamming electrobeats and vocal angst it... > Read more One of the more interesting and perhaps unexpected acts at the forthcoming Womad in Taranaki (see details below) will be the Greek group Rebetien whose songs are derived from the Rebetiko and the Greek traditional music repertoire, as well as originals in a similar vein. The music goes beyond the traditional into an area of nostalgia for a world most of us never knew, a world of old... > Read more 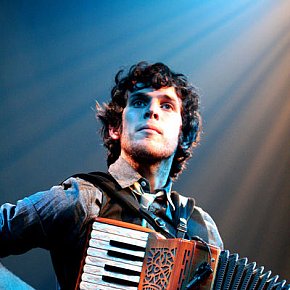 Accordion player Jamie Smith has taken his version of traditional Celtic music from Wales (with contemporary influences) to concert halls and outdoor stages all over the world in the past two decades with his band Mabon. The band's sets are energetic – Elsewhere caught them at a Rainforest Festival in Sarawak in 2014 –and they bring a number of easily assimilated world music... > Read more 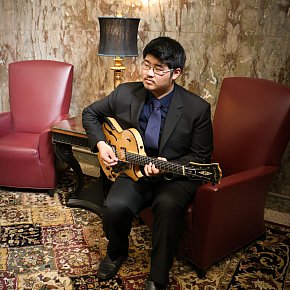 Something of a power trio in jazz, Lockett Kang Zakaria – who start a short tour soon (dates below) – bring together some formidable and acclaimed local and international talent. Drummer Mark Lockett has appeared a number of times at Elsewhere, bassist Umar Zakaria won this year's jazz Tui award for the album Fearless Music and Christchurch's guitarist and educator... > Read more If the unusual surname (it is Romanian in origin) hadn't attracted attention, the fact Mitchell Froom produced the first three Crowded House albums and Dave Dobbyn's Lament for the Numb (as well as work with McCartney, Vega, Lucinda Williams and dozens more) should have set off the alarm. And he did last year's Lindsey Buckingham and Christine McVie album (which was Fleetwood Mac wiothout... > Read more