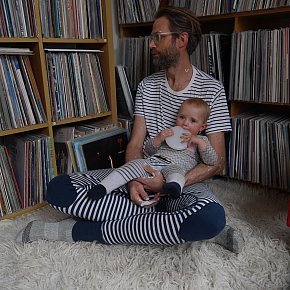 The past decade has seen a surge of interest in New Zealand's pop culture history. In large part that has been due to the ever-expanding audioculture website, but also through the work of people like Chris Caddick quietly getting New Zealand music of all kinds onto digital platforms, archivists and compilers such as Grant Gillanders, John Baker, Karl Lock, Alan Perrott and others. But... > Read more 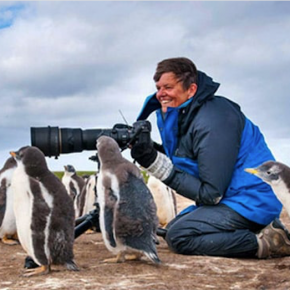 When we recently wrote about photographer Tui De Roy's large format hardback A Lifetime in Galapagos, we mentioned that she – who arrived on remote Galapagos with her parents when she was two – divided her time between there and New Zealand. But right now she is there, and for the foreseeable future as she tells us. “I returned to Galapagos in December, planning to stay... > Read more 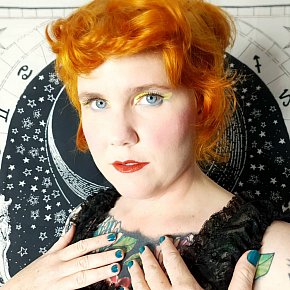 As Elsewhere noted when we reviewed the debut album Big Woman by Giantess, the person behind it Kiki Van Newtown had appeared previously under anther guise, as part of the band Hex. But we also noted about Big Woman that there was a lot going on musically and some interesting references, so we were curious. Time to ask Kiki/Giantess some very personal questions . . .... > Read more 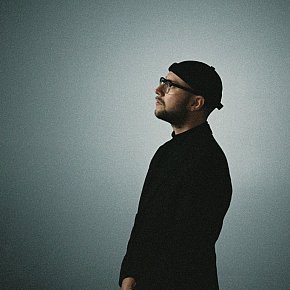 Because we wrote at some length about the mature and thoughtful new album The Brightest Flame by Jeremy Redmore – formerly of Auckland rock band Midnight Youth – we leave it over to you to go here to find out about it. It is an insightful account of an emotional journey.  But here we let him speak for himself as he answers a few questions . . . The first... > Read more 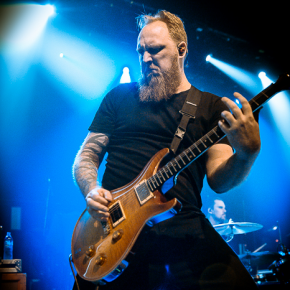 Now based in Australia and with a new album This is Not a Future just released, former Aucklanders These Four Walls are pretty much stuck inside them when it comes to promoting an album which arrives eight years after their previous one. It's a hard rock-cum-prog (in places) album but also doesn't shy from a strong ballad either. The album is reviewed at Elsewhere here but let's give... > Read more 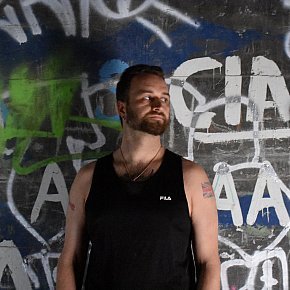 When we reviewed New Zealand author Michael Botur's short story collection True at the end of 2018, we noted how prolific he was.  In the time it takes many authors to decide on a subject Botur has written a novel or a series of short stories and is already moving on to the next project. In part that is because he has identified his territory: it is the lives of people on the... > Read more 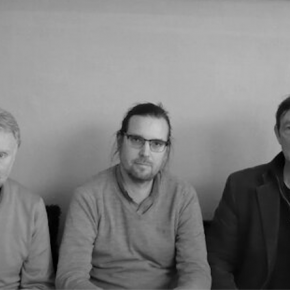 Ferocious is the trio of Bill Direen, Johannes Contag and guitarist Mark Williams. Ferocious is also the name of their debut album which Elsewhere highly recommends for its mix of poetry, spoken word, song, experimental musical settings and dark intellect. In our review we noted the backgrounds to the players and here the trio speak with one voice as they answer some personal... > Read more 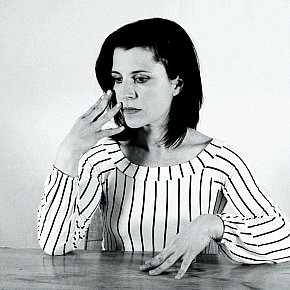 When we reviewed the debut album by Kate Owen, Not a Proper Girl, we noted her associations (Lyttelton, producer Ben Edwards) and how impressive this album was. What we didn't know was that Kate Owen wasn't Kate Owen. And how interesting and tragic her backstory was. To find out more, read on . . . Where did you grow up, and with who? Kate Owen was born Kate Anastasiou into a... > Read more 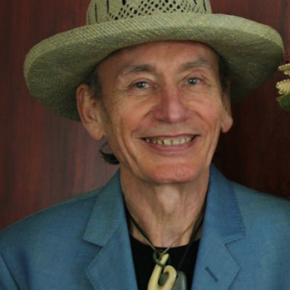 When we offered this questionaire to singer Trudi Green recently we said that Aucklanders with very long memories would perhaps recall the Sam Ford Verandah Band which played at the Gluepot in the late Seventies. Green was the singer and Sam the guitarist/keyboard player. Ford and Green became part of the Neighbours with the late Rick Bryant and took their soulful country-rock to all parts... > Read more 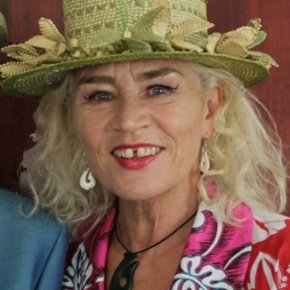 Those Aucklanders with very long memories will doubtless recall the informal Sam Ford Verandah Band which played at the Gluepot in the late Seventies with singer Trudi Green. Ford and Green became part of the Neighbours with the late Rick Bryant and took their soulful country-rock to all parts of the country. Together Green and Ford carried on after the demise of the Neighbours (with Bryant... > Read more 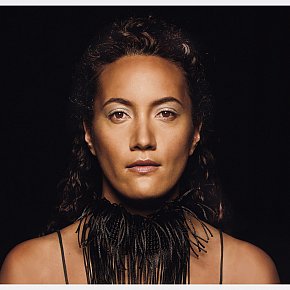 Ria Hall's previous album Rules of Engagement in 2017 was one of this country's most impressive debut albums in terms of its musical and lyrical scope which included spoken word and archival recordings woven into songs – in English and te reo – which reflected history and culture in Aotearoa in way few other albums could even thing of approaching. That means expectation was high... > Read more 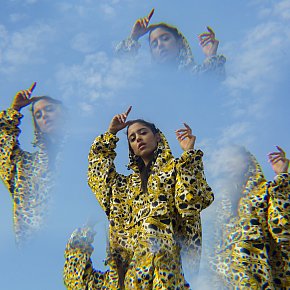 One of the highlights – probably unexpected – at this year's Womad (see details below) will be Greek singer/performer Marina Satti and her polyphonic group Fones. They play on the opening and closing nights. Satti has a deep love of theatre, design and song. Her upbeat track Mantissa became an anthem of hope in the Northern summer of 2017 and the accompanying... > Read more 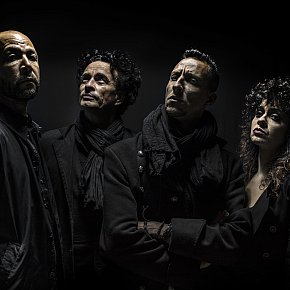 As Womad arrives on the doorstep of Taranaki in March (dates and details below) we are pleased to introduce another group playing there, Ifriqiyya Electrique who bring the sounds of the electric sub-Sahara in their hypnotic trance music. Formed in southern Tunisia and recording now for the wonderful Glitterbeat label, they are bound to be one of the highlights of the weekend. As they... > Read more 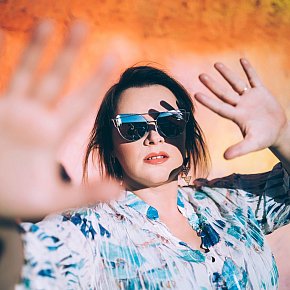 Here's a thought, if Marina Bloom's new album Back Where We Started had come out 20 or 30 years ago half the songs would be all over Classic Hits radio these days. She taps that same classic rock/big ballad/Taupin and Elton well of songs which have big choruses, memorable hooks, rock plus orchestration and so on. Bloom comes with an interesting backstory, some of which she tells us... > Read more 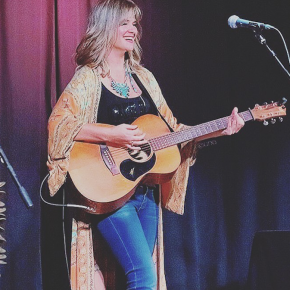 Singer-songwriter Jackie Bristow has appeared at Elsewhere many times for her consistently strong albums which exist comfortably in the country-rock/alt.country territory. Hardly surprising given she has lived and worked in Nashville, Texas for so long that perhaps many people wouldn't recognise her as a New Zealand artist. But her song Rollin' Stone from her excellent Shot of... > Read more 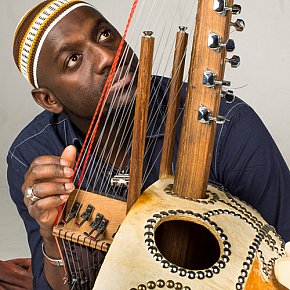 The extraordinarily gifted kora player Seckou Keita from Senegal has delivered a couple of Elsewhere's favourite albums on that warm instrument, notably 22 Strings of four years ago. In recent times he has paired with the Welsh harp player Catrin Finch for award-winning music which bridges the geographic divide by finding common space in beautiful melodies. The duo are scheduled to... > Read more 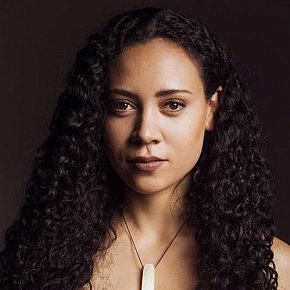 Some people rebel against their parents and become musicians, the only way a young Olivia Foa'i could have rebelled would by saying she was going to be a real estate agent. She grew up with music in the Te Vaka family of singers, dancers and songwriters, the waka/vaka helmed by her father Opetaia Foa'i. The Te Vaka story is extraordinary: taking a vision of pan-Pacific music to the... > Read more 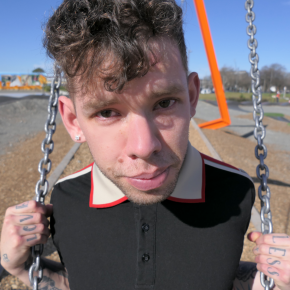 The cleverly named Pikachunes is handsomely named Miles G McDougall originally from Christchurch who admits that his new EP wittily entitled PE (Physical Education) comes after a period of self-exploration following “peak drug and alcohol consumption” around the time of his 2017 album. So there a feeling of joy and catharsis about PE, but the quirky pop is still bent into... > Read more 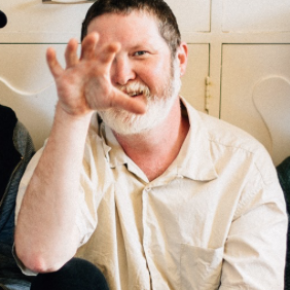 Many years ago we threw a mainstream Questionnaire at the enormously gifted multi-instrumentalist Vorn Colgan of the band Vorn because not only did he make great music but we guessed he'd have something intelligent and/or witty to say. And he didn't disappoint. What is disappointing though is the announcement that after eight albums and about 20 years Vorn (the band) seem to be... > Read more 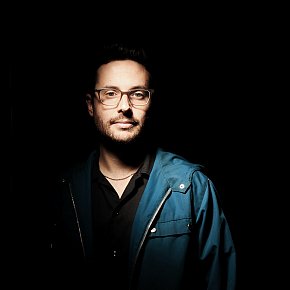 New Orleans-based jazz saxophonist/composer Byron Asher arrives with his new album Skrontch Music trailing considerable credits. A quick look through press comments about his previous work compares him with the melodic invention of Sonny Rollins and Ornette Coleman with flavours of Dexter Gordon. Although raised in Maryland and having performed in Europe (Germany,... > Read more