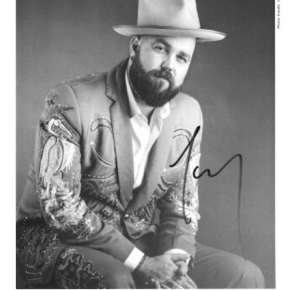 Although only his mid Thirties, fiddle player Joshua Hedley who appears at this year's Southern Fork Americana Festival at the Tuning Fork in Auckland (see details below) has got a lot of road miles on him already. He got his first violin when he was 8 and at 12 was playing with older country musicians around his hometown of Naples in Florida. Before he was 20 he'd relocated to... > Read more 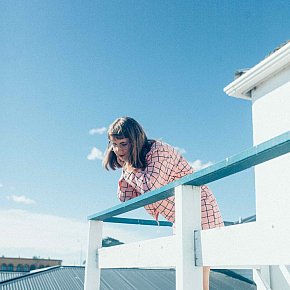 Mousey is Sarena Close from Christchurch and even before the release of her pop-rock debut album Lemon Law (out today) she was someone many people were talking about. Not long after the release of her debut single Extreme Highs – which is on the 12 song album alongside her three subsequent singles – she found herself on the long list for Silver Scroll nominees and she was a... > Read more 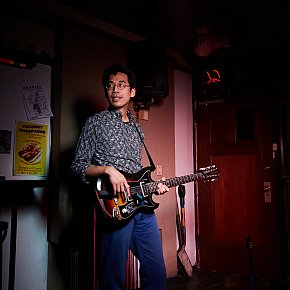 Since the week after our review back in July, one album has lodged itself in our Favourite Five Recent Releases page. That is the longest any album has remained there in lifespan of Elsewhere, which now reaches beyond 15 years. The album is I Was Real by 75 Dollar Bill, an innovative, genre-denying group from New York around guitarist Che Chen and percussion player Rick Brown. In... > Read more 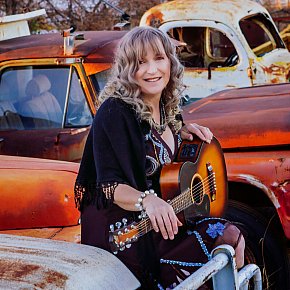 Two years ago New Zealand singer-songwriter and self-starter Aly Cook from Nelson picked up the International Country Music Artist of the Year award . . . in Tasmania. Yes, she she has been nominated for a number of awards in New Zealand (five country music awards, won one, an APRA Silver Scroll nomination) but Australia has really embraced her. The same year she picked up that... > Read more 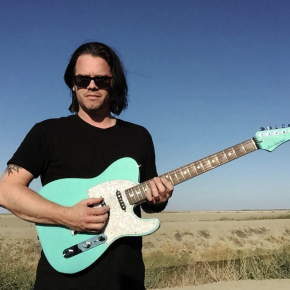 Auckland singer-songwriter Danny McCrum has plenty of notches on the neck of his guitar: opening for Eric Clapton and Jeff Beck among them. But rather than bore you again with all his accolades and experience, or mention his three previous albums under his own name (which Elsewhere has reviewed starting here), let's just cut to the chase. He has a new album out Hustle Bustle, which we... > Read more 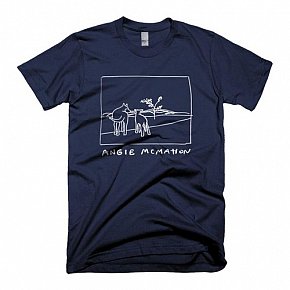 Melbourne's Angie McMahon won a few awards before she even releasing her first single. In her late teens she won a competition to open for Bon Jovi and then a mentorship for an unsigned musician in 2017. Five of her six singles (her first Slow Mover in '17 certified gold in Australia and nominated for the APRA song of the year) appear on her impressive debut album Salt about which we said... > Read more 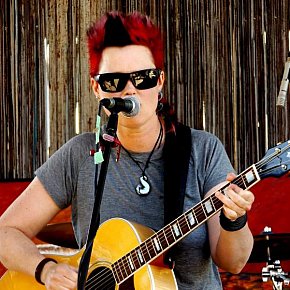 When the organisers of last year's annual Vodafone New Zealand Music Awards were considering the landscape of local music they wanted the awards to acknowledge the past, the present and the future. The past is taken care of with the winner of the Legacy Award, the present is acknowledged on the night and the future is . . . Well, that is largely in the hands of the... > Read more 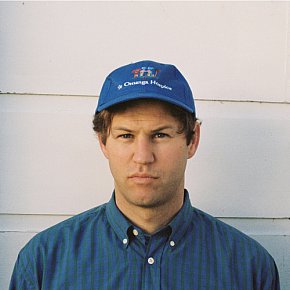 Singer-songwriter Timothy Blackman has appeared at Elsewhere previously with an EP and then the album I've Never Lived. We missed another album but he's back again with a new album Brightest Days, his first in eight years and written on the East Cape and then back in Wellington. It was recorded and mixed in a DIY manner by Brooke Singer (French for Rabbits) in her Brooklyn, Wellington... > Read more 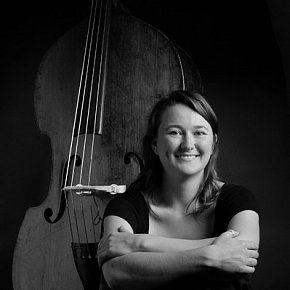 Melbourne bassist Tamara Murphy is the writer/leader of the jazz group Spirograph Studies. In 2011 she won the inaugural PBS Young Elder of Jazz Commission for the creation and presentation of the work Big Creatures and Little Creatures with her ensemble, Murphy’s Law. On release in 2012 it was nominated for The Age's Genre Music Awards and Murphy’s Law also... > Read more 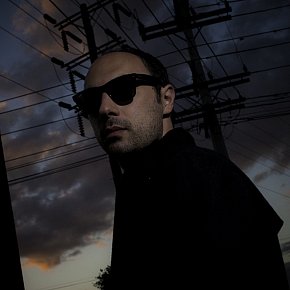 Guitarist/composer Gianmarco Liguori is also the prime mover behind Auckland's Sarang Bang record label which has released a startling array of everything from left-field pop-rock to out-there improvised music by the late Murray McNabb. The Sarang Bang catalogue (see here, much of it available on vinyl) embraces music which challenges and rewards in equal measure, and the most recent... > Read more 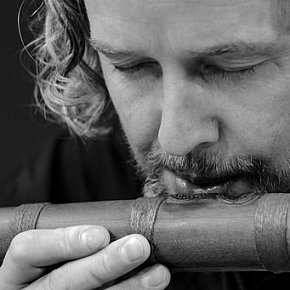 Al Fraser has been described as the foremost taonga puoro player of his generation, that is someone who plays and explores the sounds of traditional Maori instruments. In recent years he has also been making them. Over a series of albums and in collaborations, he has taken the evocative and sometimes primeval sounds of these instruments into sonic landscapes, and on his most recent... > Read more 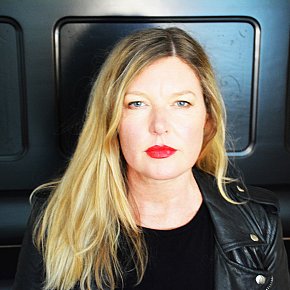 It has been six years since indie-folk artist Steph Casie released her debut album Whisper and Holler, and album which went top five on the New Zealand Independent Music chart and earned her some strong international notices. Her new album The Seats in My Car fond her most dialing things down into intimacy at Lee Prebble's studio in Wellington. With some fine musicians on call, the album... > Read more 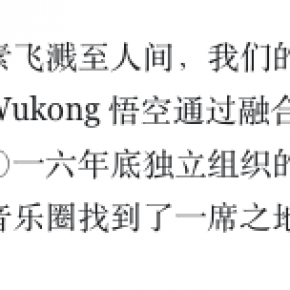 Very few New Zealand bands can claim to be banned in China, but Auckland's Wukong the Monkey King – who recorded a previous album in Beijing and have songs in Mandarin and English – wear that badge. The band's bassist Kyle Ranudo tells Elsewhere they initially wanted to publish their songs in China but “they didn’t pass the reviewing process, many songs were removed... > Read more 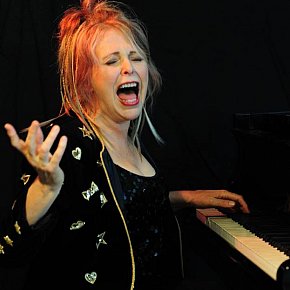 Earlier this year when pianist Jan Preston released her Play It Again Jan album and toured, we reviewed the album and peppered in some of her background: Red Mole Cabaret, Midge Marsden's Country Flyers, Coup D'Etat, soundtracks, awards . . . Born in Greymouth but a longtime resident of Australia, she returns to New Zealand for further dates to pick up where that earlier 88 Pianos I Have... > Read more 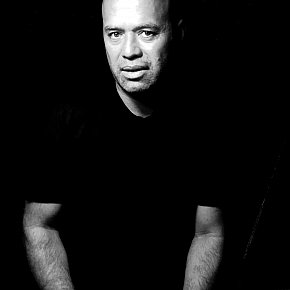 Wellington singer, songwriter, producer and multi-instrumentalist Andrew Masseurs is one of those rare talents, but very few people seem to know of him. Back in 2005 he and Mathew Powell were featured in the Play It Strange documentary Songstar and he seemed to take that as a sign. Good. Because he then went on to front the rock band Ammp which picked up some NZonAir grants for... > Read more 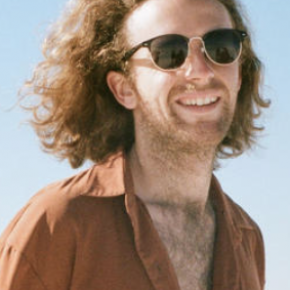 With their Sludge Pop mini-album, Dunedin-based quartet Soaked Oats rather neatly push the parameters of pop-rock into interesting corners which gently have reference points in alt.country, post-New Wave atmospherics and moody dream-pop. They are crafted, sometimes unpredictable songs which betray a band of considerable maturity – average about mid Twenties – with a lot of... > Read more 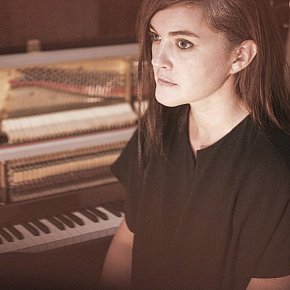 Those with keen eyes will note the heading on this particular questionnaire, it is a series of questions we have had to devise for artists like American singer- composer Julianna Barwick (who plays Auckland's Tuning Fork on June 19 with harpist Mary Lattimore). LA-based Barwick has collaborated with Philip Glass, the Flaming Lips, Yoko Ono and others, written for dance, recorded in Iceland... > Read more 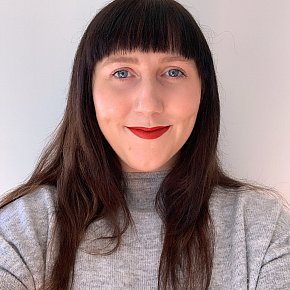 Anna Loveys is music graduate of Auckland university, worked for three years for the music PR company The Label handling A-list clients and then set up her own marketing and PR outfit Saint Lachine which has enjoyed immediate and high profile successes with local artists. This coming weekend she joins self-managed musician Mel Parsons, online wizard Harry Pettit and Matt Harvey (of Concord... > Read more 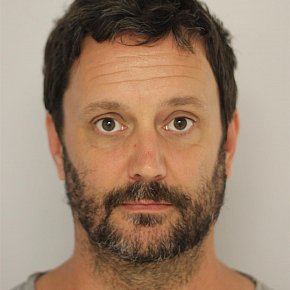 Manager Matt Harvey knows the music industry from two key perspectives, as one half of Concord Dawn and as a manager of Shapeshifter and Nick Dow. He has toured globally and so when he speaks in the Music Managers Forum panel discussion this Saturday at the Herald Theatre in Auckland's Aotea Square he brings a wealth of experience. He is on the panel which will address marketing and... > Read more

Sonic Delusion is the impressive one-man band/promoter/facilitator and all-round ball of energy Andre Manella who has just released his fifth album, Anything Goes. He lives works and plays around Taranaki (with sojourns to Europe) and delivers serious songs and upbeat danceable funk-pop guaranteed to make you smile as he bottles summer sunshine . . . but also has something to say.... > Read more