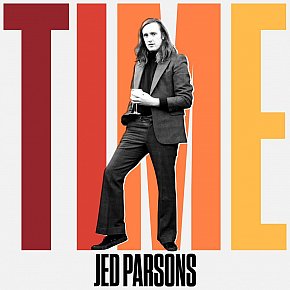 It sometimes seems that Jed Parsons' debut album Midnight Feast – recorded with Lee Prebble at Surgery in Wellington – has been a long time in the telling . . . because he has been touring, played Auckland City Limits earlier this year and has been an increasingly visible presence after three advance singles. Midnight Feast was released last week (we were away, missed the date)... > Read more 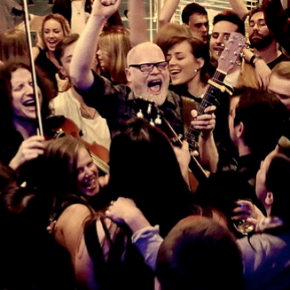 With their debut album One Eye Open of 2016 – which won praise at Elsewhere and them the award for Folk Artist of the Year in 2018 – the hard working trio of Albi and the Wolves brought raw energy and passion to their chosen idiom, and also pulled in ideas from rock, world music, soul, jazz and more. The trio of singer-guitarist Chris Dent (aka Albi) from Northland, fiddle... > Read more 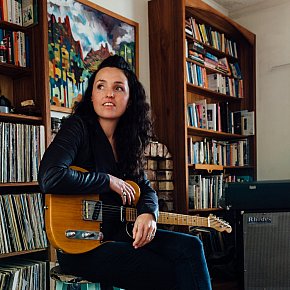 New Zealand singer-songwriter Erin Cole-Baker spent time in the US earlier this year and, given how her work would easily sit with both country and folk audiences it is no surrise that she is heading back up that way. In August and September she is playng dates in California, Oregon and Washington. She wil be touring on the back of her delicate new album Till The Feeling's Right which... > Read more 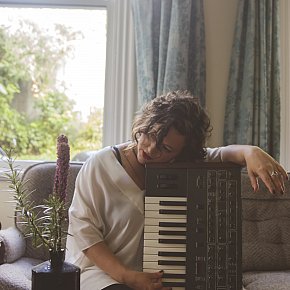 Let's not call Wellington-based singer songwriter Nicole Andrews – originally from Portland, Oregon – an over-achiever . . . but she certainly achieves something over and above most of us. She is a self-confessed lover of folklore, languages (she's currently learning Japanese), English literature and horror films, is a self-taught pianist raised by a family of artists and... > Read more 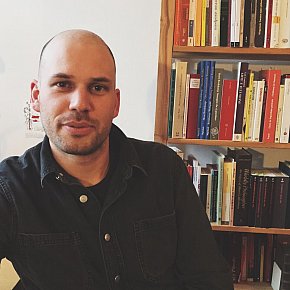 With the annual Music Managers Awards just about on us (Wednesday May 9 at Auckland's Tuning Fork) we have been profiling some of those who are helping steer the career of the artists they manage (or self-steer in the case of Nick Atkinson of Hopetoun Brown). One of the big awards on the night is that for NZ Music Commission International Achievement which see Julie Foa'i (Te Vaka, Opetai... > Read more 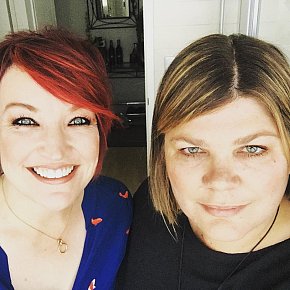 NicNak Media was founded in 2015 by Nicole Thomas and in 2016 Paula Yeoman joined her as a co-director. Between them they have considerable media and music experience: Thomas 20 years in the game here and in Australia which included an eight year stint in publicity and promotion at Warner Music NZ and publicity at TVNZ; Yeoman a respected print, radio and TV journalist who has worked in New... > Read more 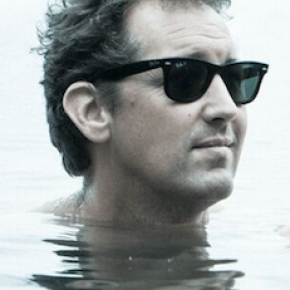 So how do we know Nick Atkinson, let me count the ways: One-time member of Supergroove, for his radio and television appearances, as a player/songwriter/member of Hopetoun Brown alongside Tim Stewart (now three albums into a lightning fast career), for playing on stage with Aldous Harding . . . Now we turn the spotlight onto him as he wears another hat, that of a manager. Atkinson is... > Read more 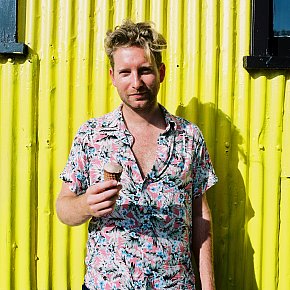 The London-born New Zealand singer-songwriter Tom Cunliffe made a very sound impression with his debut album Howl & Whisper in 2016 which ran the gamut from crowd-pleasing pub-folk to ballads and beyond. His new album Template For Love takes a similar but even larger worldview in its lyrics and music, and really sounds like an artist hitting his stride. We like it very much and so it is... > Read more

This Table is a River 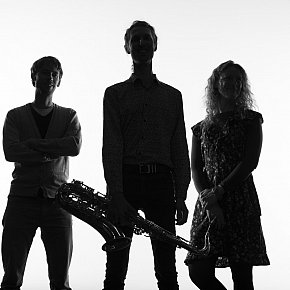 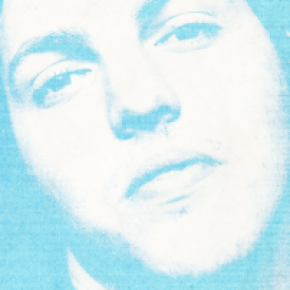 Australian surf-rockers Hockey Dad (out of Windang, if you have a map) are childhood friends Zach Stephenson and Billy Fleming who have really made a mark. Their second album Blend Inn was recorded in Seattle with producer John Goodmanson (Sleater-Kinney, Death Cab for Cutie, Bikini Kill) and the first dates on their current NZ tour sold out (other dates below). And after New Zealand... > Read more 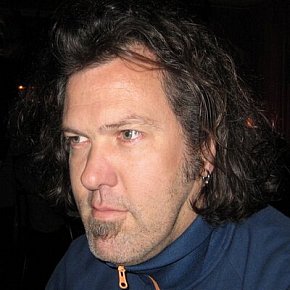 Producers and engineers rarely get the credit they deserve, they just exist in the small print for those who still buy CDs and never rate a mention at all in streaming services. But without them . . . Unless they are big names – we think immediately of Eno, Hannett, Martin, Godrich, Visconti etc among overseas players past and present – they are those who also serve... > Read more 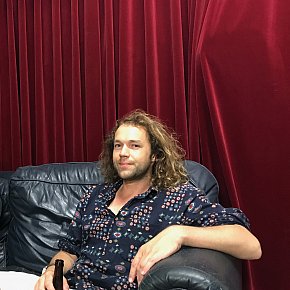 Finn Scholes is everywhere. The Auckland musician whose weapon of choice is trumpet has turned up in recent times at Elsewhere on albums by Salon Kingsadore and Tiny Ruins, has played with Neil Finn, Lawrence Arabia, Gin Wigmore, Hopetoun Brown and many others, is a music teacher and animator, has helmed his own jazz trio and . . . Now reappears with his band Carnivorous Plant Society for... > Read more 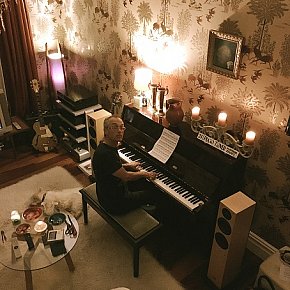 With the release of singer/songwriter and multi-instrumentalist Dominic Blazer's album The Light of Te Atatu last week we offered a potted biography of this well respected Auckland-based musician. What we didn't note was he was born and raised in Kingston, Jamaica (where his father featured in the James Bond film ‘Doctor No’), before moving to the UK and then New Zealand.... > Read more

Baby What Can I Say? 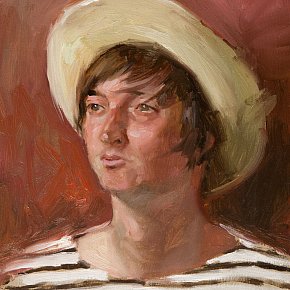 There was always something generous, gentle and smart about Auckland singer, songwriter, multi-instrumentalist, not-so-closet Wings fan and co-founder of the charming Lil' Chief Record label. Elsewhere first encountered him in 2003 when he was almost embarrassed to be asked about the exceptional music on the two albums by the Tokey Tones released simultaneously (Mannion and others in... > Read more 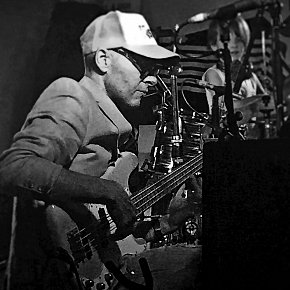 From the opening passages of this Australian band's album of last year, Tales of a Rich Girl, you are thrown into some biting, classy and intense blues-rock . . . as befits a band which picked up the Most Outstanding New Act at the 2014 South Australian Blues and Roots Association for their live shows and their debut album Red Dress. Their long-awaited follow-up Tales of a Rich Girl... > Read more 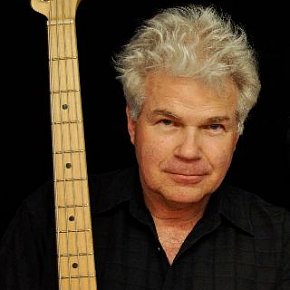 The rock band Dragon may have been an unusual first announcement for this year's Womad but probably right for the majority demographic which attends. They may find, as Tim Finn did at a previous Womad, that the audience will happily sing the hits for them. And Dragon certainly had plenty: April Sun in Cuba, Are You Old Enough?, Rain, Still in Love With You . . . Formed in... > Read more 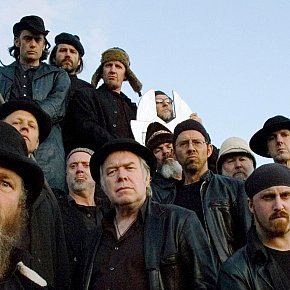 Womad always throws up surprises but what can you say about a group that is billed this way? “As thunderous as a herd of wildebeest, as sly as a wagonload of Spike Milligans and as sonorous as a cloister of monks, the Spooky Men’s Chorale are the gift that keeps on giving”. A pure vocal ensemble out of Australia, they bring their voices – and not a few heroically... > Read more 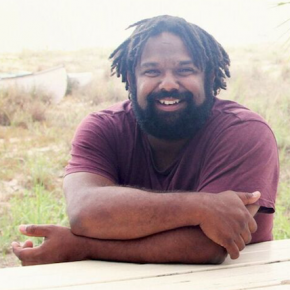 Australian duo Busby Marou – Tom Busby and Jeremy Marou – are the breezy sound of summer. So much so that they hosted their own One Hot Night festival in Queensland. They've been to New Zealand before (supporting James Blunt) but for their brief return – see dates below – they team up with our own golden summer girl Jamie McDell. They might also be familiar to... > Read more

Living in a Town 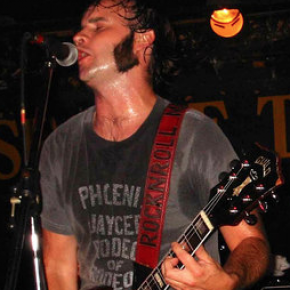 When the line-up for the Auckland City Limits Festival -- which takes place on March 3, see details below -- was announced, there was understandable excitement about the billing of Grace Jones, Beck, Avalanches and others. But equally welcome in the line-up is the re-formed D4, one of the legendary New Zealand rock'n'roll bands of the late Nineties and early 2000s who, alongside the Datsuns... > Read more 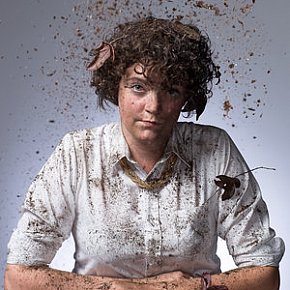 In the balkanisation of pop and rock so many new genres emerged that critics and record store jocks had to invent names to describe and help identify these myriad forms. One of the most interesting is “chamber pop” which takes its reference points from the sometimes-orchestrated and deftly arranged songs by the likes of the Association, Left Banke, late Sixties Beach Boys... > Read more