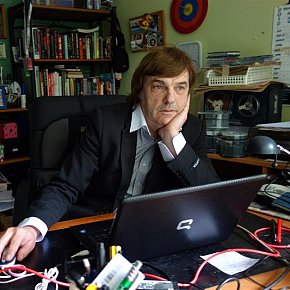 When Auckland's Grant Gillanders puts together a compilation or prepares a reissue of New Zealand music – and he has done at least two dozen in the past decade or so – it's not for the money. It is hard work and often quite labourious tracking down copyright, artists and songs in excellent condition . . . but there's no coin in it. Gillanders does it because he... > Read more 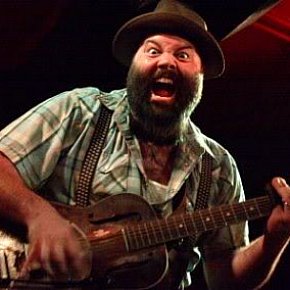 You gotta love the name: The Reverend Peyton's Big Damn Band. Love it because the Reverend isn't actually one and the “big damn band” is just a three-piece of guitar, homemade drum kit (with a plastic bucket) and washboard. Out of the delightfully named Beanblossom in Indiana, the RPBDBand are schooled in old country blues (Mississippi John Hurt, Charley Patton etc), the... > Read more 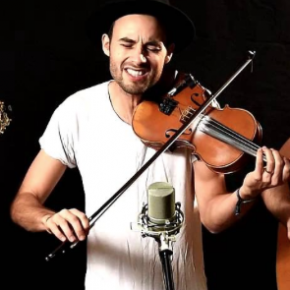 At this year's Taranaki Womad back in March one of the more popular outfits was the East Pointers out of Prince Edward Island in Canada. The trio of guitars, banjo and fiddle delivered a set divided between Celtic-influenced dance and ballads, but Elsewhere noted in its review that an outdoor setting during the day – which is when we caught them – was not ideal. The... > Read more 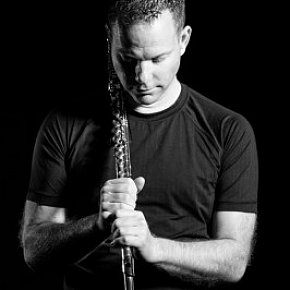 Saxophonist Paul Van Ross is no stranger to these shores and returns for what he says is his 15th New Zealand tour next week. The Melbourne-based composer (and flautist) has also played in the US, Japan, Colombia, Germany and Cuba. He studied in New York for two seprate periods, played alongside the likes of Roy Hargrove and George Coleman, has appeared at jazz festivals throughout Asia and... > Read more 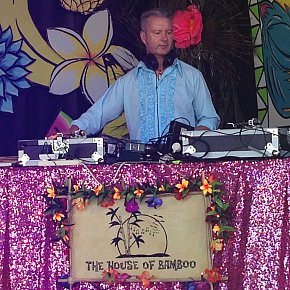 Auckland DJ and dapper man about town Alan Perrott has long had a love for the classy end of kirsch, MOR, easy listening and soul-funk music. He's a record collector of the nicest kind (he shares the love when appearing as his nom-de-turntables House of Bamboo) and is also behind the new compilation of rare New Zealand soul-funk and disco songs Heed the Call. With John Baker, Perrott... > Read more 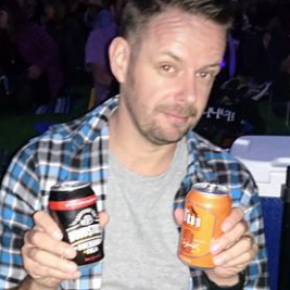 There is an art to putting together a good compilation album. The tracks must hang together in some kind of logical way and the running order should take you from one song into the next seamlessly. If there's a theme it might be just a little easier because then you are quite genre-specific perhaps, but others which try to sum up a decade or even just one artist can be very tricky... > Read more Recently Elsewhere posted a column about the musically and literally itinerant American pianist/composer Richard X Bennett whose two new album were very different: What Is Now was a tough minded and very impressive piano trio recording; Experiments With Truth with a quintet (tenor and baritone saxes added to drums, bass and piano) had its roots in Indian classical music. We might have... > Read more 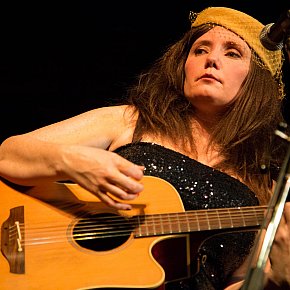 Singer-songwriter Frazey Ford from Canada is a rare one who first came to attention in the band she founded, The Be Good Tanyas who knocked out three impressive albums in the early 2000s. They are still an occasional going concern but Ford has branched out as an impressive solo artist with two albums so far (starting with the impressive Obadiah) which range from contemporary Memphis-styled... > Read more 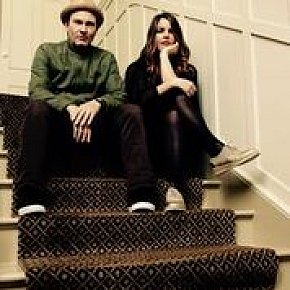 As must be obvious to any longtime readers of Elsewhere, Mel Parsons has always been one of our favourite New Zealand songwriters. We have written favourably about her albums, interviewed her and had her do a Famous Elsewhere Questionnaire . . . but she has never answered our more specific Famous Elsewhere Songwriters' Questionnaire. And so, because she starts a tour with another of our... > Read more Half a dozen albums (three of them certified platinum), live recordings and EPs, massive shows, tours of Europe and Australia (where they have been based for the past 15 years), awards for best album and best live act, even more award nominations, side projects and collaborations . . . Shapeshifter have consistently been one of this country's most popular and impressive live acts.... > Read more 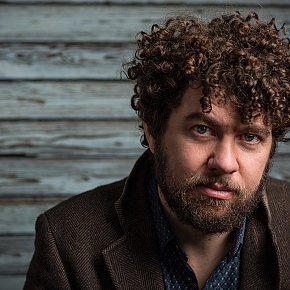 When the great singer-songwriter Paul Brady says Declan O'Rourke possesses a “rich soulful musical voice and a brilliant instrumental ability” and Eddie Reader considers him “one of the finest songwriters on the planet” it is time to sit up and listen. Mojo says O'Rourke writes “the sort of classic songs that people don't write anymore, that... > Read more New York-based Australian jazz saxophonist Nick Hempton has a clever link to his bio on his excellent website, it reads “Nick Who?” It's a fair question in this busy marketplace of music in the 21st century and getting your name out there has probably never been harder amidst the noise of people clamoring for attention. But Hempton is a player who deserves to be heard... > Read more

When I Grow Too Old to Dream (live) 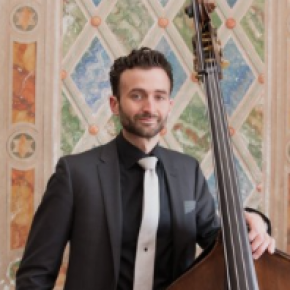 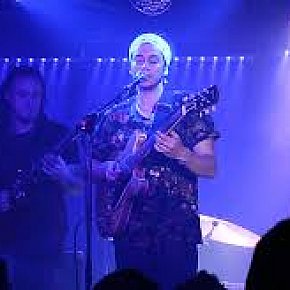 How best to describe Wellington's Tunes of I who are on the bill for next year's Soundsplash festival in Raglan? Well, their bandcamp profile says they are an “expansive neo-dub/soul/psychedelia seven-piece” . . . but you can guess the “I” in their name means there's a healthy dollop of roots reggae in the mix too. With an EP and an album (the excellent... > Read more 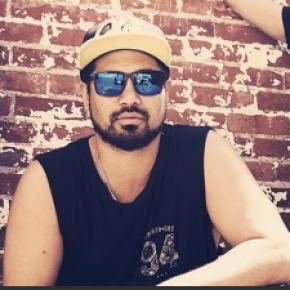 Elsewhere has long gone into bat for the reggae gifts of Katchafire who walk a canny line between righteous roots and pop-reggae without ever standing too close to the barbecue. They have toured New Zealand and internationally very extensively, are crowd pleasers wherever they go and bring people together in the spirit of Bob Marley's One Love. And they have been doing this for two... > Read more 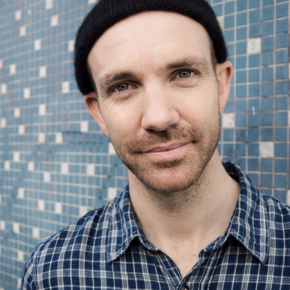 When we last interviewed singer-songwriter Simon Comber back in 2011 he was Simon Comber, but now he's not Simon Comber so we thought we should offer Simon Comber another crack at a different Elsewhere questionnaire. Now – after two albums and an EP under his own name Simon Comber – he is now not appearing as Simon Comber (okay, we'll stop this now!) but working under the... > Read more

Out of the Ordinary 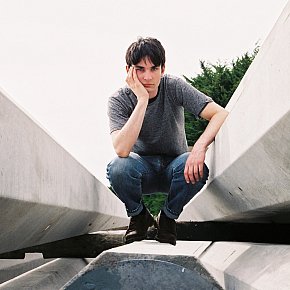 Kane Strang at the time of this writing is touring in the US on the back his alt.pop singles so far, but also in anticipation of his new album Two Hearts and No Brain (due for release on June 30). Recorded in the studio at Chick's Hotel in Dunedin, his hometown, with producer Stephen Marr (from Doprah), Two Hearts and No Brain is a continuation and refinement of his highly enjoyable... > Read more 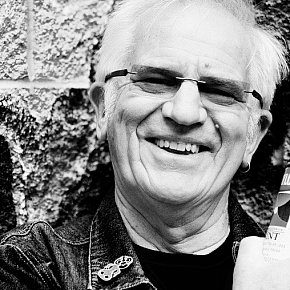 Christchurch-based writer Jeffrey Paparoa Holman was born In London but from the age of 10 was raised on the West Coast, has published a number of books of poetry and prose (he profiled his excellent memoir of his father The Lost Pilot in 2013 for us), is a senior adjunct fellow at the University of Canterbury and has written for Elsewhere about Bowie, birds and the bard of the public... > Read more 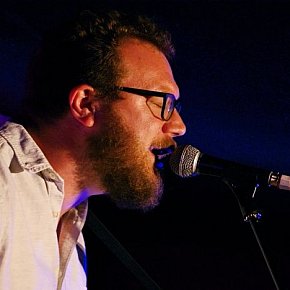 If the name Ben Ottewell doesn't ring any immediate bells then his gravelly and soulful voice certainly does. He is one of the cornerstone singers in the award-winning British band Gomez who have played exciting shows in New Zealand. And now Ottewell returns (dates below) for a couple of shows as a solo artist. He's already released two solo album (Shapes and Shadows, Rattlebag)... > Read more 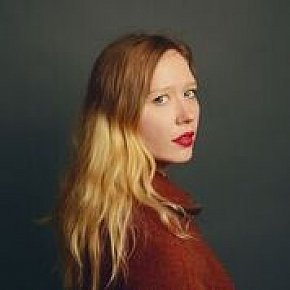 When Australian singer-songwriter Julia Jacklin plays Auckland's Tuning Fork on May 27 it will be like a homecoming. Jacklin was a key attraction at Auckland's Laneway Festival earlier in the year and her debut album Don't Let the Kids Win was recorded at the Sitting Room studio in Lyttelton with Ben Edwards who has also produced for Marlon Williams with whom Jacklin has toured. One of... > Read more