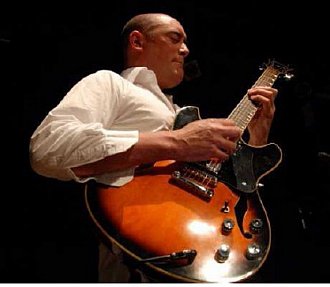 Guitarist Dixon Nacey's new album Cross Now with drummer Ron Samsom and bassist Kevin Haines is a real step up for this trio whose debut Oxide (with guests) annonced a trio of impressive strengths and thoughtfulness.

Nacey has been playing professionally for almost two decades and isn't just in the jazz corner. He has played in funk and rock bands, worked the corporate circuit, is a respected guitar tutor and has a high on-lin presence here where he offers lessons, podcasts, videos and tips.

He's played with the who's who of New Zealand jazz and now answers our Famous Elsewhere Jazz Questionnaire.

Stevie Wonder ‘Supawoman’ off an old compilation record my Mum owned. I think it was recorded sometime in the early Seventies.1988 I first heard it - I was 12 and couldn’t play an instrument yet. I just about wore out that track on the record – couldn’t get over the beautiful chords and his voice. And the Rhodes – I still love that warbly, lush, warm tone. Stevie used all these great instruments (now classics) that have become staples in orchestrating jazz harmony for modern styles / songs – The clav, Rhodes, moog synths etc.

I started playing gat on my 14th birthday, then picked jazz up around 15-16 yrs, and fell in love with the harmony more than any other element. Chord movements. That’s when I began to realise these ‘jazzy’ chord progressions didn’t arise much in standard popular music – maybe with particular artists or songwriters, but it seemed that much of pop (that everyone was listening to around the early 90’s) was pretty void of interesting harmony.

I just couldn’t stop studying jazz songs which were the only thing I heard that had THAT sound - even at an early age I identified with that harmony. However I think I only started taking the study and progression of my playing really seriously in 2005, after an ass-kicking lesson from killer Aus gatman, James Muller, where I really began to see the flaws in my playing. Those were 2 pivotal moments.

Being a teacher, this is a really interesting question to me. I don’t think everyone is wired the same and some will never dig jazz music, for any number of reasons. And I can’t change anyone’s mind; however I’d probably play them a searing George Benson solo, which has chops and melody / harmony / rhythm to boot – although the kid may just like the chops part first, the cool stuff will come later if their interest is piqued.

Be a fly on the wall on the recording of the Kind of Blue sessions that made the classic album. The SOUND of that album is phenomenal, and the artistry within the ensembles. It’s intense and incredibly beautiful. I would love to witness the making of that music.

If I had to choose it would be the Fifties ‘cool’ recordings, he just had this ultimate, classy, spacious linear approach which got to the heart of the music, like Louis did 20 years prior. But as I’ve gotten older I’ve gotten more into the funk and the free / fusion stuff too.

Way too many guitar pedals. Just sold a heap and still need to sell more. And of course, I still want more. And you’re never happy. Ever. It’s like heroin for guitar geeks. 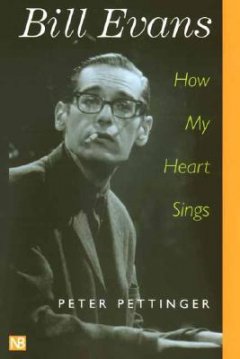 The biography of Bill Evans by Pete Pettinger ‘How My Heart Sings’ . So tragic (well we knew how it all ends...), lots of relatable stories – one in particular that sums up the jazz life where Evans is playing a gig, and he’s really known at this point in his career – the gig is in a run of the mill restaurant / bar and in order to get to a particular table to take customer orders, the waitress must pass between Evans and his piano, so he’s like mid solo, then (regardless of the musical moment) he stops, lets the waitress in, she jots down an order and after she leaves he continues.

This sort of thing is an accurate and hilarious overview of the humbling reality of a jazz musicians life.

But there’s also something more pervasive in that book, about how he learned the music, how he evolved, and taught himself – all that parallels with what I see in my own path of discovery (completely different in many ways of course – not comparing myself to his IMMEASURABLE talent!) – more the general similarities – sacrifice, compromise, paying dues, learning, great musical moments, magical ensembles you just love every second of the music you create together and of course his love of the trio.

Stevie Wonder. I dream about this happening. Even just playing one of his songs (many of which I’ve arranged for solo guitar) to him. I balled all through his entire concert (in 2008 in Auckland which is the only time I’ve seen him) I was so moved by his songs and his voice (and his band!). I would play ‘Send one your love’, which is my fave of his tunes at the moment.

Crossroads (Ralph Macchio – not for his acting, the blues element of the soundtrack by Ry Cooder is incredible), Searching for Sugar Man (see it), Standing in the Shadows of Motown. All incredible music films for different reasons and all influence me.

Weaver of Dreams. I love that tune. 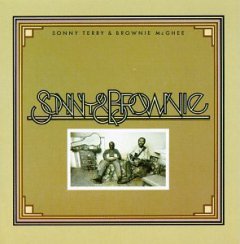 There’s this album which kind of defined a certain part of my childhood, around 5-13 years of age.

My Mum played this album all the time. She loved music, we listened to a lot of music.

For some reason I was taken with the cover, I would listen to the tracks and stare at this, the picture is etched in my mind. Sonny and Brownie ‘You Bring Out The Boogie In Me’ here’s the title track: and here’s the cover - ).

I can stare at that album cover and hear the album. God damn that music is wicked. Blues with rock and roll with heart and groove that you could dance to. Now that’s perfect music. Even today with ‘trained’ ears – I just lose it, get up and move to this music. 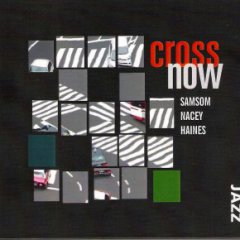 Bach and Mahler. Now that would be a jam.

The Remarkable Mr Hopkins – because we all wrote and improvised passages throughout the tune, in dedication to the memory of a great musician, Tony Hopkins, who passed away at the beginning of 2013. 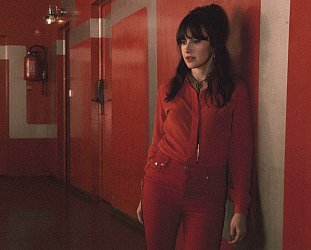 Former Australian of the London-based rock band Howling Bells, Juanita Stein, may not be a name familiar to most locals here and her second solo album Until the Lights Fade, recorded in... > Read more 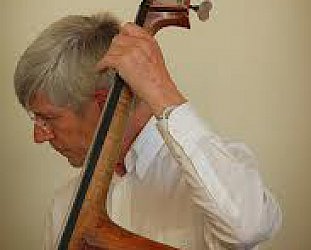 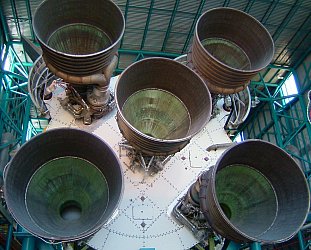 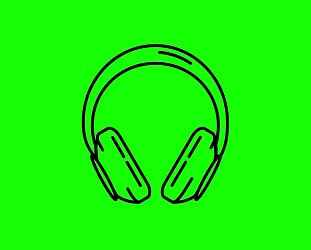