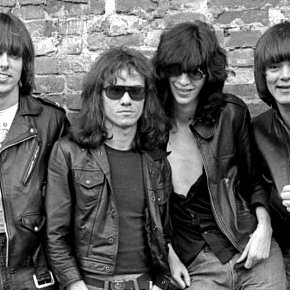 Hey! Ho! Let's go . . . and check out the key albums by the band that was the Beatles for brats, New York's classic punk-pop group known for their “1-2-3-4” no-mucking-about performances and memorable, economic songs. And the reason at this time? Because their thrilling debut (see below) has come out in a reissue  . . . and it's bigger than God this time. ... > Read more 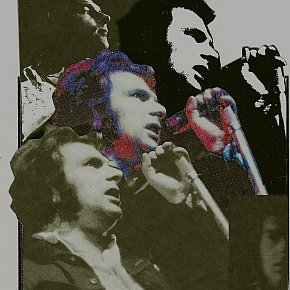 Although Van Morrison made many indifferent albums (like the travesty What's Wrong With This Picture? : Answer? Everything), since the thoroughly enjoyable Keep It Simple ('08) he's been back on form. But you suspect even longtime fans have given up listening after many disappointments and recognising that Van now is not the Van of then (or Them). Longtime aficionados will... > Read more

Cyprus Avenue (live at the Troubadour, 1973) 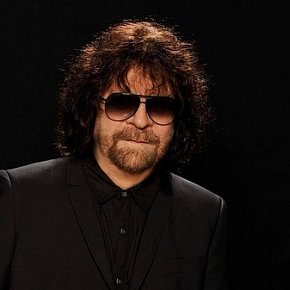 For a man who loved the Beatles and whose band Electric Light Orchestra located itself on the axis of Sgt Peppers and Magical Mystery Tour, Jeff Lynne was handed a gift and a curse by his favourite group in the early 90s. When longtime Beatles' producer George Martin declined to work on three proposed singles using home demos by the late John Lennon – he begged off saying his... > Read more 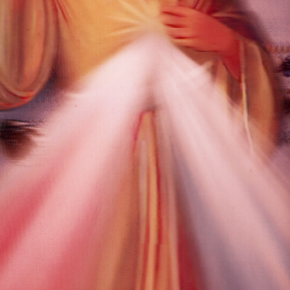 Brian Wilson – the genius behind the Beach Boys' hits from the elemental and Chuck Berry-borrowings of Surfin' USA to the ethereal Good Vibrations and beyond – cuts a sad and strangely out-of-time figure these days. For more than a decade he has been touring his golden period in the mid-to-late Sixties – half a century ago – playing his reconstructed album SMiLE... > Read more 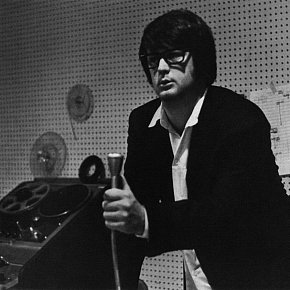 There are two reasons to be excited about the 50th anniversary box set of the Beach Boys' classic album Pet Sounds being released next week (June 17). The first is that it exists at all – a whopping 104 tracks across the five CD version which includes mono and stereo mixes, instrumental backing tracks and live versions – and we can hear how the mind of its creator Brian... > Read more 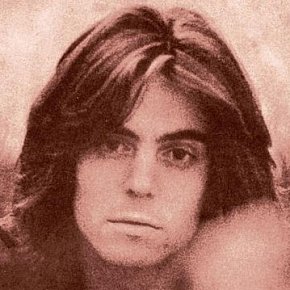 It's probably safe to say that unless you were there at the time or are an avid reader of the rear-view looking British rock monthlies, you've never heard of bands like Spooky Tooth, Steeleye Span or Colosseum. Or folk artists like John Renbourn, Davy Graham and Bert Jansch. Or even Terry Reid, although this singer-guitarist – now age 66 – has the distinction of being the... > Read more 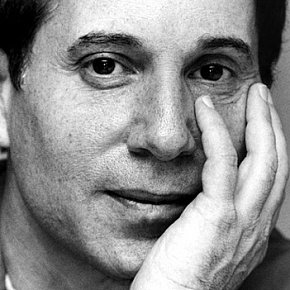 For more than half a century Paul Simon has been articulating the concerns of his generation, as in American Tune in the Watergate era of disillusionment: “I don't know a soul who's not been battered, I don't have a friend who feels at ease”. Sometimes his lyrics have seemed prescient (“the words of the prophets are written on the subway walls" in Sound of... > Read more 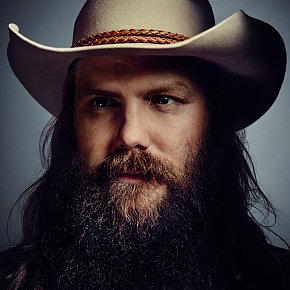 In the early Nineties when Billboard magazine adopted the more accurate Soundscan method of assessing record sales, three genres of music emerged as selling much more in America than anyone had previously thought: rap, alternative rock and country. It would be easy to simply note a divide there between urban (black, inner city), white college and rural (that mythical Middle America).... > Read more 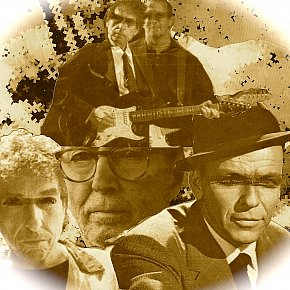 In recent times Mick Jagger has said he'd rather be interviewed by young journalists, because the old cynical ones are only ever interested in writing about the collective age of the Rolling Stones, which numbers in the centuries. He has a point and, whether you care for them or not these days, the Rolling Stones still make energetic blues-based rock . . . and are even promising... > Read more 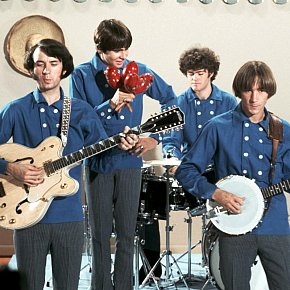 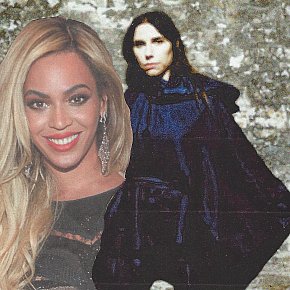 QUEEN BEY THE REVENGER Vs PJ THE REPORTER (2016): Welcome to their worlds

Whether you think Beyonce's new album/hour-long film Lemonade is an openly autobiographical letter paying out on the infidelities of her husband Jay Z or just another clever piece of PR positioning, hardly matters. The “visual album” Lemonade – as in, “if life gives you lemons . . . “ – is actually an exceptional multi-media piece of work . . . with... > Read more

Chain of Keys by PJ Harvey 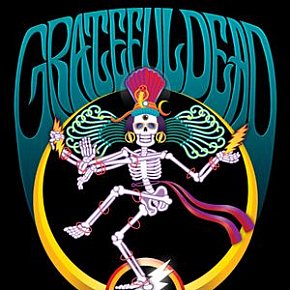 First of all: Jeez! Who knew? If you're under 45 did you know some of your favourite bands and artists – Kurt Vile, Courtney Barnett, Mumford and Sons, Marijuana Deathsquad, Lucius , Unknown Mortal Orchestra and Fucked Up among them – would line up for a four-CD salute to those hippie icons Grateful Dead? And if you're over 55 or of pensionable age and traveling free on... > Read more 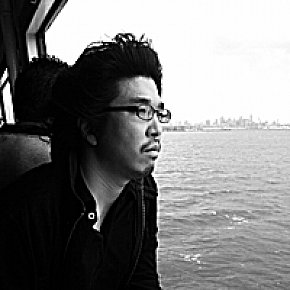 Ryan Choi was born, and lives, in Honolulu. And he plays ukulele. But that is where the cliches and expectation ends. Because he plays a very different ukulele in a very different way. But first, let's backtrack a little to say how he came to Elsewhere's attention. Every week on average Elsewhere receives about a dozen CDs for consideration and about the same number of e-mails... > Read more 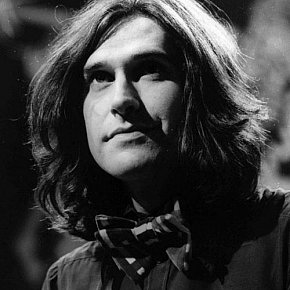 In 1964, when they realised there was money in song publishing, Paul McCartney and John Lennon got in on the game, McCartney was especially keen to flog off songs to others (like the Stones, Peter and Gordon, Cilla Black and others in Brian Epstein's stable of stars like the ill-fated Tommy Quickly). In fact later in life he would joke that he'd go round to Lennon's place and they'd... > Read more

This Strange Effect by Dave Berry 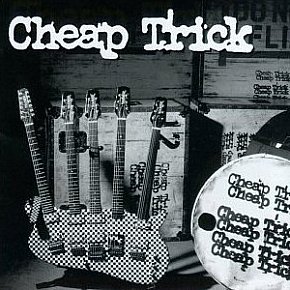 Unfortunately for Cheap Trick, by the time they got to record their album All Shook Up with former Beatles producer George Martin and their engineer Geoff Emerick in 1980, they were starting to pull apart and had run out of puff. And great songs. But the band from Illinois in the mid 70s — sometimes wrongly described as “America's Beatles”, but we'll see why soon... > Read more 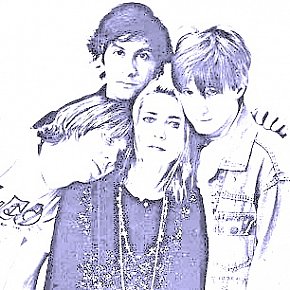 SONIC YOUTH REVISITED (2016): From sideline to frontline to fade away

When the married couple of bassist Kim Gordon and guitarist Thurston Moore in Sonic Youth separated in 2011, there was great sense of sadness, as Gordon would later acknowledge in her very interesting autobiography Girl in a Band. She quoted from Elissa Schappell's article in Salon which captured what many fans – and even just casual observers of the band – were thinking.... > Read more 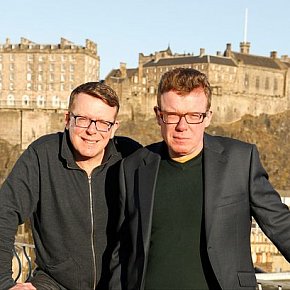 THE PROCLAIMERS INTERVIEWED (2016): Still clocking up the miles

The problem is common enough: The artists continues to make important music and the audience just wants to hear the hit songs from decades ago. It does seem unusually cruel in the case of Scotland's Proclaimers – twins Charlie and Craig Reid, now 54 – because their latest album Let's Hear It For The Dogs not only contains some of their toughest and most incisive (and... > Read more 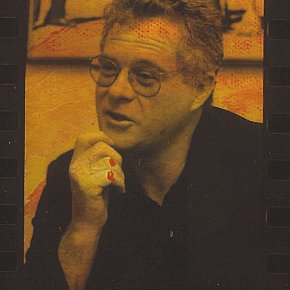 When New Zealand composer and keyboard player Murray McNabb died in 2013 at age 66 it's a safe bet that more people had heard his music than they might have thought. Outside of his serious jazz work McNabb did serious commercial work, music for television commercials (the famous Crunchie and Mainland Cheese ads), movies (Once Were Warriors), television series (Greenstone) and much... > Read more 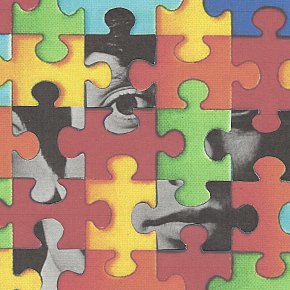 In his often courageously candid 2011 autobiography The Modfather – subtitled “the life and times of a rock'n'roll pioneer” and co-written with journalist Margie Thompson – New Zealand cultural legend Ray Columbus didn't exactly deal the dirt. But then Columbus always came across as a genial, generous professional and – given he lived straight during the... > Read more 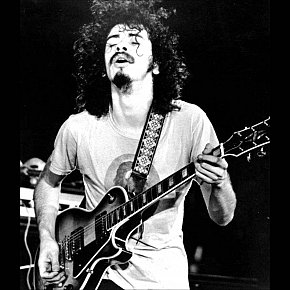 Carlos Santana has been famous and prolific for over 45 years and his new album Santana IV finds him re-united with most of the original band. So, essential early albums by the band or from his own solo catalogue? Santana (1969): The debut which introduced Latin-infused jazz-rock to the audience which hadn't been there for the band's stunning debut at Woodstock earlier that month.... > Read more

Waves Within (from Caravanserai)