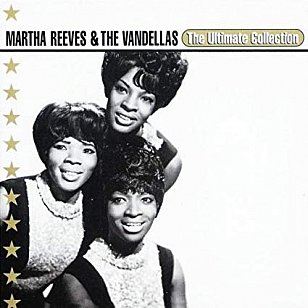 Before the Supremes overtook them – on the charts and in Berry Gordy's affections – Martha Reeves and the Vandellas were the seminal girl group on Gordy's emerging Motown label out of Detroit.

In '63 they had three singles on the US charts: Come and Get These Memories, Heatwave which went top 5 on the main charts and to the top of the R'n'B charts, and Quicksand which was top 10 on both.

The Supremes, despite seven singles to that point had barely made an impact until When the Lovelight got to number two on the R'n'B charts and almost cracked the top 20.

The following year of course belonged to the Supremes (Where Did Our Love Go, Baby Love, Come See About Me all going to number one on the main charts) and their run continued.

But Martha Reeves and the Vandellas would not be denied.

That year they delivered one of the greatest singles of all time with the uplifting, inclusive Dancing in the Street (“doesn't matter what you wear, as long as you are there”).

Although commercially overshadowed by the Supremes, for many lovers of soul and pop, Martha Reeves and her various Vandellas remain the pre-eminent female group of that Motown era.

And as Diana Ross and her fellow travellers became more glitzy and pointed towards the cabaret set, Martha remained the earthy spirit of Detroit black pop with songs like the great Nowhere to Run in '65 and Jimmy Mack ('67).

One of 11 children, a child of the New Liberty Baptist Church church where she was inspired by Della Reese, Reeves formed her own girl-group in high school which recorded on a small subsidiary label of Chicago's Chess label and then she got a job as a secretary in the A&R department at Gordy's Motown.

“I was the secretary to [A&R boss] Mickey Stevenson, to Smokey Robinson, Robert Bateman, Holland-Dozier-Holland, all of 'em,” she told Gerri Hershey for the '84 soul book Nowhere to Run which took its title from the Reeves/Vandellas' hit. 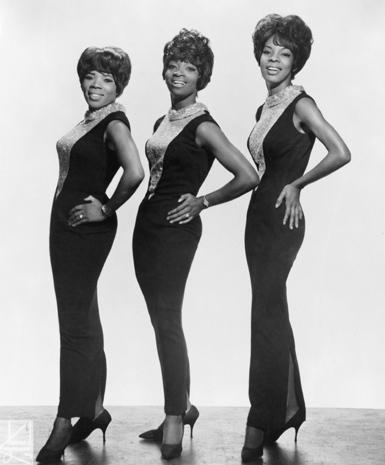 Tall, striking and statuesque (right in the photo), she'd sometimes provide handclaps on sessions, sang back-up with some women friends for the likes of Marvin Gaye (Stubborn Kind of Fellow, Hitch Hike) and then after a couple of unsuccessful singles recorded Holland-Dozier- Holland's Come and Get These Memories.

And so it began, with a succession of Vandellas until they split finally in '72.

They took their group name from a conflation of nearby Van Dyke Street and her idol Della Reese. Or perhaps Gordy just shouting the name down the stairs at them, according to then-Vandella Rosalind Ashford.

When Gaye's Stubborn and Hitch Hike became hits on release, Martha/Vandellas became his go-to-gals in the studio.

But with Heat Wave they established their own up-tempo, handclap, Funk Brothers-driven sound with Reeves' powerful vocals mixed up-front. It oozed energy, sexuality (as did their later and rocking I'm Ready For Love) and joy in a way that the Supremes rarely approached.

It was rare Reeves/Vandellas' song which breached the three minute mark, just three on this 25 song compilation. And not one by more than seven seconds.

However it was Dancing in the Street – currently more than 35 cover versions, according to Mark Kurlansky's 2013 history of the song and its influence, Ready for a Brand New Beat – which was the clarion call and a celebration of the hopes of the emerging Civil Rights movement.

It was a rare Motown song in that it opened with brass section as if to announce what would follow: “Calling out around the world, are you ready for a brand new beat . . .”
In '64 young people were.

But when Harlem (then other inner city black areas across the country) exploded into flames during race riots that year and subsequently it took on another meaning which the writers (Marvin Gaye, Mickey Stevenson, Ivy Jo Hunter) and Reeves never intended.

It was co-opted as a metaphor for rioting in the streets which angered Reeves immensely. That meaning continued to haunt her and the lyrics: Mick Jagger appropriated a line for “the time is right for fighting in the street” on Street Fighting Man.

(Springsteen's management deny he was influenced by Dancing for his song Racing in the Streets, even though both celebrate a kind of youthful freedom and escapism.)

The Black Nationalist and writer Amiri Baraka said of Heat Wave and Dancing, “all those songs have references to explosiveness. Coming out of passiveness. Heat Wave. You have the context of the time to give the song its meaning . . . [and Dancing was an anthem] for people hoping for a revolution. We played it all the time”.

When songs enter the public domain the  people can interpret them as they will, but Reeves never resiled from her position that this was a song – inducted into the Grammy of Fame in '99 – of positivity.

There was much more to Martha Reeves and the various Vandellas over their years in the spotlight: Reeves could sing strong and steamy soul ballads (Love Makes Me Do Foolish Things), tap the spirit of the church (Tear It On Down), embrace soul-funk (I Promise To Wait My Love), take a feminist stance (I Can't Dance To That Music You're Playin') and introduce soul classics like Holland-Dozier-Holland's A Love Like Yours Don't Coming Knocking Every Day.

Certainly there are makeweights in their catalogue (Third Finger Left Hand), but it's also hard to deny them the political power of I Should Be Proud in the Vietnam era.

Martha Reeves and the Vandellas built a remarkable catalogue in a short period . . . and although we default to those great singles, there was more to them than that.

Elsewhere rarely posts a compilation in its Essential Elsewhere entries but -- as we noted with Irma Thomas and the Paul Revere and the Raiders collections -- for most artists in the early Sixties, singles were the hard currency.

And even bands like the Stones, Who and Beatles – who put more effort into albums after the mid-Sixties – were still conscious of singles cut for radio.

This 25-song collection by Martha Reeves and the Vandellas – on Spotify here – can be uplifting when those singles spring out.

But also a revelation if that is all you know.

A Hard Day’s Night by the Beatles is a mono vision. When you put it on – while reading this article of course – make sure you put it on loud. The first thing you will realize... > Read more