One of the original Last Poets (which formed in '68 and was influenced by Malcolm X), 74-year old Abiodun Oyewole has had quite a life. He was born Charles David, he took his name while at Yoruba church in NYC, co-founded the Last Poets as a political/poetry mouthpiece for black nationalism, spent time in prison, graduated from Columbia University and has followed an academic career... > Read more 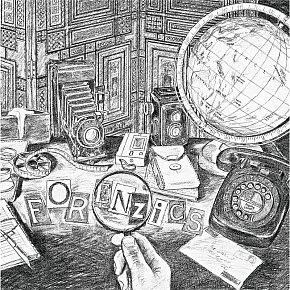 Late last year an album appeared which almost immediately disappeared despite the two heavy-hitting main players, Tim Finn and Roxy Music guitarist Phil Manzanera (who produced the Split Enz album Second Thoughts back in '76). Admittedly the sometimes Latin-flavoured Caught by the Heart was rather specialised for a mainstream pop-rock audience or even those of mature years, but there are... > Read more THE BEATLES: GET BACK, THE ROOFTOP PERFORMANCE (2022): Reeling in the years

Most serious Beatle-people will already have a bootleg copy of the Beatles' final live performance on the top of their Apple building in London on January 30, 1969. But its official release is welcome. And while it reminds us what a great little live band they were (as well as elevating keyboard player Billy Preston into the public consciousness) what is also remarkable... > Read more 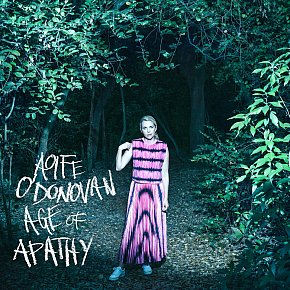 This New York-based singer-songwriter is pleasingly difficult to pigeon-hole: at times she seems country and at others like someone whose favourite albums are Astral Weeks and Joni Mitchell's Hissing of Summer lawns. She has written for Alison Krauss but also sung with orchestras (she has the vocal power for that too), been a guest on albums by the Kronos Quartet and Kate Rusby, and is... > Read more When the Scottish band Blue Nile took seven years to release Peace at Last after their album Hats, then another eight before High they earned a reputation for meticulous if leisurely craftsmanship. Lengthy gaps between albums are not uncommon these days. It has been 20 years since Peter Gabriel's last album of original songs and Bill Fay took 31 years between two of his albums. But... > Read more 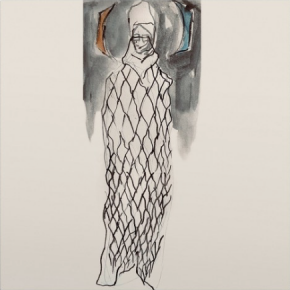 Given we've sometimes struggled with the idiosyncratic folk-cum-whatever sound of this Colorado-raised eccentric, we do note we've written about three previous albums. So why stop now? And if you've read some of what we said (“enjoy or endure”) but recoiled a bit, this terrific collection of folkadelics should be the ideal entry point. This is the album to get you... > Read more In the late Seventies a David Bowie compilation appeared under the nameChameleon. However chameleons change to blend in, Bowie changed to stand out. Few artists can sustain constant Bowie-like reinvention but among the select few would be John Cale (formerly of the Velvet Underground), Marianne Faithfull, the Radiohead gang, Nick Cave, Kate Bush, Lady Gaga . . . And Elvis Costello who... > Read more 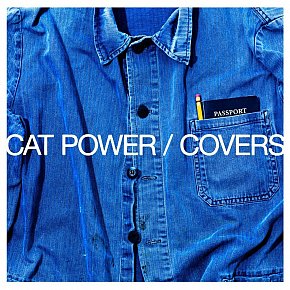 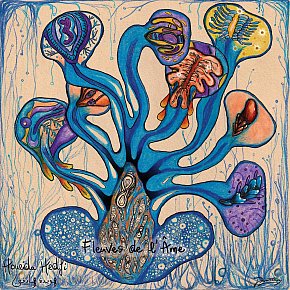 For further evidence that some of the most interesting music comes when genres or cultures collide you need only look at Elsewhere's list of the best albums of 2021. The albums by Tararua, Arushi Jain, Mdou Moctar, Circuit Des Yeux, Jane Weaver, Namgar, Arooj Aftab, Joy Harjo and others were confirmation. And the list our readers provided includes further examples. Which is by way... > Read more 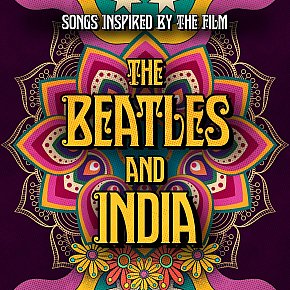 On paper this double CD by Indian artists, among them Anoushka Shankar and Karsh Kale, makes sense because when the Beatles were at the Maharishi Mahesh Yoga's ashram at Rishikesh in early '68 they wrote a swag of songs, many appearing on The Beatles (aka The White Album). The excellent 2020 film put the story into the context of the time and influence of Indian music and Eastern... > Read more As their name implies, this country-folk duo of Jack Ringhand and Lara Robertson out of Dunedin are indeed towering and leggy figures. On this 10-song debut Tall Folk arrive as fully formed and impressive songwriters who shift effortlessly from downbeat political folk (Empire) to the jaunty sounding but lyrically wry (Could Be Worse) and the downright gorgeous soundscape of the title track... > Read more 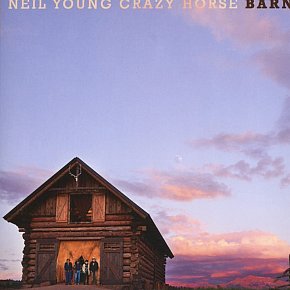 Last February Neil Young – who turned 76 in November – released a superb album Way Down in the Rust Bucket with the band Crazy Horse. It went past most. Hardly surprising given in recent decades Young, in addition to releasing new albums, has been hauling releases from his voluminous vaults. A month after Rust Bucket– 145 minutes recorded live in 1990 –... > Read more From time to time Elsewhere will single out a recent release we recommend on vinyl, like this one which comes with the lyrics on the inner sleeve. Check out Elsewhere's other Recommended Record picks . . . . Elsewhere has had a long infatuation with the dreamy folk-pop and gently experimental electronica of French For Rabbits, the New Zealand group of singer/multi-instrumentalist... > Read more 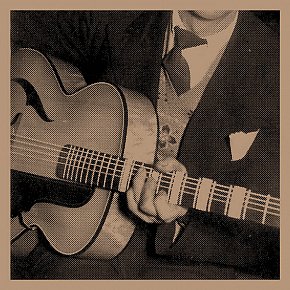 Guitarist Greg Malcolm appeared recently at Elsewhere with the album A Feast of Tones (in the Experimental Guitars of Aotearoa series) with percussion player Chris O'Connor, recorded live at Auckland's Audio Foundation in 2017. If that was perhaps a challenge for many – improvised music can be, we understand that – then this solo outing recorded at the Audio Foundation in July... > Read more 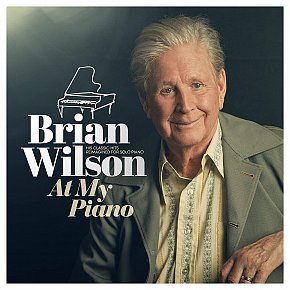 It sounds stupid and obvious to say it, but all songs start somewhere: a few words in a notebook; some chords explored, or – for the likes of Tori Amos, Randy Newman, Jimmy Webb and Brian Wilson – at the piano where all the musical possibilities are laid out in black and white. As Webb told Elsewhere many years ago: “[I'm] looking at my piano, looking at the keyboard and... > Read more 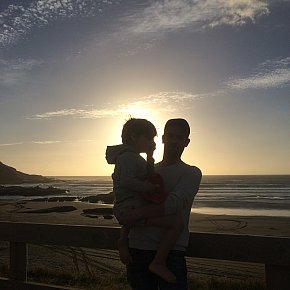 Once upon a longtime ago reggae was rebel music and righteously indignant about the world. For the most part those days are long gone in Aotearoa reggae. Hard political issues (poverty, domestic abuse, homelessness, disenfranchised communities etc, we gotta lot to address) have been set aside for innocuous statements about love and family. Certainly a few step up (Troy Kingi, Tigi... > Read more Although a lyrical guitarist -- as witnessed on previous albums Lost in the Dream (2014) and the Grammy-grabbing A Deeper Understanding (2017) -- The War on Drugs' Adam Granduciel here sometimes foregrounds acoustic and electric piano (and Hammond organ) to support his complex songwriting. This fifth WoD album extends his increasingly distinctive Americana-cum-psychedelic... > Read more 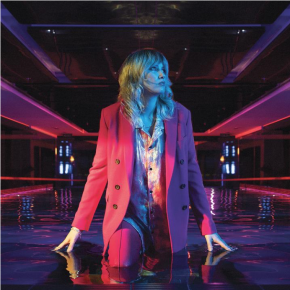 On her first album in more than four years, Ladyhawke (Pip Brown) returns to Eighties dancefloor electro-pop stylings but, despite the crafted surfaces, there's often downbeat reflection, even when channeling Prince-funk on Think About You (“We live in worlds apart, but still you have my heart”). The opener My Love sets a tone (“would it make you sad to lose my love .... > Read more From time to time Elsewhere will single out a recent release we recommend on vinyl, like this one. Check out Elsewhere's other Recommended Record picks . . . .  Unrequested, unannounced and unexpected – actually none of those, I'd forgotten prior correspondence – this vinyl album arrived at Elsewhere's door a week ago, the project of Luke Scott (Admiral... > Read more 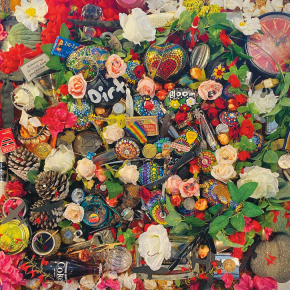 From time to time Elsewhere will single out a recent release we recommend on vinyl, like this one (which comes in a gatefold sleeve with an insert lyric booklet). Check out Elsewhere's other Recommended Record picks . . . .   The final song at the end of the first side of this record opens with some familiar lines, but with its menacing, quasi-industrial beat it takes a moment... > Read more