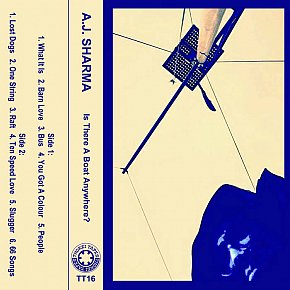 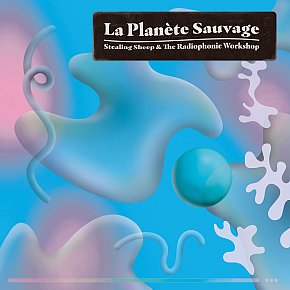 While we know there are few things new under the sun, the Avatar film was a jaw-dropper for it technological and visual invention. As always, some couldn't contain their contempt for its somewhat ham-fisted message. But they were mostly cynical adults and not the 12-year olds whose eyes and minds were opened with wonder . . . and got the message. Giant blue humanoid figures had appeared... > Read more 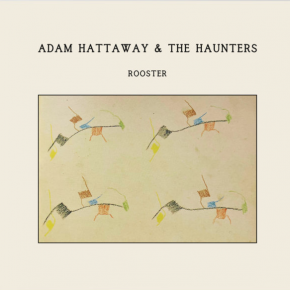 Back in the mid 2000s those who were lucky enough to catch Auckland rock band the Checks – and were familiar with the r'n'b sound of the early Stones as much as garaeband rock'n'roll – were smitten by this young group which had swagger and style, and seemed to know that history. You'd think that excitement would be common enough (Dead Flowers and Straitjacket Fits other... > Read more 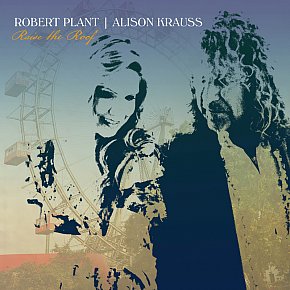 Aside from the unexpected nature of Robert Plant and Alison Krauss coming together for the Raising Sand album in 2007 was the fascinating selection of material they covered: songs by Everly Brothers, Gene Clark, Tom Waits, Townes Van Zandt, blues . . .  That they, the band and producer T-Bone Burnette shaped this diverse material into a cohesive whole made for one of the best albums of... > Read more 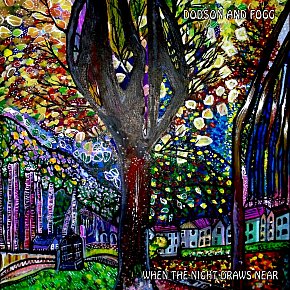 Dodson and Fogg: When the Night Draws Near (Wisdom Twins/digital outlets)

Our favourite British alt.folk duo – who is actually a solo artist, Chris Wade -- returns with this modest five track release, once again wrapped in colourful artwork by Wade's wife Linzi Napier. This time out there is a discernible bluesy/JJ Cale quality about the first two of these songs (the title track and It Ain't Up To Me) but thereafter Wade reverts to his appealing... > Read more

Why Don't You Come Inside For a While 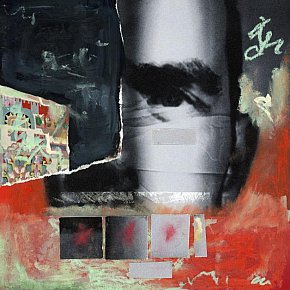 ONE WE MISSED: Jordan Rakei: What We Call Life (Ninja Tune/digital outlets)

Expat singer/producer and multi-instrumentalist Jason Rakei has certainly fallen on his feet in London these past six years: signed to Ninja Tune; collaborating with Common and Nile Rodgers; appearances at various festivals and live radio sessions; coverage in Pitchfork, The Guardian, Observer, Pop Matters! Etc; covering a Donald Byrd track for the Blue Note: Re:Imagined compilation; a Late... > Read more 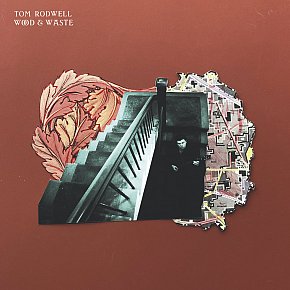 From time to time Elsewhere will single out a recent release we recommend on vinyl, like this one (which comes with a download code). Check out Elsewhere's other Recommended Record picks . . . . Auckland singer-guitarist, blues musician and writer Tom Rodwell isn't as well known as he should be, unless you read the fine print on recordings by Coco Davis and Don McGlashan's... > Read more

She Got Me Boiling 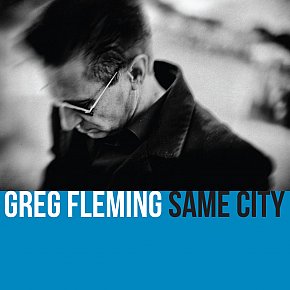 For over a decade, Auckland singer-songwriter Greg Fleming has brought a focused, observational eye to his lyrics. Although also a working journalist, Fleming is more akin to a photographer capturing stark images where his subjects are the hard working, downtrodden, the greedy among us, Auckland as a character in itself, blended families and tested relationships. These real life stories... > Read more 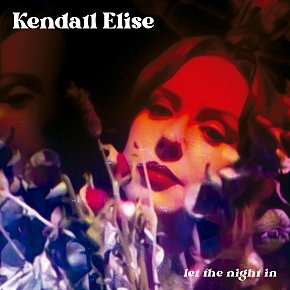 From time to time Elsewhere will single out a recent release we recommend on vinyl, like this one (which comes with a full lyric sheet insert and a download code). Check out Elsewhere's other Recommended Record picks . . . .  We have been very keen on Auckland singer-songwriter Kendall Elis to the point of interviewing her when her debut album Red Earth arrived, and then again... > Read more 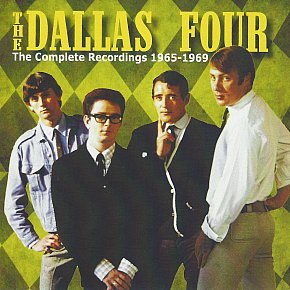 Forming in early '64 at the peak of the Beat-era and, after many line-up changes, morphing into Karma at the end of the decade, the Dallas Four were enormously popular with an Australian tour, residencies at Auckland's Platterack and Monaco, appearances on C'mon and numerous recordings. In the typically excellent booklet accompanying this Frenzy compilation – 30 tracks, some... > Read more 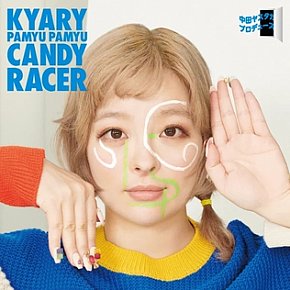 Elsewhere would not pretend to understand even 1% of what goes on in the work of Japanese pop star Kyary Pamyu Pamyu. But our attention was drawn to her a few years back by a pre-teen and the video clips she showed us were . . . Hilarious, strange, disturbing and very kitschy hi-tech. Some of her songs were also annoyingly catchy hyper-real pop. We were so taken... > Read more 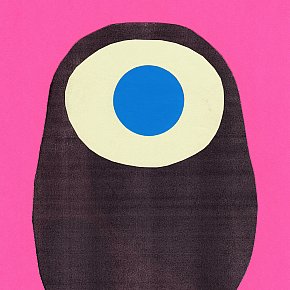 This multi-culti British outfit around Cathy Lucas impressed us with their previous album The Age of Immunology in 2019 (prescient title, huh?) It was lightlydelic simmer of influences from astral lounge, motorik grooves and a bit of Sun Ra space exploration. This time out they get even more nuanced with a tasty suspension of slow-mo Can, the trumpet stylings of the late Jon Hassell,... > Read more 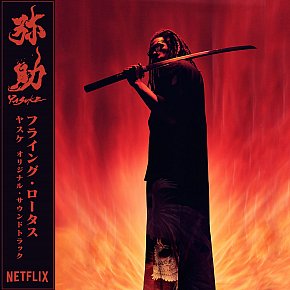 From time to time Elsewhere will single out a recent release we recommend on vinyl, like this one (which comes with a download code). Check out Elsewhere's other Recommended Record picks . . . .  Given what we said about the last Flying Lotus which crossed our path – that the instrumental album of Flamagra was more satisfying than the original version with its heavy... > Read more 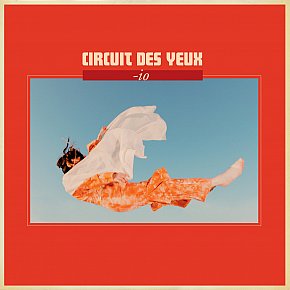 If we're honest, few albums truly catch us by surprise. As we noted when we wrote about the previous album by Circuit des Yeux (Haley Fohr from Chicago), much of what we hear conforms to familiar musical archetypes. But CdY's Reaching for Indigo certainly had us floundering a little. In a very good way.  She creates a kind of contemporary art music (our reference points... > Read more 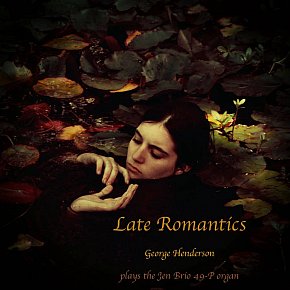 In a beautifully evocative and appropriately Ophelia-referencing cover by photographer Hayley Theyers comes this intimate interpretation by George D Henderson (the Puddle, New Existentialists) of two poems by the Romantics (Byron, Yeats) interpolated with instrumental passages. These poems praise the enchantment of a woman (Byron's She Walks in Beauty) and drink/death as only the Irish can... > Read more 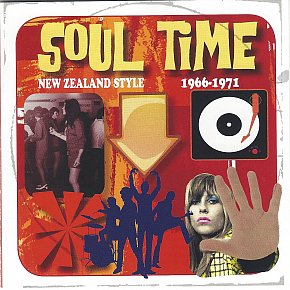 Even the PR for this 32-song compilation admits there wasn't much of a dedicated “soul scene” in New Zealand during the years covered. New Zealand musicians certainly covered soul songs, but very inconsistently and perhaps our best interpreters were in the Maori showbands who were mostly off-shore. However the influence of black American soul – on the evidence here,... > Read more 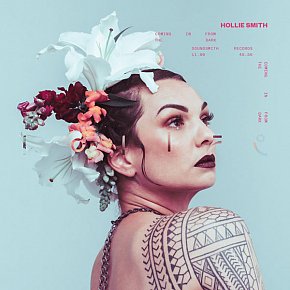 Hollie Smith: Coming In From the Dark (Soundsmith)

In an interview Debbie Harwood, one of When the Cat's Away, said, “I know until I drop the last song on my setlist will be [the Cat's huge hit] Melting Pot. No original, solo recording will ever trump that in the public’s eyes”. Such is the curse of the hit single. Hollie Smith no doubt felt the same for a long time about Bathe in the River (written by Don McGlashan)... > Read more 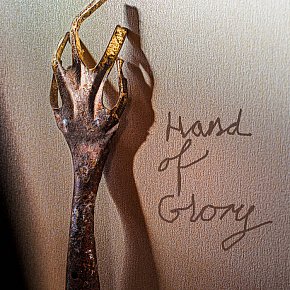 The story is so ridiculous it has to be true: this band from Hamilton in the early Nineties released their self-titled debut album and the following year went on tour. Their first show was in Palmerston North and “this was notable only for the small audience consisting of four nuns, and the haste in which the hosts hustled the band out of the venue”. After the tour –... > Read more 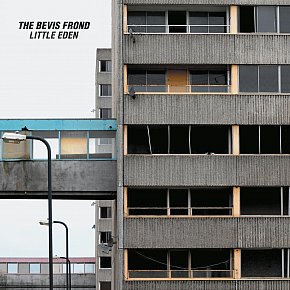 From time to time Elsewhere will single out a recent release we recommend on vinyl, like this one which is a double album in a gatefold sleeve with lyric booklet and a download code. Check out Elsewhere's other Recommended Record picks . . . .  At this late stage in their (and Elsewhere's) career, there might seem little purpose in trying to draw attention to the Bevis Frond,... > Read more

And Away We Go 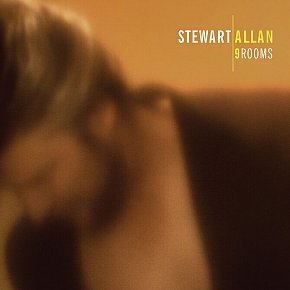 Rattle Records – known for its jazz, contemporary classical music, taonga puoro recordings and some very left-field albums like Ferocious – has launched yet another edgy imprint: Seventh House, alongside its reissue of avant-garde music on Echo. So if you thought you could expect the unexpected from Rattle this album might surprise you even further, knowing what we thought knew:... > Read more