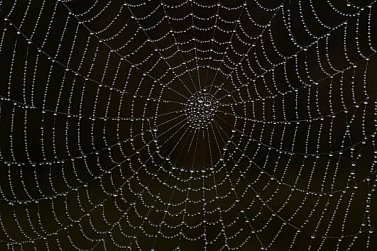 It has been more than 60 years since “the blues had a baby and they called it rock'n'roll”.

Which means that there are decades and decades of music to be discovered, rediscovered and re-presented.

It's cheap to sell music which has already been recorded and perhaps had its shelf-life, but some of the reissues this past year have been classy and re-ignite interest in the artist.

There were plenty of single discs reissued and interesting box sets for the specialist market (the complete Turtles, acres of Pink Floyd, the whole Frank Zappa catalogue again) but we've turned attention onto those which offered a bit more by way illuminating the original work.

Time again to blow away the cobwebs of the past.

Here are six of the best reissues, and just click the link to see more of what we had to say.

All six Crowded House studio albums and their rarities Afterglow collection were given handsome repackaging with liner notes, Q&As with Neil Finn, commentary on his cover art by Nick Seymour and – best of all – an extra disc with each packed full of rare tracks, live songs, previously unreleased home and studio demos and more.

To hear the songs Neil Finn set aside is to recognise the perfectionism and genius of his craftsmanship.

Wonderful stuff and for fans it rendered all their bootlegs redundant. How a reissue series should be done.

And as if that weren't enough, they have launched this interactive site!

After the SMiLE box this was inevitable . . . but very welcome for loyalists. Yes, you could just go for the reissued mono version (on vinyl) but the four-disc set with a BluRay audio disc gathered together the album in mono and stereo mixes, hours of snippets from the sessions, alternate versions and live material (which proved the Beach Boys could actually do this intricate music on stage). The genius of Brian Wilson as a composer and arranger is already acknowledged, but the vocal-only tracks here show just how extraordinary a group of singers they were. Revelatory.

Pere Ubu out of Cleveland arrived at the time of early punk, but their challenging music – where pure noise was as valid as pure pop and the two often collided in the same song – was way out on its own branch. Their early single, EPs and albums alienated many but also captivated others for their unpredictability, sonic challenge and sometimes downright scary sound. These two box sets which wrap up their first incarnation brought everything together and somehow the remastering made more of this sound danceable and poppy. Time and other challenging voices have also rendered David Thomas' yelps, hollers, creepy speak-sing and drunken sailor style more approachable than it once was. Even so, is you 'ard enough?

David Thomas is interviewed here about these reissues (and more!)

And speaking of challenging . . . After the Sex Pistols Johnny Rotten completely reinvented himself. He reverted to his own name (John Lydon), rejected the increasingly cliched visual style of punk and explored other ways of making music which was just as difficult but ultimately more rewarding than those short, sharp punk hand grenades. The original Metal Box released in 79 was three records but this reissue – of an essential album – comes as a four CD set (also on vinyl) with rarities, B-sides, radio spots, live versions and more. In places these mostly long and sprawling tracks have an elemental beauty coupled with a sense of danger, and you are sure to be surprised if you've never heard it.

Michael Jackson: Off the Wall CD+DVD

Of course Thriller was the bigger album, but this predecessor prepared the ground as he and producer Quincy Jones broke down the barriers between soul, pop, rock, disco, r'n'b and you-name-it. He was just 20 – he seemed to have been around forever – and put his teen-pop years behind him with classic dancefloor songs like Rock With You and Don't Stop Till You Get Enough but also presented lovely ballads like She's Out of My Life. The reissue – which came with a Jackson DVD doco by Spike Lee – reminded you just how wonderful he was, and this was the coronation of the King of Pop.

Those who bought in for the classy mainstream and adult pop-rock of the Fleetwood Mac album of 75 and the even bigger Rumours two years later (in total about 60 million copies sold) had a tougher time with the double album Tusk for which guitarist/writer/singer Lindsey Buckingham told the band he was taking control and steered them in a more experimental direction, some of it inspired by punk and New Wave. The big hit-making machine remained intact (Sara) but the sheer breadth and depth of this defeated some fans. Needless to say others consider it their finest achievement . . . and the three CD reissue which came with outtakes, demos, remixes, various different versions and a whole disc billed as The Alternative Tusk is deep immersion for those who like the challenge of pop that got bent out of the familiar shapes. 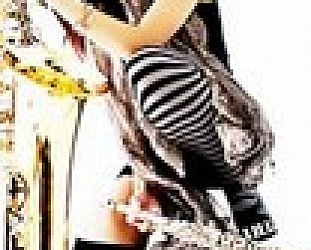