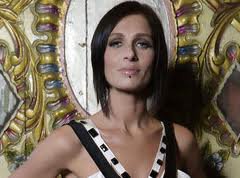 Award-winning Australian singer-songwriter and alt.country star Kasey Chambers has long been an Elsewhere favourite for her astute lyrics and passionate delivery, and her earthy sense of humour in person.

With her husband Shane Nicholson -- and often with her singer-songwriter dad Bill on hand (interviewed here) -- she has presented some of the most enduring country music of the past decade.

We have previously published a major profile of Kasey and Shane (here), reviewed solo albums by them (her here, him here) and Shane has also answered the Famous Elsewhere Questionnaire.

But with the release of their excellent new album Wreck and Ruin -- their second together, reviewed here -- we thought it might be time for Kasey alone to respond to the Famous Elsewhere Questionnaire.

‘Father Abraham in Smurfland’ was my first album

AC/DC money from the Thunderstruck tour that my dad took me too.

I don’t really read about music – I listen to it

I still only buy CD’s. ‘Friend of a Friend’ by Dave Rawlings Machine 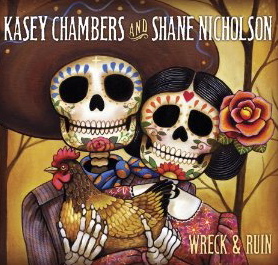 ‘Wreck & Ruin’ – seriously. I LOVE IT. Best album artwork ever!

With my kids – hanging out. My fave thing to do