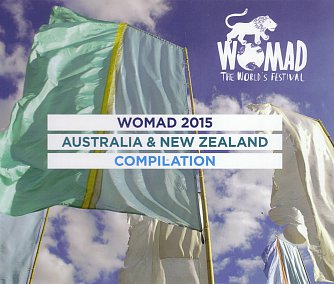 Because Elsewhere has a long established reputation as the only New Zealand outlet/website which regularly addresses and interviews world music artists -- so is a Womad all year round while others amble away until the March event -- we're going to flatter ourselves a little (and embarrass casually interested media) by suggesting many of the acts on this scattergun compilation should be familiar to our regular readers.

More than half the artists here have appeared at Elsewhere, either by way of album reviews (some from the earliest albums by the artists) or recent interviews.

So let's just do this.

Here's the track listing of this fine sampler album which you should buy to have in the car on the way to Taranaki . . . and if you click the highlighted text that will take to you to an album and/or an interview at Elsewhere where you can also hear a track and see a clip.

And where there is nothing highlighted, just go here to see the whole Womad 2015 line-up with that act included, and a link to where you need to go for more information.

See you on the site. This year's line-up looks quite exceptional.

How About I Be Me - Sinéad O’Connor

For information on ticketing and other details about the 2015 Taranaki Womad go here.

Great line up. Sadly, it seems unless you book accommodation [not including camping] a year ahead , you miss out. I'm wondering about putting this point to tourism operators and the local council in New Plymouth. Any advice anyone can give me would be great; we have searched for accommodation within an hour's drive of New Plymouth. Cheers: GRAHAM REPLIES: Sorry not my role to take on the council/tourism operator etc. Advice is: Camp? Drive? Book in advance? It's not like an annual Womad sneaks up on you. Put your point to them. 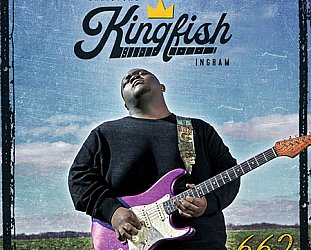 When the then-20 year old Christone Ingram (aka Kingfish) released his self-titled debut album in 2019, Elsewhere was all over it because here was a genuine blues artist (born in Clarksdale, this... > Read more