THERE'S GOOD ROCKIN' TONIGHT (2014): The music that reshaped the world 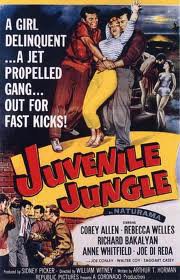 Because Fifties rock'n'roll music is rarely heard these days -- and on the rare occasions it is, the music is utterly decontextualised – it's hard to imagine what a revolution it was for people at the time.

Here was a popular music which was aimed directly at teenagers (the first musical movement to do so) and addressed their concerns in terms of parties, dating, rebelliousness and sexuality.

The massive success of rock'n'roll – as witnessed by how many preachers, parents, government agencies and concerned citizens spoke out against it – also eroded the barriers of race at a time when teens of the post-war generation (perhaps not as attached to race as their parents) were listening to black, white and Hispanic artists without making much distinction between them.

Any song that made them want to dance or made them feel good – by whoever created it – was just a good song, and that was enough.

Rock'n'roll changed how young people behaved on the dancefloor, in the streets, at parties, at home and, not the least, how they were portrayed in movies. 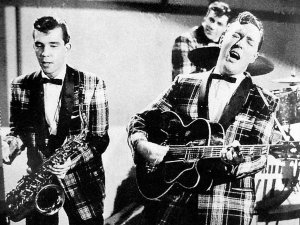 When Bill Haley's party song Rock Around the Clock was used as the soundtrack to Blackboard Jungle, rock'n'roll immediately became associated with juvenile delinquency, much to Haley's distress.

And in the movies the delinquent kids invariably dressed like Marlon Brando's character in The Wild One or the hoods in James Dean's Rebel Without a Cause.

Of course a lot of Fifties rock'n'roll songs were little more than upbeat sloganeering (See You Later Alligator, Dizzy Miss Lizzie, Shake Rattle and Roll which moved into rock'n'roll from Big Joe Turner's r'n'b version via Haley) . . . but there was also real teen-poetry in many of the songs.

When Chuck Berry sang Roll Over Beethoven (“and dig these rhythm and blues”) he was announcing a new music with wit, panache and a great hook.

His Sweet Little Sixteen showed just how astute he was in identifying his target audience.

Teen angst was addressed in great songs like Del Shannon's Runaway (with its clever pitch shift and extraordinary production), Frankie Lymon and the Teenagers' Why Do Fools Fall in Love? and . . . 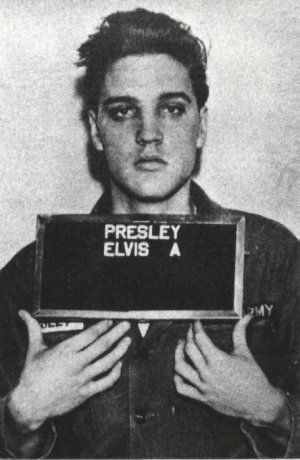 Duane Eddy's Rebel Rouser and Link Wray's Rumble demanded to be played at a volume which parents were bound to object to (which in part was the point of rock'n'roll) and everywhere – coded or otherwise – there was sex: Jerry Lee Lewis' Great Balls of Fire, just about everything that Little Richard ever shrieked and shouted, Johnny Kidd and the Pirates' Shakin' All Over, Elvis Presley's All Shook Up . . .

Eddie Cochran's enduring Summertime Blues captured that mood of discontent when you were a teenager having to work over summer “just to earn a dollar”, and the Coasters' Yakety Yak written by Leiber and Stoller (who also wrote Hound Dog and dozens of other hits) was enormously popular because every kid had heard something like “yakety yak, don't talk back” from their elders . . . and it had a great sax part by King Curtis.

Old country songs were given a shot of adrenalin (Johnny and the Hurricane's Red River Rock which even today is the soundtrack at fairgrounds), Dale Hawkins and guitarist James Burton all but invented the sound of Creedence Clearwater Revival with Suzie Q (which CCR covered) and Chubby Checker got people from the White House to rent parties doing Hank Ballard's The Twist.

Danny and the Juniors might have been a little optimistic with Rock And Roll is Here to Stay, but if the specific sound of the music didn't last in the way they expected, the attitudes did. 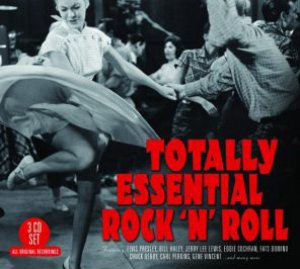 There are any number of compilations of rock'n'roll music out there (this is an excellent, unfortunately expensive and hard-to-find left-field one) but a new triple disc set Totally Essential Rock'n'Roll (Big3 through Southbound in New Zealand) grabs all of those classics mentioned above and many more in a 60 song overview.

You need to play this at full rockin' volume with the bass turned up.

However from what is frequently identified as the first rock'n'roll song (Jackie Brenston's Rocket 88) through gimmicky songs (The Big Bopper's Chantilly Lace) to essential and often primal rhythms (Bo Diddley's famous “shave and a haircut, two bits” beat on the song he named after himself) and cornerstone songs by Presley, Buddy Holly, the Everly Brothers and others, this is one of those collections which pulls together the breadth of rock'n'roll music. 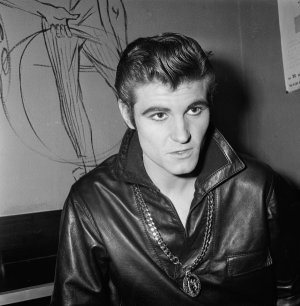 Some American rock'n'roll of the Fifties bled into the Beatles music and was given a revision, the Clash would much later cover Vince Taylor and His Playboys' Brand New Cadillac (because they identified with its rebellious spirit, right) and a whole generation grew up with a soundtrack of its own.

It was a noise distinct from their parents' swing, pop and sophisticated lounge in the Sinatra-era, it was unique in its sound and presentation, and -- most important to hormone-raging teenagers -- often just a whole lot of shameless fun.

This was music which had image, cool, style and energy. It was colour-blind and best played loud.

So Totally Essential Rock'n'Roll is a party collection -- and at $20 at JB Hi-Fi stores here a real bargain --  which taps an almost forgotten but collective memory . . . and is best played louderer.