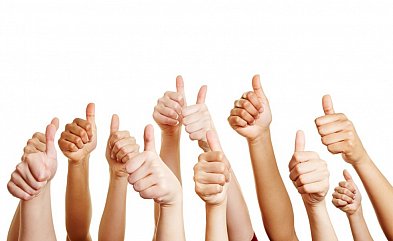 Following Elsewhere posting its choices for the Best of the Year albums and The Best in Reissues (of what we heard, obviously a lot went past us) we invited Elsewhere readers to tell us what they were impressed by this year.

Here is what people told us . . . and where Elsewhere had reviewed the album we have highlighted it with a link to our original review. (Some people's choices were also in our Best Of lists)

Thanks to everyone who made the time, you have given us all some suggestions for holiday season listening.

Here is what people said (and some mentioned best concerts too). Looks like I've got some catchin' up to do.

tells us that his favourite albums for the year seem mostly the same as everyone else’s judging by the end of year lists I’ve seen so far, but the following three records seem to have been missed by most and are on high rotation on my stereo:
Drift Code - Rustin Man: Fronted by ex Talk Talk bass player Paul Webb this is the long awaited follow up to early naughties Out Of Season. Meticulously recorded he sounds not unlike Robert Wyatt on this gem of an album. (And a sad RIP to ex TT band mate Mark Hollis)
Jimmy Lee - Raphael Saadiq: gritty neo-soul from one time Tony! Toni! Tone! legend
You Made It This Far - Esther Rose: Lovely country album from this US singer conjuring up the spirit of Patsy Cline in these songs of hard truths and reminisces.
And my reissue of the year goes to...
Emperor Tomato Ketchup -Stereolab: I have no idea why I missed them first time around but their entire back catalogue is going through a reissue program so they’re all ripe for reappraisal. This one is a real standout closely followed by Mars Audio Quintec.
AND with the end of the decade fast approaching is it too early to note that we’re only a couple of years away from the 60th Anniversary of the release of The Beatles debut record and beginning of another cycle of reissues!

he thought the year a bit underwhelming but found these 10

Guesswork - Lloyd Cole - one of the most boring live shows (and an equally faceless guitarist), but a great, great songwriter and this had inventive synth lines to  boot.

No Other - Gene Clark - reissue of the year . Based on this alone he outstrips all the other Byrds that ever existed - McGuinn, Crosby, Parsons , Hillman etc

Abbey Road - The Beatles - what's this doing here? no comment required - the tail end of the holy grail of recorded popular music.

Saint of Lost Causes- Justin Townes Earle - intense solo show during the year matched by an angry largely blues driven set of songs, a chip off the old block indeed.

Fury & Redemption - Sturgill Simpson - this guy is a star , simple as that

Tales of America - J.S Ondara - is this the Tracy Chapman debut of this century? - whatever  it's really good

Elbow - Best of Elbow: Yes, technically came out late 2018 but I didn't see it here until new year.  A very good double album of their large back catalogue.

Marlon Williams - Live at Auckland Town Hall. I had to get this after seeing him at Villa Maria and being blown away but the purity and power of his voice.  The Town Hall recording isn't sonically great but you still feel like you're there.

Teskey Brothers - Run Home Slow. Leaving the best to  last.  A superb follow-up to their first album.  World-class musicianship, vocals, songwriting.  I've recommended them to heaps of people who'd never heard of them and everyone come back saying they love them.  Their gig at the PowerStation was a great way to finish up the year - stunning.  How cool is it when you are a soul/blues band and can pull off a cover of War Pigs and make it perfectly fit the set!

Jo gets in with

Pick of your list for me are Tiny Ruins and Julia Jacklin; many repeat plays in our house.  The other three on high rotate have been:

One Piece at a Time by Finn Andrews – just blissful listening, gorgeous ballads to sing along to and the wonderfully disturbing “One By The Venom”!

And if I may slip an album from 2018 – Out Of The Oddness by the quirky Whangarei-born and Lisbon, Portugal-based Tom Lee Richards (experimental electronic, pop, roots) who I think deserves way more exposure.

Agree with quite a few of your selections for the best of for 2019 BUT inexplicably you left out the Black Pumas self titled debut - on high rotate for many weeks in our household!

David Kilgour and the Heavy Eights – Bobbie’s a Girl. Laid back songs ideal for a sunny Sunday afternoon, it doesn’t get any better than this.

Sulfate – Sulfate. Listen to in a dark room at substantial volume

The National – I Am Easy To Find. A beautiful album aided by guest vocalists which brings a fresh feel to their sound.

Hard to leave out Aldous Harding – Designer, JJ Cale – Stay Around, and The Beat – Public Confidential, out of my list also

Wilco “Ode to Joy” - takes 4 or 5 listens to ease into- clever arrangement in writing , wonderful Tweedy croon at strength , masterful instrument playing from all members-it’s a truly fluid relaxed sound - watch their recent shows on YouTube-Nels Cline is staggering-my staff say its “dad” indie country but I don’t necessarily agree.

Bon Iver “ ii era”-masterful arrangement and technique of his defiant uncommercial sound- it’s not “For Emma, Forever Ago” and I suspect you’re not going to sing along to any songs off it at a concert  but that’s not the point…. the world has moved on and so has he. Very much looking forward to seeing him live next year.

Orville Peck “Pony”- his voice holds you, smart, unexpected palate of drifter style lyrics-they say he’s a possible incarnation of Elvis-maybe that’s so as he sounds perfect and timeless.

NZ BEST goes to Kool Aid “Family Portrait EP”- its cleaver catchy writing…Low Fi good everywhere and possibly a Christchurch thing that no one else will really get – which makes it more the better-hopefully the world won’t catch onto them-only 22 monthly listeners on Spotify and they cant be wrong!

New album we thought we wouldn’t tap our toes to during 2019 BUT have is…Harley Poe “ Have a Great Life …they call them Folk-that may be a compliment.

Best Reissue of 2019…The Blue Nile “Walk Across the Rooftops” in vinyl and more epic for that.

Late to the party, but one album off the top of my head: Tomeka Reid - Old New: https://cuneiformrecords.bandcamp.com/album/old-new 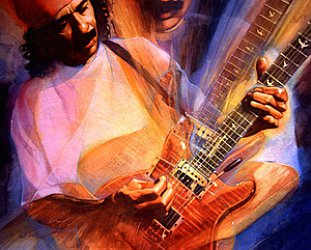 Carlos Santana is either a philosopher or a flake. His conversation is littered with high-minded thinking, but also slews into new age psychobabble which can be cringe-inducing and sounds... > Read more