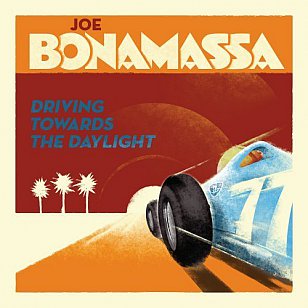 Gutsy, earthy and steeped in the blues, singer-guitarist Bonamassa seems an unstoppable force. He fires off albums under his own name (this his third in two years) and with Black Country Communion (two albums and double live in Europe in the same period).

He also puts himself about as a guest player, and his album with leather larynxed Beth Hart, Don't Explain, got a favourable notice here last November. Lotta albums in a short period.

Here he mixes construction site originals with aggressive takes on Robert Johnson's Stones in My Passway, Howlin' Wolf's Who's Been Talking (with a spoken intro by Wolf), Willie Dixon's groove-riding I Got All You Need, Bill Withers' Lonely Town Lonely Street and Tom Waits' New Coat of Paint taken as far as you can imagine from Waits' original piano ballad.

He reaches for Santana's tone on the widescreen and brass enhanced A Place in My Heart.

Barnes, Aerosmith, volume . . . You have your reference points.

The spirit of Seventies-style stadium-shaking blues rock is in safe and busy hands.