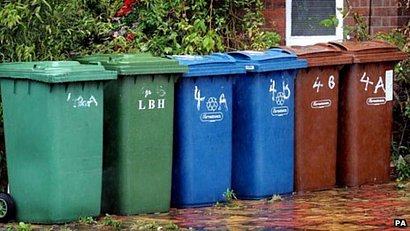 You know how it happens. An album leaps out you from a dump bin in a secondhand record store (or dumped out in some strange neighbour's rubbish when they are moved on by the landlord ) and you think . . . why not?

To Elsewhere's shame (and secret pride) we have more than our fair share of such stuff (see the links at the end of this embarrassment for further evidence) but by chance a few recent ones made themselves known . . . by crawling toward us from bins and rubbish bags.

And they are all albums which are, thankfully, very hard to find through “the usual channels”. 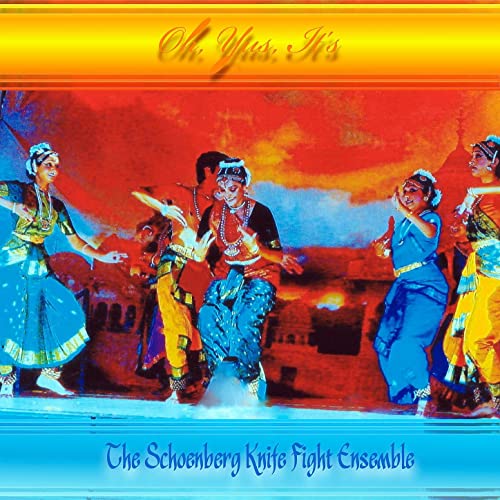 As someone who owns the Vulcaneers' little-sought album Beat Me Off Scotty – a band out of the Bay Area in San Francisco – I'm obviously foolish enough to have this album by yet another bunch of US second generation punk-rockers from Venice (California not Italia) who recorded this album which I'm sure appealed to stoner frat-boys at the time.

(Pot smoking and Marilyn Manson get a mention on their excellent mini-epic and not-that-bad How Did It Get So Romantic in Here? with a big guitar solo!)

Needless to say I bought it for the band name and cover art – neither of which have anything to do with the five-piece rock contained within.

Although there's cello on the final song Schoenberg Six, so that's a classical reference, right?

So, if you could understand the singer there might be some penetrating political and social insight going on.

They are however a very efficient rock band with a reckless guitarist who commands attention every time he gets a chance.

A British band of five angry young men -- only one a fully-fledged skinhead -- who exploded out of Teeside but recorded this, their sole album, in Cleveland and broke up before it was released.

So that make this a rarity but hardly unique in the flat-tack, trashcore genre or particularly insightful beyond the cliches: “it's no fun to fuck with war, we don't care if you end up dead” on Judge of Death.

I bought this ($5?) on the basis of it being so obvious from the band's name to the song titles: Apolcalypso, To Die is Not Enough, Death Charge, Brainslam, Testament of Lies, No Good Evil . . .

And that's just the first side, I never got around to the pleasures of Aggressor of Pain, Violence, Evil Dead etc on the second side.

Although one day I will make time to hear the final song which just went to show how angry these young people were: Kill the Lollipop Lady. 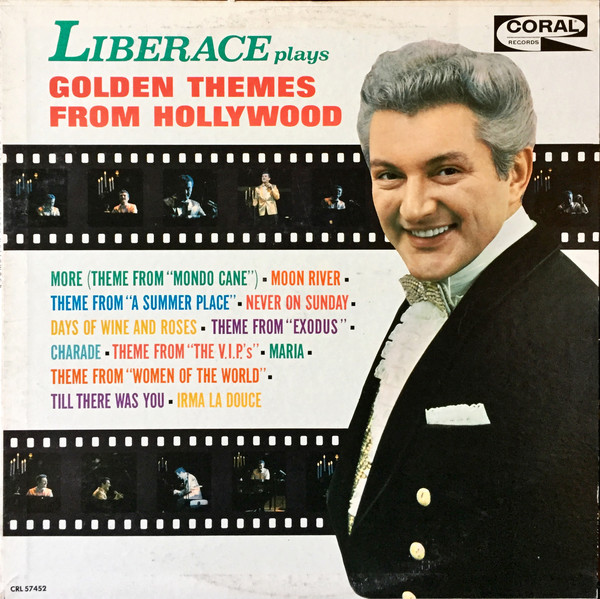 And he does in that somewhat ham-fisted, over-embellished way he had . . . but there are some terrific tunes here like More (from Mondo Cane), the theme to that excellent Audrey Hepburn/Gregory Peck thriller Charade (Hitchcock by any other name), the themes from Exodus, A Summer Place and Never on a Sunday, Maria from West Side Story, the always gorgeous Moon River . . . Most of which he spoils completely.

Nice and unexpected boogie-woogie on Women of the World however!

When you've had your fill of Ardkore however, this is where you go for romance and pink chintzy music. 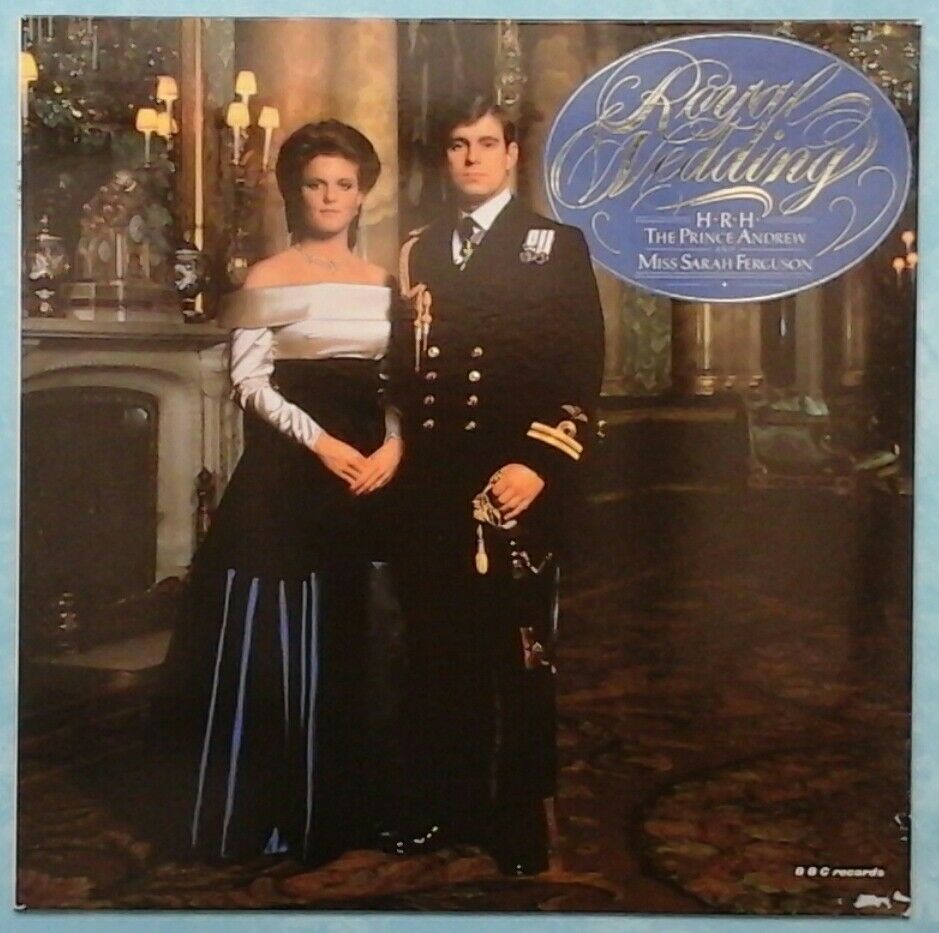 Still in the mood for romance and being swept away post-Liberace?

Although I have absolutely no interest in the British royals – aside from watching The Crown and the hilarious parody The Windsors with the brilliant Harry Enfield – I do have a number of albums like this: the Charles'n'Di one, the balding guy married to the leggy brunette, an album of the Queen's life from “Childhood to the Throne” and so on.

They have all been dirt cheap and I expect will soar in value when the monarchy is rendered redundant.

This one has the whole thing from fanfare and bridal procession though hymns and Biblical readings to Mozart while the happy couple sign the register and then “Departure from Westminster Abbey”.

A concept album I guess.

Never listened to it, I think you had to be there. 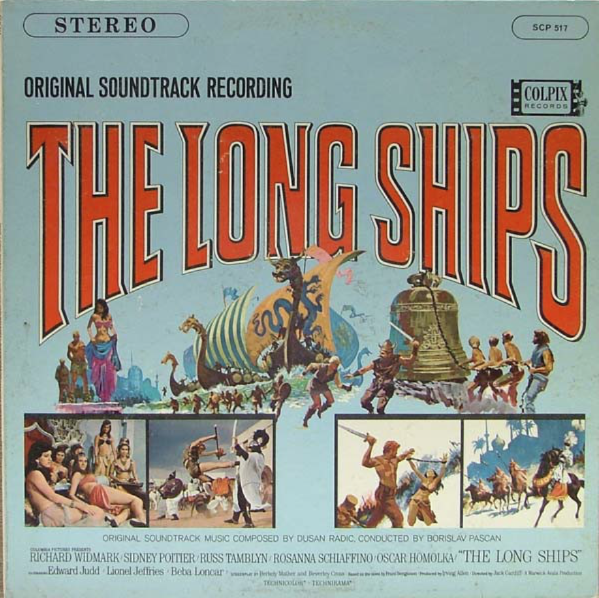 There are sheiks (yes, the Vikings got around), a big golden bell (which somehow, despite its weight, floats), a slide of death down a massive blade (the famous “mare of steel”!) and lots of Scandi carousing.

It must have been an expensive production – a six month shoot for which they built a Viking village and long ships – and they didn't spare the money when it came to the soundtrack either: composer Radic and conductor Pascan had a 65-piece orchestra at their command.

It is stirring, rambunctious stuff of course with some exotic Moroccan elements (that's where the bell is) . . . but of course you need to see the film to fully appreciate it.

And you really should. Widmark as the shipwrecked Rolfe escapes the clutches on the mean moor Aly Mansuh (Poitier) and, I swear this true . . . he swims back home . . . from North Africa to somewhere in Scandinavia?