As regular readers will know this column happens when I pull an album off the shelf at random and sit down to give it some consideration. It's in the random nature that sometimes it might be an album by a major name (sometimes a lesser album by them, of course), an oddity or a rarity. And then there are albums like . . . well, this one by Burn Your Bridges (Chris and Bob apparently) out... > Read more

Always Been a Good Boy 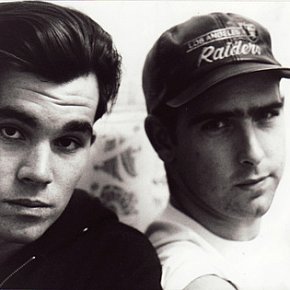 Every now and again tribes face off on the field of battle to establish supremacy, or at least to stake their claim on the ground. Turntablists Vs guitar bands; rappers Vs singers; home-recording electronica boffins Vs those slugging it out in clubs and pubs; punks Vs just about everyone . . . When hip-hop arrived there was considerable resistance from mainstream rock artists and... > Read more 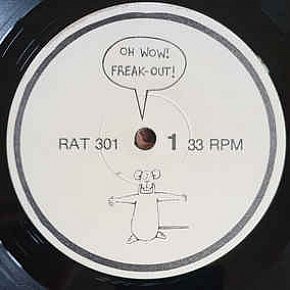 For many New Zealand artists the Eighties was the decade of EPs, cassettes and compilations. EPs were manageable if you only had a few songs you'd polished up, while tapes allowed more free range. But compilations could be pulled together quickly by someone else and getting your song on one meant you were sometimes rubbing shoulders with fellow travelers or even those you respected. And... > Read more

Love in Vein by Armalite Hour (recorded from vinyl) 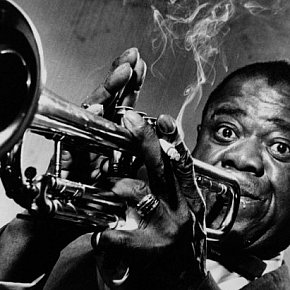 Surprisingly, it's quite easy to get people under 30 interested in Louis Armstrong. Because they know nothing or very little about him beyond the name and that he was famous. For some reason. “Jazz, maybe?” Young people – unlike those a few decades older – aren't weighed down by the cliched images of Armstrong mugging around and, to some observers, looking... > Read more It wasn't until some time later when my mum said, “Oh, I remember her” that I realised Petula Clark wasn't just another Cilla, Lulu, Sandie or Marianne. At the time – the mid/late Sixties – information on pop artists wasn't easy to find. I relied on the excellent Rave and the girl's teen-magazine Jackie (interesting girl-loves-handsome boy graphic stories... > Read more Dating from the time when Sri Chinmoy followers took on the prefix name he gave them (Mahavishnu John McLaughlin, Narada Michael Walden), this double album (about 15 minutes each side to preserve the recording quality) found the guitar master with his dream band, among them – on various tracks – saxophonist Wayne Shorter, drummer Tony Williams, keyboard player Herbie Hancock... > Read more Before Ry Cooder "discovered" Cuban music for a mainstream audience with the Buena Vista Social Club (album/tour/film) there was cajun which was enormously popular for a while and artists like BeauSoleil, Wayne Toups (who came the New Zealand), Jo-El Sonnier and other became well known. An off-shoot of the cajun connection was zydeco which also emerged out of Louisiana. Like... > Read more 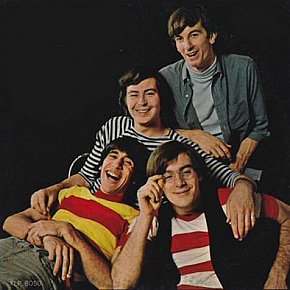 Many bands of the Sixties whose hits have endured had remarkably short lives, far more brief than their legacy might suggest. When previously writing about The Mamas and The Papas we noted that their career with the seminal line-up lasted only 20 months, but in that time they had half a dozen hit singles. And when this collection of hits by The Lovin' Spoonful came to... > Read more The first gobs of British punk in 1976-77 were mostly short, sharp, angry and anti-establishment (and sometimes anti-social) songs which made a virtue of energy over accomplishment. But that was necessary to kick down the doors and walls of the music establishment, although the scorched earth policy some advocated didn't quite match up with the ethos. These days an over-riding... > Read more In the almost five decades since I bought this triple album by jazz composer/ keyboard player Carla Bley, lyric writer/conceptualist Paul Haines and Bley's Jazz Composer's Orchestra, I must have pulled it off the shelf at least half a dozen times. And never got as far as side five. This is a monster with a cast of dozens: Roswell Rudd, Gato Barbieri, Charlie Haden, Don Cherry, Jeanne... > Read more 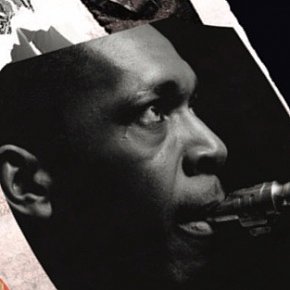 It should be accepted without question that half a dozen John Coltrane albums – the list usually starting with A Love Supreme (1964) – belong in any serious jazz, or even general music, collection. If the majestic spirituality of A Love Supreme is someone's first taste of Coltrane they would most likely want to hear more from this giant of jazz who... > Read more 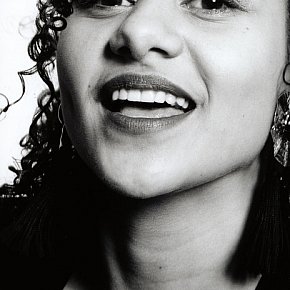 NGAIRE: NGAIRE, CONSIDERED (1991): When the singles have gone

Ngaire Fuata was a brief but bright comet across New Zealand radio in the early Nineties, as much on the strength of some canny song choices by her producers as for her gently soulful voice. Her producers (and sometimes songwriters) were Simon Lynch and Tony T (Tony Nogotautama) who recorded this sole Ngaire album at the Lab in Auckland. Their funky and percussive programmed rhythms... > Read more

The shorthand for the Rolling Stones' recording career before Exile on Main Street is usually reduced – even by Stones' fans – to something like this: some blues and r'n'b covers albums with a few originals thrown in, Aftermath in '66 where they wrote everything themselves and so is a classic (it's not, it's flawed like most Stones' albums), the substandard foray into Pepper-style... > Read more Falling between his innovative mash-up/mix-up Wise Up Ghost with the hip-hop group The Roots (and don't call it self-sampling) and his latest Hey Clockface with its spoken word passages, Middle Eastern allusions, a French ensemble and guitarist Nels Cline, this very recent double vinyl acquisition – pulled from the shelves at random -- found Costello back with his longtime... > Read more

Burnt Sugar is so Bitter 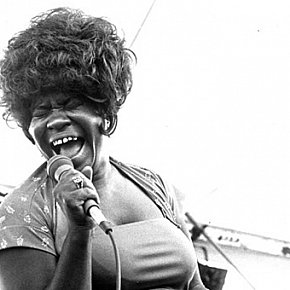 The story of the great Koko Taylor – the “Queen of the Blues” who died in 2009, age 80 – is also the story of the blues: born poor in the South, migrated to the North and when in Chicago plugged in and got rowdy. Taylor who arrived in Chicago when she was 18, as she told Elsewhere in a wide-ranging interview in 1988, was spotted by Willie Dixon and she cut her... > Read more In those distant decades when vinyl was the only serious audio option, record companies large and small would often put out a budget-price compilation/sampler with a track each from their recent albums as a hook to get listeners into their artists. If the label had a kind of over-riding ethos – heavy prog for Vertigo, punky pop for Stiff – then the compilations had some kind of... > Read more In 2009 when an American journalist wrote about corruption and bad practices in the music industry he was surprised that one of the feedback letters came from a Grammy-nominated songwriter who had penned a swag of hits, Heaven is a Place on Earth for Belinda Carlisle among them. The letter writer was singer-songwriter Ellen Shipley who first came to attention three decades previous with... > Read more When the much respected jazz writer Gene Lees asked the great baritone saxophonist Gerry Mulligan if he had any comments he'd like to make for the liner notes to this album Mulligan said, “No. I don't think so”. “I said what I have to say in the music. All I can tell you is to have fun writing [the liner notes]. “We sure had fun playing.” But did they... > Read more The recording is of ridiculously low quality – just a reel-to-reel tape set up on table in a club with a single microphone pointed at the stage – and there has always been some debate about whether it was legal to release it given the band onstage was already signed to a British label. But Ted “King Size” Taylor – who made the recording over a few hours... > Read more While there is no such thing as a “lost album” by Bob Dylan, if Planet Waves in 1974 hadn't included the enduring and sentimental Forever Young, it might qualify. Falling between the folk-country New Morning and the Famous return To Form that was Blood on the Tracks, the water around Planet Waves was muddied by Dylan's departure from his longtime label Columbia for David... > Read more