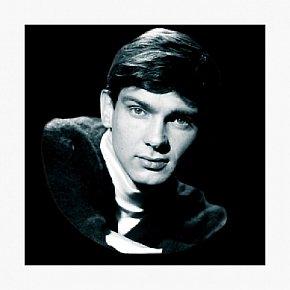 Although the British Invasion in 1964-65 severely damaged the careers of many US artists – pretty-boy male singers most notably – a few survived the incursions. And in the case of Gene Pitney, paths sometimes crossed. Before the Beatles appeared on the Ed Sullivan Show in February '64, Pitney from Connecticut had scored major hits with aching songs like A... > Read more 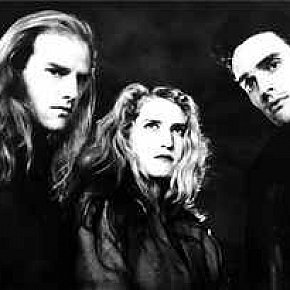 If there is any consensus about this American trio from LA – and believe me you search in vain for even just a few references to them – it was that they were ahead of their time. But that's actually the opinion of their drummer Tim Freund. He also said he couldn't understand why the band didn't make it adding “just goes to show even Clive Davis blows it... > Read more 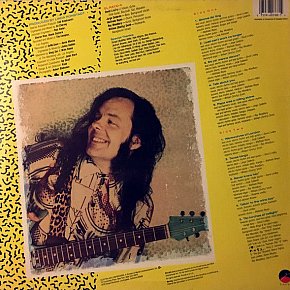 Without going the whole Buble/Christmas album route, there is some music which is seasonal. And the Caribbean/Chicano/Louisiana warmth coming off this album by multi-instrumentalist and Ry Cooder-pal David Lindley is certainly one for summer listening. The album was produced by Linda Ronstadt who, along with Jackson Browne, adds backing vocals on one track: the delightful treatment of... > Read more When the New Zealand Herald wrote about this independent album of female artists released by the Web Women's Collective – which included the Topp Twins, Mahina Tocker, Di Cadwallader, Val Murphy and others – the article appeared on the Mainly Women page. To be fair to the Herald, it didn't have entertainment or album review pages at the time and so at least it did cover this... > Read more 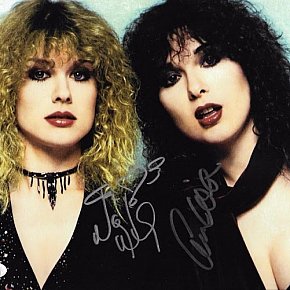 In 1997 when Rolling Stone had a substantial Women of Rock issue, they paid scant attention to Heart, just half a dozen sentences. Admittedly their best days seemed to be behind them, but with six multi-platinum albums to that point they certainly deserved more space than Yoko Ono whose contribution to “rock” was marginal. Yet she scored twice as much space as the Wilson sisters... > Read more In the early Eighties reggae was reeling after the death of Bob Marley, the figurehead of style he popularised and, for the great middle-ground audience, was the genre's most identifiable figure. But when reggae had broken in the early Seventies on the back of Marley and the Wailers' upward trajectory, it was apparent to close observers that the tiny island of Jamaica was awash with talent:... > Read more First of all, you have to remember the period in which this album by saxophonist Oliver Lake arrived: Wynton Marsalis was making his career run on the back of his neo-conservative stance (hailing Ellington and early Miles, dismissing post-bop, fusion and free jazz etc) and in his corner he had the bullish critic and cheerleader Stanley Crouch. Marsalis being articulate, sharp, handsome and... > Read more By the time Scotland's Beta Band got to their self-titled debut album in '99, many writers and fans felt they had already done their best work. It has been on three separate EPs – Champion Versions ('97), The Patty Patty Sound and Los Amigos Del Beta Bandidos (both '98) – which had enjoyed such a cult following that they were repacked as The 3 EPs which took their slacker... > Read more Although we are right to celebrate our musical pioneers and predecessors, there is serious danger of falling into the myth of exceptionalism, the belief that New Zealand artists were all pretty great and those obscure albums being resurrected from secondhand stores are lost works of art. Well let's be frank, some artists were mediocre and very few albums from the Sixties particularly... > Read more 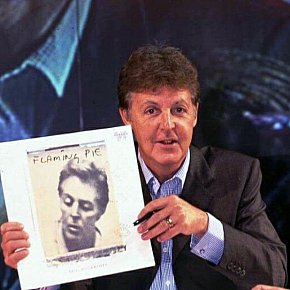 The Eighties was a tough decade for many who had come to attention in the Sixties: any Best of 80s Bob Dylan compilation is scraping around; singers like Dusty Springfield, Cilla Black and Dionne Warwick all but disappeared for a while; Van Morrison's album were patchy, the Stones recycled themselves to lesser effect and most people couldn't name a Kinks album in the Eighties. And what of... > Read more 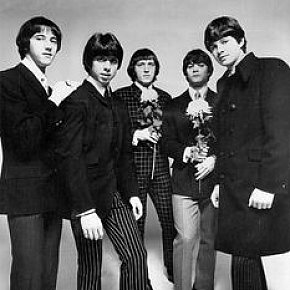 With their ever-so British name, Carnaby St attire and fashionably Beatles-style hair – not to mention their upbeat pop – the Buckinghams should have been contenders in the mid-late Sixties. And in a modest way they were: they enjoyed two top 20 hits here (Kind of a Drag in '67, Susan the following year) and five in the US (those two, plus Don't You Care, Mercy Mercy Mercy and... > Read more

If a supergroup is made of people who have had acclaimed prior form, what do we call a group which did nothing at the time but whose members went on to bigger and better things? Is that like a preparatorygroup? We've encountered their likes before in bands such as the Funky Kings, but Rhinoceros out of LA also have an interesting second-tier backstory – a kind of... > Read more 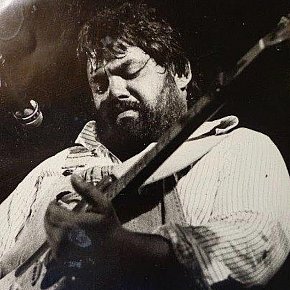 The solo debut album by Lowell George of Little Feat was a long time coming. So long in fact that in the time he saw the unsigned Rickie Lee Jones perform her song Easy Money in an LA club and, with her permission, recorded it for his album she – with his help – got signed to his label Warners, recorded and released her massive-selling debut album. Her version of Easy... > Read more 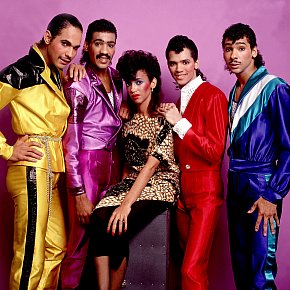 In this on-going series of articles about albums randomly pulled off the Elsewhere shelves for consideration, they've all made sense and have a memory/backstory somewhere. Except, so far, this one. In a Special Way on Motown by the dance/disco r'n'b-cum-ballad band from Detroit is a mystery to me: I have no idea why I have it or where I got it from. It is in mint condition... > Read more 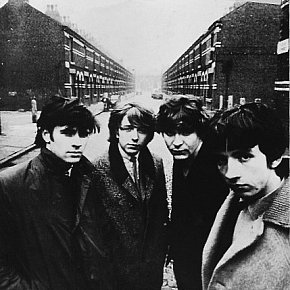 Across a number of illustrated articles, Elsewhere has shown how Beatles' album covers became so iconic that they would be copied, parodied and paid earnest homage to. If their debut Please Please Me caused no visual ripples at the time (although it did subsequently), With the Beatles of 1963 was a real game-changer. By this time they were Enormously Famous in Britain (America would... > Read more In the early Eighties the great American jazz labels like Columbia/CBS and Verve were struggling: at CBS Miles Davis wasn't selling and Wynton Marsalis was only just starting his career; Verve was undergoing constant business and takeover issues to its detriment. In Europe however ECM was flourishing, recording the kind of jazz which appealed to a young, educated, white audiences and... > Read more In the slipstream of their success with London Calling, while battling with CBS, changing managers and wresting scattershot material for what would become their triple album Sandinista!, the Clash still found time for other projects. Among them they helped out their friends Pearl Harbor and Mikey Dread on their albums, and most notably were all over Spirit of St Louis, the second album by... > Read more 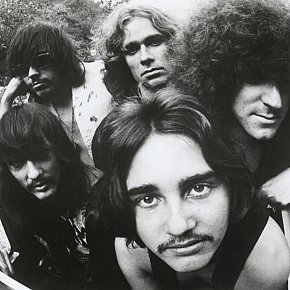 Of the very few people I know who have Steppenwolf albums, none have any other than the three I have owned: their self-titled debut (which featured Sookie Sookie, Born to be Wild and The Pusher); The Second (which included Magic Carpet Ride) and this, their first live album, which was a double of course and had all those hits, most of them stretched out a bit. No one seemed to have their... > Read more 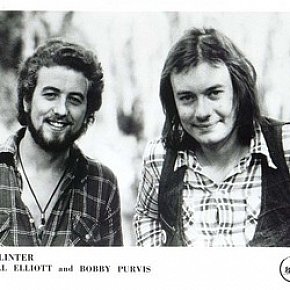 As with the ill-fated Badfinger, the duo of Bill Elliott and Bobby Purvis – known as Splinter – enjoyed the patronage of various Beatles, in their case particularly George Harrison. And like Badfinger, they were spotted by Beatles factotum and friend Mal Evans who brought them to Harrison's attention in the wake of the Beatles' break-up and trouble with Apple. By the early... > Read more 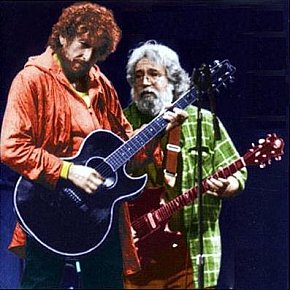 By critical and popular consensus, when Bob Dylan teamed up with the Grateful Dead for a tour in the late Eighties it was a terrible mismatch and out of it came the live album Dylan and the Dead, widely considered among the worst – if not the worst – album of Dylan's career. Given their collective memories of music from before rock'n'roll (country, bluegrass and so on) and a... > Read more