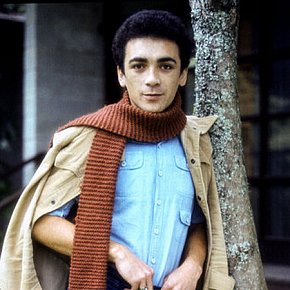 A bit later in life Mark Williams, originally from near Dargaville, could accept that the way he dressed – feminine clothes he'd made himself, eye-liner and make-up beneath a teased Afro bouffant – “almost looked like drag". "It was drag actually”. But that was later. At the time in the early Seventies when he started having hits, was on TV and... > Read more 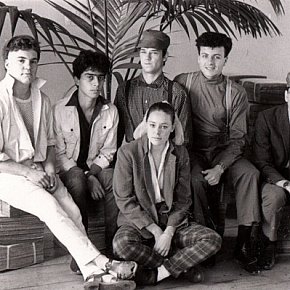 Auckland's Unsung label, on which this album appeared, had previously released adventurous, category-defying and often very interesting left-field albums by Big Sideways and Avant Garage, and the 3 Voices album. The first two of those were loose ensembles which included musicians from classical, jazz, blues and rock backgrounds (and futures). 3 Voices was saxophonist David Bowater... > Read more 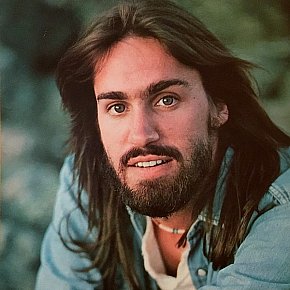 Even after a long lifetime of following music – often down blind alleys or into unnerving places – it always surprises me how many albums, artists and genres went past me. I got the whole Kraftwerk, Can, Neu! and Popul Vuh thing with diversions into Cluster and so on – but Sparks and Yellow Magic Orchestra went right on by. I have more albums by Supertramp, who I don't... > Read more 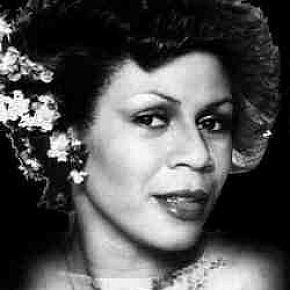 When Minnie Riperton died in 1979 many were shocked, and not just that she should be taken so young at 31. Nor was it that she looked so full of cheeky life on the cover of her hit album Perfect Angel which contained the extraordinary single Lovin' You. It was that she died of breast cancer which was probably the first time many of her young soul/r'n'b followers had encountered that.... > Read more 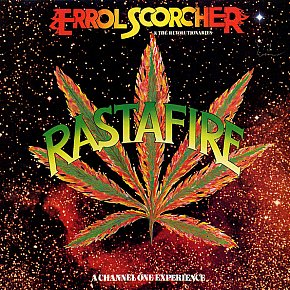 Jamaican DJ Errol Scorcher (born Errol Archer in the parish of St Catherine in 1956) wasn't much known outside of the hardcore reggae audience in the world beyond his homeland. However back in JA he enjoyed a number of hits and was a staple on the sound systems. But although his song Peace Truce celebrated the stand down between political rivals which lead to the famous One Love Peace... > Read more 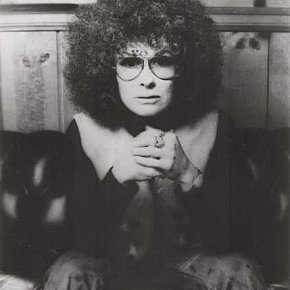 Any number of women artist from the Sixties and Seventies – Vashti Bunyan, PP Arnold, Doris Troy and others – have undergone a career revival or rediscovery in recent years. But Dory Previn – who died in 2012 aged 86 – still seems to be overlooked. Could it be because she wrote lyrics which even by today's hip-hop and r'n'b standards would be considered... > Read more 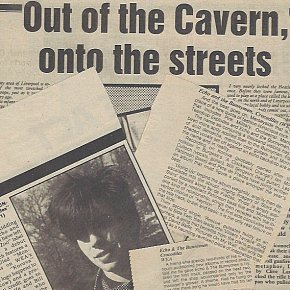 Almost 20 years after the Beatles brought the spotlight and microphones to their hometown, Liverpool was once again the sight-lines of the music world. A 1980 UK compilation of Northern bands, Hicks From the Sticks, singled out Nightmares on Wax, Modern Eon and Wah! Heat from Liverpool. Of them Wah! Heat (subsequently Wah!, the Mighty Wah! And other variants) were the most... > Read more 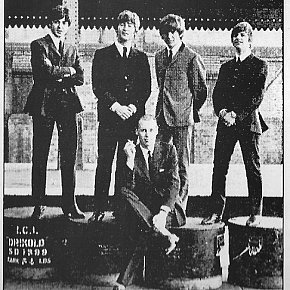 It can't be denied that George Martin was indispensable to the Beatles in the studio for his arranging, orchestration and playing skills. It's hard to imagine if we'd ever have heard Yesterday, In My Life, Eleanor Rigby, Strawberry Fields Forever, I am the Walrus and many other classics in the same manner if it hadn't been for his input. His pre-Beatle work with sound and tape effects for... > Read more 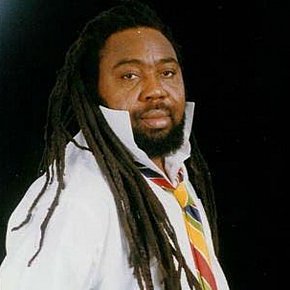 Known as the Nigerian rub-a-dub master, Ras Kimono -- sometimes Raz Kimono -- came to attention in reggae circles with his first two albums Under Pressure (1988) and this follow-up two years later. Distributed by PolyGram meant that he got more of a foothold than many African reggae artists and his likable boasting on Rub-A-Dub Master on this album became his signature, following Rum-Bar... > Read more 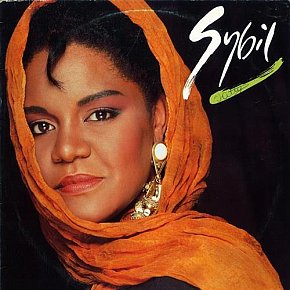 Pulling this album off the shelves at random has been an education. It is beautifully unplayed and of course there is no rational explanation for how it came to be on the sagging shelves at Elsewhere. But perhaps here might be an answer. This US r'n'b singer might not have done any serious chart damage in her homeland or the UK with this second album (#75 in the US, #21 in Britain) but... > Read more 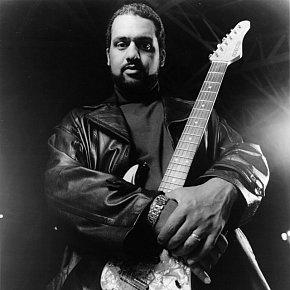 In an interview with Elsewhere some years ago, Vernon Reid of the seminal black rock band Living Colour observed that once they got through the door of the hierarchy of the white rock critical community the access for other black rock bands slammed shut behind them. It was like, “We'll we've got our black rock band, why would we need another?” Something similar happened in... > Read more 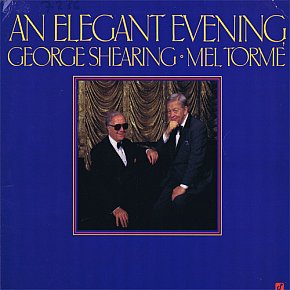 In 1988 pianist George Shearing and singer Mel Torme appeared at the New Zealand International Festival of the Arts in Wellington. As a journalist I was there to cover it and scored interviews with everyone from David Harrington of the Kronos Quartet and Wynton Marsalis (the former I went on the town with, the latter I guided around the Michael Fowler Centre where he was to play) to Maxim... > Read more 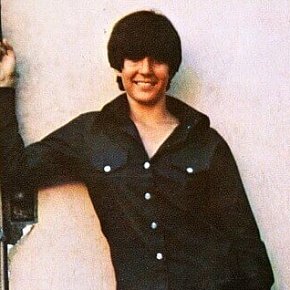 Some of the albums Elsewhere has pulled from the shelves at random for a consideration are a mystery: when, how – and often, why – was that acquired? However this oldie by a fascinating singer-songwriter does come with a backstory. It was a recent acquisition (2014) and I told the story of how it came to hand when I posted a track off it at From the Vaults shortly after.... > Read more 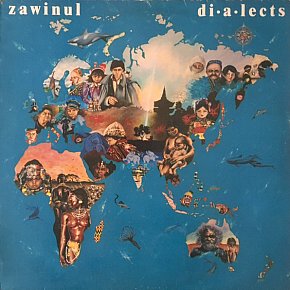 Keyboard player Joe Zawinul had recorded albums under his own name before this one, but the self-titled previous one had been in '71, 15 years back. In the interim he'd sprung to forefront of attention with Weather Report, the group he founded with saxophonist Wayne Shorter and bassist Miroslav Vitous which was not just in the vanguard of jazz-fusion in the Seventies but for many the... > Read more 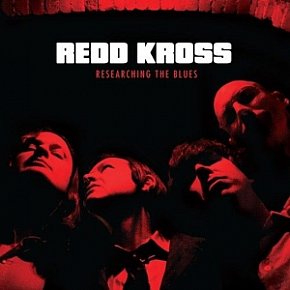 There are always those artists you hold an unnatural affection for: Elsewhere's list includes Pere Ubu, the Dwight Twilley Band, the Unforgiven, Bob Seger (before he went soft), the Rolling Stones (in the Sixties), the Chills and Clean . . . And Redd Kross out of California who managed to weld power pop to indie-rock, like the Searchers or the Shoes on speed, urgency and the knowledge... > Read more 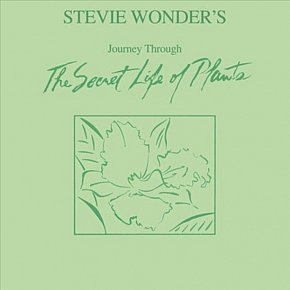 Every now and again a book comes along and captures the imagination of many. Recently there has been the Oprah-approved The Secret and Eat Pray Love (“Now a major motion picture starring Julia Roberts!”). The late Sixties and Seventies seemed awash with popular books passed hand-to-hand: anything by Carlos Castaneda (drugs and enlightenment, man), Chariots of the Gods... > Read more 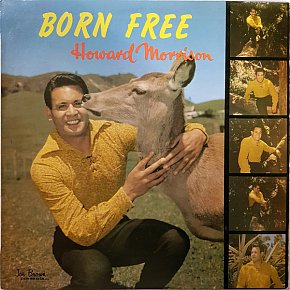 There could be no greater proof of the random nature of Elsewhere's The Album Considered pages than this one pulled off a shelf. Few in their right mind would want to play this ancient, MOR release by Howard Morrison let alone write about it. And even fewer would want to admit to having it. (Disclaimer: Mine was in a box of free-to-a-good-home records which included Graham Brazier,... > Read more 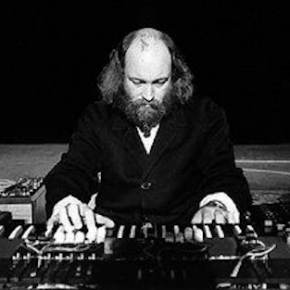 For most people, even if they haven't heard a note by him, their reference point for the career of Terry Riley is often distilled into just two words: In C. That was the title of his breakthrough, Sixties minimalist album (recorded for the first time in '68), a composition which allows for infinite flexibility. It has been performed by musicians from China and Mali, by Indian musicians... > Read more 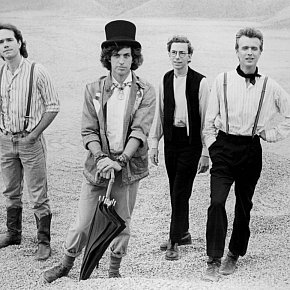 As we've noted previously, some of the albums puled off our shelves to consider are a mystery when it comes to why they were there in the first place. But how this album by a rock'n'roll band out of Kansas City, Missouri ended up in residence is easy to remember. It came my way just before Christmas 1987 – my first year as a writer at the Herald – and was a gift from my... > Read more 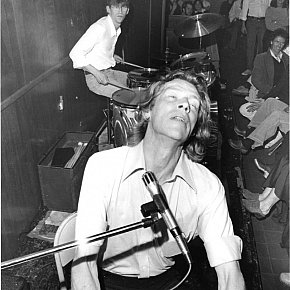 When Elsewhere pulls albums off the shelf to consider for this on-going column it is a random process. Sometimes they can be a forgotten classic, at other times pretty rubbish and then there are those where the question we ask ourselves, “How did I get this?” Our Album Considered pages have more than a few like the latter: albums that we didn't even know we had, and aren't sure... > Read more