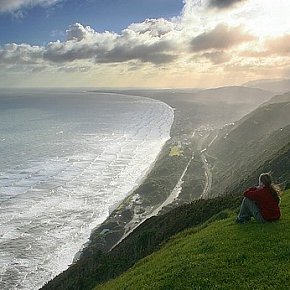 Paekakariki, a village of just over a thousand people north of Wellington, is one of those rare places that attracts the creative.  Like moths to the flame they come here -  painters, poets, actors and, perhaps most of all, musicians. One half of Rosy Tin Teacaddy lives across the fence, as does the bass player from The Black Seeds. The guy from Fat Freddy’s Drop and... > Read more 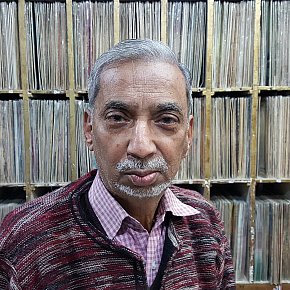 Returning from the success of last year’s incredible sell-out reopening of Auckland’s St James Theatre, A Weird Night Out is back. On Friday 8 July, the Weird Together collective continue their annual promise of transforming an unusual space into a totally unique party experience for one special night only. The Mahatma Gandhi Centre, centrally placed on Auckland’s... > Read more 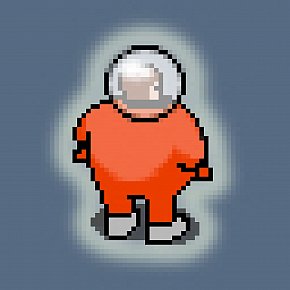 Elsewhere writes: When Gareth Thomas' delightful second album Fizzy Milk arrived we were immediately struck by the cover, and said as much in our review. And so smitten were we that we invited Thomas -- who has his own architectural and design practice -- to use Other Voices Other Rooms to showcase some of his design work relating to the album. This is what he says and what he has given... > Read more 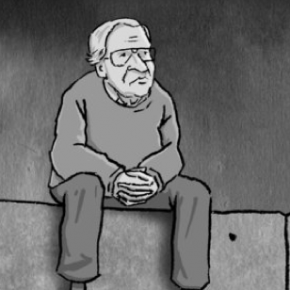 While the ongoing tragedy of the Israeli-Palestinian conflict provides the framework for Sarah Cordery’s highly accomplished Notes to Eternity, this intelligently conceived and skilfully constructed documentary isn’t so much an examination of the conflict (although it does offer an overview of the situation) as a philosophical meditation on why this appalling state of affairs... > Read more 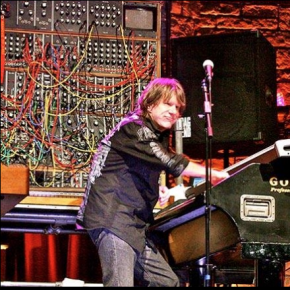 Keith Emerson's recent passing powerfully resonated with me – and not just the way he left in early‑March but, more reflectively -- on how that instrument he mastered and pioneered back in the early 1970's changed my sense of the world then. I still have the first Emerson Lake & Palmer recording on vinyl – a heavy beast it is – almost need a crane to load it on to... > Read more 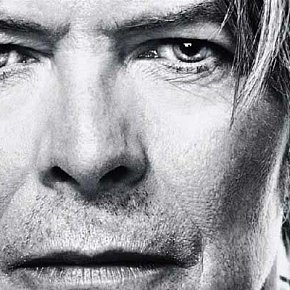 In the tidal wave of emotion that has swept the world since David Bowie’s death was announced, I have found my myself in a curious position: saluting a great artist who I never really got know, or cared enough about. Certainly I knew of his music and songs in the Seventies when many of my young druggie friends would turn up at my place and play them, but they were a good five to... > Read more 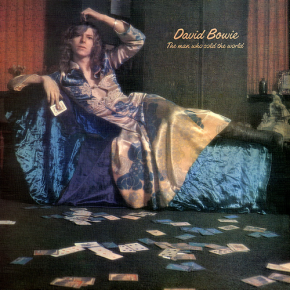 In a recent interview, Tony Visconti told of David Bowie’s Spiders from Mars drummer Woody Woodmansey's relentless enthusiasm and desire to bring Bowie’s The Man Who Sold the World album (1970) to a live audience. It would be difficult, especially for Bowie producer/bassist Visconti. He had to rehearse countless hours and get his fingers in shape to perform the... > Read more 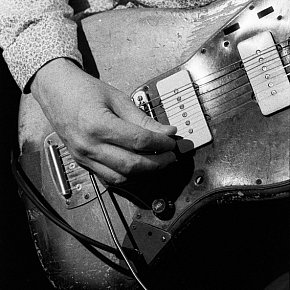 On January 17 1989, Sonic Youth played their first show in the southern hemisphere at the Powerstation in Auckland. I went along hoping to hear at least some songs from their earlier records, Sister and EVOL, both of which were favourites on Campus Radio BFM. But there were no old songs on the setlist. The band had moved on and they had a new record completed, but unreleased:... > Read more 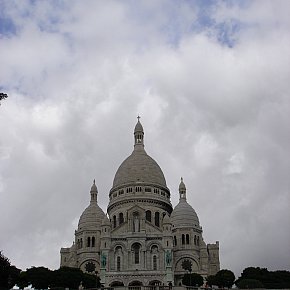 Yesterday began as a beautiful sunny day, with a cool and refreshing breeze. I caught up with friends back home in NZ, and in Denmark, and then headed off to lunch with my friend Sunila at Saravana Bhavan. (Yes, two Tamilians in Paris... where else would we go?) After lunch, we travelled to the centre of town and visited the Shakespeare Bookstore where I bought a novel by... > Read more 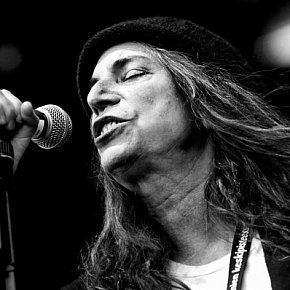 Jeez . . . "Do you know how to pony?"    We are here at the famous Beacon Theater in New York City, Patti Smith's adopted homeplace to find out. And the ghosts are all here too . . .  "White shining silver studs with their nose in flames . . . horses horses horses horses . . ." We knew this was greatness, before it could even be defined.... > Read more 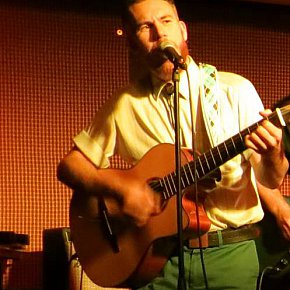 Last year I was fortunate to catch Bannerman playing in support of Tiny Ruins and doubly fortunate to catch them again in Berlin this year, headlining their own show. I thought they offered a very impressive set that included some new songs, as well as old favourites which they dedicated to regular fans of the band. Of course, it is some time since Bannerman (aka Richard Setford)... > Read more 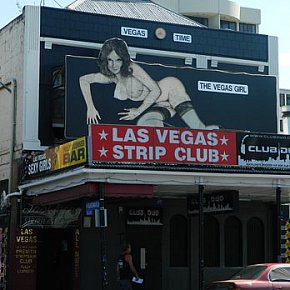 ‘K’Road’s colour under threat of whitewash,’ said the headline -- but the red lights are already turning off. The Pink Pussy Cat is now an immigration consultancy, the Pleasure Chest signs have been sold on trademe, and the bare-chested nymphette on the Vegas Girl building, who’s presided over the street since the Seventies is being retired. Saint... > Read more 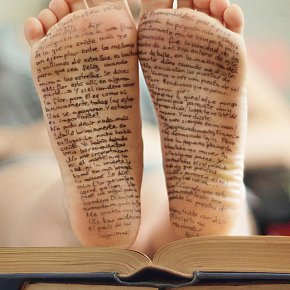 Wellington’s LitCrawl is controlled chaos. Over 80 writers, musicians, actors, scientists, journalists and artists will populate 15 venues over 3 hours for 15 unique literary-related sessions on Saturday 14 November. The point is to inject Wellington with the energy of audiences and writers colliding in a fast-paced format that celebrates writing when it’s off the page... > Read more

Rain, from Small Holes in the Silence 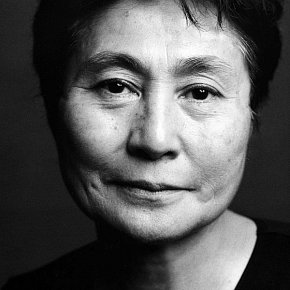 It is truly The Summer of Yoko in New York City. Yoko Ono One Woman Show at The Museum of Modern Art is in full bloom and she presented two delightful evenings of films and lectures in July, along with Morning Peace. And we were just treated to a couple of intimate and unique Plastic Ono Band concerts. We are starting to actually recognize the bottoms in Film No. 4, which again... > Read more 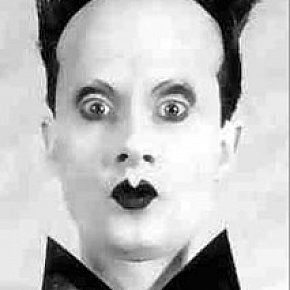 The transitional period between decades is always highly charged with the excitement of things to come, and nostalgia for an era coming to an end. The Seventies had their final burst of energy with Punk rock, but by 1979, the New Wave was already upon us. Simmering beneath the deliberate crudeness, realism and rage of Punk was a brightly coloured, cosmetic, futuristic fantasy world.... > Read more 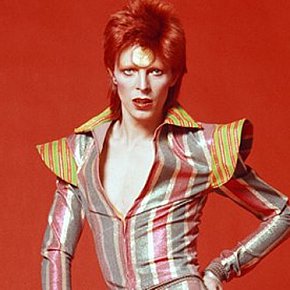 “Same old thing  In brand new drag  Comes sweeping into view  ” – David Bowie, Teenage Wildlife (1980) Time and again, David Bowie has confounded us with enigmatic acts of gender transgression. Those acts have been fuelled by a restless drive for recreation, often in the form of ambiguously-gendered personas, such as Ziggy Stardust and... > Read more 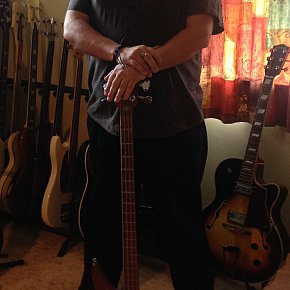 In the Eighties and Nineties there were two main camps of musicians in the Waikato. The “Originals” who wanted to only play their own material and who were happy to finance that dream through other means (ie day jobs); and the “Covers” who simply wanted to get out on stage and play, hopefully often enough to warrant giving up the day jobs and go “pro”.... > Read more 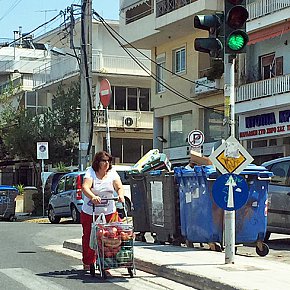 Julian Reid is a musician, graphic designer and photographer who has lived in London for over 10 years. This week he went to Athens on business. He reports that "it is a weird situation here. Sometimes it feels very nornal (apart from the large ATM queues). However last night we heard big protests. It seems it could get ugly." He offers a selection of street... > Read more 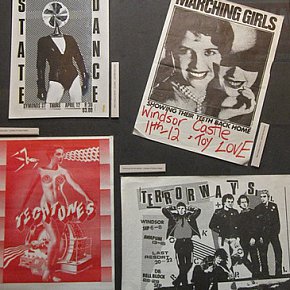 I was born in Grey Lynn, spent much of my boyhood in Ponsonby and following my high school years in Hamilton, returned to Auckland in the late Sixties. There was plenty going on around the city as one decade turned into the next and the lure of live music was ever-present. I did a little writing for various papers and magazines, mostly record and concert reviews, and made the rounds of... > Read more 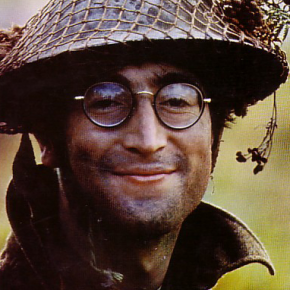 The backdrop of my film Living is Easy With Eyes Closed is 1960s Spain. A place full of contradictions, grey, under the control of an authoritative regime, a generation living with the fear of wars recently past and a younger generation that longed for social and moral freedoms. This contrast was particularly evident in the south, in places such as the very poor province... > Read more