It’s official: One Direction will be seen in cinemas again. The English boy group released a video message to Digital Spy announcing their new film, featuring footage from the San Siro Stadium in Milan. In their announcement, the boys say the film – entitled Where We Are; The Concert Film – was made for the fans who missed out on tickets to see them on their... > Read more 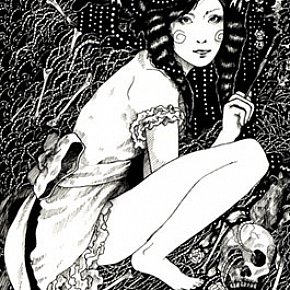 A Sunday morning 2012. My daughter’s waiting for her poached eggs, my fiancé is checking out travel deals on the net (a much promised, much delayed New Mexico holiday - making records ain't cheap!) and I’m sitting at the table picking on my acoustic guitar. My previous album Edge of the City with my band The Trains had been released a couple of months earlier. It was... > Read more

Cities in the Distance 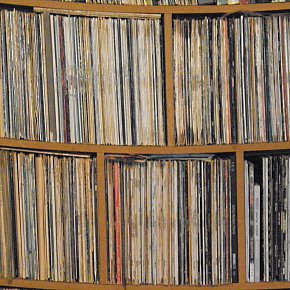 Responding to Elsewhere's recently posted all-inclusive Cornerstones collection -- 101 albums which could be the building blocks of a decent CD collection -- my 101 list includes all genres, it's just that the albums that I have never got sick of tend to lie outside popular music.  This is my cornerstone collection, the discs that have sustained me over the years.  As requested, I... > Read more In 1967 Aretha Franklin went from the sophisticated studios of New York to a backwater in Alabama and finally had the hit that made her career: I Never Loved a Man. Arriving at the studio, she was surprised to find her backing band was young white boys. Looking back, and speaking with a royal “we” befitting the Queen of Soul, she said, “We didn’t know... > Read more The forthcoming Rim Books publication of PhotoForum at 40: Counterculture, Clusters, and Debate in New Zealand will mark four decades since PhotoForum was founded. Perhaps the society no longer has the profile it enjoyed in its first 10 years, when it published a bi-monthly magazine, but PhotoForum is still going strong. There is a comprehensive website, frequent exhibitions, and... > Read more Some of the most interesting music has been immersed in the politics of its day. The attitudes of musicians are a reaction to the social, political and economic happenings that surround them. The Made in America festival – which played out over two nights in the Benjamin Franklin Parkway in Philadelphia on September 1 and 2 in 2012 – was designed to accommodate the... > Read more 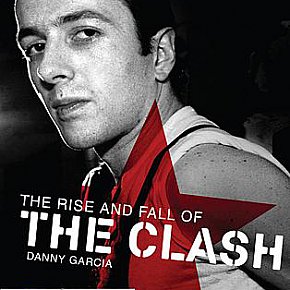 First, I should point out the Clash broke up before I was born and I'd not even heard much of them before I watched Danny Garcia’s film, The Rise and Fall of The Clash, at Elsewhere's invitation. Because of that I was confused for the better part of the 93 minutes duration. There were cuts from one idea to the other with the assumption the viewer had a clear understanding of the... > Read more In May 2013 we started recording our debut album ‘I Need Space. Now in May 2014 we get to release it to the public... finally. Let me start by saying this is one of the single hardest things we have done as a band; and ultimately the most rewarding. From writing and demoing 30 songs, to all five of us living in Brisbane in the one room for a month, to seeing it finished in... > Read more 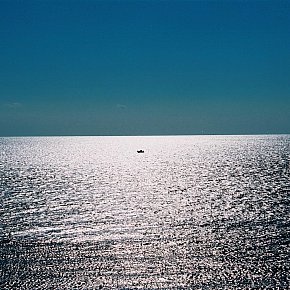 For a business built on drama, this year's Oscars were singularly undramatic to the point of being tediously predictable. By a combination of timing, networking, collective guilt and America's love of self as much as some kind of redemptive conclusion, the winner for best picture was always going to be 12 Years a Slave. But, as with Lincoln the previous year, this was a film... > Read more I first met Townes Van Zandt at Auckland airport in 1988. He and guitarist Mickey White were waiting on the pavement, Townes sitting on his suitcase and Mickey standing next to him. Even in that position Townes was taller than Mickey. Townes was an artist we always wanted to tour but were reluctant based on his hell raising reputation and legendary stimulant abuse. However he had... > Read more

If I Needed You 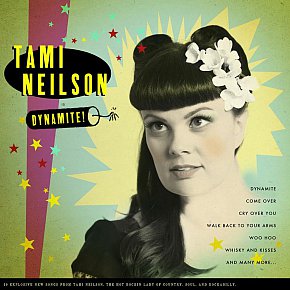 Tami Neilson and Delaney Davidson have long been Elsewhere favourites in the broad church that is alt.country (and often not so alt). They have won shelves of awards for their songwriting and albums, and even more critical accolades. Neilson's new album Dynamite! -- released today -- sees her co-writing on a number of songs with Davidson (who also produced the album) so we couldn't... > Read more 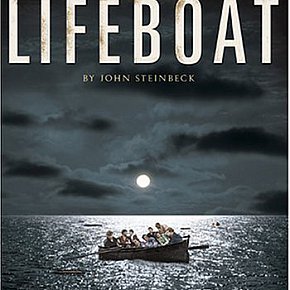 With the remarkable story of survival at sea by the Salvadoran fisherman Jose Alvarenga – more than a year in an open boat across the Pacific – the new Robert Redford film All is Lost could not be more timely. In it Redford plays an unnamed lone sailor whose yacht collides with a shipping container and he is adrift and sinking. Critics are hailing it as one of Redford's... > Read more 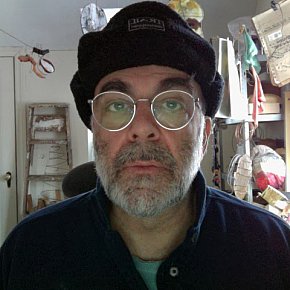 Having spent four decades being a singer in various bar bands, I am reinventing myself yet again – in my sixth decade on the planet – as a visual artist. Though some have suggested that I focus on one medium, I find myself constantly seeking new ways to 'spress myself, and wond'rin' why I should limit myself to one way. I am inspired by my inner muse (whose name... > Read more 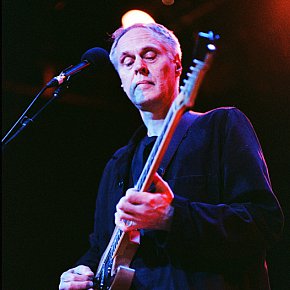 On Thursday October 24th 2013, Auckland's Powerstation hosted one of the most anticipated concerts in a long time. Especially for those who were there during that first flicker of punk and New Wave. The bill was New York's Television, and Australian Ed Kuepper (formerly of the Saints) opening with an acoustic set. The jury may be out on how good Television actually were, although few... > Read more Opening with a barrage of rapid-fire images of war, turmoil and protest, Chevolution is a documentary focusing on a single photograph. It examines how one image of a handsome revolutionary took on more significance and meaning than the photographer, or the subject, could have imagined. Alberto ‘Korda’ Díaz Gutiérrez was the Cuban photographer who shot many pictures of... > Read more 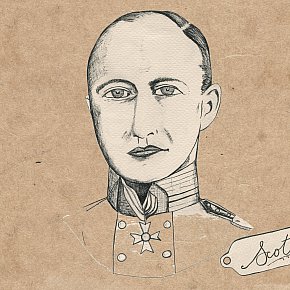 Imagine: you’re at a party, and you’re talking about whatever it is you like to talk about at parties – your children, probably, or how you don’t understand music or fashion or politics any more. . . And then some lanky unshaven lummox approaches your little circle and tells you that when Scott arrived at the South Pole 101 years ago, he already knew the race was... > Read more If you’re familiar with other books in Awa Press’s Ginger Series, you’ll be familiar with the ‘How to’ running motif. How to Look at a Painting, How to Gaze at the Southern Stars, How to Drink a Glass of Wine. These aren’t dummies’ guides or beginners’ textbooks. They are curious hybrids, partly autobiographical and partly tongue-in-cheek... > Read more It’s not until you’ve lain miserably ill in some far-off outpost of underdevelopment that you really appreciate Western standards of healthcare and hygiene. Lying in a fleabag hotel room in Kabul, Afghanistan many years ago, gasping with pain at every breath, I could only think of home, clean sheets and a convenient bathroom. It didn’t help that the hotel manager... > Read more In the late Seventies, like hordes of young Kiwis, I spent my OE in the UK. It was while waiting for a bus in the pouring rain, that I encountered a young punk walking along the street carrying a ghetto blaster on his shoulder that was pumping out a kind of music I had not heard before. I asked the young punk what it was, and he told me it was British rhythm and blues, and the band was... > Read more