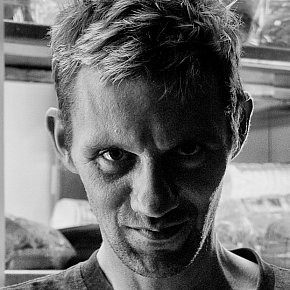 Julian Reid is a musician, graphic designer and photographer who has lived in London for 10 years. A sample of his downbeat/chill music is available for free download from Deep East Music here (go to downbeat/chill, the album is titled Dynamic Panoramic), and his website jlofi.com offers other examples of his photographic work. His YouTube channel features short films (here) and a... > Read more 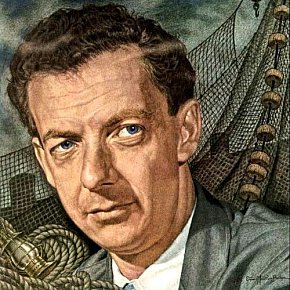 There's a wonderfully poignant tale about Benjamin Britten and (Sir) Michael Tippett. Britten, along with his long-time companion and inspiration Peter Pears, were both British pacifists and fled to America in early 1939. Upon their return in mid 1943, they met the composer Michael Tippett, a conscientious objector who, two weeks later, was sentenced to three months detention in... > Read more

The Prince of the Pagodas (extract only) 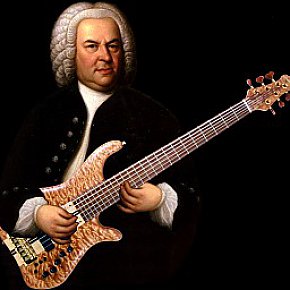 The history of music is the history of revolution. Sometimes the change is technological – the invention of the piano caused a massive upheaval in the way people wrote and played music and it changed the sensibilities of the 18th and 19th Century listening public. Similarly, the electric guitar and amp became the musical equivalent of the AK47 as rock’n’roll... > Read more 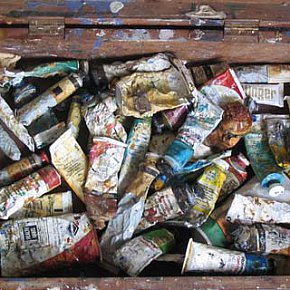 To be honest, I was very sceptical about the forthcoming documentary The Impressionists (Sky Arts Channel, Thur April 19, 8.30) I mean, the Impressionists – what don’t we already know?  We’ve got the apron, tea towel and placemats, and really, who by now hasn’t heard of them who’s interested in art? What’s more, the opening shot of the... > Read more 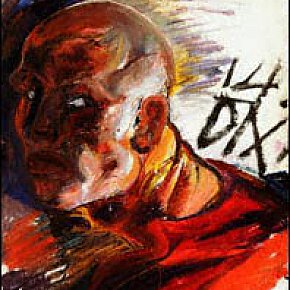 The paintings of Otto Dix are as unrelentingly abrasive as a mincing machine. It’s the kind of art you get when society is forced through a sieve then put under a microscope. It’s impossible to not be confronted by his work. In the documentary Ten Times Dix (Arts Channel, Thursday April 12, 8.30pm), we’re introduced to Otto by way of a short clip from an interview in... > Read more 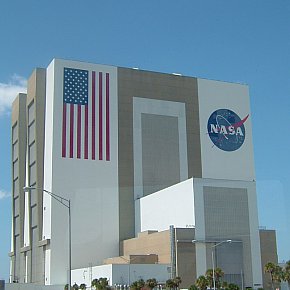 The day of the event, the transfer bus driver stops at his second scheduled pick up, but no one is there. However instead of promptly moving on, he swings himself down from driver’s seat, kicks the tyres and looks at his watch. After 10 minutes or so, he jumps back into his seat and, without a word of explanation, we rumble on to the next and last pick up. Here it becomes... > Read more 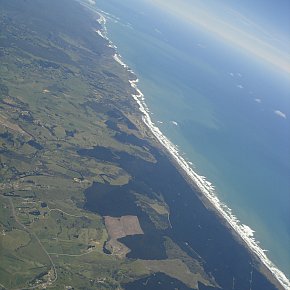 It really sneaks up on you, New Zealand.   I’ve travelled close to 30 hours to get here. On this final 4 hour leg, I watch a few M*A*S*H episodes as the expanse of ocean passes beneath me. Between each I check the progress map, as the impossibly not-to-scale plane edges closer and closer to the New Zealand shoreline. The flight tracking is so accurate that when the... > Read more 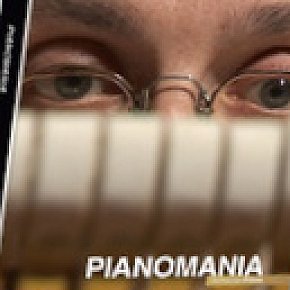 You would be forgiven for thinking that a film about piano tuning would be enough to test the stamina of even the most hardened cinephile, but despite the rarefied world in which Pianomania is set, the film is far from minimalist. Robert Cibis and Lilian Franck’s fine documentary about master piano technician Stefan Knupfer is one of the most lucid and engaging of documentaries,... > Read more 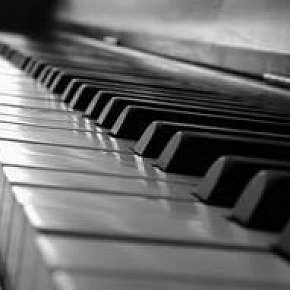 Sunday afternoon. And the prospect of reviewing four new CDs comprising of piano music by Saint-Saens and three other less familiar composers. An exciting prospect, but tempered by the thought that sometimes there's a reason why certain composers are less familiar, and that some pianists have been known to dredge out obscure music in order to have a point of difference and be noticed.... > Read more 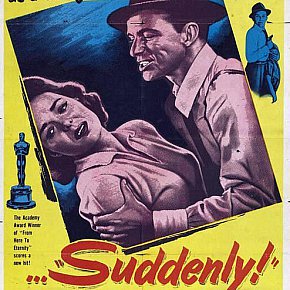 Suddenly is a Californian town where everybody knows everyone, it has been a “quiet day for the last 50 years” and words like shucks, swell and heck punctuate conversations. This setting for the 1954 B-grade thriller (directed by Lewis Allen) has, in retrospect, a corny naivety similar to Lumberton, David Lynch’s parody of small town Americana in Blue Velvet.... > Read more 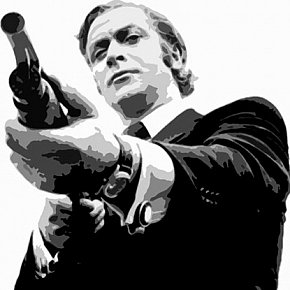 Get Carter (1971) is a British crime thriller, about gangsters, corruption and family loyalty, set against the grime of a declining Northern town. The film marked the directorial debut for Mike Hodges and stars Michael Caine as Jack Carter, a London gangster, who returns to his hometown Newcastle, to violently avenge the death of his brother Frank. Poking around in the criminal... > Read more 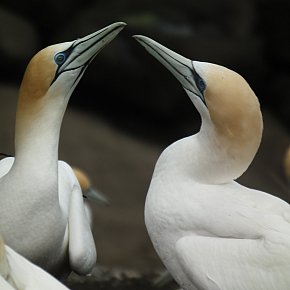 Everybody knows about the gannet colony at Cape Kidnappers: it’s famous for sure, but far from most urban centres and off the beaten tourist track. Not so, the less well-known colony at Muriwai Beach close to Auckland: it’s only 40 kms and 35 minutes from Queen Street. We discovered it at the tailfeather end of Northland round trip in December: from Devonport to Te... > Read more 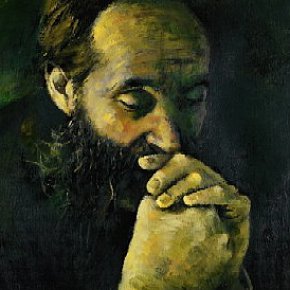 Some of the best pop music ever written sprang from the need to sing about the forbidden, particularly by dipping into that well-spring of denied human desire. In western culture, forbidden desire yielded pop classics such as Cyndi Lauper’s She Bop and Turning Japanese by the Vapours, songs that topped the pops despite their implied rude lyrical content. Behind the Iron... > Read more