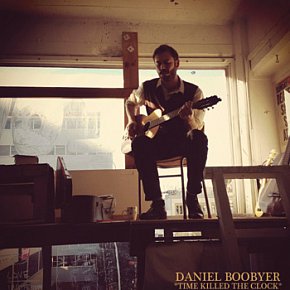 My new release Time Killed The Clock was sort of an unplanned birth. It mysteriously crept into existence with the first track of the same title being recorded on my trusty Pioneer cassette deck that was pulled from a skip several years ago - yes, I did say cassette. At the time I already had another album in the works to follow up my first release Dripping With (2010). This... > Read more Nunnally Johnson’s Cold War drama Night People (1954) opens with the words "Berlin Today" superimposed over a shot of the four flags of the city’s occupying forces. The French, British and American flags of the capitalist west stand together; the Soviet hammer and sickle stands alone smaller, less prominent, giving the bad guys of this film an unequal billing.... > Read more When New Zealand artist/photographer Angela Keoghan this week won the 2012 award for best album cover for her work on Bannerman's Dearly Departed (right), you looked again at it and realised how subtle and engaging it is. And of course she had previously done the artwork for his Dusty Dream Hole album the previous year, which had been a finalist in the same category. Keoghan's... > Read more The flawed and ultimately doomed genius Truman Capote once wrote, "When God hands you a gift, he also hands you a whip; and the whip is intended solely for self-flagellation". When we consider the nature of genius, it often seems to beat itself up up. Jack Kerouac, Jackson Pollock, Jim Morrison and others did it through belligerent alcoholism; Janis Joplin, Kurt Cobain, Amy... > Read more “White sand? Tick. Turquoise sea? Tick. Sunset cocktails? Yep.” That was the opening line of a travel newsletter that dropped into my inbox the other day. I wouldn’t have given it a second thought, except that I was part way through home & away, a new collection of award-winning Kiwi travel writing (New Holland $35). As a young travel writer still... > Read more What follows is Don McGlashan's speech at the Apra Silver Scroll Award in Auckland on September 13, 2012. We print it here with Don's permission and it's our privilege to do so, as much for its inspirational quality as its political truth. Welcome to another Silver Scrolls - the special night in the year where we celebrate music and the people who write it. I want to talk about... > Read more We’re two hours into what turns out to be a 24 hour road-trip, and already I’ve had beer, white rum, lemonade, orange juice and ice, either spilt or splashed over me, as refreshments get passed overhead to the five Metallers who have taken up occupancy of the rear seat. The bus loudly changes gear, momentarily drowning out the distorted sound of Slayer’s Reign In... > Read more How often do we go back to countries we have visited previously? Sometimes life is too short and money too tight, but my husband and I decided to go back to Malaysia recently and sample more variety after a visit to Kuala Lumpur a year ago. He had visited Langkawi and found it a pleasant laid back environment somewhat reminiscent of peaceful visits to Greek islands, with incredibly... > Read more “The stage is good . . . it’s part of my page”. Somewhere, in one of the many clips of Sam Hunt coming off stage that flicker through the DVD The Purple Balloon And Other Stories, a documentary about the man who must be New Zealand’s best-known poetic identity, the artist in focus comes out with this defining statement, implying to my ears at least that the... > Read more Robert Rossen’s tightly directed 1949 drama All The King’s Men is a story of the moral and political corruption of an honest hick swayed by an unchecked ego and greed for power. It is a dialogue-driven film with punchy lines that still sound sharp today, and it is shot in clearly defined black and white. Rossen also wrote the screenplay adapted from Robert Penn... > Read more Musical prejudice or snobbery is always with us. Fans are forever dismissing whole swathes of music for reasons that seem ephemeral. A common one is it's popular; another one is it’s old. The latter reason particularly grates. To dismiss as rubbish all music older than 10 or 20 years seems a tad rash when you consider that Neanderthal man carved flutes, oral tradition hands us... > Read more In those years between 1961 and '73 – when Grand Prix drivers “wore lucky charms instead of seat belts” – those behind the wheel seemed expendable. A conveyor belt of new talent signed up and was unleashed on circuits with little or no safety precautions. This was a terrifying era when the accepted face of Grand Prix racing was something we can barely comprehend... > Read more Situated in the basement of an office building in Tokyo's Ginza district, the critically-acclaimed restaurant Sushi Mizutani is a nine-seat sushi bar – a very simple room without fuss. The food experience is by far the most interesting I have had. And it was put further into context as I had eaten at The Waterside Inn, also a three Michelin star dining room in the village of Bray in... > Read more I’ll admit it right now, I’m a huge motor racing fan, but I can't stand Top Gear. Rare in this neck of the woods but . . . there you go. This might make the task of watching a documentary hosted by TG's Richard Hammond a less than appealing prospect but I have good news, Hammond offers a candid and fascinating insight into the effects of brain injury, focussing on his own... > Read more I blame my father for my addiction. Week in, week out, he dragged us kids along to Waikaraka Park Speedway for “Stockies” on a Saturday night during the Seventies. At first it wasn’t so bad, if you stood under the terraced seating on the back straight you could collect the discarded Coke bottles and take them to the food vans for the refund. By the end of the night... > Read more 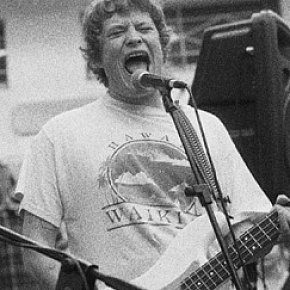 Between 1981 and 1991, photographer Jonathan Ganley was regularly taking photos of bands and gigs in Auckland. At first he concentrated on the big names of post-punk when they played here, such as the Clash, New Order, and The Fall, "and then I caught some of the first and second wave of Flying Nun throughout the rest of the Eighties". "It had to be... > Read more When Outside the Law (aka Hors-la-Loi) by the French/Algerian writer-director Rachid Bouchareb screened at Cannes in 2010 around 1200 people, revved up by a right wing politician, gathered to protest noisily. Interestingly, none of the protestors or the politician had seen the film before labeling it as anti-French and promoting terrorism. In a broad sweep of history, Outside the Law... > Read more I have lived through my first (and possibly last) Fugu experience. I managed to book two months in advance at Usukifugu Yamadaya, a famous three Michelin stars Fugu restaurant close to Rappongi in Tokyo. As is so often the case in Japan with expensive restaurants, it was very difficult to find (and I had a Japanese guide!). Up a residential driveway, out the back, round the... > Read more The 2009 documentary Wheedle's Groove chronicles the brief yet intense heyday of Seattle's soul music scene, which bubbled up and simmered down again within the space of a few short years, and then spent another 30 or so in hibernation. Ringing a familiar bell, Seattle's relative isolation from the USA's traditional social and cultural hot-spots is both a blessing and a curse. Throw in... > Read more I left New Zealand just over a year ago. Probably permanently. And as I suspect is the case for many expats, moving overseas became an opportunity for personal reinvention. Flying out of Auckland, I wasn’t going to Spain to reinvent myself. I was moving there with my Spanish wife, Yoly. But the temptation to start afresh is compelling. And moving so far from home is the ultimate... > Read more