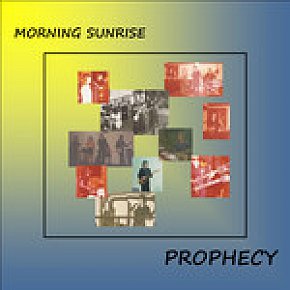 There wasn’t a lot to do for young teenagers in Morrinsville in the early Seventies. So Kim Murphy, Kevin Smith, another gal (Debbie) and I ended up forming our own little band. I think we – called Prophecy – had lofty dreams of being the next Abba. Debbie left quite early on and we called in a guitarist/vocalist, Murray Ferguson, whom I knew from Te Aroha. We... > Read more 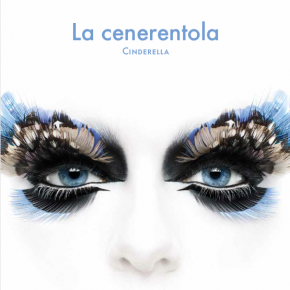 In his recent preview of La Cenerentola by NZ Opera, the Herald's William Dart noted the prolific composer Rossini could rewrite an aria in the time it would have taken him to retrieve the dropped original from the floor. It's not inconceivable to me he might have dashed off several variations of La Cenerentola – a version of the Cinderella story -- in a couple of hours, and... > Read more 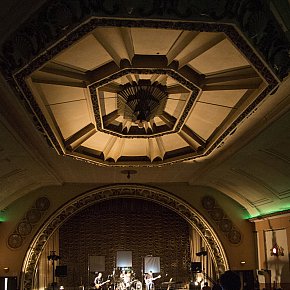 Some weeks ago when Elsewhere wrote about the singer-songwriter Jamie McDell's show at Auckland's Crystal Palace picture theatre, photographer Garry Brandon not only took the excellent shots of the performance but pointed his camera-eye at the cinema itself. The Crystal Palace is one of the last remaining suburban cinemas and has had a long history as a music venue. For many decades the... > Read more 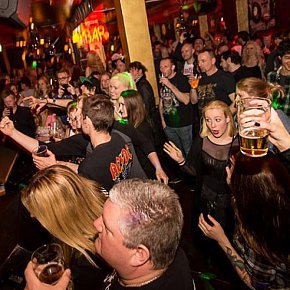 In 2012 I decided it was time for a massive change. I had spent so many years playing music in New Zealand and always seemed to get to the same place. Through all the touring and traveling with past bands the one thing I heard a lot was, “I like your music but you live on the other side of the world”. That always made it hard to break through. The one thing every... > Read more 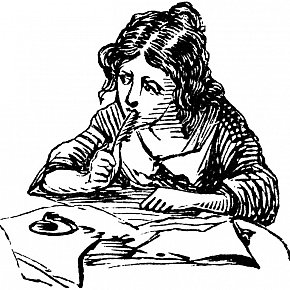 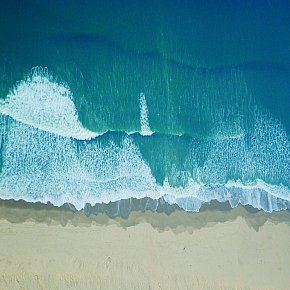 My earliest music memory is preparing for the primary school end of year concert with The Holy Faith nuns teaching us When Irish Eyes are Smiling. I was confused and a little ashamed when tears welled up in my own eyes as the melody went lilting round the hall. Music, it seemed,  had me at its mercy. The Marist Brothers took up my musical education as I moved into... > Read more 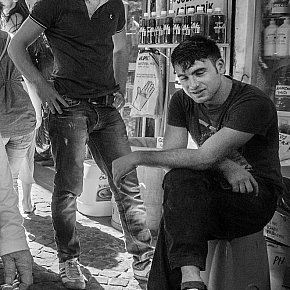 Last week Christchurch-based photographer Paul Daly of Nomadic Planet won the Cathay Pacific Travel Photographer of the Year award at the annual New Zealand TravCom awards for travel writers and photographers. Daly here shares a selection of his images from his portfolio of a country much in New Zealander's minds right now. For more on Paul Daly's work see his website here, or the... > Read more 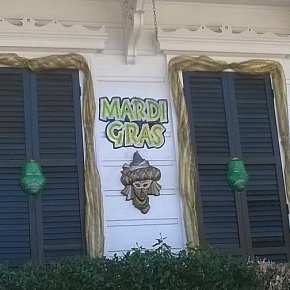 My wife and I flowed into New Orleans by way of a week-long stay-over in San Francisco. It was a good laxed-out hippie preparation for the weirdness of festival time around the 10th anniversary of the apocalyptic Hurricane Katrina.   We arrived early February with several parades already having gone the various street routes and a parade underway. Our Somalian taxi driver was irate... > Read more 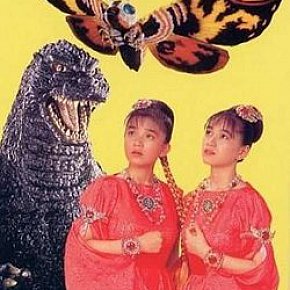 The Peanuts were one of Japan's first pop sensations, and the first to become well known internationally. Their career lasted from 1959-1975 and the diminutive duo comprised identical twin sisters Emi and Yumi Ito, born Hideyo and Tsukiko Ito on April 1, 1941 in Aichi prefecture. The twins were discovered by music impresario, and Watanabe Pro founder, Sho Watanabe. He first saw them... > Read more 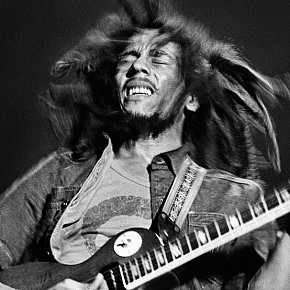 Of all the many historical figures in the 20th century regarded as forbearers of cultural revolution, Bob Marley is probably the most overlooked. While his unique brand of counterculture music and philosophy is certainly not forgotten (nor shall it ever be), a different set of associations with the man have long overshadowed the crux of what he stood for. Coming from Jamaica,... > Read more 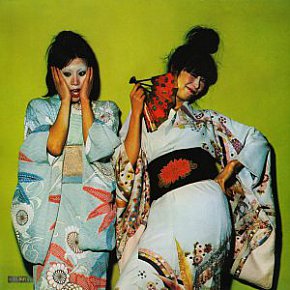 We have found the missing link between Sparks and Alvin & the Chipmunks! To some, the two groups are considered the most annoying of all time, but that’s not it. Come On-A My House was co-written by the man – and the actual voice – behind the vermin vocalists, Ross Bagdasarian (aka David Seville). But whereas the glamourised rats achieved vocal perfection... > Read more 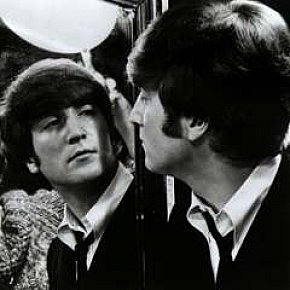 A Hard Day’s Night by the Beatles is a mono vision. When you put it on – while reading this article of course – make sure you put it on loud. The first thing you will realize is that John is listening to Elvis and Roy Orbison – and dreaming of writing love songs – for that is John’s greatest artistic triumph – the Libran tender pop love song... > Read more 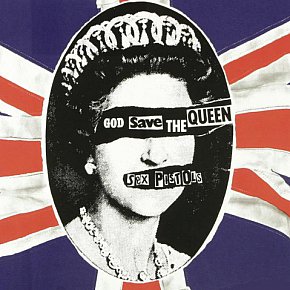 “Texts are worldly,” the literary theorist Edward Said wrote in '83, “[they are] a part of the social world, human life, and of course the historical moments in which they are located and interpreted”. Of all modern musical genres, it's undoubtedly punk music that exemplifies Said’s thesis that texts (in the broadest definition) are produced by and engage... > Read more

The Sound of the Suburbs 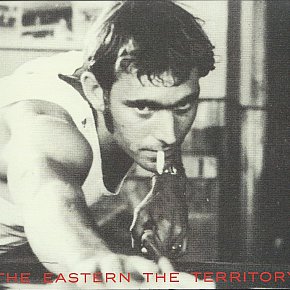 It'd be good to know exactly where it's at. I mean the what it is, the what it was and what it shall be, are hard enough but the elusive “where it's at” creates all kinds of troubling rumbles in the back of your brain. It feels like we've been looking for the illusive 'it' since we started this long ramble we call The Eastern. Sometimes it’s... > Read more 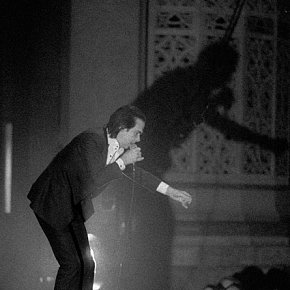 Auckland photographer Jonathan Ganley first photographed Nick Cave in 1983 at Mainstreet when Cave was with The Birthday Party. On the 30th anniversary of that show Elsewhere ran a photo essay by Ganley with his own recollections and those of others involved. So it seemed only fitting he should be there for Cave's appearance at the Civic on December 6, 2014. Ganley has written on... > Read more 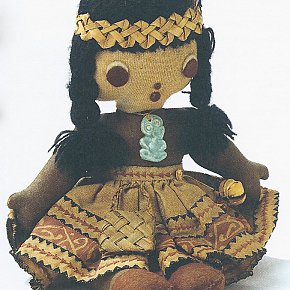 Although many of our toys were produced in factories, others came from the backyard shed and the kitchen table: trolleys, tin canoes, dolls' houses, dolls' clothes, soft toys, made by cash- or import-strapped parents or by children themselves. In a world where basic sewing, woodwork and metalwork skills were taught, toys could be homemade, although they were not always the wholesome... > Read more 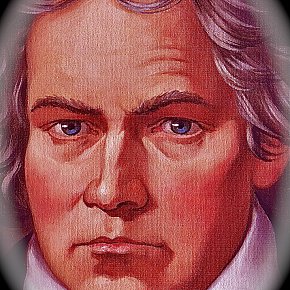 If Chuck Berry’s hit Roll Over Beethoven was meant to dethrone the composer from his place in Western culture, it didn’t work. In the intervening years, Beethoven’s music has featured in over 700 movies alone, not to mention a plethora of commercials and even on the ‘77 Voyager Golden Record sent out for extra-terrestrial appreciation (with Berry as a fellow... > Read more 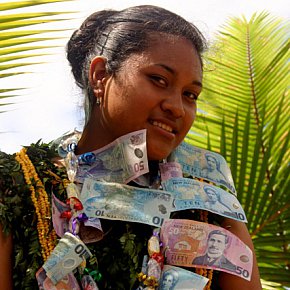 Niue. Have you been? It’s a beautiful, rugged, raised coral atoll in the South Pacific. It’s a place for adventure, discovery, disconnecting oneself from the ‘real world’. Our host, Graham Reid has spent a bit of time in Niue discovering the place, and, most likely, something new about himself. To find out some of his highlights and definite ‘to... > Read more 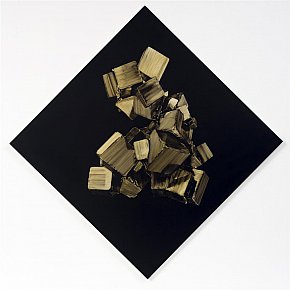 I am interested in making objects, paintings and installations that provoke questions about our magical thinking tendencies. Magical thinking refers to causal reasoning that looks for correlations between objects, acts and utterances, where there are no plausible correlations. Despite its proliferation amongst ‘modern’ people, magical thinking it is still commonly seen... > Read more 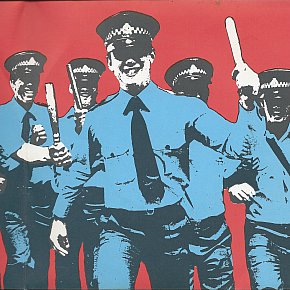 The story of political song in New Zealand is a mixed one. It goes from almost nothing to a flood to a trickle. For much of the history of popular song in New Zealand we simply did not make political statements in song – with very rare and sometimes accidental exceptions. Two of those exceptions are amongst the biggest hits of their eras and one was a definite pointer towards... > Read more