THE BEST OF ELSEWHERE 2018: THE READERS' CHOICES Well, we did ask!

Following Elsewhere posting its choices for the Best of the Year albums and The Best in Reissues (of what we heard, obviously a lot went past us) we invited Elsewhere readers to tell us what they were impressed by this year.

Here is what people told us . . . and where Elsewhere had reviewed the album we have highlighted it with a link to our original review. (Some people's choices were also in our Best Of lists)

Thanks to everyone who made the time, you have given us all some suggestions for holiday season listening.

Here is what people said (and some mentioned best concerts too).

Too Many Millionaires by Darren Watson.  Great blues with contemporary topics and a sense of humour

Mike feels much the same and says

my NZ albums are much the same as yours but I would add Darren Watson's excellent Too Many Millionaires to the list. Lucky to be in Wellington and be able to catch him regularly. My top three albums however failed to get a mention on your list and would be;
The Record Company's All of This Life
Bettye Lavette's Things Have Changed
Parker Millsap's return to form with a more electric Other Arrangements

Haden says an ask-around in the office came up with

Gomez, Bring it On 20th. It’s not new…its been around almost as long as Amanda Shires has … the remaster rips much like the album did 20 years ago …psychedelic rock you can tap your toes too…

Our best live Act of the year…four (out of four) votes for Shayne P. Carter in ChCh last week…it was phew!

it hasn't been a great year for new rock music it has to be said, and so I tended to listen to more jazz or world music music instead. A few good - excellent jazz records such as Kamasi Washington, Sons of Kemet, not to mention those John Coltrane/Miles Davis releases.

But the album that really caught my ear was My East Is Your West by Sarathy Korwar with the UPAJ Collective, an ensemble of Indian jazz and classical musicians. A culturally diverse album rich in musical colour.

The ladies have had a good year with top releases by Kasey Musgraves, Janelle Monae, Angelique Kidjo, Margo Price, Snail Mail and Pistol Annies but my pick of the lot is Isolation by Kali Uchis, a native of Colombia growing up in the U.S. Flight 22 is my song of the year and if there was any justice in the world then it would be blasting from every radio station over summer. But it won't be.

Loads of reissues, mostly great but the reissue of the first three albums by Wire (Pink Flag, 154 and Chairs Missing) gave me the chance to catch up on a band I inexplicably missed out on the first time around.

The Chills' Snow Bound - following on from Silver Bullets, Martin Phillipps and his band sound as fresh and youthful as ever.
Tom Petty; An American Treasure - this retrospective is about as good as it gets. Cannot stop playing it.
Neil Young; Roxy Live Tonight’s the Night - more classic Neil

Buddy Guy  - The Blues is Alive and Well

Would have also included TJW Bad Mouthin' if it was not already listed.

Ross puts us on an Elsewhere path saying he

loved Linda Ortega.
is mad about Grandson.
was wowed by Wooden Shjips and The War on Drugs.
I know its been covered but from the Old Dog department kudos to Mark Knopfler who knows how to put the tasty into tunes; Just a Boy Away From Home slipping silkily from blues rock via a couple of experimental licks into something else entirely... on Down the Road Wherever
Don't know the criteria for a 'reissue' but captivated by large parts of the Satya Sai Maitreya Kali - Inca compilation and the associated bio Swim through the Darkness by Mike Stax.

The year started cruisy, gig-wise, but then stepped it up to provide some solid and entertaining live action. Live highlights would be the Breeders, Perter Murphy does Bauhaus, Tim Burgess doing a button mushroom impression, Primal Scream, Brian Jonestown, the Chooks back on stage, crikey, where does one stop??? At the Church, Phoenix Foundation and NZSO? All so, so good.

Albums... BJTM, great. I'm still enjoying Beach House's 7. I got invited to the Kimbra gig, which I actually enjoyed and I'm gonna give her some ups for her latest album also! I'm digging Matt Berry's slightly junk-funk-style covers album...

Are you Being Served is my surprise hit of the year.

And I am in no small anticipation of Miki's Piroshka venture, which I hope will be with us very soon! First track is rather Lush, if ya know what I mean.

The Rolling Stones – Tattoo You

you gazumped me with Marlon Williams, The Beths, Julia Deans and Richard Thompson but

I would add Lucy Ducas' Historian, Ian Felice's In the Kingdom of Dreams and Mount Eerie's A Crow Looked at Me.

Apparently the latest Elvis Costello is good too.

The music highlight of the year was the David Byrne concert.

Blair weights in with

Ry Cooder; Prodigal Son. Might be his best effort yet and no right to expect it. Wasn’t that radical a departure incorporating gospel as some noted. Real guitar master, so lucky he is still around.

Neko Case; Hell On. What a voice, great songs & production, have to schedule a trip to Auckland to see her in March.

The Beatles; The Beatles. What’s this doing here? – “it’s the bloody Beatles” as Macca would say & this is their Holy Grail. Reissue of the year hands down.

Liam & Neil Finn; Lightsleeper. No coincidence perhaps as the same year as the White Album reissue, real assortment of stuff.

Marlon Williams; Make Way For Love. Could sing whatever is the equivalent of the phone book and make a mourning & memorable tune. This guy is only going to get bigger A Star is Born indeed.

Harry Lyon; To The Sea. Echoes of pub rock guitar and other assortment of styles. Great production by Delaney Davidson.

Need to mention David Byrne for reinventing a rock concert experience and The Church for reaffirming it – hard to pick between the two for “Concert of the Year”. We were so lucky to have both in NZ.

All Can Work by John Hollenbeck which is on bandcamp.

Samba Toure; Wande. Malian desert blues tinged with western blues licks but sung in his own language. Love it!

We overlap on The Beths and Richard Thompson, and Beatles and Bob reissues. All good.

Track of the year: Janelle Monae; Make Me Feel

Double Negative by Low was his album of the year

For Mike it was

Tedeschi Trucks Band, Live from the Fox, Oakland. 2017 but didn't hear it till this year.

Bob says his reissue was

John Coltrane and Johnny Hartman  (which was included in this set)

Bernie agrees with us on

The Necks – Body. Hypnotic music which defies categorisation. Go, listen.
Holger Czukay – Cinema. A retrospective of this wonderful musician and former Can member, who has sadly passed away. There is equal genius and humour in his work.

Robin sneaks in with

And finally Tom keeps it pithy with

thanks to all of you

Best live gigs: Delaney and band at the Wine Cellar, Dimmer at the Kings Arms, SJF at the Powerstation (was interesting to compare the diffences between the two Dimmer + "special guests" / SJF gigs).

Best live gig? Wreckless Eric at the friendless Tuning Fork. Personality, both tunes and tuneless, a magical couple of hours. Beats out the David Byrne concert at the neighbouring Spark Areana, good as that was - although Roger Waters was pretty out there. 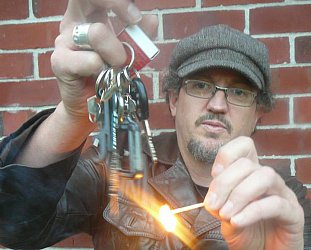 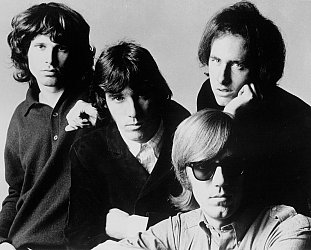 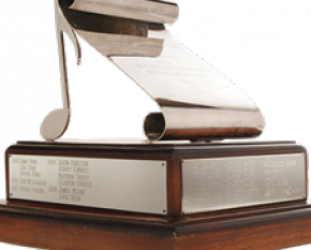