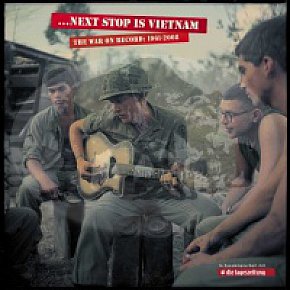 On Christmas Day 1969, at age 18, I flew in to Saigon. It was 10 months after the Tet Offensive which saw Vietcong soldiers at the door of the American embassy in Saigon and the war was at a peak. I went to Vietnam because I was curious . . . and because could. In fact, surprisingly, anyone could. Saigon, the capital of South Vietnam, was on PanAm’s regular route -- PA001 if I... > Read more For director Jane Campion to have as noted a composer as Michael Nyman to score the soundtrack for her film The Piano was as simple as a phone call. From his home in Toulouse, Nyman -- whose extensive career is best known for his soundtracks to Peter Greenaway films – acknowledges that he knew Campion’s previous films Sweetie and An Angel At My Table and "one does sit... > Read more

Michael Nyman: The Promise (from The Piano)

Some months ago the Auckland photographer Chris Van Ryn, whose innovative and often moving work I have long admired, told me he was putting a collection of some of his images into a book. I was genuinely excited for him because it meant his work would get to a wider audience. He asked me to the write the foreword. The book is now published -- a handsome volume where Chris writes a short... > Read more 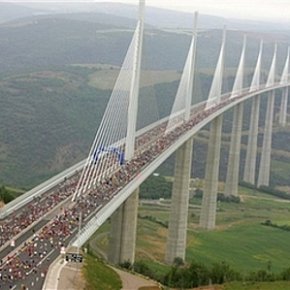 We live in a cynical world, as Jerry Maguire said. And there are reasons to be cynical: corruption and graft, deja-vu politics, corporate fraud and payouts, famine and futility … Yet it is also too easy to by-pass healthy scepticism and head straight for the negativism of a suspicious, cynical view of Man and the world. Cynicism seems to be at its most refined among those who... > Read more 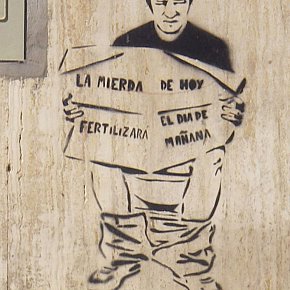 You can’t help notice that the skin of Buenos Aires is heavily tattooed: not just with graffiti, but by large and vivid murals, and spray-on stencil art. You can spend a lot of time looking at the walls of Buenos Aires. Many murals are clever and colourful but the graffiti -- mostly just tagging -- is as absurd and incomprehensible as any. There are whole areas of the city which look... > Read more 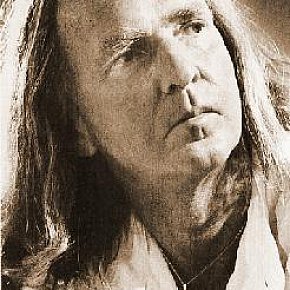 Late in 1992 in one of his increasingly rare interviews, British classical composer John Tavener uncharacteristically hit back at the critics who had been sniping at his most recent work, The Protecting Veil. After noting that critics want their intellects tickled but had forgotten about the intellect of the heart, he skewered them for their shallowness. “They don't know the... > Read more

John Tavener: The Protecting Veil (played by Steven Isserlis, cello, and the LSO, 1992) When the English author Thomas DeQuincey was describing nightmarish drug-induced visions in his early-19th-century autobiography Confessions of an English Opium Eater, he reflected on curious and compelling images he had never seen. They were a set of engravings by Italian artist Giovanni Battista Piranesi, and DeQuincey referred to descriptions of them by his fellow author and... > Read more 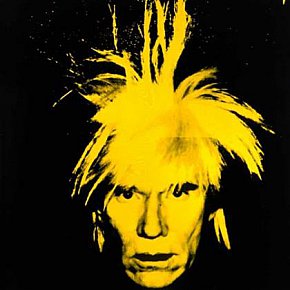 “People are always calling me a mirror and if a mirror looks into a mirror, what is there to see?” -- Andy Warhol. There's a scene in an Austin Powers movie in which the superspy and international man of mystery is in his London bachelor pad. Amid the iconography of the Swinging Sixties is a large multiple portrait of Powers rendered in flat, garish colours. In... > Read more

The phone call is an hour late and catches Felipe Fernandez-Armesto at dinner with his father-in-law. Apologies are cheerfully rebutted by impossibly rounded vowels which roll across the global link direct from Brideshead Revisited. My apology includes how I relied on an international telephone operator to calculate the time difference -- and assumed she would tell the truth. He... > Read more 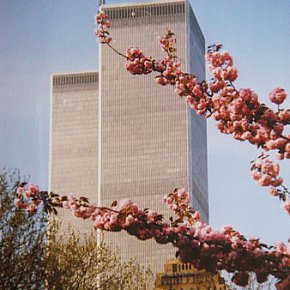 Beyond the wingtip is a clear blue sky, exactly the same kind out of which tragedy arrived a year ago.It is September 11 and I'm flying into New York, America's capital of brashness but which now has a hole in its heart.Security today has been tight as expected in a country on "orange alert" (one down from "red alert") but as I have hopped from Los Angeles to... > Read more 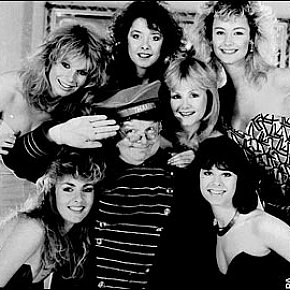 When writer Tom Hibbert sought out Benny Hill in the early 90s for a “who the hell does Benny Hill think he is?” magazine article, he found the shy, defensive star tucking into cod and chips in a pub surrounded by old friends. That was the odd thing about Benny Hill who died in 1992: he was desperately ordinary to the point of eccentricity. With Hill in the South London pub... > Read more 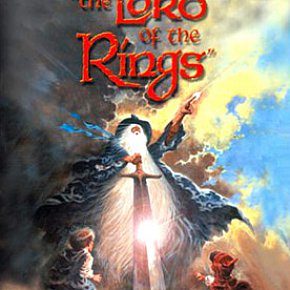 A handsome blonde organ-playing Scandinavian with an interest in The Lord of the Rings? It almost sounds like a soft-porn joke, but Bo Hansson from Sweden has a small but early stake in Tolkien-trivia. In the late-Sixties, as with many of that pothead period, he was so taken by Tolkien's trilogy he decided to record an album, Music Inspired By The Lord of the Rings. It's not bad either... > Read more

Marion Arts: O Shining White (from the album Songs of the Rings, 2000) 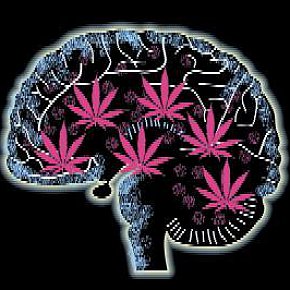 As the 21st century dawned there was considerable argument in New Zealand about whether marijuana should be decriminalist, a debate prompted by a Green MP Nandor Tanczos attempting to bring a bill before Parliamant along those lines. People took positions on the far ends of the spectrum. As this happened I went to the editor of the New Zealand Herald where I was a feature writer and... > Read more 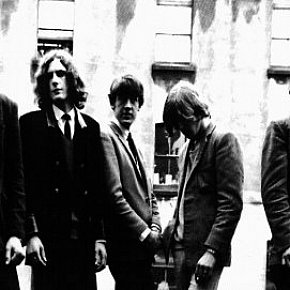 “I hear the Queen City callin' . . . yeah, the whole place is rockin' . .  . " -- Peter Lewis and the Trisonic, Four City Rock, 1960 Although Peter Lewis also noted the Windy City, the Garden City and Dunedin (rhymes with “freezin' “) in his classic celebration of New Zealand rock'n'roll scene Four City Rock, he kicked off most... > Read more 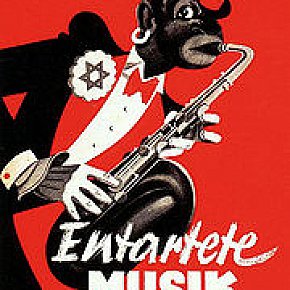 Back in the early NIneties there was a modicum of good news about the career of the German rock band Endseig whose name meant Final Victory. It was that they weren’t particularly popular and their records sold fewer than a couple of thousand copies. That however may come as small comfort to anyone who scans their lyrics. “Throw them in prison of concentration camps . . .... > Read more 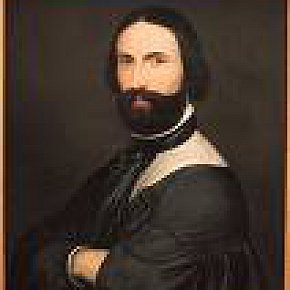 Antoine Wiertz was one pretty sick bastard all right. The gallery he demanded be built to house his gigantic paintings in his adopted hometown of Brussels is  testament to an artist obsessed by death, disembowelment, rape, damnation and a virulent sexuality. Everywhere flesh is impaled or torn, eyes glisten with horror, and spears drive through bodies. Over there is a beheading, on... > Read more 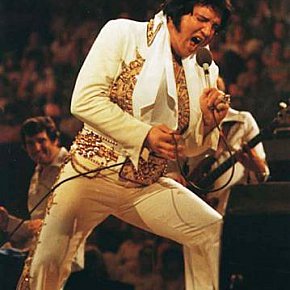 John Lennon was only half right when, on being told that Elvis Presley had died, said, "Elvis died when he went into the army". In part that was true: before his posting to Germany Elvis was the archetype for rock'n'roll; after the songs got soft and the Hollywood movies rolled out with increasingly dreary predictability. There were of course continuing flashes of greatness:... > Read more

The death of Elvis Presley Popular culture loves nothing so much as the early death of an obvious talent. We are left with questions and the speculation on just what direction the gift might have moved in had the artist lived. Some of that discussion will doubtless be aired with the Auckland exhibition of works by Thames-born painter Rhona Haszard, who fell to her death from the fourth storey of a tower in Egypt in... > Read more 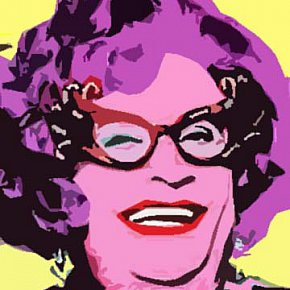 At his first Pan-Australia Dada exhibition, Barry Humphries had packages printed up bearing the name Platitox, which allegedly contained a poison to put in creeks to kill the platypus, that much-loved, much-protected and playful native animal. “So why have an exhibit which offers a pesticide to destroy these animals? Because everything was in its place in Australia,” said... > Read more 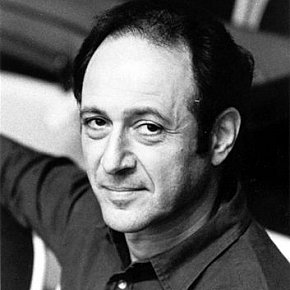 American composer Steve Reich finishes telling of his new work – an enormous three-years-in-the making multi-media project – and then reflects on the austerity of his early music which enraged audiences two decades ago. “Yeah, it’s easy to see backwards and how all these new things came from that early stuff – but it isn’t so easy to see forwards.... > Read more